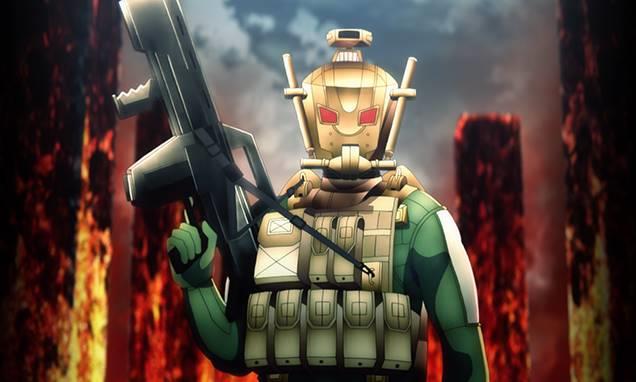 I made the mistake eight years ago of not picking up the first release of Shin Megami Tensei: Strange Journey. So when the news came out of a remake on the 3DS, you’d best believe that I’d be getting my hands on it. Unfortunately over the course of my play time and this review I forgot one of the cardinal rules of the Shin Megami Tensei universe. Save, after every fusion, save. After every encounter, save. After every story beat, save. Save, damnit, save. A couple of unnecessary (and sometimes unfair) deaths later, I’m still in love with this game, and this franchise, even if they did send it to a platform that’s in the middle of its death throes.

For those who missed out on the first trip of this ‘Strange Journey,’ there’s more to this game than the original story, with three new endings, and the inclusion of an all new character, Alex, who was dead set on hunting me down and killing me and the rest of the crew on this expedition into the Schwarzwelt. A blight that has opened up in the South Pole that leads to an alternate dimension where demons are commonplace and the world is enveloped in chaos where the landscape is ever changing and is ruled over by tyrants. As one of the crew members of this task force that is charged with exploring the Schwarzwelt, my decisions ultimately determined the fate of the other humans on this expedition after the sudden death of the captain, leaving my character in charge to execute on the mission. The ultimate goal is to get back to home, but with the state of Earth being what it is, running short of resources and marred by overconsumption, is it worth the effort to get back?

Strange Journey Redux plays very much like the other games in the Shin Megami Tensei franchise. Exploring a map in a first person view in a fashion that is similar to the old dungeon explorers from the early PC era. Battles occur at random, and each one can be a fight for survival depending on the difficulty setting. Even at the default difficulty I still found battles could be a bit tough to bear if I didn’t go into them without proper planning. Or I could sometimes have rotten luck from a demon conversation going bad. A staple in the Shin Megami Tensei series, demon conversations are how players can recruit demons to their cause. However with my Neutral alignment, a lot of chaotic demons wanted nothing to do with me, making them tough to recruit, meanwhile lawful demons would look down on me as if I were unworthy. Conversations and the responses from demons almost felt random at times, until I started to acquire some of the ‘apps’ for my Demonica suit that made it easier to recruit them. 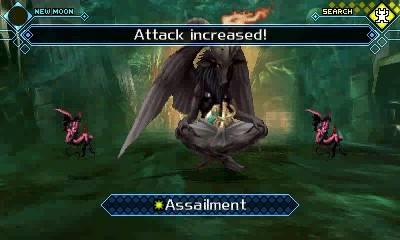 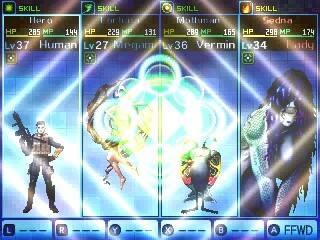 One aspect where this game differs from a traditional Shin Megami Tensei game is the requirement to find materials to create consumable items and gear. This means farming enemies, and using the Demonica suit apps to track down hidden items and the enemies who carry them. Money is also tight in this game as healing items quickly eat up chunks of Macca while out in the field, coupled with enemies that have skills that can drain money, I constantly found myself coming up short and would resort to periods of grinding just to get enough money to buy new gear or apps with plenty of raw materials on hand. I’m glad they did away with this in future games, because it was a bit of a hassle to go back to that system.

Combat is also using an older system from other Shin Megami Tensei games, but it works out quite well for what it is, straightforward turn-based combat where weaknesses need to be exploited. Where as Shin Megami Tensei 4 would offer extra turns for exploiting enemy weaknesses, Strange Journey will offer additional attacks from allies that carried the same alignment as me. So having a full party of neutral demons was always my best bet as it meant massive extra damage when I would hit an enemy’s weak point. Nowhere was this more useful than against the ‘Tyrants’ that ruled over each level of the Schwarzwelt. These bosses were some of the toughest fights in the game at every level, with some of the EX Missions supplementing their difficulty. Thankfully the difficulty can be changed at any time for those finding things to be a bit too dicey and just want to enjoy the story. If there’s one place where Atlus has learned to bend, I’m glad it’s here, because some of their earlier games could be nightmarishly difficult. 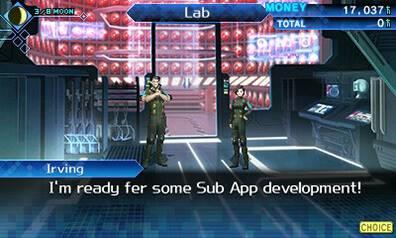 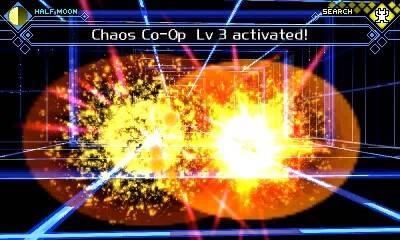 Visually this version isn’t that much of an upgrade from the original based on comparison screens that I’ve seen. There are some touched up bits of backgrounds, the font has been adjusted, the UI has received a bit of an overhaul and overall the game is full of quality of life improvements. The game now looks a lot cleaner and feels a lot more modern. The audio has been reworked as well and a smattering of voice acting has been added all around the game, although it is only a Japanese language track, so that may be a turn-off to some people.

So despite my boneheaded and lackadaisical approach to this game, I eventually got my act together and had a good time with Strange Journey Redux. Although this game is a massive time sink, so if you’ve got games on the horizon, then this might clash horribly with your schedule, coupled with the fact that this is on the 3DS, which has really fallen out of my interest thanks to the Switch, and this game feels like it was sent out to die. That would be a terrible shame if people missed out on this game just because of the platform on which it is played. So I’m here to tell you to play this game, especially if you missed out on it the first time around. I’m glad I got the chance to dig into this one again for the first time, and if you’ve got a JRPG itch, this is the perfect game to scratch with.

Shin Megami Tensei: Strange Journey Redux is a really long title for a really long game. But this game is a great swan song for the 3DS hardware and the perfect JRPG for on-the-go gaming next to Persona 4 Golden.