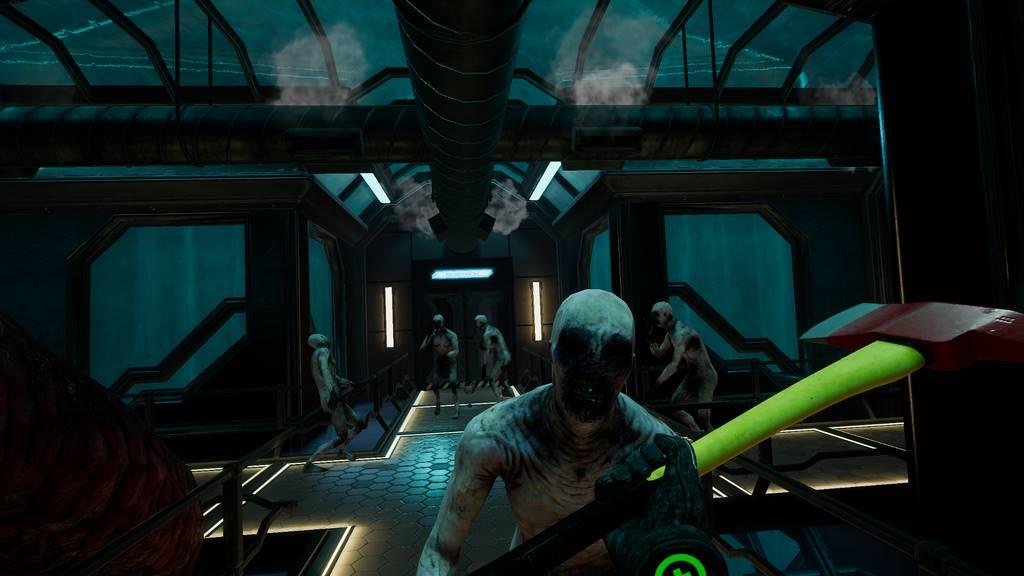 Spooky things are spookier in VR.

This might not make a lot of sense to gamers that have not tried a horror game in VR. The imagery is the same as a game played on a monitor. The settings are the same, the music and sound design are the same. Why should playing in VR be any more effective than when seeing the same images on a TV screen? But something happens in your brain when you play a good horror game in VR. The illusion of being in a real place takes over, and though you consciously understand that you are playing a game, the lizard-brain sub-conscious starts shrieking at the conscious brain.  “We are in a bad place!” it cries. “We should not be in this place! You are responsible for our safety! Get us out of this place!” 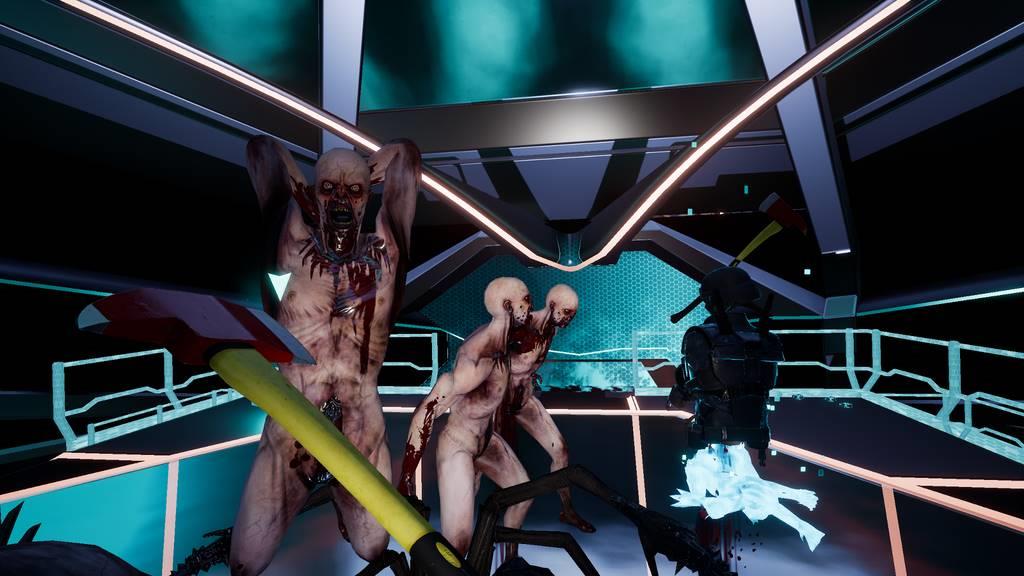 I first noticed this effect when playing through the Resident Evil 6 demo on PS VR. While wandering around that seemingly abandoned rural horror show of a house, my brain started pummeling me with panic alerts. While I was having a grand time playing a video game, my sub-conscious was dashing around in circles setting little fires.

You see, Killing Floor: Incursion does not respect your personal space. In fact, the monsters and “Zeds” in Killing Floor actively run up into your grill, distracting you with their threatening snarls and flailing attacks, and all the while, other awful creatures are creeping up behind you. This leads to moments where you fight off an encroaching horde, pausing to catch your breath, and turn your head to find more demonic creatures inches from your face, breathing down your neck. The effect is mind-blowingly terrifying. To call it a jump-scare is a disservice to the sadistic bastards that created the “Boundary” effect. It is terrifying in a very immediate and primal way. You can almost physically feel the presence of beings behind you.

So, yeah. If you were wondering, Killing Floor Incursion is spooky.

It’s also pretty funny. I’m not 100% sure what is going on in the maybe 3-hour story, but whatever it is, it is delivered with wit and style. The storyline somehow involves you being in a coma, and the simulated scenarios you are being subjected to in your mind are actually impacting the disease that is threatening you in the real world, and maybe that’s not really happening, because another faction keeps breaking the feed and telling you not to trust anyone. In the end, it’s a big “whatever, who cares”, though it does provide some chuckles, because the dialogue is sprinkled with generous helpings of dark gallows humor.

The story is really just an excuse to run the player through four beautifully realized and unique location-based scenarios. And of course, the simulation aspect of the narrative gives the development team an excuse to openly spawn bad guys right in front of you (and behind you), giving you the sensation that you are never safe. Nothing really bad happens if you die in game, you just start up again where you got killed after a five second breather. But that doesn’t prevent you from totally spazzing out, trying to stay alive.

After a brief training area to teach you the serviceable controls, things kick off with the player dropped onto a lonely, dark country road outside of an abandoned farm house. Just one look at this place and you will know that nothing good is going to happen inside. However, players are not in for a Resident Evil 6-style deep-dive exploration of that space. Instead, exploring the scary farmhouse is - while not exactly breezy and light – fairly straightforward. There are a few puzzle pieces scattered about, and finding them and plugging them into place while battling your way through the undead hordes wins the day, and allows you to move onto the boss battle. Each of the four settings follows this pattern. Fight your way through the crowd, solve some light (but fun) puzzles, then engage with the boss in an arena specifically designed for battling bosses. 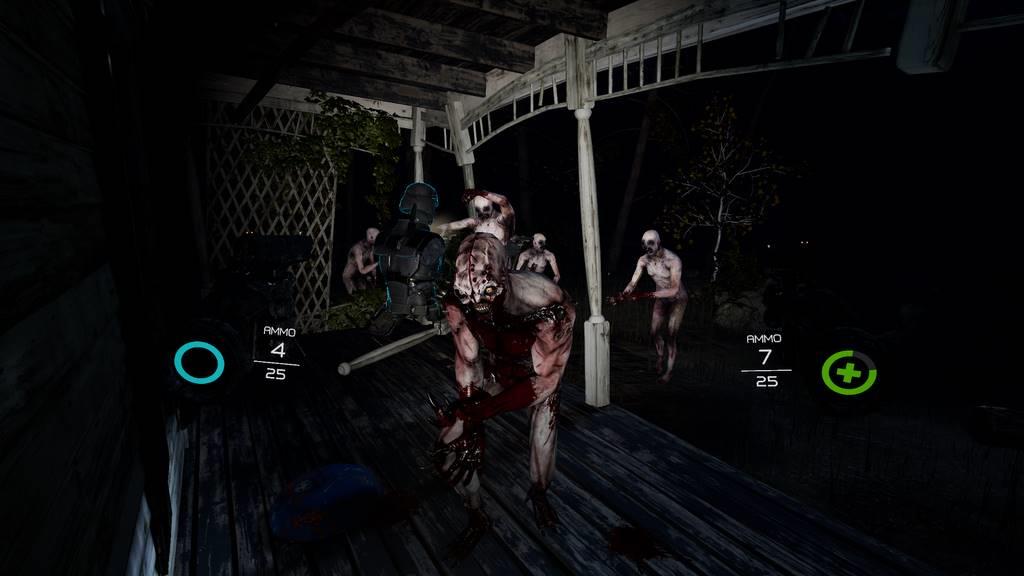 The boss battles are a mixed bag, ranging from standard to spectacular. The first two are fought in wide open spaces, with lots of respawning ammo and health packs littered about. Bosses are basically bullet-sponges, and you simply have to dash around to stay out of their reach until you have unloaded enough lead into them that they fall. I was expecting the third boss fight (which takes place on the rooftops of Paris) to follow this same pattern, so I was totally taken aback when I was presented with an extremely unique and challenging fight unlike anything else I had encountered in the game.

Let me digress for a moment: The third area in the game starts in the catacombs beneath Paris, and slowly works its way up out of the sewers, through a business building, and finally to the rooftops. Along the way, players are introduced to the sniper rifle, which is the best weapon in the game. Though totally unusable in regular combat, Killing Floor’s sniper rifle nails the feel of shooting with a scope better than any other VR game I’ve played. You support the gun with your off hand, and raise it to your eye. Instinctively, the eye that is not pressed to the scope clamps shut.  As I have little real-world experience with sniper rifles, I found myself reverting to techniques that I’ve learned via videogames; you line up your shot, hold your breath, and squeeze off the shot. The fact that you support the gun with your off hand makes you realize just how difficult free-shooting with a sniper rifle must be. Landing shots is tremendously satisfying, and frankly, I now want an entire game based around this mechanic.

Back to the boss fight: you are standing in the middle of rooftop, surrounded by taller buildings. A bad guy appears on a nearby roof, and starts flinging fireballs at you. You grab the sniper rifle and, using three or four shots while displacing to avoid the fireballs, pick him off. Then two more bad guys appear on nearby roofs, at opposing angles. Not so easy this time, because now the fireballs are coming at angles that can catch you in the back while you are lining up a shot. But with proper displacement and some attention to lining up quick shots, taking out both guys is still doable. But then three more bad guys show up. You beat them, and four more bad guys show up. And somewhere in the mix, run-of-the-mill zombie-types start spawning on the roof with you and attacking. This fight had me laughing so hard that I could barely aim my sniper rifle. I was teleporting all over, trying to line up shots, screaming at the relentlessly spawning zombies, dropping the sniper rifle, pulling a handgun to squeeze off a few head shots, picking up the sniper rifle, cursing the fireballs, dodging to a safe spot, screaming at the zombies again, doing head shots again, managing to get off one lousy shot at a rooftop guy, missing, cursing again, on and on and on. When I finally beat this thing, I was sweaty and out of breath, and felt as though I had just been running for my life for thirty minutes. This is a fine piece of video game engineering, and the chaos it presents is so far above and beyond the other boss fights in the game that it was utterly unexpected. In a good game, this is a moment of greatness. 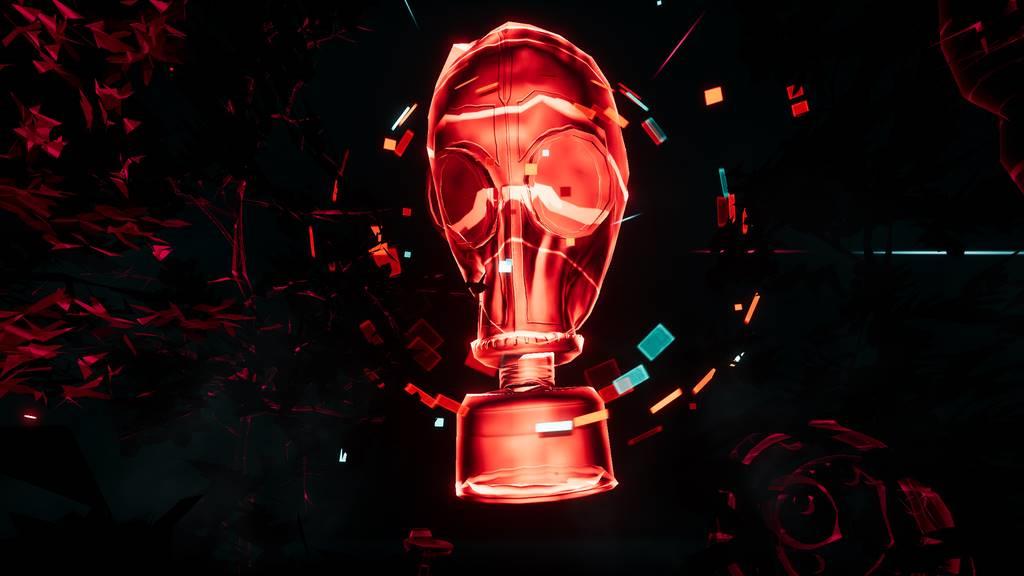 Beyond the sniper rifle, weapons perform as expected. I feel like I might have been getting a bit of aim-assist with some of the guns, but that’s fine with me. I also enjoyed swinging the Rambo-knife and fire axe around wildly when confronted with a crowd of bad guys, leaving a forest of severed limbs heaped on the floor. And when all else fails, you can just punch zombies in the head. Nice.

The entire game is playable in multiplayer, and the experience is fantastic. While you lose some of the tension of being the lone soul facing down the undead horde, having another player in-game to cover your back is a different sort of fun. In addition to the story mode, there is a horde mode that, while entertaining alone, is much more fun in multiplayer. Killing Floor Incursion is a game that thrives on chaos, and there is just so much more chaos with two people contributing to the carnage.

The visuals in Killing Floor are outstanding. Much of the game takes place in darkened areas, and I never felt that I had to struggle to see what was going on. Being provided with an in-game flashlight helped with that, of course. I also noticed that the “flicker” effect that sometimes plagues PS VR games is completely absent, and whipping my head around to look behind me was smooth no matter who spastically I was contorting myself.

Killing Floor VR is a premium product, and I greatly enjoyed the time I spent letting it scare the pants off of me. I have never engaged with the primary Killing Floor titles (which my son describes as “like Call of Duty Zombies, but way better”), but I’m going to definitely take a look now. Like Doom VR, the Killing Floor VR experience made me reconsider my dismissal of the entire franchise, and now I am interested in going back and checking out the earlier games. I wonder how many other franchises might benefit from this strategy. If you put me on a roller coaster ride for three hours, and I laugh and clap like an idiot, I’m going to be interested in seeing what else you have to show me. Killing Floor Incursion made me laugh and clap like an idiot, and that is high praise indeed.

Killing Floor Incursion reminded me of the old Mr. Toad’s Wild Ride at Disneyworld, in the way that it careened wildly from place to place, oscillating between thick tension and psychotic action, keeping me totally amused and off balance. From some of the best (and well-earned) jump scares I’ve experienced in a game, to one of the greatest boss fights in recent memory, Killing Floor kept me gasping and laughing for its entire duration. The tension ratchets unbelievably high, and the simple act of peeking around a corner can lead to coronary trauma when you realize that something is standing right behind you. Like any good rollercoaster ride, Killing Floor Incursion delivers the chills and the fun in equal measure, and is well worth the price of admission.