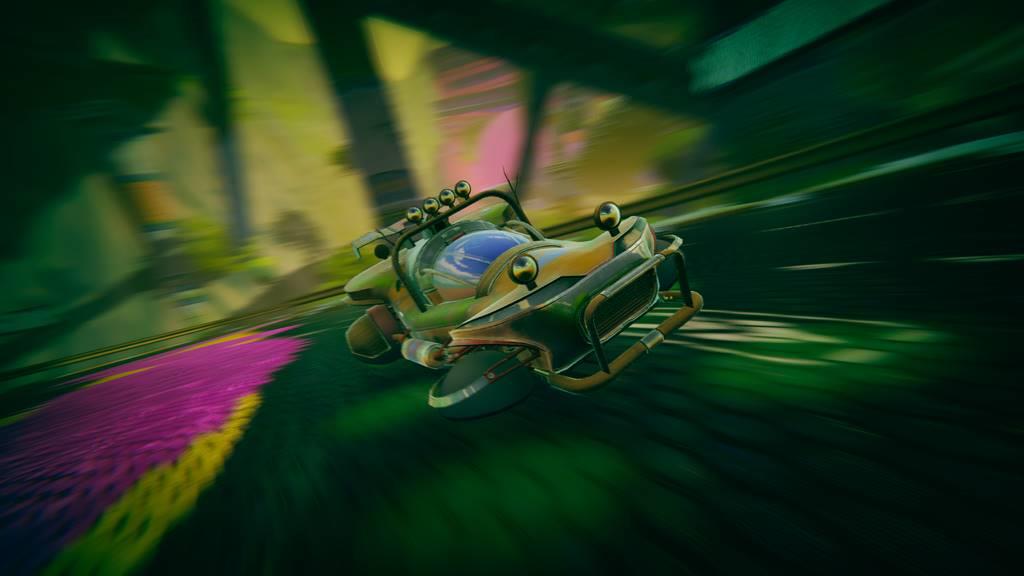 More and more there seem to be games for young kids. Not that parents seem to care a whole lot about what kids are playing these days, but there is more of a choice in kid games than there ever has been.  I’m not saying that an eight year old cannot play Black Ops III as well as an adult (in fact, I have gotten owned by a few of these little miscreants) but that—maybe—there would be more appropriate games out there. That’s where Trailblazers comes in.

On the surface, the game looks like someone went completely nuts with a Hot Wheels track and a bucket of paint. This isn’t very far from the truth. Trailblazers is a futuristic racing game that incorporates paint as a way of boosting performance through the race. It is a simplistic concept and it doesn’t stretch the imagination very much farther from there.

Trailblazers has a story mode, 1v4 local, and 1v4 online racing options. I progressed through the story mode, but can say that the multiplayer versions work as fluidly as the story does. It is probably the least competitive multiplayer I’ve ever played, though it will work for a group of kids to play together.

The way the race is run is to paint your way around the track in a way that you can use it to boost in consecutive laps. The more you boost, the faster you go. Your paint increases the amount boost and other colors slow you down. You are also able to use the boost as an attack. Paint shoots forth from the front of the vehicle and spins your opponent out. It also leaves a paint trail to increase the amount of boost lines you have on the track. There are other helpers like your AI partner’s trails and paint gates that give more lines to boost with.

The story mode is as exciting as a wet noodle and as intricate as a straight line. There are eight standard people/aliens to control and another bunch that come in as you go. The conversations are typed out and are accompanied by gibberish sounds from each character. It is crazy that with a conversational storyline that we are dealing with no talking whatsoever. And, moreover, for a game targeted at a young age group, you would think that a) the kids wouldn’t have to read each part of the story, and b) that they would be able to hear some of the speech for entertainment value. It would be like a Sesame Street where every character could only say, “mahna mahna.” 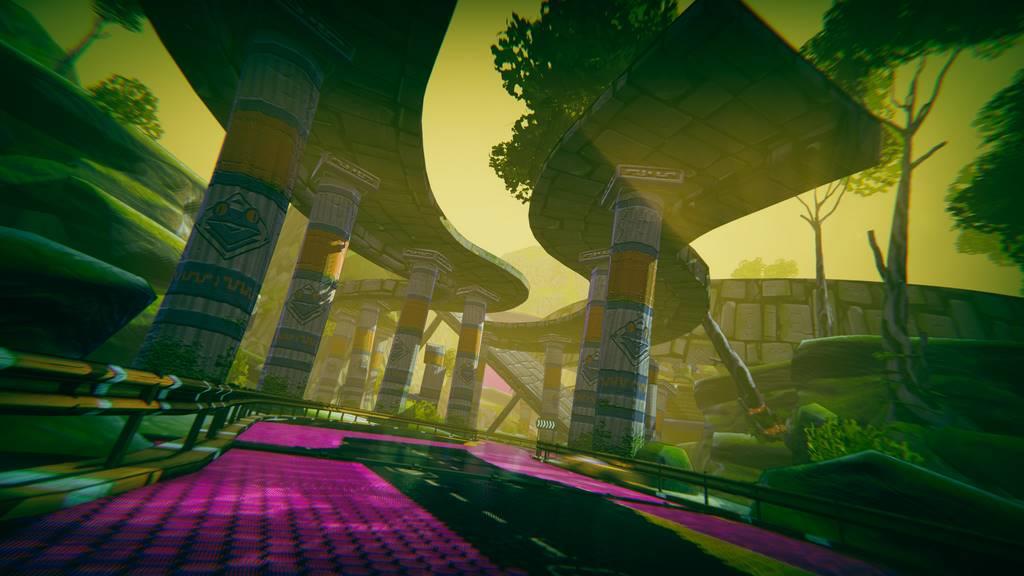 Each character goes through some type of scenario where they have to prove something or win something. As you go, you will use different characters and vehicles and finish each race with very little angst. The scenarios are pretty simple, like “get boosted 3x” or “hit 6 gates,” but ultimately you can progress on without making most of the challenges. There is very little challenge to the game besides racing around and doing the best you can. There isn’t even a difficulty setting to change.

The music is as lively as a video arcade. The songs are gleeful, upbeat and completely annoying. There is nothing about the music that is good—at least for anyone over say…nine. The sound effects are kind of mediocre too. Almost like someone is using an older soundboard full of goofy .wav files. It kept reminding me of those really cheesy Looney Tunes cartoons that ran between the good ones and had characters you’d never seen before. Goofy music, bottom-barrel sound effects and not a whole lot of good voicing. 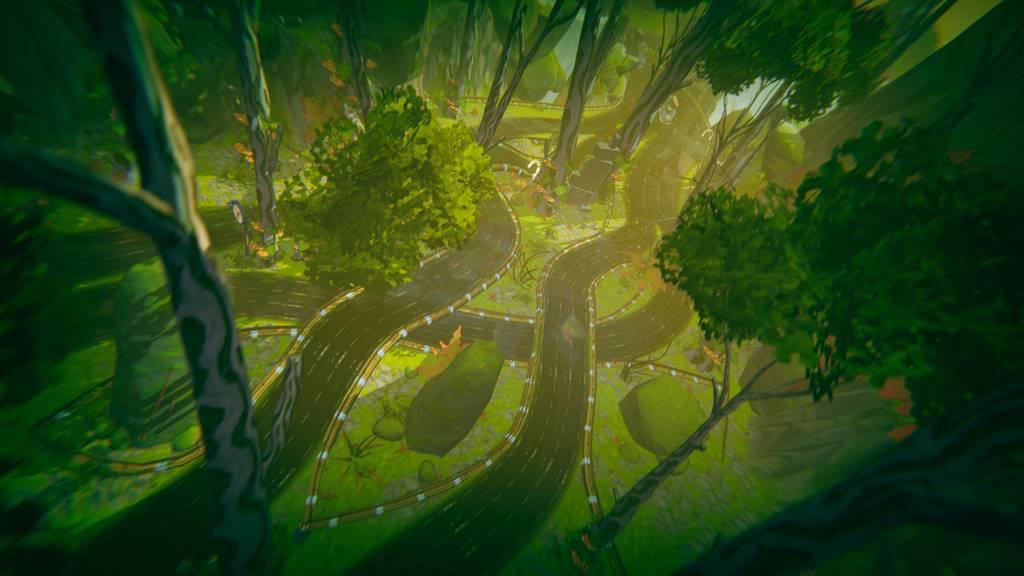 The game, for the most part, plays a lot like any of the Mario Kart games, but there is a lot less content. There are no extra power-ups; no choosing which car to use; bland characters; no upgrading cars; no customizing anything; very few on-track helpers; no collectible shields or weapons of any kind; and not even a reason to come in 1st place.

I can say with certainty that this is a really decent game with not a whole lot wrong with its gameplay. I can also say, however, that it is a game for the very young at heart. As a 30-year gamer, I was bored within three races and flat-out fatigued after 10. Even with a few bells and whistles, the game suffers from over-simplicity and would need a major influx of changes and additions to make a “for everyone” type of game.

Trailblazers is a race-and-paint game for children. With its smooth, consistent gameplay and simplistic challenges, a group of toddlers could be content for hours. Just don't be surprised when the 12 year old is reaching for Grand Theft Auto instead.