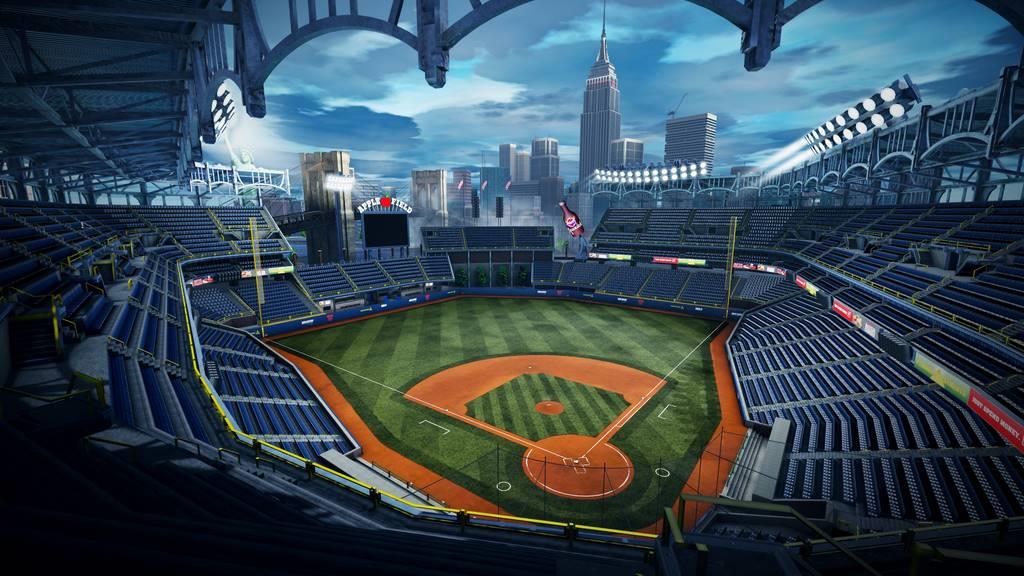 It is no secret that I am not a fan of most of the major sports gaming.  The reason is that the storyline, gameplay, and controls have – to me – gone off the deep end. Maybe I should give a little history. My first basketball game was Atari’s Basketball. Not “Kobe Bryant 2K20". Not “Jerry West’s Championship”. Just… basketball. There were two players and the object of the game was to score the basketball with the press of one button. Since 1979’s game, I have played over a dozen games ranging from NES’s Double Dribble, to NBA 2K17’s latest installment for Xbox. Most of the games of yore were fun because they were simplistic and had one goal: to have fun. Nowadays, the sports games have to be so in-depth, that you can probably pick the size of your jock-strap. I digress.

Super Mega Baseball 2- on the surface - sounds like a four-dollar game resting in some “never-sold” bin at your local game store, but I can assure you, it is definitely not. The main screen shows the typical: Play, Options, How to Play, and Shop menus, but from there, it is quite expansive. After hitting the “Play” button, there is a plethora to choose from. Exhibition, Pennant Race, Elimination, Season, and Customize. It gets deep quickly.

Exhibition is a simple game that is connected to no particular season or tournament and can consist of 4 different players. Pennant Race is a multiplayer setup that consists of 1V1 games with standard teams to see who can end with the best record after the allotted time is done. Elimination is 1-2 players vs the computer in a playoff type tournament. Season play is 1-2 players vs the computer for a season of play – as in regular baseball. There is a Custom Season – which allows made up teams and characters. And, finally Customize. This is where you can change stats for teams and leagues to your hearts content and use them in the above categories that allow them. My focus was on the custom season where I was able to create a team. 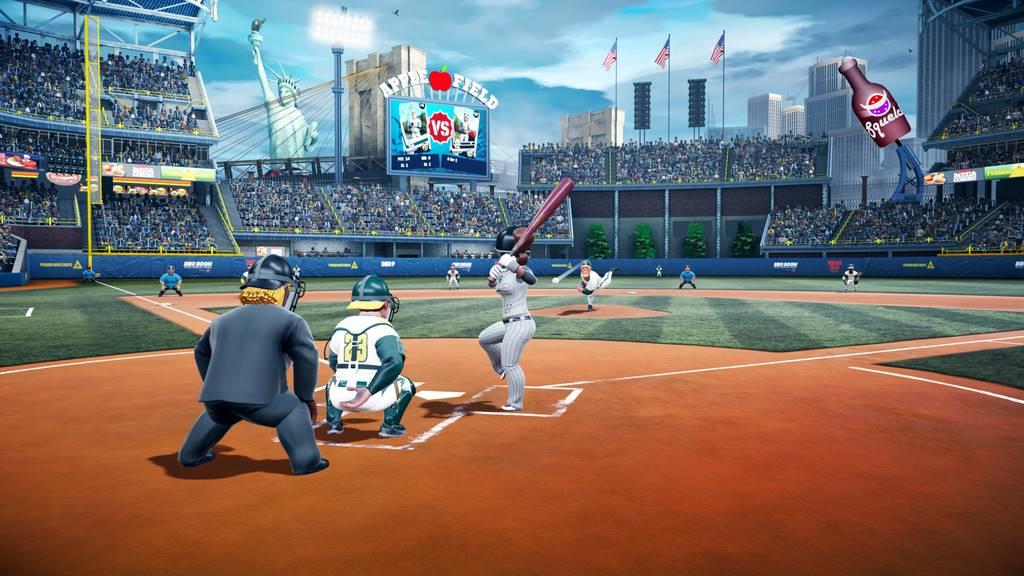 Teams are made up of 8 starting players; 5 bench players to sub-in; 4 starting pitchers; 3 relief pitchers; and a closing pitcher. There are up to 8 conferences and 32 teams. You can play up to 200 games per season, and 1-9 innings per game. Really, however much you wish to play… you can make it so.

Players are made with stats comparable to regular baseball, but in a very simplified system. Obviously – name, number and position, but there are more to edit as well. There are 5 fields that you can also adjust: Power, Contact, Speed, Fielding, and Arm. These can help you tailor the perfect line-up. Need a good first baseman? Give him/her fielding and speed. Need a power hitter? Give him/her power and contact. Pitchers get a tertiary set of numbers to fix: Velocity, Junk, and Accuracy. I tried to make a variety of players to make it realistic, but I did favor on the “above-average” side of things. The players themselves can be made with two genders, a dozen heads, different body sizes, and even expressions. Heck, my bench 3rd-baseman looks like Dr. Strange. The team can be edited with different names, stadiums, colors, graphics and line-ups as well. 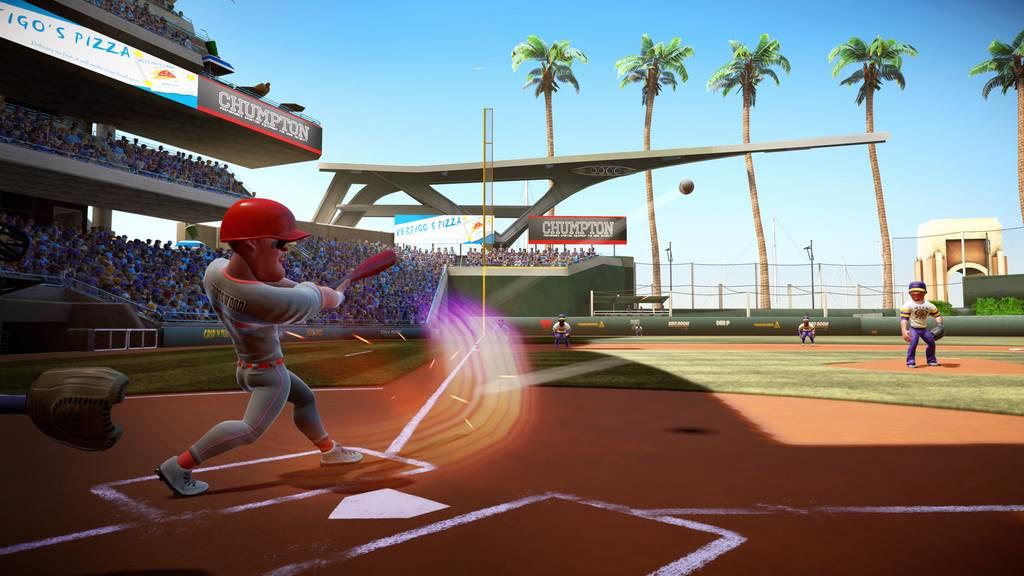 From here, gameplay is as typical baseball as you can get. The pitcher has from three to five different pitches to throw and the game does a rather nice job of making it more than hitting the “A” button. You can use the “A” button for a standard throw and “X” button for a fancier one. The way the pitch system works is you pick a type of pitch, where you want it to go, and then hit the A or X button to throw. From there, a reticle appears and you must get it to the point where the pitch ends before the pitcher finishes his throw. A number value between 0 and 99 will let you know how good/accurate of a pitch it is. And just because it is a 97-point pitch, doesn’t mean it cannot be hit if you throw it right in the sweet spot. You have to place the pitch in good spots as well.

The batter, like the pitcher, has two types of swings as well. There is the “A” button – for making contact, and the “X” button or RS – to crush the ball. The crush option is tougher to do correctly but will make the ball go farther and faster than the other type. This can make a difference when the bases are loaded vs. getting the lead-off hitter on base. 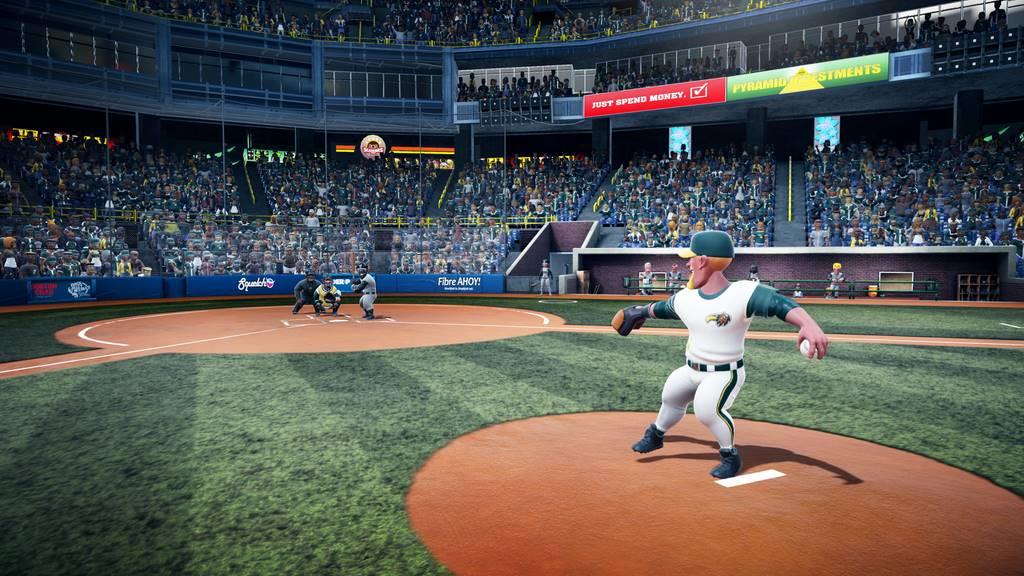 I can happily say that the remainder of the game is typical baseball as well. Errors, stealing, hit-batsmen, walking, substitutions, home runs, etc. are all present. The game (unlike in real life and the crazy-complicated sims of the past few years) only takes about 30 minutes for the full 9-inning game. Even with subs, 20+ hits, and extra innings, the game is still well under 45 minutes. It is pretty perfect!..., well, not quite. There are issues with both gameplay and the game itself.

As far as the game itself, there are a few annoyances that grab your attention. There are no real names, teams, or sponsors. There are no logos, no team likeness, no real stadiums, and no way to make a “Pirates” team if you wanted to. The names of the players are also a bit on the childish side. They made the game feel like a homage to Garbage Pail Kids, rather than real-life. Names like Worrymore, Concentrado, and Appleseed are just a few of the gems. There are also only 20 players on a team, so it is a bit hairier when having injuries or tired players. The biggest qualm I had with the game came in the form of there being no practice area whatsoever. I found myself needing to practice hitting in the worst way and the only way to do this was to either make a zero-difficulty league and have to pitch between “ups”, or to have a second player added to do the same. There should be an area to practice hitting, running, pitching and base-stealing. 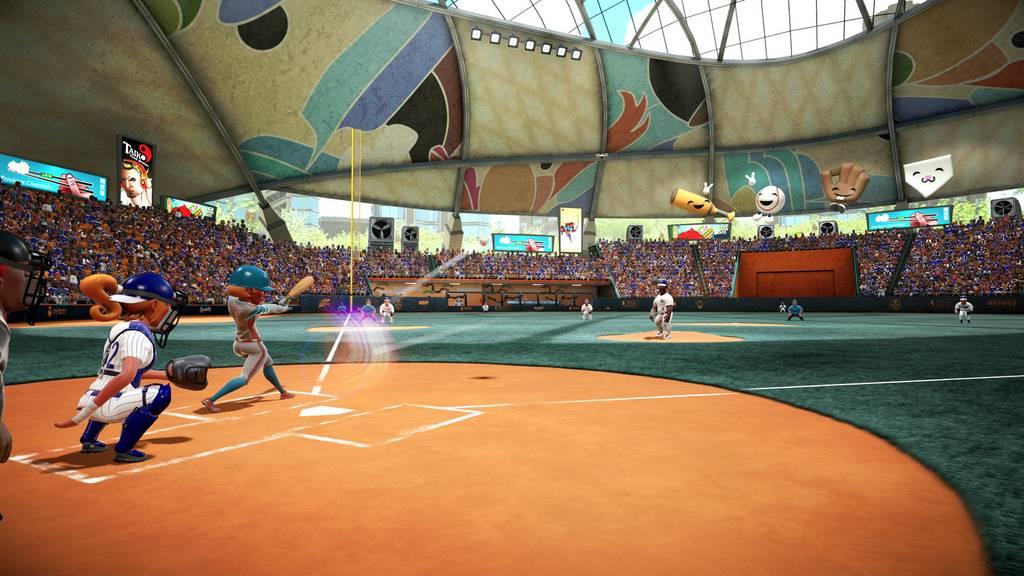 As far as the gameplay, I noticed some things that weren’t game-breakers, but were definitely a bit “off”. The first thing is the lack of “walks” that I pitched. The game gives so much control with the pitch, that it is nearly impossible to walk someone unless it is on purpose (to bring a worse batter to the plate). Base stealing is also too easy – especially for the computer. I have played some 50ish games and have thrown the computer out maybe twice – even with the better stats a catcher can have. The buttons for stealing and fielding are also a mishmash of various thumbs and sticks that make them tough to do efficiently. (especially with no practice area)

I cannot say, however, that games costing better than two-times as much are any better in some of these instances and may even be potentially worse in others. The game is what it was supposed to be – baseball. Mind you - it has a “Super” and a “Mega” in the title but it is simply – baseball. You and your buddies can make full teams of baddies and swing for the fences with ease. I have made my team with family members, Red Sox pitchers, and Avengers. It honestly can be as serious or silly as you want it, but it still plays like a well-tarred baseball game. And it does so with making it easy enough for a child to play.

I was very pleased with the simplistic, fun-to-play nature of Super Mega Baseball 2. The game plays very well with only a few shortcomings and does so for a small amount of bucks. You will not see Mike Trout hitting a home run, but you can have Tony Stark stealing home.