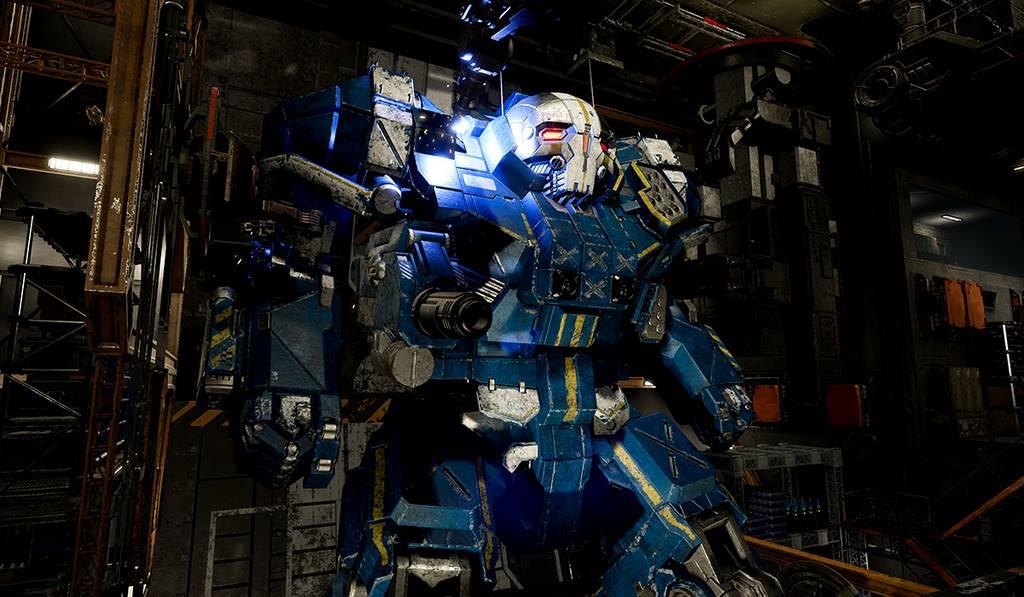 Written by Charles Husemann on 4/19/2018 for PC
More On: MechWarrior 5: Mercenaries

I got hooked on the MechWarrior games starting with MechWarrior 2. For five years there was a steady stream of sequels until they dried up in 2002 with MechWarrior 4: Mercenaries. Outside of the MechAssault games there wasn't a solid Mech game until 2013 when MechWarrior Online (MWO) burst on to the scene. While MWO was far from perfect it did scratch that giant robot combat itch pretty well.

But MWO only scratched part of that itch as it was an online multiplayer game with no single-player campaign to speak of. Sure it was fun but players like me wanted more, which is why I was delighted to see Piranha games announce MechWarrior 5 at MechCon 2016. With the game slated to come out later this year we reached out to Piranha to get some info on what players can expect with the game's release. Were able to get some answers from Russ Bullock, the president of the studio.

Why was now the time to develop MechWarrior 5?
I believe in order to be able to develop a game like MechWarrior 5 you need the desire, the ability, and the wherewithal. The desire was always there for us, and our ability was growing year over year while developing MechWarrior Online. But it wasn’t until early 2016 when we had spent a full 18 months completely self-publishing MWO and releasing it on Steam did we have the wherewithal to start development on MW5. So although given the opportunity we would have likely started development much sooner, I think when time finally came we were a lot more ready and capable of executing the development of the game. That’s our perspective as a developer but obviously just from a franchise point of view it has been around 15 full years. Well overdue for a proper sequel.

Are there any plans for VR support?
We are very interested in adding VR support as a peripheral option for an extremely immersive cockpit experience. We still have some critical path development to complete before we can turn our attention to this aspect, however, and in the meantime we will be monitoring the VR games market and hoping that it continues to trend in the right direction.

Will you be using the same control set from MechWarrior Online? Will you be supporting HOTAS setups out of the box?
Primarily yes it will have the same control set which most of that goes back decades on MechWarrior games. However MWO was a PvP multiplayer game and even though it officially supports controllers it naturally gravitated much more towards a faster-moving and twitchy style of control using primarily mouse and keyboard. When it comes to MW5 players should anticipate full support for HOTAS setups and gameplay much more suited to playing the entire game with those types of setups.

Piranha has been living in the MechWarrior universe for almost a decade with MechWarrior Online. What's the biggest lesson you've learned since you started working with the IP?
MechWarrior has some of the most dedicated, passionate fans of any IP. It’s also become clear that there are all sorts of fans of the IP: some that came in very early since MechWarrior 1 on the PC and some that only joined in with the last PC product, with the upcoming MW5, or even with the MechAssault games for Xbox. Pleasing everyone perfectly is an impossible task that would lead to a poor product for everyone. We feel MechWarrior 5: Mercenaries is just the right combination of features that will satisfy a 15-year itch for its players. 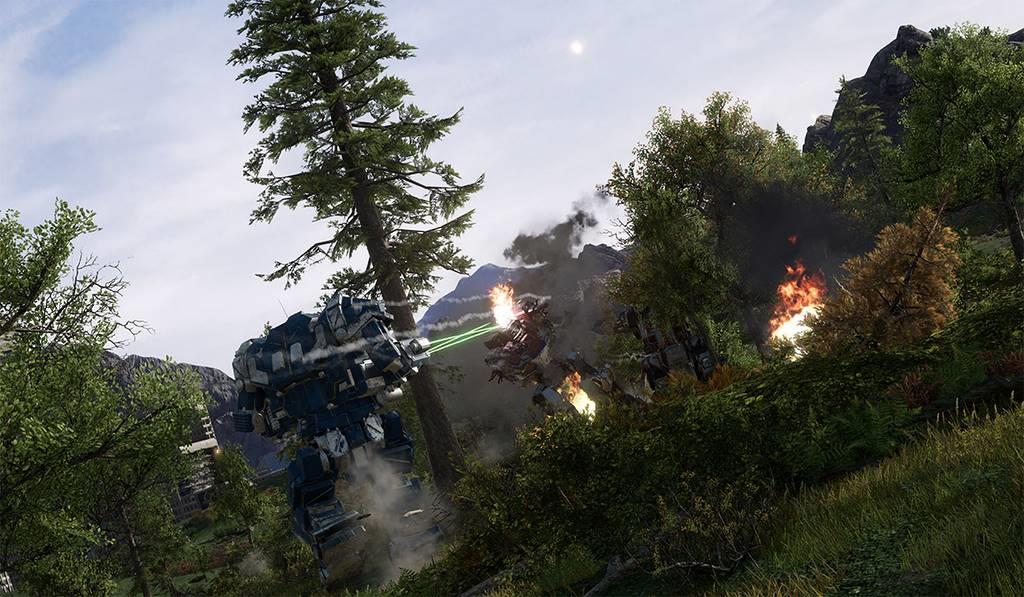 Piranha started creating its own new mechs for MWO. Will any of those appear in MW5?
Those designs that fit into the timeline I would be happy to include into MW5. During the development of these original designs we kept lore writers at Catalyst involved throughout and made every effort to make them become an official extension of the lore.

Do concept artists still play a major role in development when the MechWarrior series already has 30+ years of artwork to pull from?
I think MWO is a great example of just how dramatically important concept art still is for MechWarrior. When we started development on MWO most of the ‘Mech concept art was 30 years old and was desperately in need of a complete revamp.

Coming from a multiplayer-centric focus to a more tightly woven story-driven game in MechWarrior 5, what improvements can we see in terms of engine and feature capabilities that wasn't possible for MechWarrior Online?
Certainly Unreal 4 is a lot more modern than the much older version of CryEngine 3 we use for MechWarrior Online. However as people have seen over the years there have been plenty of excellent single-player-style games released with these versions of CryEngine. Therefore I think all the differences come from the design goals of the product. The largest aspects would be that because MW5 is a single-player game with co-op features it is always a PvE experience which means it will have a complete and robust AI system for all enemies. This is something completely missing from MWO, not because of the technology but because of the development priorities between a PvP and PvE product. Good news is that we have two completely different experiences here, and people should be able to continue to enjoy both products simultaneously. 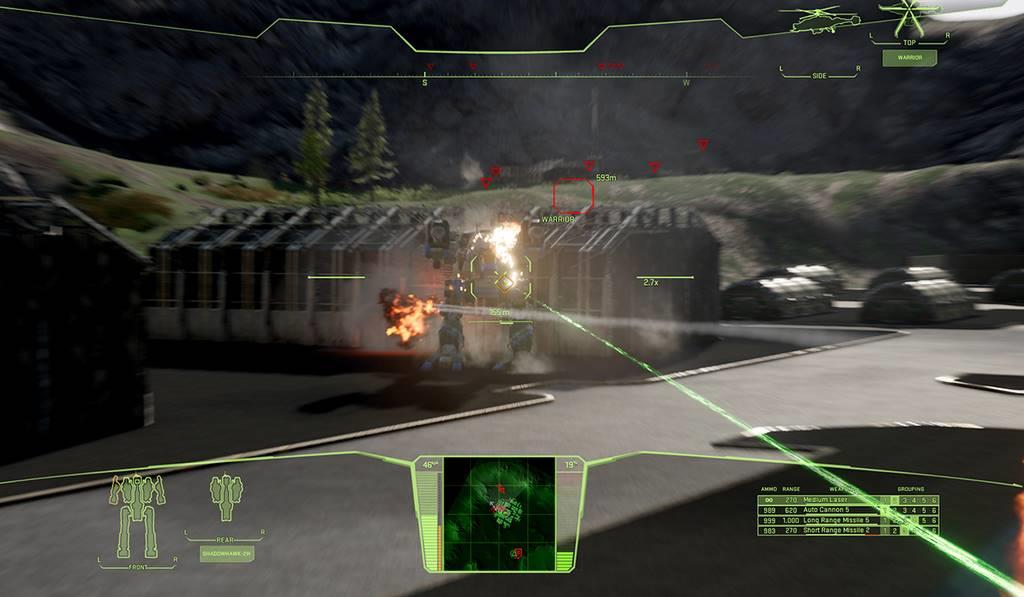 Will there be any multiplayer beyond the co-op, or will that be something people could mod in later?
I won’t be giving away any secrets about future or possible future updates to MW5. As to the initial release of MW5, yes, it’s a single player/co-op PvE experience. I suppose it might be possible for mod teams to put in basic PvP gameplay but nowadays PvP experiences are extremely complex undertakings that now are no longer viewed as a throw-in to every FPS product. A proper PvP experience like MWO has a central database and server infrastructure that controls and even simulates server authoritative hit detection. MW5 won’t have that kind of infrastructure upon release and 100% of our development time is going into making the best PvE game we possibly can. Who knows how future plans for MWO might evolve.

Will there be any kind of beta ahead of launch?
Undecided at this time, although with a robust co-op experience as part of our plans it could very well be possible.

What kind of soundtrack can we look forward to? Will it be orchestral, guitar-driven rock, electro-industrial, or maybe just ambient nature and ‘Mech machinery sounds?
I love orchestral and electro industrial soundtracks but I think being a Mercenaries rendition it is going to be a little more on the guitar-driven end of the scale.

Have other ‘Mech-based video games like Titanfall or Hawken had any influence on your gameplay?
I think we're influenced by all quality games, in particular the quality of the Titanfall single-player campaign. Although MechWarrior games are very unique so, at best, the other products can simply encourage us to reach quality bars set by those other games.

Is there anything we missed that you think is important?
No, but these have been great questions and thanks to you and all your readers for the interest. Please keep a look out for continued updates on MW5 as development progresses.

We'd like to thank Russ for taking the time to answer our questions as well as Stephanie for coordinating the interview.