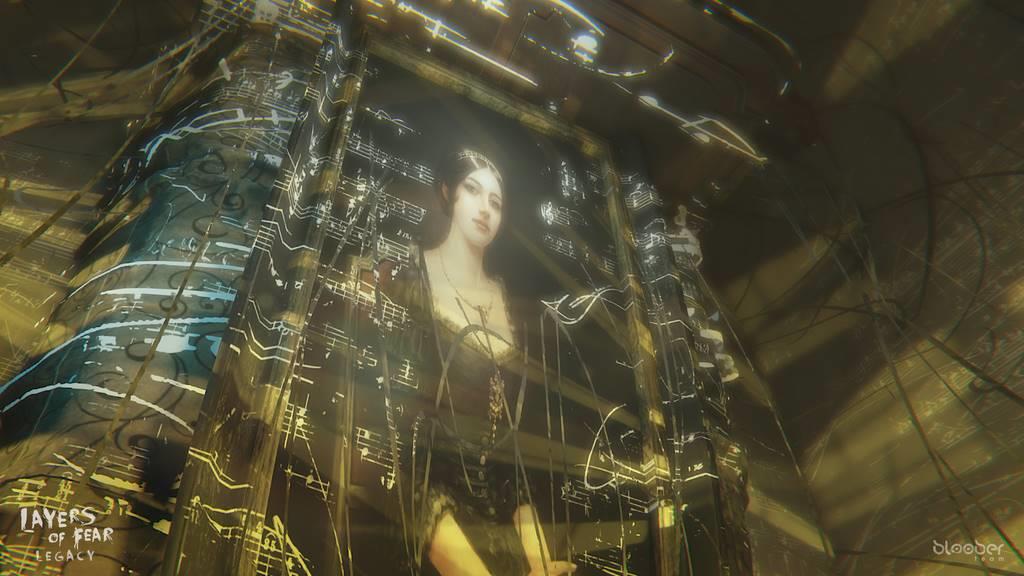 Have you ever been hungover? I’m talking about a life-altering hangover. Not just your run-of-the-mill-raging-headache, lay-on-the-sofa-and-binge-Parks-and-Rec hangover, but a really, truly, apocalyptic, I-might-actually-be-okay-with-it-if-I-just-died hangover? The sort of morning where you wander through your house, looking over the detritus of the night before, and try to piece together what exact chain of events led you sleep in a sleeping bag on the kitchen floor. The kind of morning where you just know you did something embarrassingly, life-changing-ly awful the night before, and you cringe in horror as flashes of the night before come drifting through your addled mind. The kind of hangover where you can’t remember going to sleep, you can’t remember waking up, and you aren’t 100% sure that you aren’t trapped in a nightmare.

If you are unfortunate enough to have experienced this sort of ordeal, then the plight of the protagonist of Layers of Fear might seem familiar to you. As an unnamed artist, you awaken from what seems like a years-long alcoholic bender and find yourself examining the detritus and wreckage that you have left in your inebriated wake. You find yourself exploring your own home – an environment that should be intimately familiar to you. But something terrible has happened here, and now up is down, right is wrong, and your deepest instincts lead you down the path to ruin. And it may just be your own fault.

As you roam the hallways of your home, you receive flashes of insight as to where your life went off the rails. It is clear that you drink, or used to drink, massive quantities of alcohol. It is also clear that your musician wife and young child, who once happily cohabitated with you in this sprawling mansion, are gone now. It is not clear what chain of events led to their absence, nor do you know how your happy home has transformed into the shambling wreckage you now inhabit. 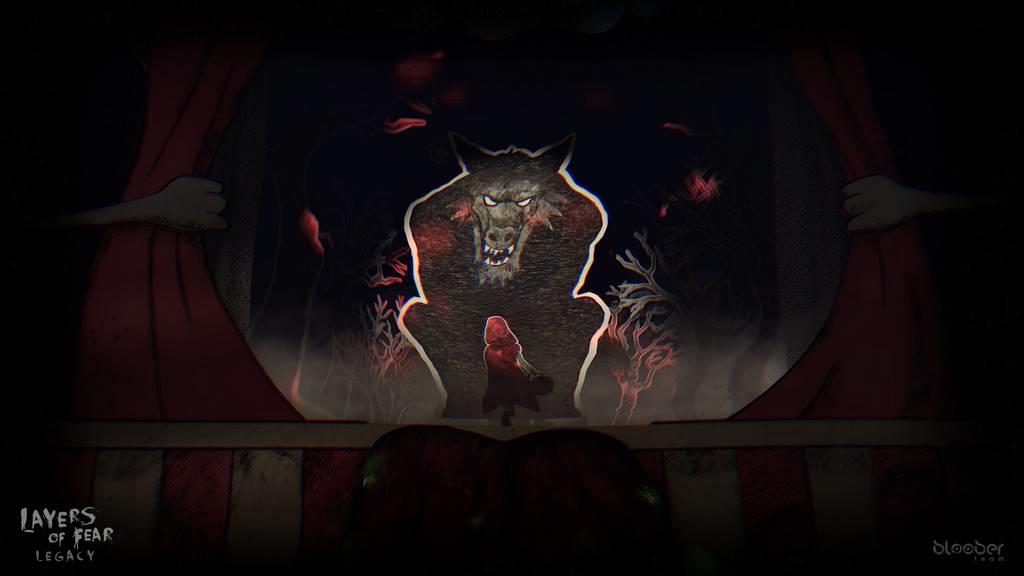 Layers of Fear begins calmly enough, with the player strolling down hallways and looking at clues, trying to piece together the events that tore the artist and his family asunder. But before long, Layers begins tipping its hand, and the descent into madness begins in earnest. You circle endlessly through the rooms of your house, trying in vain to find the necessary materials to complete a work of art that may restore your sanity. 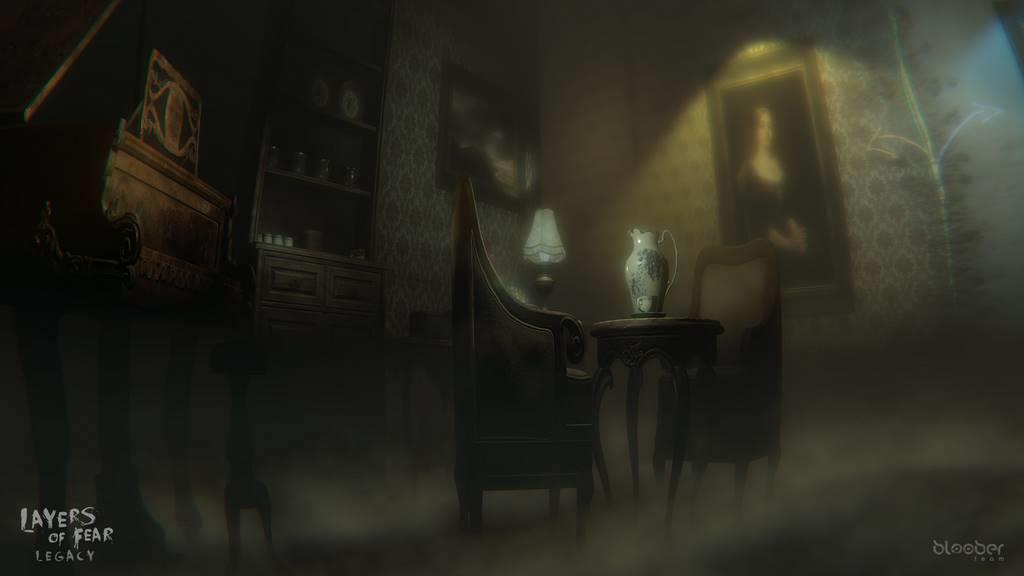 I am reluctant to share much more about what events take place in Layers of Fear, for fear of spoiling what is one of the most unique and fun gaming experiences I have had in a quite a while. I will say that in this house, nothing is what it seems. The blueprint itself shifts as you move through it, with the primary rooms of the house swirling around you and rearranging themselves with little rhyme or reason. Like the artist himself, the house has become untethered from reality. If you move through a doorway from one room to the next, you should have no expectation that the room you left will still be there if you turn around. Layers of Fear is more than disorienting. In fact, the best way to play Layers is to completely abandon any sense of spatial reasoning or direction and simply trust the game to keep you moving in the right direction. More than once, I abandoned my chosen path to double back and try a different way forward, and the game always picked up the slack and kept me moving forward. Layers didn’t care that I wanted to turn around; the game compensated for my cowardice and propelled me to the next area no matter how I tried to avoid it. Layers of Fear manages to bewilder you without confusing you, which is an extraordinary feat.

Scary stuff happens in Layers of Fear, and the scary stuff is truly scary. Sure, there are tons of jump scares (and they are effective), but Layers of Fear also works on a deeper level. As a husband and a father, I could not help but relate to the beleagured artist on some level. Who among us hasn’t lost their way in life on occasion? What father doesn’t feel guilt for obsessing about work when they should be spending time with their family? Is there a person alive that hasn’t, even in the rarest of moments, felt the spidery hands of madness creeping into the most private parts of their mind, trying to find a handhold? These are the questions that I found myself asking while playing Layers of Fear. This is the rare game that has narrative…well...layers. 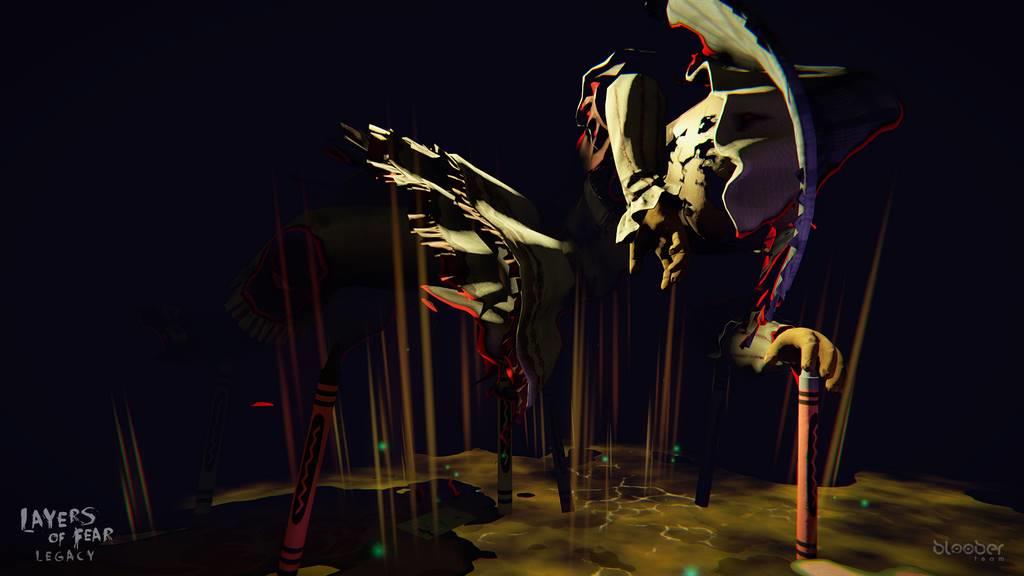 The artist is in limbo, hobbling through his awful mansion, set adrift in time and space. While the horrors of Layers of Fear are many, the game is also capable of delivering moments of startling beauty and wonder, demonstrating that the lives of the artist and his family were not always besieged by drunkenness, cruelty, and obsession.

Layers of Fear runs smoothly on the Switch, delivering the thrills and chills with no muss, no fuss. However, if given the choice between playing the game on the Switch screen or docked on my 55” TV, I’m going to have to pick the TV for this one. Layers of Fear is a dark game, and though the Switch screen is bright and sharp, I struggled to see what was happening on the smaller screen. I eventually moved to my bedroom and closed the curtains, which helped the situation (but was still not optimal). If you are going to play on the Switch screen, a dark room is highly recommended. I much preferred to play on a big screen with my sound system set to maximum rumble. There are also a few puzzle portions that were almost impossible to complete on the Switch’s screen, simply due to the tiny display size of numbers and letters. One puzzle in particular, involving the spinning of the combination dial on a safe, was so difficult to see that I eventually threw up my hands and docked the Switch so I could see what I was doing. 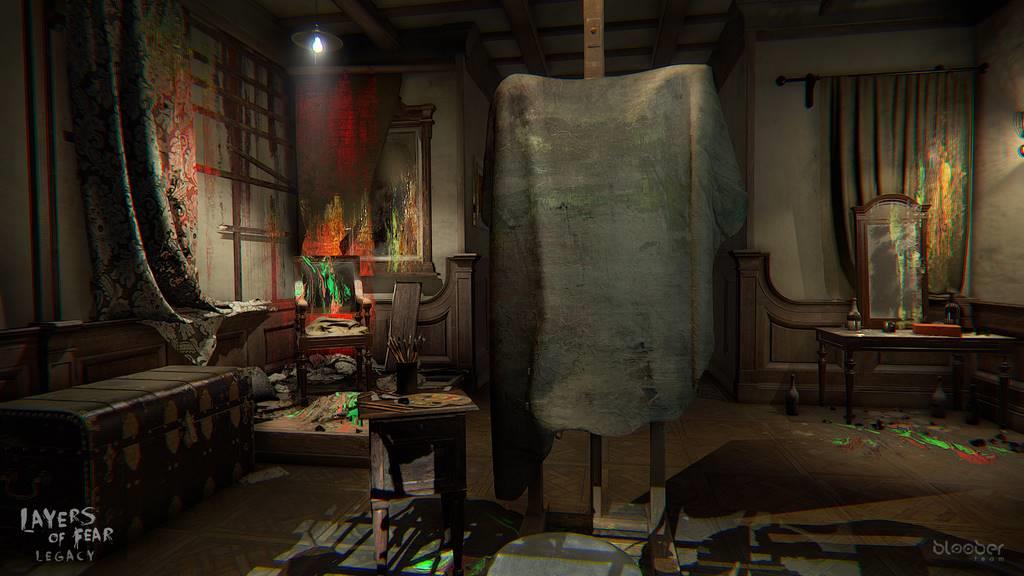 Speaking of puzzles, the difficulty curve is so imperceptible that I was surprised when I started running up against some head-scratchers towards the end of the game. For the early portions of the game, Layers of Fear is almost a walking-simulator, with players moving from area to area, looking for clues and watching the show. When puzzles first come into play (about a third of the way through the game) they are so easy that they hardly even count as puzzles. However, things don’t stay that way. The puzzles increase in complexity until the very end of the game, where the puzzles became so difficult that I was left sitting, staring at the screen and muttering to myself like a crazy person.

The Switch release also contains Inheritance, a DLC episode that is entertaining in its own right. By allowing players to view the central family and home from a different perspective, Inheritance adds further layers and depth to the narrative. While the DLC does not offer much different from the base game in terms of gameplay, the ways it enriches the primary storyline make it a solid add-on, leaving me happy that it was included. 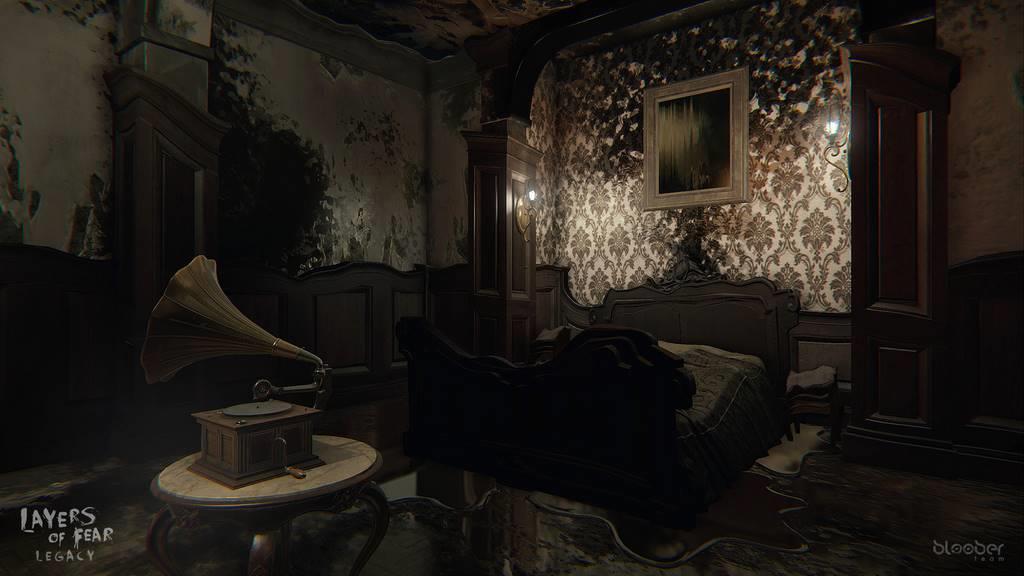 Layers of Fear is a scary game. Playing through the game, I found myself constantly wondering what progressing down its haunting hallways might be like in VR. If the dev team could solve the movement problem so that it didn’t induce nausea, Layers of Fear seems like a natural fit for the VR space. Frankly the intensity of the game would be near unbearable in VR, making it perfect for horror game masochists.

If you have not experienced Layers of Fear on another system, the Switch is an extremely viable option. If you are a horror fan, or are interested in unique narrative gameplay, you owe it to yourself to check it out. Losing yourself in the mind of another can be deeply engaging, and deeply disturbing. The world looks very different through the eyes of a madman, even if you have to squint to see clearly.

It would be easy to dismiss Layers of Fear as a funhouse, but the reality is that this game goes far deeper than a ride through a spooky house. As an examination of family, artistic obsession, alcoholism and regret, Layers of Fear hits on a deeper level while still delivering quality scares. The Nintendo Switch is fully capable of delivering a quality experience as players move through a swirling maze of madness, just be prepared to dock to a television on occasion when details on the smaller screen are too difficult to make out.