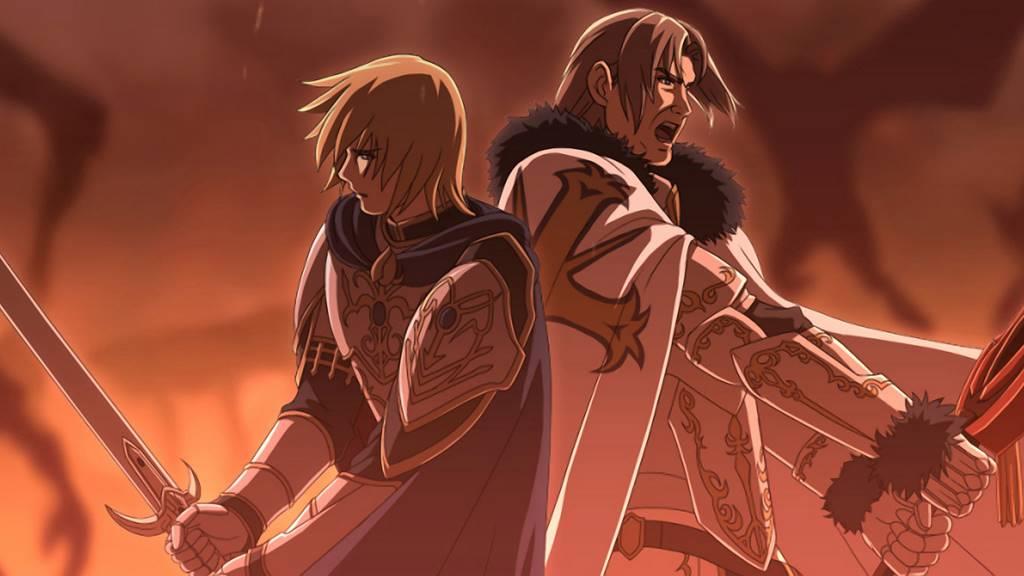 For those who have never played any of the Ys games of yore (like myself), here is a little background. The first game in Ys series was first released in 1987 for early PCs and looked like a very rough version of the original NES's Zelda. Ys has had some 15 other games on almost 30 different systems since, and is the biggest franchise from the Japanese company Nihon Falcom. With the research done, I was to plunge deep into their latest game for Xbox (2017 for PS4, 2006 for Windows PC).

The first thing you’ll notice quickly is the elaborate and beautiful opening theme and cut-scene. There has been a ton of effort thrown into the story's opening movie and music both. This isn’t just wimpy ambiance music, this is soundtrack worthy. All of this goes straight into a very simplistic but sometimes over-explained story of one hero’s journey into a tower to save the two goddesses Reah and Feena.

The gameplay of this game is very simple and straightforward. It is a side scrolling hack-n-slash game where the player fights masses of basic monsters on their way to a boss battle at the end of each level/section. There are the standard move/jump/attack controls and then there are special attacks added to the remaining buttons. Some of the jumping and jump-attacks take getting used to, but nothing overwhelmingly tough.

Basic monsters are varied in size and shape, but do not look for the standard mythical fare. These are very much their own monsters and won’t be seen in any other game. They remind me of the enemies in the original NES Metroid – both in look and attack styles. Jumping, slashing, flying and shooting are commonplace and most of them are easy enough to best. There is also the ability to run past most areas. Done fighting until you see a boss? Run through. Want more experience? Exit the area and return for re-spawned enemies. 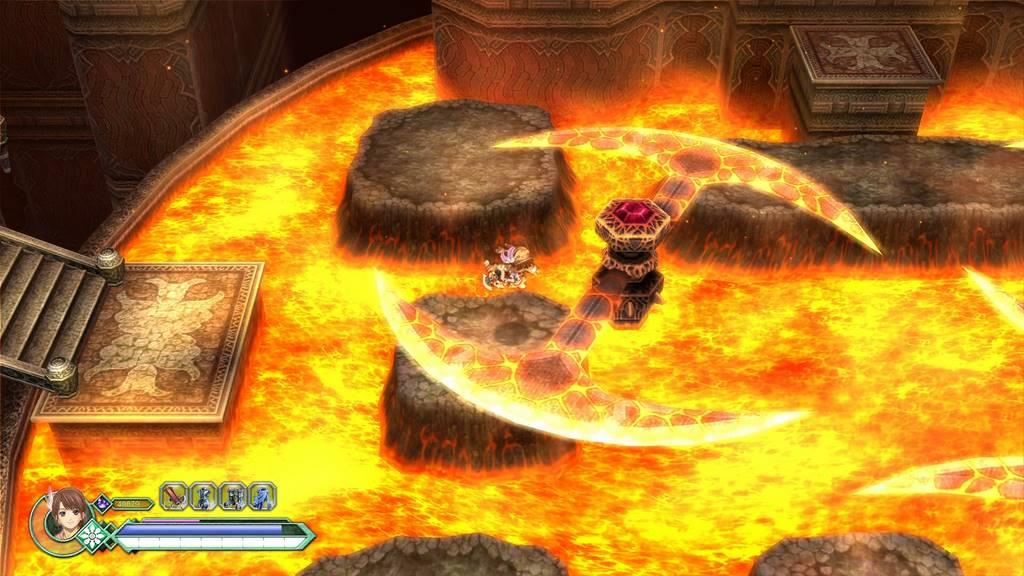 The tower itself is set up like a series of mazes on each floor with the same type of goals to achieve before moving on to the next floor. Find the key, open the door, and crush the boss. It is simplistic, but that is not to say the levels are too similar. There are places to fall, areas to swim, and hidden doors. I’m not saying there isn’t some repetition to the game – there is, but there is just enough in each area to make it less tedium and more interest to explore.

Your character development is much smaller than most hack-n-slash games. There is set treasure with no chances for better items than what the story gives you. There is money, but for buying skills and powers and not purchasing items. The leveling up system is also very basic. You receive experience points for defeating a monster and that eventually levels you up. There are no points to apply, no skills to choose, and no character stats (strength, etc) to adjust. The game does all of this automatically as you win battles. There is no collecting weapons either. Instead there are power-ups around each area to “increase power” of the character’s weapon. 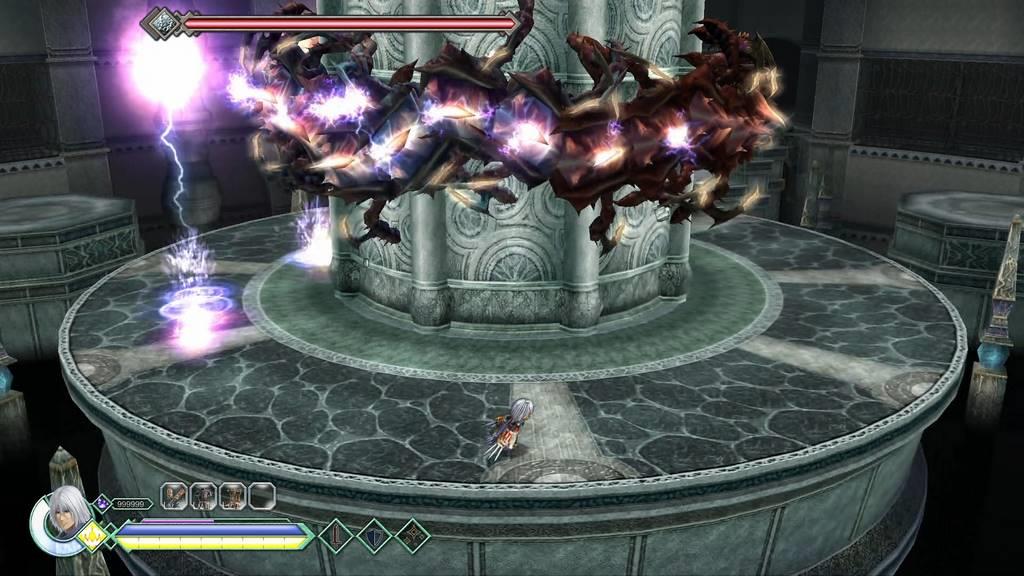 Ys also utilizes teleporting statues that you are able to use to go anywhere in the game you’ve already been. They are used to get to the search party at the bottom of the tower and to anywhere you may have missed. As long as there is a statue, you can move all over the tower with ease. There’s a big story-line and it is nudged forward with being able to return and talk with the group.

The menus are easy to use but maybe a tad dumbed down. That said, part of the “topic” menu is extremely helpful. The first two buttons “character”, and “Monster” quite simply list of all the NPCs, and monsters that you’ve found. No pictures, names, or info at all (kinda useless, really). The third one, “Manual” gives visual help on how to use all of the different parts of the game. From special attacks, to item use, the visual aid is very helpful. 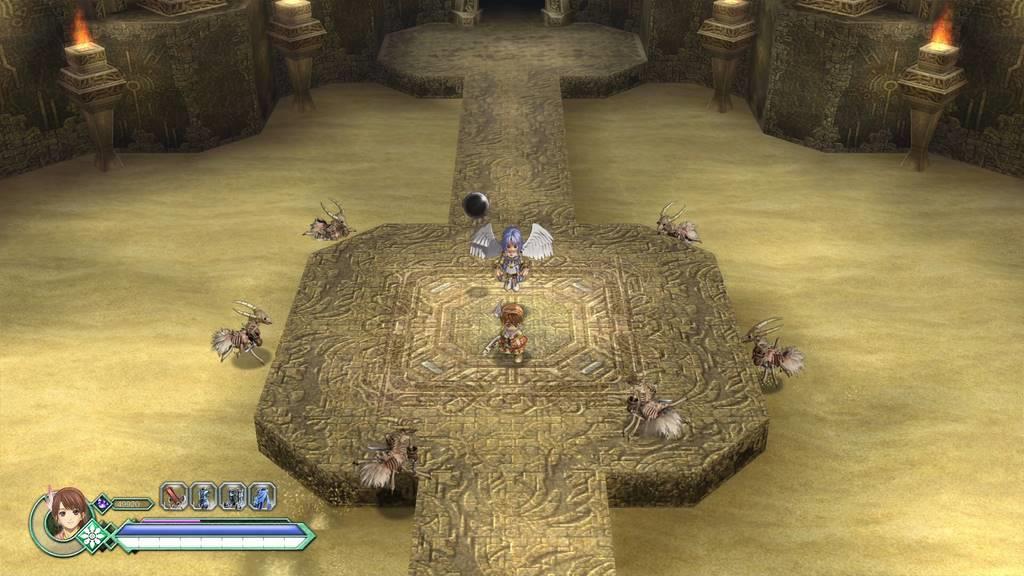 I can say for all that is good and fun about this game, there are still some oddities that can’t be ignored. Firstly, the boss battles are too similar from one to another. Find the pattern – win easily. They are pretty obvious and a little too underwhelming. Don’t get me wrong, the big demons look pretty gruesome at times, but the overall feel of the fight is ho-hum after fighting a few battles and realizing that as soon as you find the pattern… it is all over. Another blaze’ issue is the lack of hoarding. It is difficult playing a game where all of the items needed and used are handed to the player on a silver platter. Further, my hero will look the exact same as your hero. Not that the girl herself need look different, but there is a certain pride in creating your own colors, deciding what weapons to use, and searching for the next best thing for your character.

Other smaller issues include ambiance music that borders on repetitious madness. It is tough over a long period of time to not be annoyed with the repeating slightly-better-than-wav music each level offers. As beautiful as the opening music is, the rest of the game’s tunes are mediocre at best. Another problem I found was the lack of a mini/full map for each area. Keeping track of some of the higher levels was tedious to say the least and it would have been better to have had a mapped area – even just to show where you’ve already explored. The last thing I thought odd was the language use. The characters are very poetic in their discussions and then every so often, they spout a vulgar line. I’m not saying that speaking this way is “bad”, but most of these lines do not fit the character’s (and really the game’s) overall feel. It should stay very classical, not turn into a mouthy bar-fight on occasion.

All this being said, the game does play very well and the story is very pleasant (even if long-winded at times). I think there are a lot of missed opportunities that could have been had with a better loot system, broader character development, and more interesting boss battles. However, Ys is still an enjoyable game and offers a long amount of gameplay for not a lot of coinage.

Ys is a well-made side-scrolling hack-n-slash game with minor character development and zero loot system, but a well written story-line and easy-as-pie gameplay. There are hours of fun to be had and twists in the story you won't see coming... just make sure to bring along some other music.