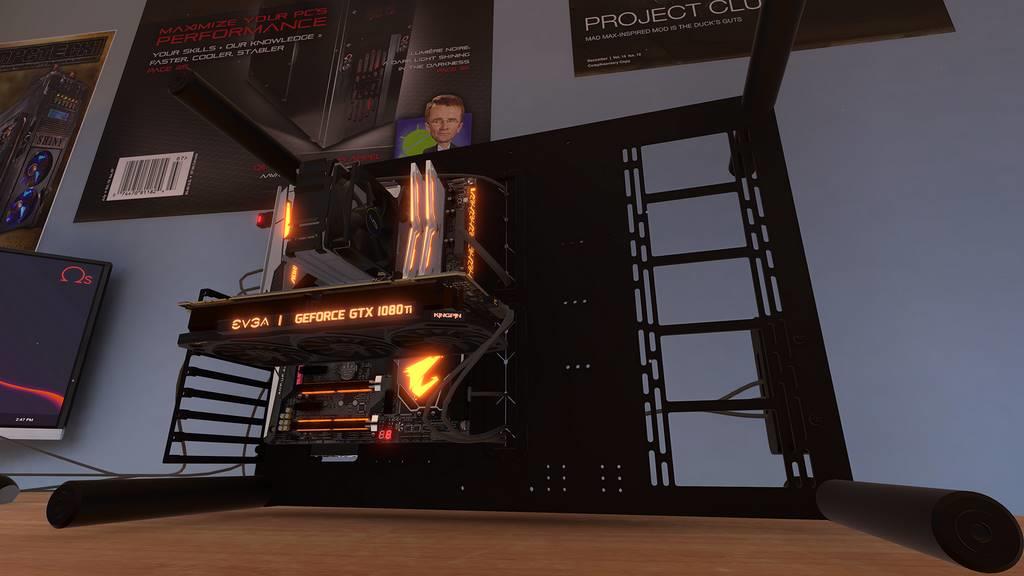 I've only ever built one PC. It's the one I'm writing this preview up on now. Sure, I've gone through 2 motherboards, 2 sets of RAM, 2 processor fans, 4 hard drives, 3 power supplies, 3 graphics cards, and 4 cases; but despite these many incremental iterations over its parts, it's still just the one machine to me. That's the thing about building a PC, it's not so much about the build sometimes as it is about the endless tinkering on it ever after. But is that something you can actually build a game around?

PC Building Simulator attempts to answer that very question, and the answer seems to be a surprising "Yes". I took on this preview because I just couldn't fathom how this game could be anything more than a tech demo. I expected a decent tutorial mode for the uninitiated to PC building and had hoped for a nice showcase to window shop the many components supported by the various top-end vendors featured in the game, but I really didn't see how PC building could be gamified.

I am happy to report there is a really satisfying gameplay loop in PC Building Simulator. There is that tutorial mode to cover the basics of PC building, there is that free build mode where everything is unlocked, but the core of PC Building Simulator is the Career Mode where you take over a small computer repair shop by mail and try to build an empire well, try to keep the lights on and the rent paid. Check your email for new jobs to accept, order the parts for those jobs, and the next morning when they arrive with the day's mail, get to work. As you progress you'll be challenged with tougher jobs, be able to unlock the better parts from the pricier vendors, open up more workbenches to get those longer running steps like running antivirus or graphics benchmarks going concurrently, and other sorts of new features. 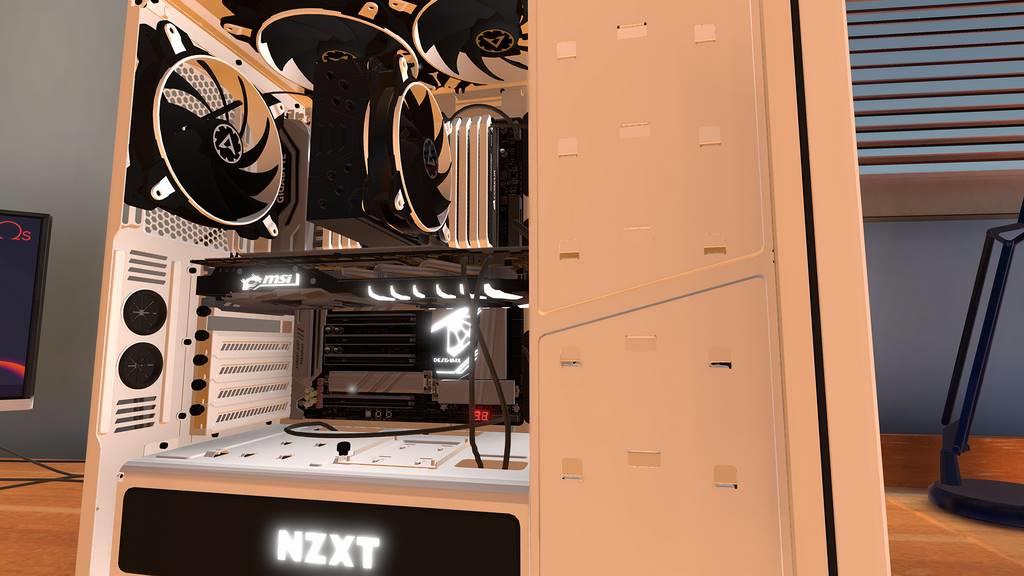 Where it all works is that it settles into a sweet spot where it maintains an attention to detail without getting bogged down by the tedium of tiny screws and cable management. No fat fingers trying to run cables that are just a shade too stiff between components and along tracks just a shade too tight. No dropping that anchor screw for the umpteenth time and having to fish it back out form the belly of the machine or shake it out from it's new home behind the mobo. One mouse click or long press and the worst parts of PC building are mitigated. There are some annoyances though. One wrong click in the middle of one of those long running processes can see your entire machine powered down, unplugged, unfinished, but swept up and away off the workbench into your arms for shipping without that benchmark that would have actually finished the job first. Track back, re-plug, power on, load OS, get back into programs, start benchmarks all over again... This time just step away until they're done.

While the gameplay loop is ultimately rewarding, the rewards are probably a hair too generous in that there isn't much difficulty or challenge left afterwards. And I think that's ultimately ok (this isn't computer repair in Arstotzka after all) but something that could be tweaked. There is a generous variety of vendors showcasing their wares from EVGA and MSI to AMD and Corsair, plus many more. Some of the best of custom builds are on display, but I'm not sure I would ever really use this game to really window shop or research future buys. Outside of cases, the game doesn't really offer any insight into these parts that a spreadsheet wouldn't. And while there are some case layouts that made me scoff out loud at their ridiculousness, and the simulator could be beneficial to blacklist those, the nitty gritty of actually picking and using a case often comes down to feature sets like external connections that this game really doesn't touch on and ease of use in accessing and swapping out parts that the game glosses over. I've already praised it for doing just and making a better "game" out of the experience so I'd be a hypocrite to really complain here, only to say it choose wisely to give better service to the gameplay in a trade off for purchasing research. 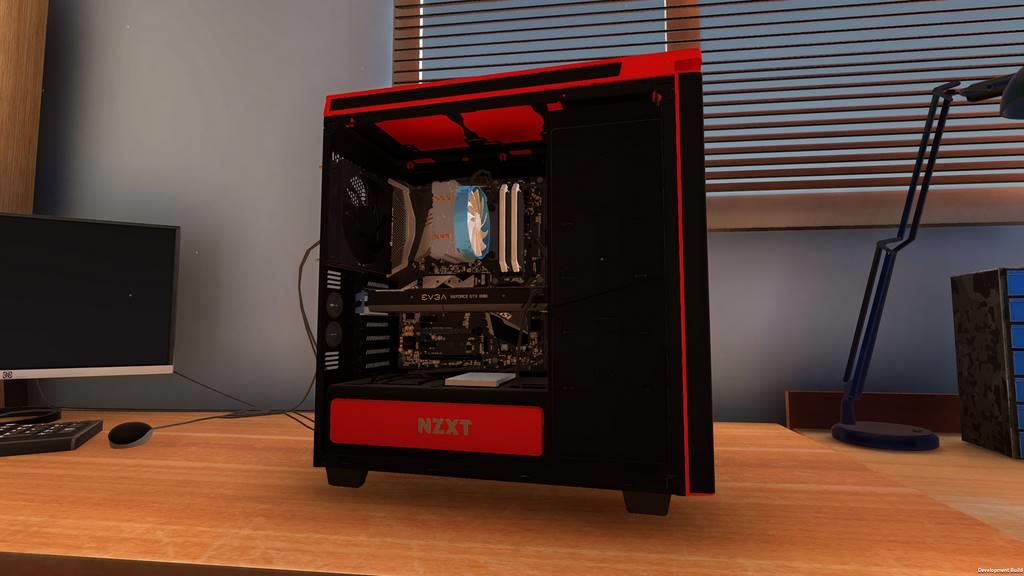 What can't be escaped here is price point. The game retails in Early Access at $19.99 and it's a tough call whether to call that fair or not. It does have the support of major manufacturers, it does teach the basics of PC building, it does offer an actual game that is well thought out and well implemented even if it is ultimately a bit on the easy side and repetitive. I can't recommend it unequivocally at that price. Add VR support (which is kind of a jerk thing to even suggest like all that needs be done is to wave a magic wand and poof! VR) but add that and you've got a game that I could advocate wildly for. While rotating a camera around is nice, getting to inspect these wares in VR really would put it over the top.

PC Building Simulator is in Early Access and is available on Steam. There are a few bugs hanging about as Early Access games often do. HDD slots can occasionally pop open before the side panels of the case are even off, things like that. And cable management can be a bit unintuitive even if the game does all the work of actually threading the cables for you. To uninstall a cable you just click on it same as uninstalling the component that cable is attached to. However, to reinstall you have to alternate between having the install action selected for all these previous actions and over to the cable management action to actually plug it back in again. But for the most part it seems very well built out and polished, pretty close to being ready for a full release in my opinion. It's unique and offers a refreshing bit of gameplay. Just don't forget the thermal paste, and trust me, at some point, you will.