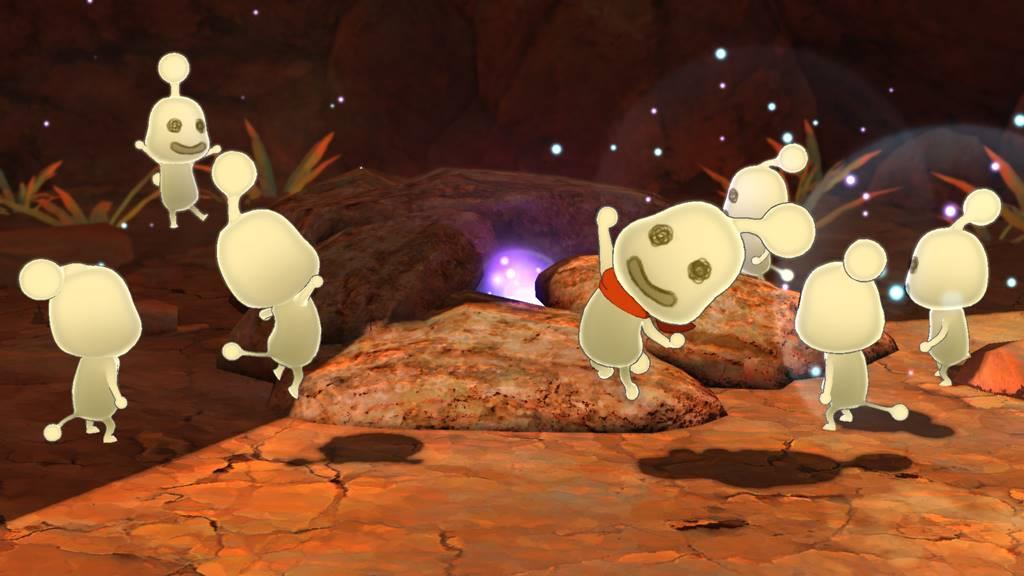 My feelings about Ni No Kuni II are complicated. In order to understand them, I need to fill you in on some boring personal details about myself. Please bear with me, this is all going somewhere.

There was a time in my life when I would not have recognized Ni No Kuni II for the shining star that it is. I would have not have been captured by its innocent delights. I would have called it corny. I might have rolled my eyes at its simple story and sunny characters. Playing this game allowed me in some ways to examine myself, and the changes in my demeanor and attitudes over the years.

I was a happy and naively innocent child. But by the time my oldest children were born, starting almost 18 years ago, I was at the tail end of my jaded and besotted twenties. Although I liked to think at the time that I was able to tap into my inner child to relate to them when they were very small, I now know that my attempts to create moments of wonder for my little sons were forced and stilted. While they were very open and inquisitive children, I couldn’t quite open myself up to share moments of childhood discovery with them. My baggage from my own shattered childhood, my failed first marriage, my bitterness at my stalled career, all these combined to encase me in a shell of my own making, placing a barrier between me and my sweeter, younger self. When I should have been active and engaged with my beautiful little boys, I just felt sad and exhausted. I felt too busy, too distracted, too insincere. Too preoccupied with my own nonsense, and too far removed from my own childhood to engage on their level. So, I faked it. I’m not sure if anyone could tell the difference.

Over time, things have slowly gotten better. Over years of spending time with my children, I slowly learned to unwind the tension that seemed permanently lodged in my spine. I remarried again, and this time I got it right. My wife is full of life and good humor, and her influence allowed me to reengage parts of myself that could have been lost forever. She showed great patience while I beat my way out of the cocoon of negativity and pessimism that I had bound myself up in. Like a stroke victim finds new neural pathways to replace those that have been destroyed, my brain started rewiring itself so that I could once again tap into emotions on a “pure” level, without irony or jaded skepticism. Now we have two more young children, and I am able to engage with them (and my older boys) on an emotional level that I was incapable of 18 years ago. I have experienced a reawakening in my old age. 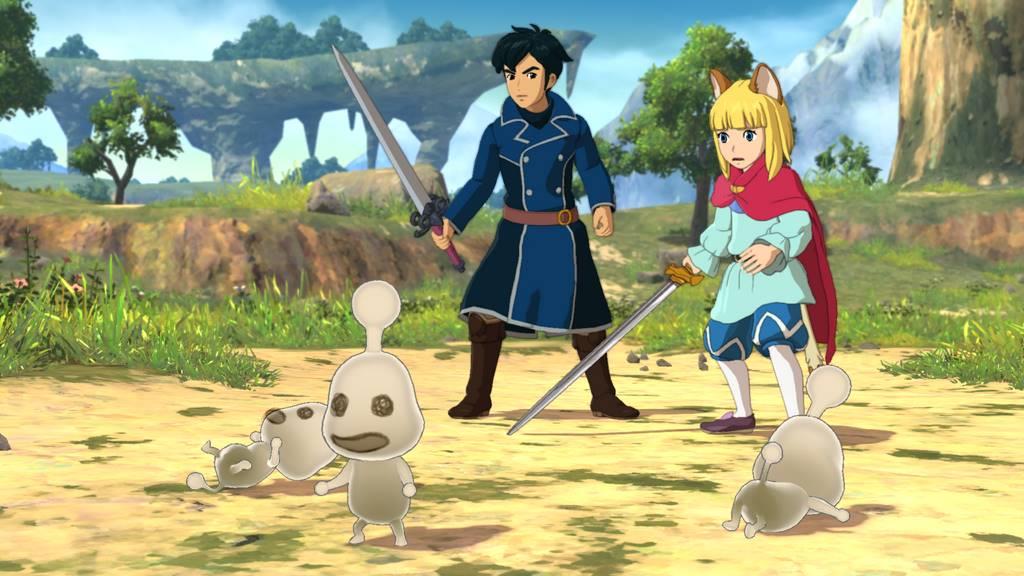 In other words, I have rediscovered my ability to feel all the feels. I have made a concerted effort to be less closed off, and to allow myself to experience things on a visceral level that was once lost to me.

Ni No Kuni is not the greatest game ever made, and it is not perfect. But it doesn’t need to be. Nothing in the world is. What this game is though, is a beaker full of joy and happiness, distilled down into a delicious elixir. 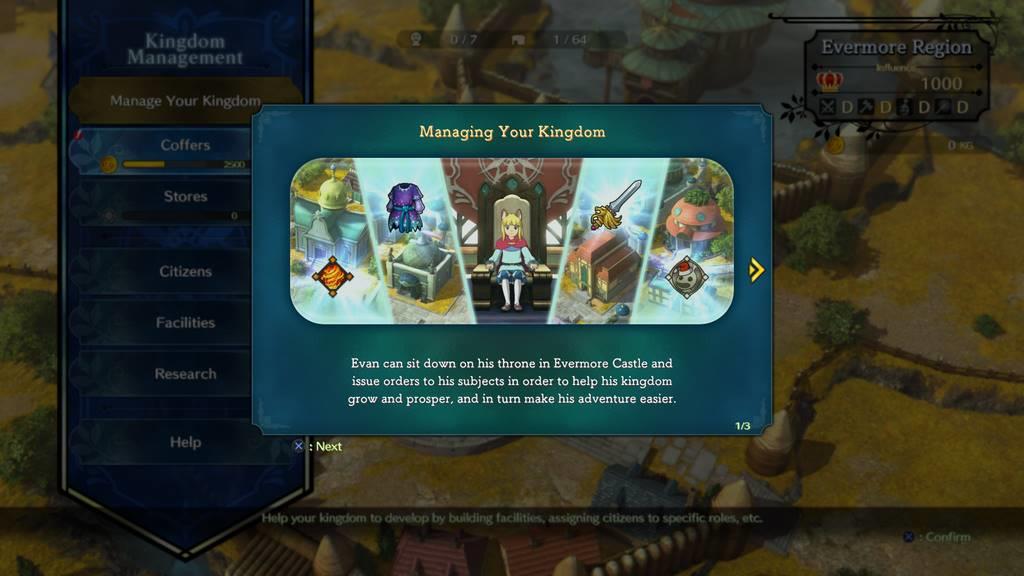 Now, you may not be a person that has made a similar journey in your life. You may have wandered into a cave, and not found your way back out the other side. You may be a bitter lump, sitting in a swamp and hating fun. If that is the state you find yourself in, give Ni No Kuni II a wide berth. This is not the game for you. You will hate it. But if, like me, you are willing to cast aside the artifice of “adulthood” and engage with something that might entertain you on a simpler, unpolluted level, then Ni No Kuni II might be the game for you.

Ni No Kuni tells the story of Evan, a young king who has been deposed from his throne in a coup perpetrated by some evil rat finks. Roland, an older and more mature figure, has mysteriously been transported to Evan’s kingdom of Ding Dong Dell, arriving at a critical moment to rescue Evan. Together, they make their escape, leaving the castle and kingdom behind and spiriting away into the night.

It is here that Ni No Kuni II’s story takes its first major diversion from convention. Rather than spend the entire game leveling up in order to kill the rats and win back his kingdom, Evan and Roland just…bail. They strike out into the wide-open world, with Evan deciding – like the child that he is – that he will simply start a new kingdom, where everyone will be happy. Roland goes along with this plan, his initial skepticism soon giving way to Evan’s infectious enthusiasm. Before long, Evan and Roland have gained several new friends, all whom eventually throw set aside their cynicism and agree to help Evan achieve his single-minded vision. A new kingdom is quickly founded and begins to grow immediately. 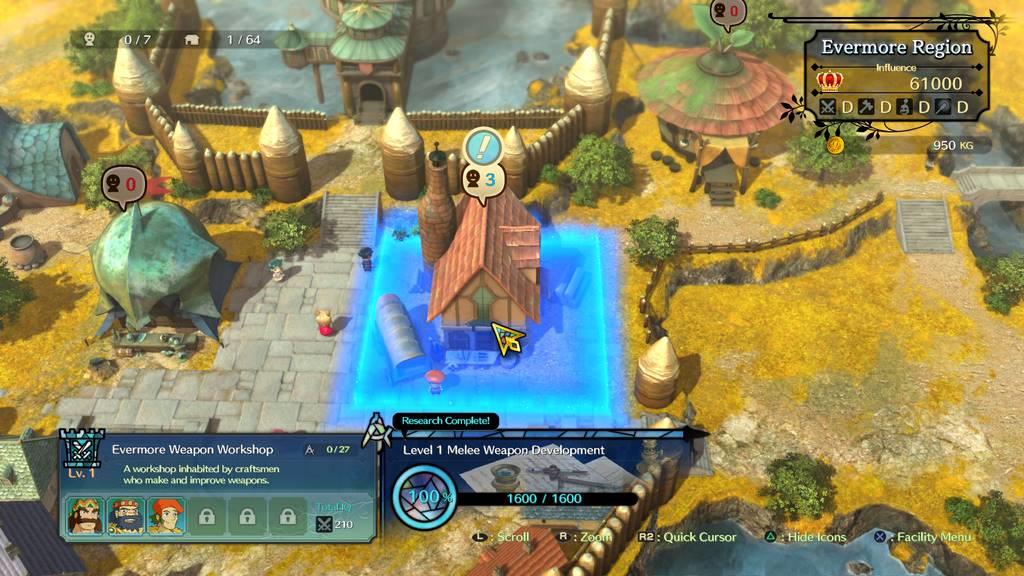 And that’s the story of Ni No Kuni II. A bunch of characters, who possibly know better, are convinced to abandon their adult preconceptions of what may or may not be possible and buy into a child’s dream. Along the way, our heroes meet scores of other characters, and by sheer force of enthusiasm, convince to join Evan’s new kingdom. Evan excitedly offers to help every character he meets with any little thing that might be bothering them. When he succeeds, he returns and hits them with his recruitment speech. There are not many that turn him down.

Occasionally, Saturday Morning Cartoon-style villains appear to make trouble for Evan and his vision. He responds by defeating them and then convincing them to join him. After a few of these encounters, Evan realizes that starting a kingdom where everyone lives happily ever after isn’t enough, and he must ask all the nations of the world to join him in his vision. Evan wants to visit every country in the world and ask them to abolish war. And that’s exactly what he does. 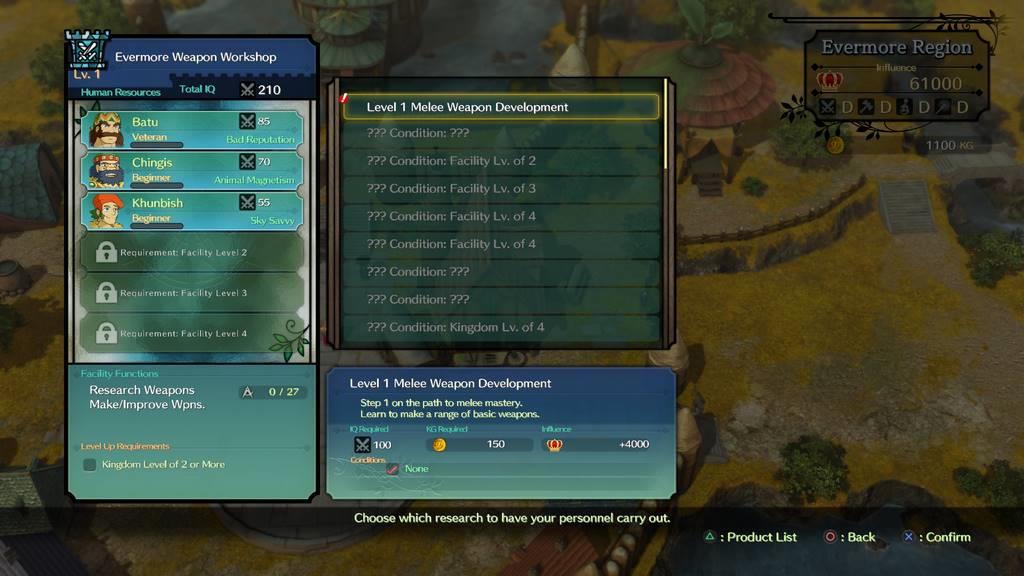 Like the characters in the game, I completely sat aside my reservations and went along for the ride with Evan and his friends. This silly, almost trite story is delivered with such earnest sincerity that it completely won me over. Combined with the glorious animation, goofball character moments, and amazing locations, Ni No Kuni II put a trance on me that had me wanting to return during every free moment that I had. I played a great deal of this game with my five-year-old daughter nestled next to me on the sofa, and we both enjoyed it on the same level. We were able to share this game and enjoy the story and visuals together, and neither of us were bored or confused. This is a major achievement.

I bounced off the first Ni No Kuni after about five hours. I had high expectations, but the game was too slow, too rickety to hold my attention for very long. This new game is completely different; a spritely breath of fresh air when it’s predecessor was a slog. It’s like the developers cut Ni No Kuni open, ripped out its guts, threw the bad guts away and put beautiful new guts inside. The ponderous turn-based battle system of the first game is completely gone, replaced with an action packed real time system that has the player dashing about the battle field, flinging spells and whacking baddies with a variety of interesting weapons. The Pokémon-style monster gathering dynamic has been replaced by Higgley-Piggleys, cute little buddies that dash around in battle, performing special attacks and offering buffs. The darker mood and tone of the original has been replaced with a glorious new color palate, all golden hues and fanciful optimism. 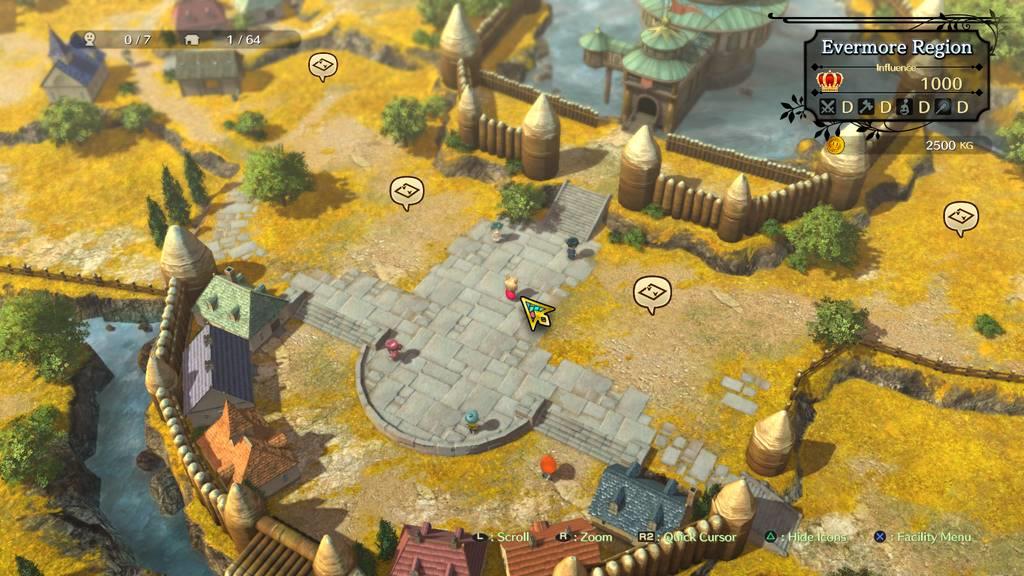 I am purposefully leaving a lot of details about the game vague. I am not going to discuss every system in the game, as each new dynamic that unfolded was a revelation. There are a lot of RPG systems in this game, and many of them are deeply entertaining. For all of the “simple” storytelling on display, the gameplay has some serious depth. But there are already a ton of reviews online that can tell you about those systems. I am much more concerned with sharing how this game made me feel.

In a world full of dark and sullen games, Ni No Kuni II is a quirky ray of sunshine. At a time in our history where there is a collective feeling that we are all riding a train into the flames, a game filled with hope and optimism seems like a gift. How many video games are there in the world that don’t have an ounce of cynicism in them, that don’t just seem like an excuse to go into a different world and kill things? Yes, there is battle in this game, but it is cartoonish and silly.

Ni No Kuni II is a joyous experience for JRPG lovers, and the antidote to the weariness that I sometimes feel wandering through dark fantasy landscapes. With it’s beautiful art style and contagious positivity, Ni No Kuni II might not go over well with cynics, but I happily no longer count myself among them. The light mood is offset by the deep and engaging gameplay, combining to create a confection that hit me square in a sweet spot that I once had forgotten existed. I’m glad that I was able to recover the ability to experience innocent fun, or I might have missed out on the pleasures offered by this amazing game.

Ni No Kuni II is a machine that runs on beauty, fun and delight. With simple storylines and engaging characters, it weaves a narrative that captures the optimistic nature of childhood, without forgetting to deliver deep RPG mechanics. Utterly abandoning many of the confounding elements of the original title, Ni No Kuni II marches to its own quirky beat. This is a game that will be remembered as a classic.