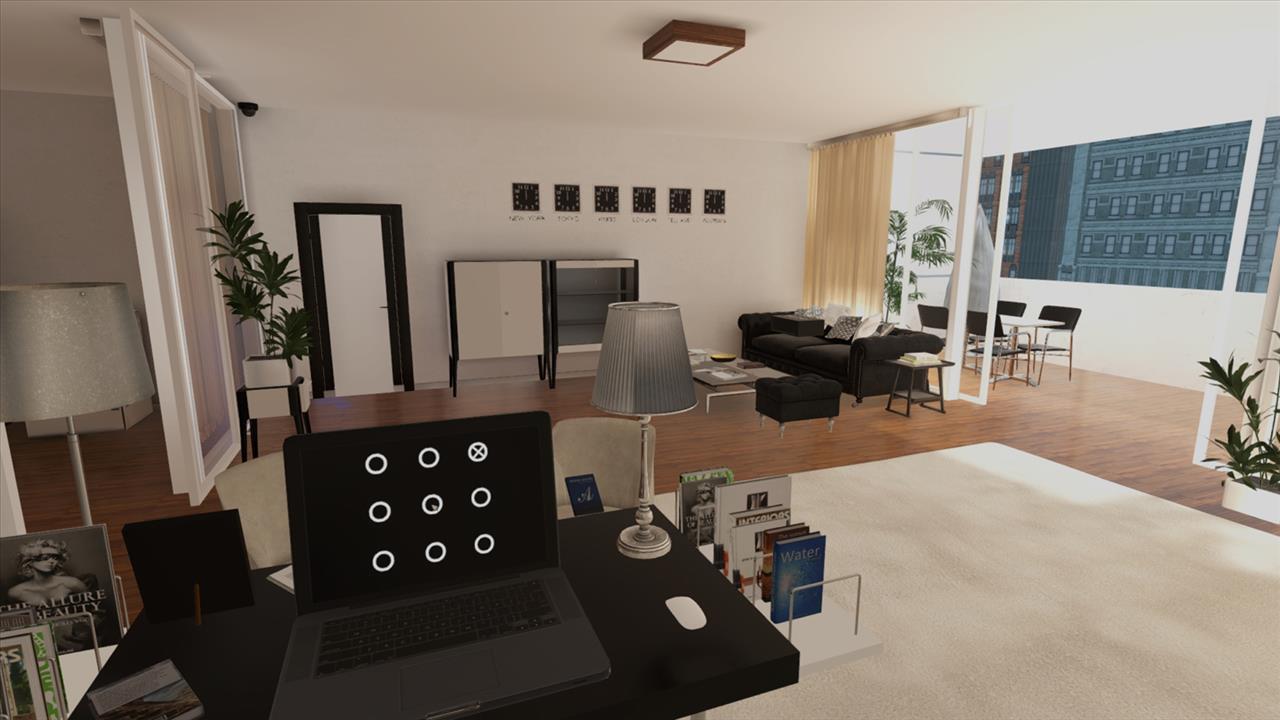 There are certain types of games that are eminently playable on a flat display but for whatever reason really come alive in VR. Many of these, such as racing or flying sims, are very obvious, but others may not be quite as easily identified. One genre that I personally find to be far more fun and interesting in VR is room escape games. These are, of course, all the rage in both the video gaming realm and real life as well. The most recent VR room escape that I have played is rather unimaginatively named Escape Room VR: Stories. The fundamental idea of it is to provide three disparate rooms to escape from, and tie the three wildly different challenges together with an underlying and wholly unnecessary storyline.

Let’s get this part out of the way first: As stated by the Steam store page, “The plot is presented to the player through graphic novel cutscenes.” I hate these. To be more precise, I hate these. The most important thing about VR is, and I apologize for making this blindingly obvious observation, the feeling of full immersion in the play environment. The graphics are junk, the headset is uncomfortable to wear and the umbilical cord quickly becomes tiresome, but no one cares because it just feels so much more “real” than anything that has come before it, absent actual reality. That all falls apart in this game when you reach for an interesting object that just might be the one that frees you from your imprisonment when...the screen goes blank and a flat white square appears. Comic-style drawings and text are displayed in furtherance of the story, but the moment is ruined. Your suspension of disbelief (the one useful thing I learned about in Theater 101) is tossed out the door, but you’re still stuck in a room.

On the plus side, other than some difficulty in picking up items off of the floor or nestled back on a shelf, which can be attributed to my insufficiently room-scale room, everything else about the game was very enjoyable. In the interest of full disclosure, I play a lot of room escape games on my iPad and Droid tablet. I am not good at them. I can do pretty well with finding little pieces/parts and figuring out where to apply them, but it all falls apart for me when the designer lapses into math-type puzzles, or tricky things like getting all of the blue and red squares where they belong, or whatever. Logical things like finding a screwdriver and, as a result, seeking out screws to remove, are fair game in my book; trying to figure out what number comes next in a puzzle pulled directly from a Mensa sample quiz are, in my opinion, not fair at all, although it seems that nearly every room escape game has exactly those things in it.

Escape Room VR has wisely avoided that. Now, I do have to provide one more piece of information if I want to be fully honest: I only solved two of the three puzzles, so I cannot say with absolute certainty that there isn’t a tricky little number pattern or math puzzle I simply didn’t get to, but I’m pretty sure there isn’t. What you have instead are three very believable rooms to escape, and each truly is distinctive, but they all seem to share the salient trait of being more about searching the room for useful objects to use, then finding a useful use for those useful objects. It’s not always easy, mind you, but there were none of those infuriating “that doesn’t even make sense!” moments that we all know and loath. 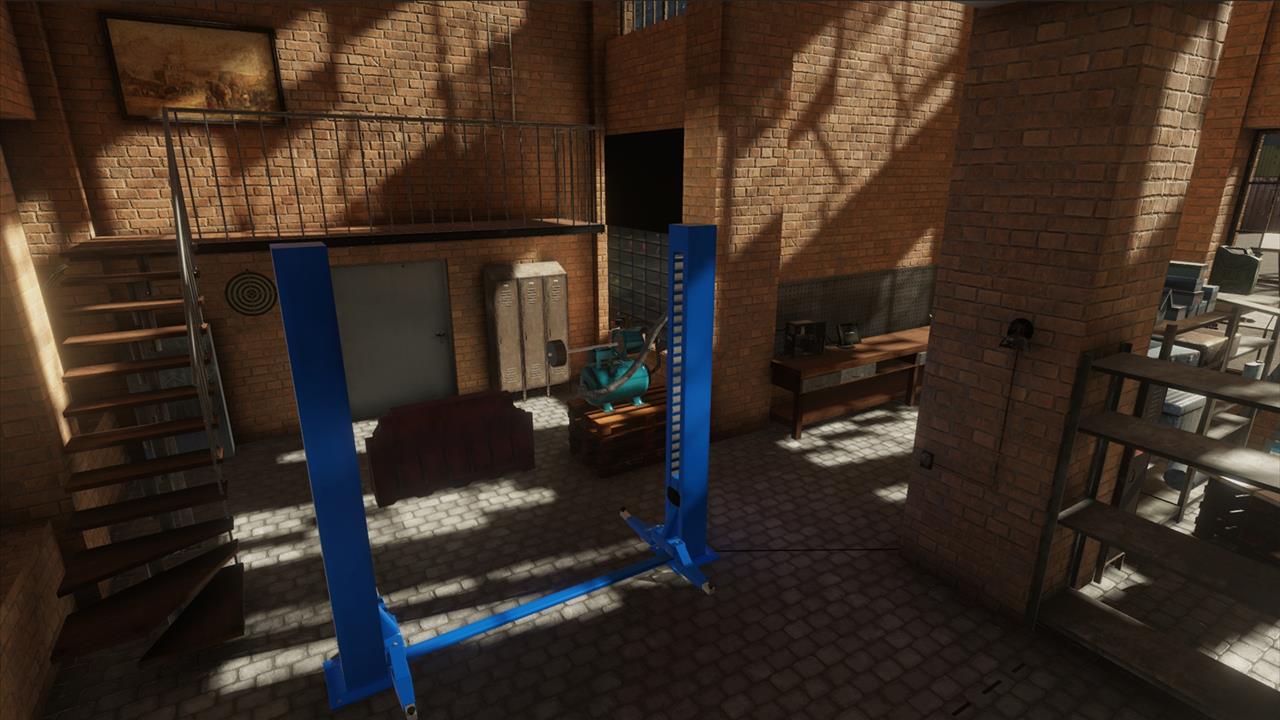 Having made such a big deal about immersion, here’s why I think it’s important: when you can “walk” around—the game actually uses a teleportation model for moving about the room—and it just feels natural to look under the seat cushions, look through any drawer that will open, and flip every switch you can find. And without jumps to other scenes as you would have in a flat game, you get a much better feel for the room(s) and their actual layout. It’s also much easier to look around and find small clues you may have entirely missed in a flat game.

So, I solved two out of three rooms in a reasonable time that was well in excess of the allowed 30 minutes. I enjoyed every bit of it, although I was irritated by having that 30-minute time limit in each room, and I was immensely satisfied and yes, actually proud, to have solved even two of the rooms. The puzzles are not easy, but they are credible—that’s pretty much the best you can hope for in a room escape game. I would love to provide examples, but that would ruin (or spoil, I guess) your fun. 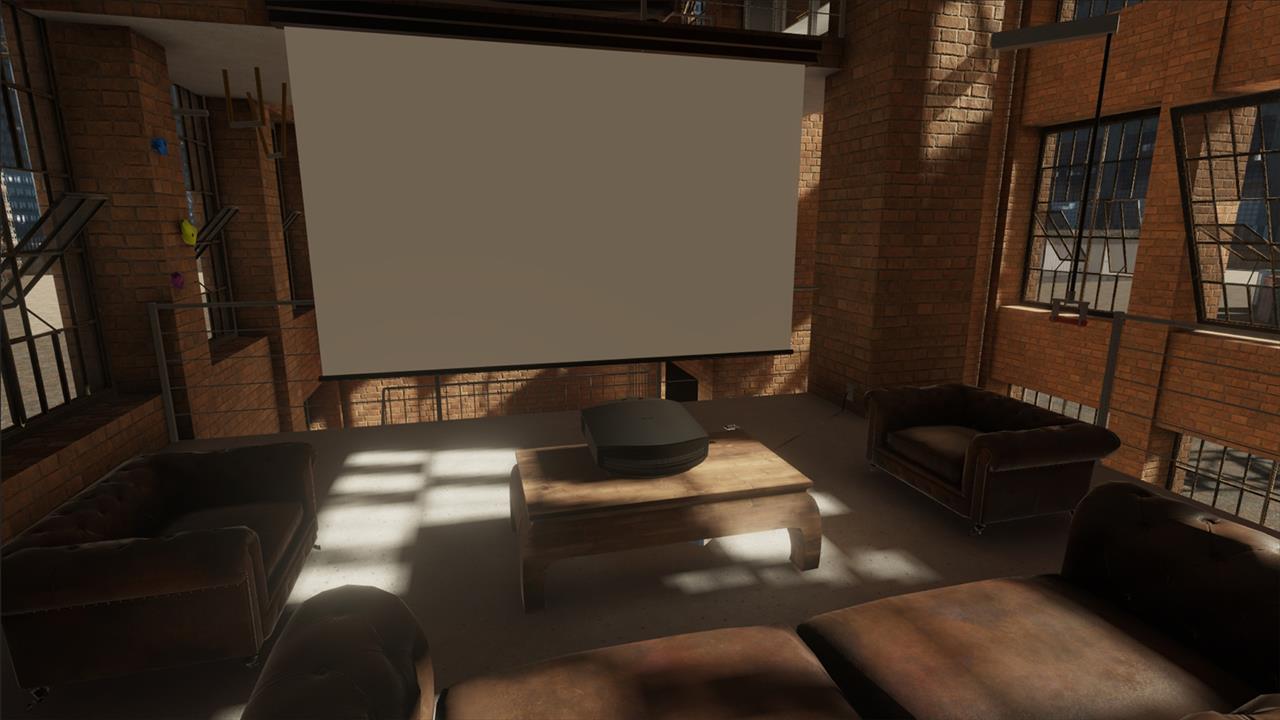 The game was solid in that I encountered no actual crashes, but there were some difficulties encountered wherein something I was holding would fall out of my hand and land somewhere far enough away from me to make it hard to find. These were the times when I most resented the relentless countdown of the timer. While I also found the disruptions from the attempted advancement of the superfluous storyline to be irritating, they by no means ruined the game for me. They didn’t help it either, though, so I question the need for them. It would be a marginally better game without them, but I still have no hesitation in recommending Escape Room VR: Stories to anyone that enjoys this kind of thing.

The room escape part of Room Escape VR: Stories is very good. There can be some quirky behaviors with the Touch controllers, but none that go so far as to ruin the experience. The unnecessary disruption from interstitial cutscenes, on the other hand, can be a mood wrecker.