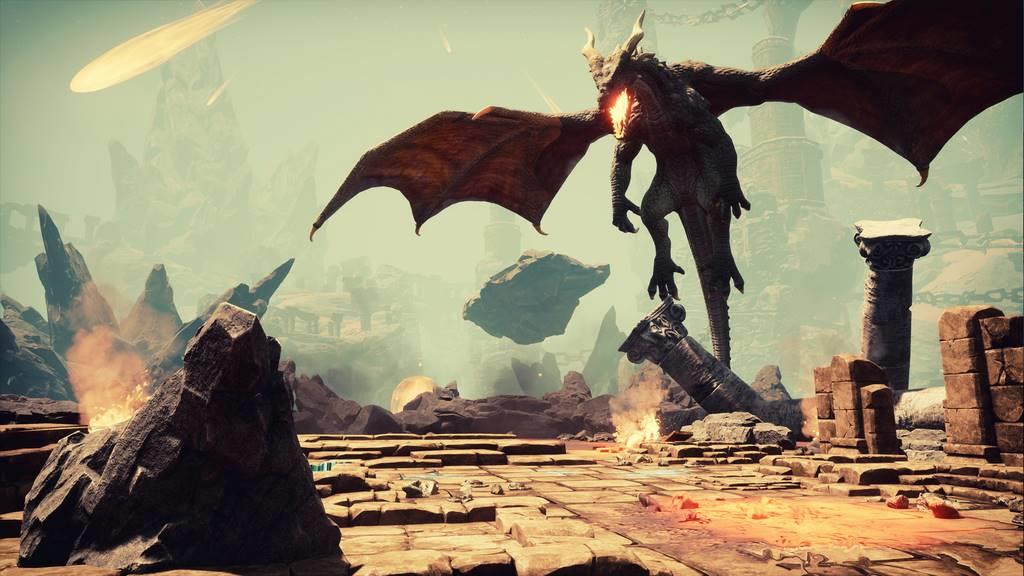 At my age it is fairly hard to confess that I was actually far more impatient than my teenage daughter was while waiting for Ms. Rowling to deign to release the next book in the Harry Potter series. My interest wasn’t piqued by any type of nostalgia in being a teenager trying to find my way through the intricacies of high school again; rather, it was a ridiculous fascination with Wizards and by extension wizardry itself. Even that interest itself was not what it seemed - if I were to look deeply enough, I would likely find my interest to have been more about harnessing raw power to do big, spectacular things using nothing more than hand gestures.

It is for the exact same reasons that I found The Wizards to be one of the more enjoyable VR games I have recently encountered. At this point it is fair to say that the novelty of VR has worn off for me. I can tell because with the early VR experiences, it didn’t really matter all that much to me if it was a good game, or just a mediocre game dressed up in Virtual Reality finery. These days it matters. I have grown tired of games that are not only poorly designed, but also those that don’t actually make intelligent use of the capabilities offered by the VR experience. If the game could just as well have been done flat 2D, it should have been.

What I enjoyed in playing The Wizards is precisely what I look for in a VR game: the gameplay grabbed my interest from the outset and kept it throughout the game with a progressively more difficult game that made good use of the immersion and enhanced interactivity innate in good VR design. I sweated. I swore. I was startled. I was tense. I was, at times, frustrated, but I kept going back for more. 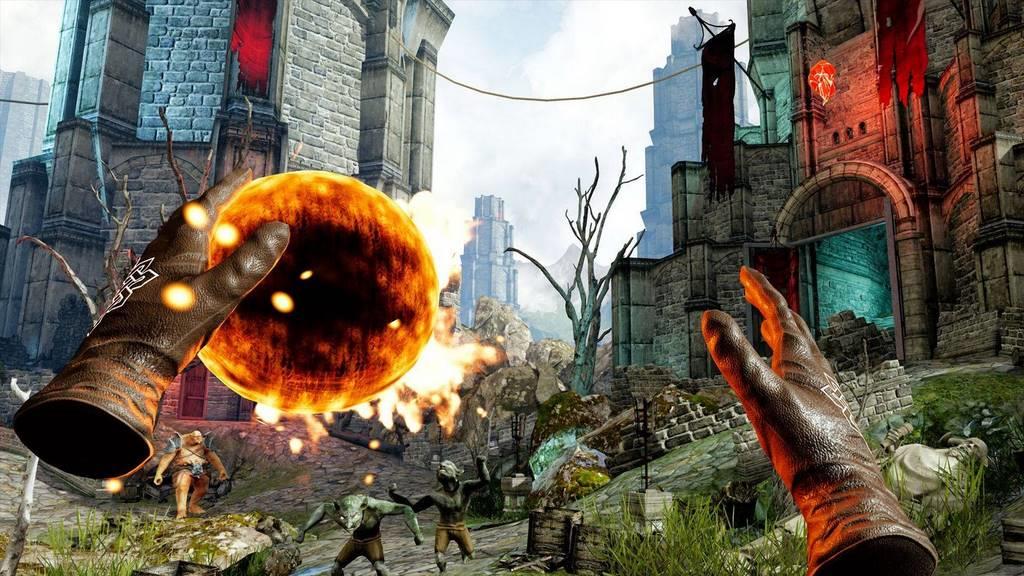 It didn’t necessarily begin well. I am probably in the minority on this, but I always cringe when presented with something other than traditional flat-screen menus in a VR game - I often find them to be non-intuitive and thus more frustrating to deal with than they’re worth. The Wizards opened with a very simple set of menus that allowed me to create a new profile, which is a good sign - I appreciate being given the opportunity to allow others to play the game without negating my own progress - which was followed by a few more menus asking whether I am left- or right-handed and if I would prefer to stand or sit while playing. Those decisions made, I was placed in front of two large wooden doors blocking access to what appeared to be an old castle. As I was standing there wondering if I was supposed to find a way to open them, a deep, comforting voice started speaking to me.  He introduced itself as a time traveler doing something or the other. All I know for sure is that he was to become my most trusted, amusing, and helpful companion throughout our impending ordeal.

Then the doors opened.

Thus began a tutorial that covered mobility, which is a clever and very workable combination of free movement and teleportation, and a handful of spells. The teleportation is not difficult, but the tutorial does serve to demonstrate that it is capable of moving you to platforms both higher and lower than where you happen to be standing, something that may not have been obvious at first. You get to practice that a little bit on your way to the first platform dedicated to teaching a spell. 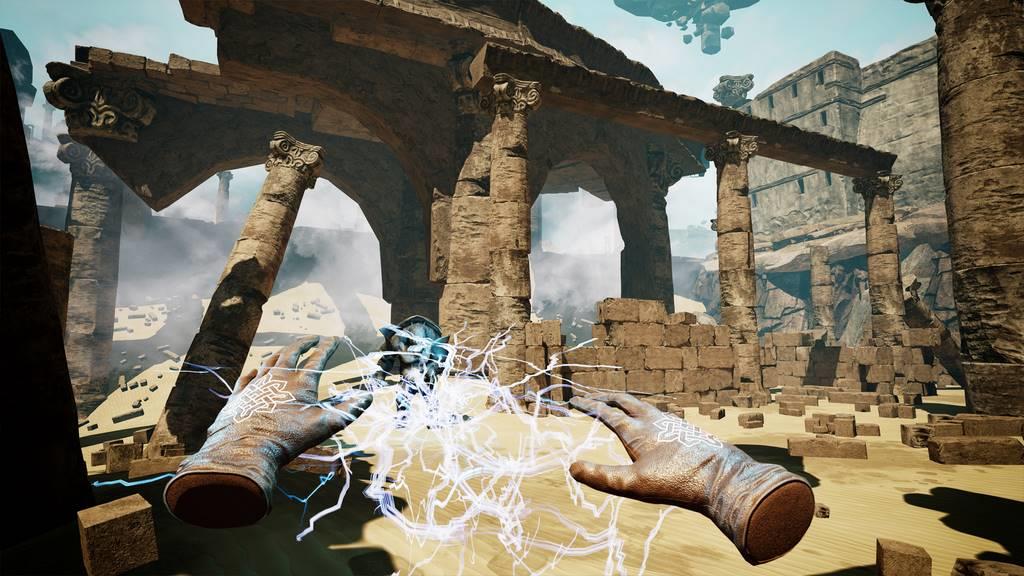 Of the spells that I learned during the tutorial, one was defensive and two were offensive. The first of the attack spells involved the conjuring and throwing of fireballs, which I was terrible at, and the second was in the form of a bow and arrow made out of ice. When I speak of things that are umpteen levels of better in VR, a bow and arrow is a prime example. As with a real bow, to shoot it you extend it out in front of yourself with one hand and use the other to place an arrow and shoot it. In The Wizards, you get to feel a satisfying little haptic feedback that informs you that your bow is literally quivering with tension, the arrow itself anxious to be allowed to fly on its way towards whatever creature it is that you desperately need/want to smite. I very much enjoyed using the bow, but did periodically encounter an irritation when I tried to better aim my arrows. I like to position the bow such that I can sight down the arrow, but doing so often caused me to bump the right side thumbstick on my Rift Touch controller with my cheek, which had the deleterious effect of turning my position 45 (or more) degrees to the right. That typically happened when I could least afford it, i.e. just when I most needed to defend myself from a large and angry troll. Or collection thereof. ‘Twas an avoidable thing, which made it all the more frustrating when I failed to do so.

In fact, my inability to conjure while under pressure was a weakness that I carried throughout the entire time I played the game. If I cannot reliably conjure, the fact that I throw fireballs as well as a one-armed penguin doesn’t matter all that much. And when the nasty little underworld critters are coming at you in a swarm, which they do, inabilities in the areas of conjuring and aiming can be fatal. Unfortunately, failure is met with a restart of the entire level. That felt very burdensome at first, but unlocking a better attack spell (and remembering to use it) eventually got me through the first level without incurring so much as a stubbed toe. It was also gratifying to find that Boss battles seemed to take very little effort to get to, unlike some of the longer, earlier levels. At least when the Boss killed me, I could pretty easily get in front of him for another try. 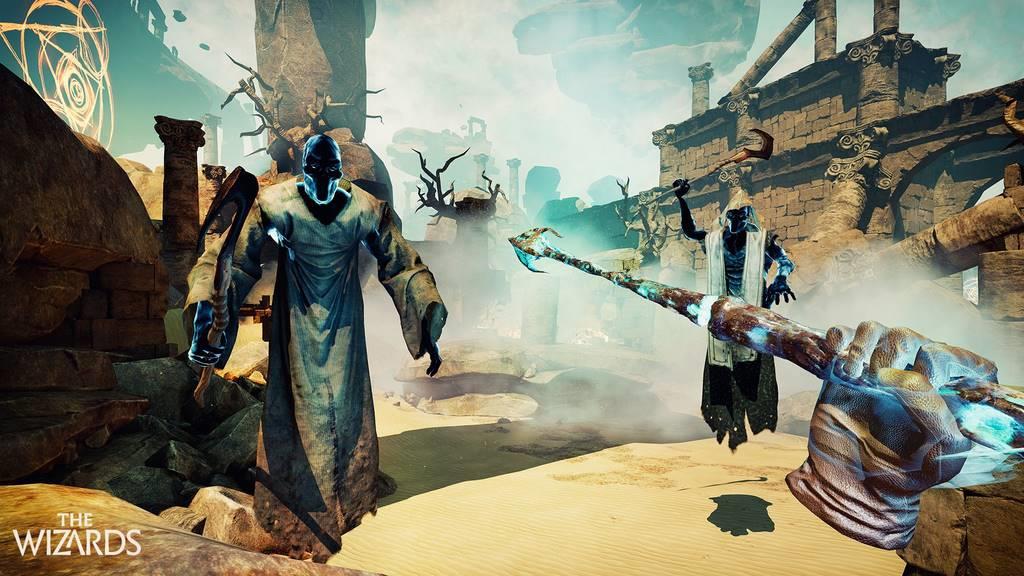 But I digress. Once past the tutorial, I was welcomed to enter The Sanctum. This is where I ran into the non-intuitive, VR-interactive menus. It was bound to happen. As is the norm, the best approach is to just start picking up objects to see what can be done with them. The Sanctum is chock full of things you can pick up, but very few that you can do anything with. The objects that are required to get into the levels are not hard to find, nor are the ones used to level-up your spells, although the motions and methods for that are not quite as obvious. It was nothing I couldn’t live with, and the environment did feel correct for the game. I grew used to it quickly.

The Sanctum was but one example of the sensory experiences that help to “sell” the game. The beautifully rendered castles, ruins, catacombs, the ominous background music, the way evil rodents and massive trolls surround you from all sides - these are the things that set the ambiance of mystery, danger, and the ever-present threat of being burned to a crisp if you don’t find a better, safer place to teleport to. Right quick. 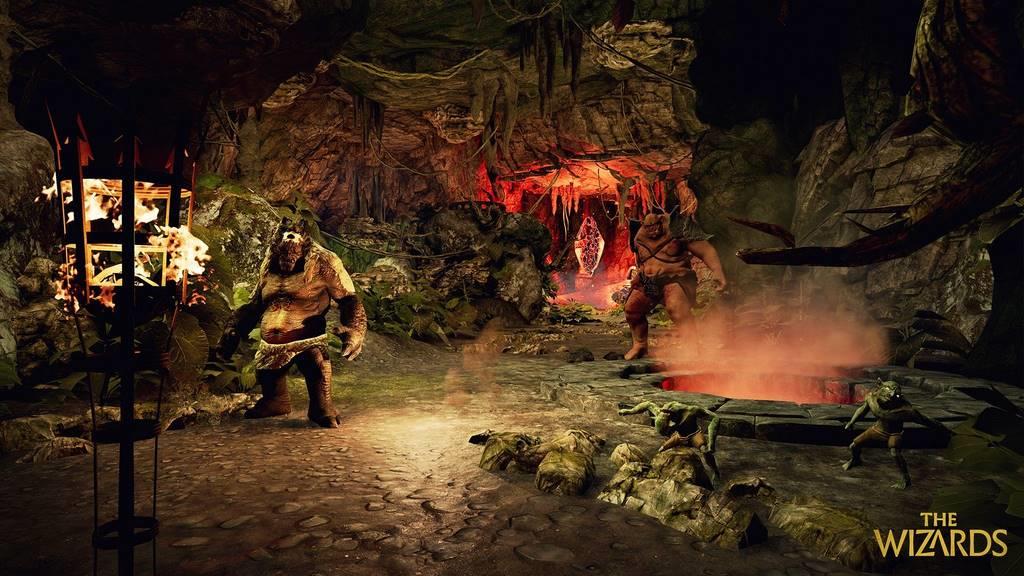 Speaking of…. While you will eventually have the spells you will need to not only survive but to win, and the experience to know which weapon to use when, you will also learn (or be forced to learn) the value of tactical retreat. There were very few instances where I found it even remotely possible to stand my ground against multiple encroaching monsters. While I did find it best to try to get to a place where nothing could come up behind me, I usually had to jump around from spot to spot while I fired off whatever shots I could conjure up in the brief moments before the monsters charged my new location. This added a notable level of frantic and futile gesturing as I tried to very quickly conjure up a spell. Darn shame I was never taught a nerve-calming spell, and even a dram or four of 18 year old scotch didn’t do the trick. I didn’t feel as bad about ignominious loss after loss, though, for whatever that’s worth. Potions - who knew I had it in me!

With a great balance between playability, ominous ambiance, and well-designed VR elements like mobility and weaponry, The Wizards is an excellent model of the compelling and enjoyable things that can be done with VR. It is attractive and enticing without being too easy or too hard. One can quibble over the dearth of save points, but the ease of getting back in front of the Boss that killed you mitigates that to a great extent. It’s fun to look at, fun to listen to, and fun to play. It makes excellent use of the Touch controllers and exhibited few (if any) of the difficulties often encountered in games that fail to work around the weaknesses inherent in the current state of VR technology.

With a great balance between playability, ominous ambiance, and well-designed VR elements like mobility and weaponry, The Wizards is an excellent model of the compelling and enjoyable things that can be done with VR. It is attractive and enticing without being too easy or too hard. Level designs are challenging but fair, although they may not feel that way at first exposure.