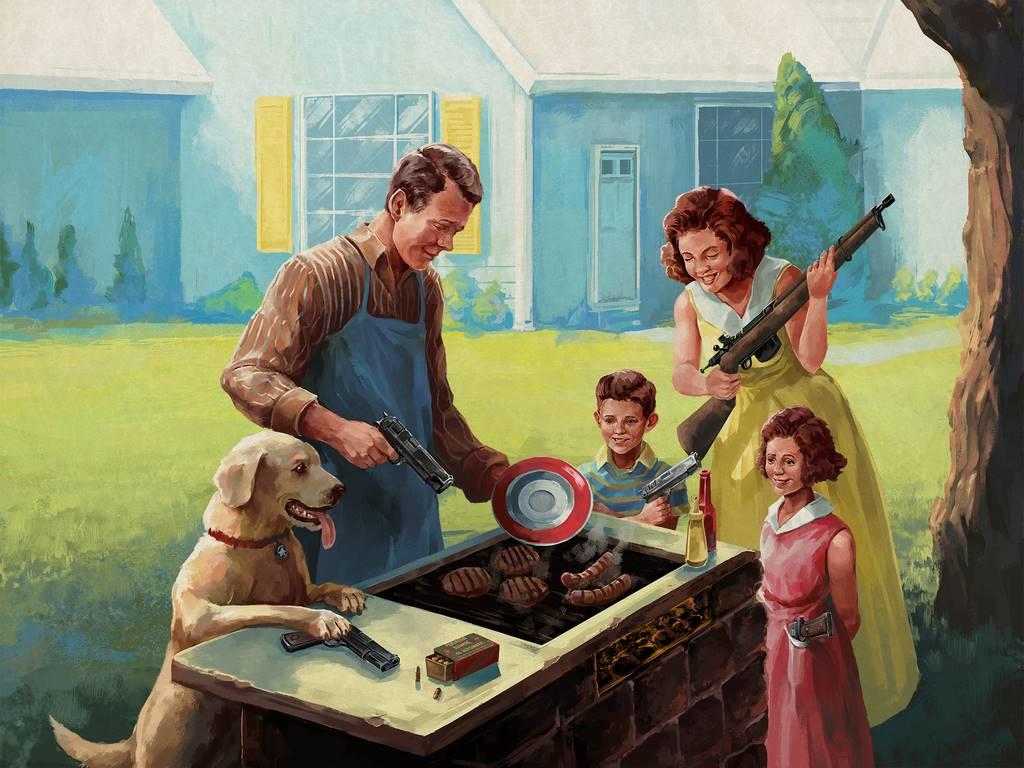 Guns in America have unfortunately been in the news a lot over the last few decades.  While the rest of the world has laws limiting the ownership of firearms in America the right to gun ownership is baked into the constitution of the country.  This has led (rightly or wrongly) to the perception of a weird gun culture within the borders of the country.

Australian Indie developer Samurai Punk will be releasing The American Dream, a VR gun satire game on March 14th.  Given the nature of the game we thought it might be interesting to see where the game came from and how they approached the game.  Below is a short interview with a group of folks from the development team.

Where did the idea for a gun culture satire come from?
Video games actually. The game spawned from a joke in the office when we asked ourselves what the dude from call of duty does when he goes home from there. Those characters rarely talk and spend all of their lives solving problems with guns so it just kinda all clicked.

How long has the game been in development?
Just shy 2 years.

Are you at all worried about backlash from "gun enthusiasts" and possibly even the NRA?
No, we think they'll love it.

Have the recent mass shooting incidents in the US impacted the content in the game or your release plans?
Not the content but the release got kinda mucked around by a few of our partners who became a little gun shy. It's all worked out in the end though. 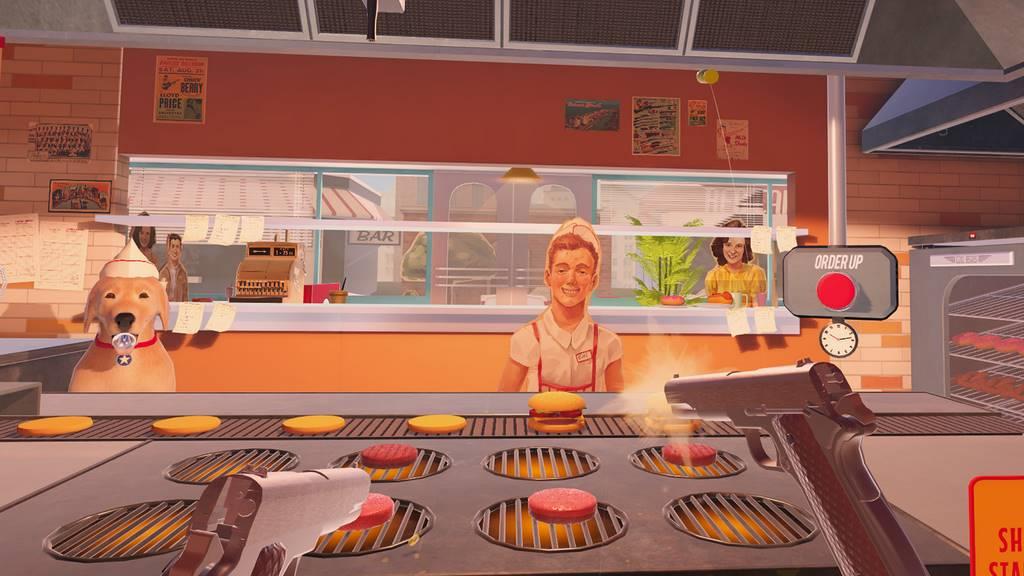 Why did you decide to make American Dream a VR game?
So when we first started prototyping The American Dream in VR we were going down this road where the presence and direct contact  with the guns helps convey the game design we were going for. Additional there's a lot of physical humour in the game that's completely lost without VR

This is your first VR game, what things do you know now that you wish you had known when you started?
We knew going in that performance on PS4 was going to be tough but as we got closer to shipping we didn't realise how close the game was to just being vomit town around every corner.

How did you decide on which stages to create?  Do you have Americans on staff, was there a field trip to the US, or did you just base them on Americans in the media?
So the game is made by Australians but a bunch of us regularly spend time in the US for events like PAX and GDC. Levels were picked in the end based on which had a good balance of gameplay but allowed us to sneak in theme and jokes. A lot of content had to get thrown out on the end because it was funny but not fun or fun but meaningless.

Is this strictly a guns thing or will you be able to play with explosives and do something like redneck fishing?
It's strictly guns but you get to use them for some pretty off the wall things. 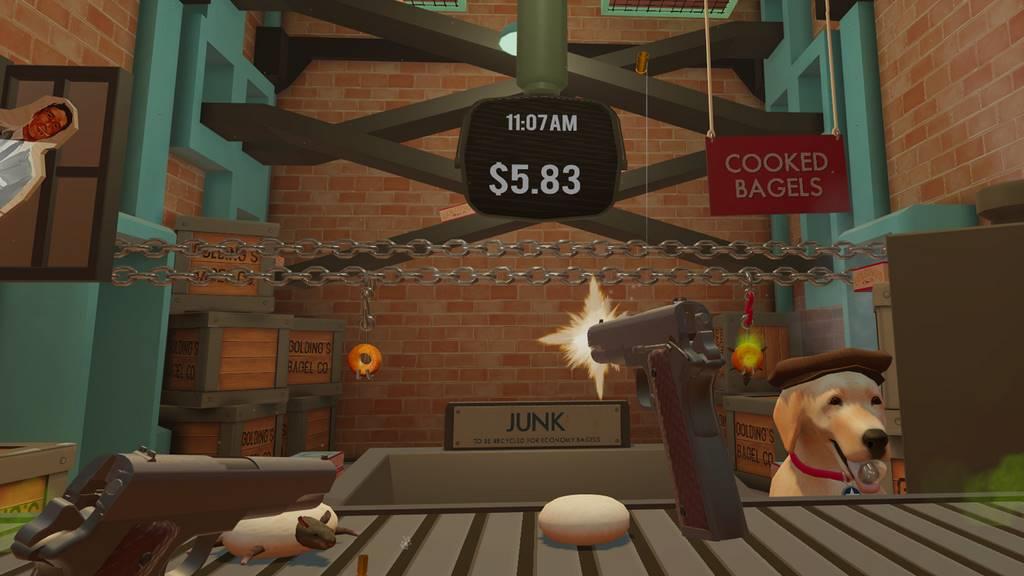 How did you select which guns to include in the game?
It's purely mechanics. Each gun has a unique way of reloading in order to make them feel like unique tools for each situation, on top of that we stuck to guns that were period appropriate to the late 50s in America and are obviously only made in America.

When people get their hands on the game, what are one or two things they should immediately try?
Try using the slow mo reloads for a tactical advantage.

What do you want people to take away from this game?
Guns are a useful tool for everyday life.

Thanks to the team at Samurai Punk for taking the time to answer our questions as well as Stephanie for coordinating the interview.