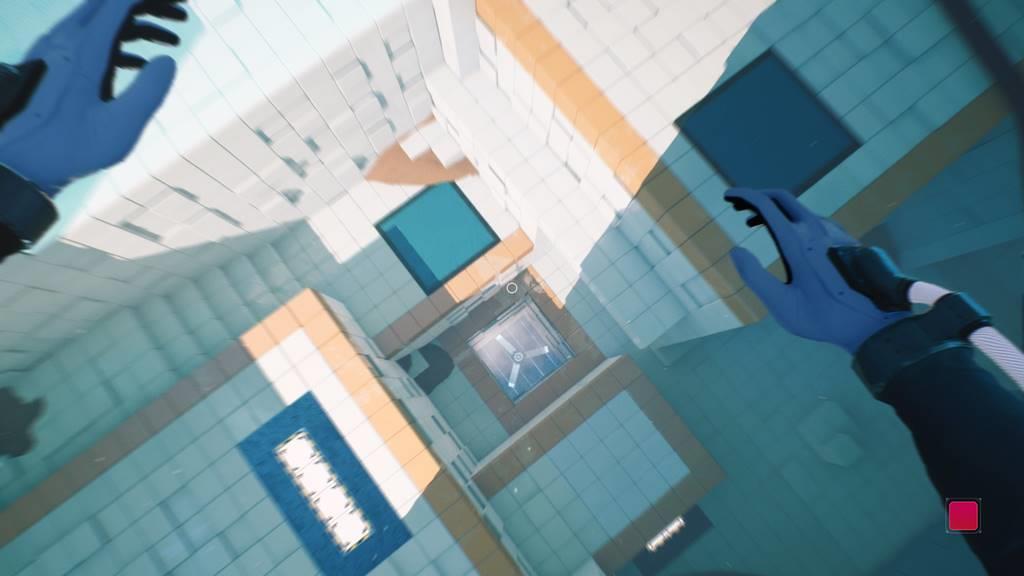 I was a child when the game Pong was released. One of Atari’s first games became the punchline for the next 30 years. “That [insert thing here] is as easy as Pong.” It became that way because it was the most simplistic game you could find: hit the ball to opposite side of the screen. Maybe, at a higher number level, you would get two balls. But nothing in the game would tell you any more than it is a computerized and minimized version of table tennis. Q.U.B.E. 2 for me felt the same, only much worse.

There is a certain mystery when you start up the game. The in-and-out blackness. The breathlessness. The staggering. It is an interesting start to any game and showed promise. You are then transported into a structure that looks like a typical building but made from blocks instead of normal walls. It is an interesting, yet unexciting structure and you hope it gets better from there. It doesn’t.

The rooms are pretty much the same from one area to the other. There are stacked blocks in different patterns, but in the same style as the room before. It is always in square and rectangle shapes and always simplistic. There are no special lights.  There is nothing out of the ordinary except a puzzle that you must figure out.

Now, if the difficulty increased as you went that would have been a little helpful, but in the first five chapters the difficulty went from a 2 out of 10, to maybe a 2.1. I can't think of one area that took more than five or so minutes to solve.  There was no lip sweat, or headache, or even the slightest thought of needing help. You just went along from room to room opening the next door. The number of moves you have to do doesn’t change very much as well. It was from two to five moves for some 50 rooms. I have never played a game filled with the same doldrums that this game produced.

Then, there is the storyline… Sigh. I should say there is a lack of storyline. Q.U.B.E. 2—who’s name is really there to mimic the shapes you will be seeing forever through the game—has about as much storyline as Tetris. And yet, you are a person, mysteriously on some planet, trying to figure things out, and unfortunately, the information you receive are rubbish. You have some Commander telling you little snippets of what to do, but even her information is usually “I’m not sure,” or, “I have no idea why.” I understand trying to make things interesting, but this game actually makes it boring and uninformative. The basic idea is to just get to the top of the structure to leave. That is as simplistic a story as “go climb the stairs.” 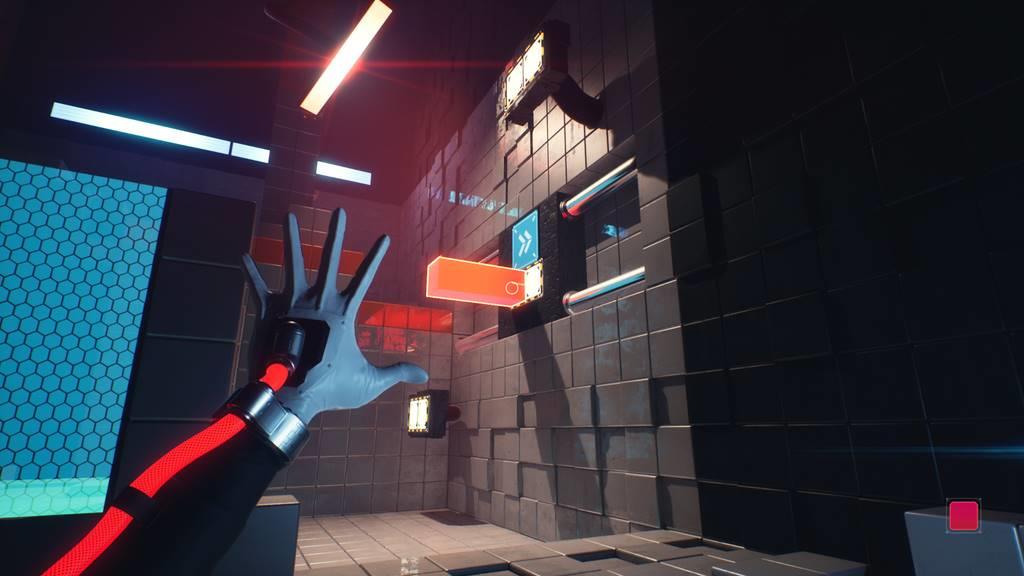 Q.U.B.E. 2 also does not give any ambiance to help this monotonous room-to-room door openings. The accented ladies chattering back and forth are only slightly interesting so you’d hope there was something else to help. There isn’t. The sound effects for the four cubes you control have the same sound for the run of the game. There are no other fantastic noises. No music of any interest save for some ambiance stuff in the background that lasts all of 20 seconds at a time.

The game eventually—after five chapters' worth—gives you multiple puzzles to solve to open the magic door. Sometimes this even means using another door and elevator to get there. You are in some six chapters before they add some other interesting things to use, like rotating floors and posable floor arms that bend in 90-degree angles to help you move in different directions. These make things a bit more complicated (finally a difficulty around a 3 or 4 out of 10) but not in a way that adds excitement in any fashion. 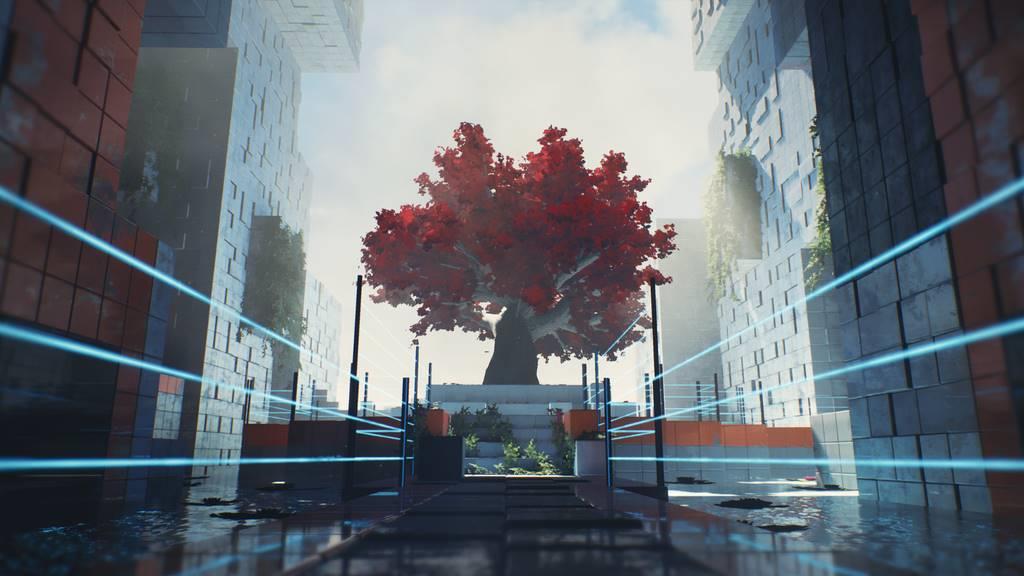 At some point you would think the game would offer something else to do. It doesn’t. There is no treasure. No coins to collect. No new powers to get. No weapons. No special armor. No jump boots. No nothing. It was if the designers said, “Cubes are so dang interesting, that extra stuff would be useless content.”

The biggest thing that doesn’t work in this game is the excitement. There is nothing to hurt you. Nothing to kill you. No monsters. No lasers. No lives. No fall damage. No getting squashed. No time limit. No explosions. Heck, you can’t even run! I was getting to the point of wanting to see the next level just to see if it was as uninteresting as the previous. There was a level that I saw fan blades that you use to float upward and I thought “Finally! There is a way to die! A challenge!” Nope. There just isn't anything there to add any kind of risk to the game.

Not that there isn’t enough things “meh” or worse already explained, there are a few problems as well. First of all, the green blocks aren’t movable by the person, which seems very odd. They would be much more fun if they could be pushed or picked up. Nope. The game also says you can “place” the items on the white pads. You don’t place anything. You just change the color of the white pads to whatever color you need. Speaking of colors, there are three. Orange (which is called red for some reason), blue, and green.

I can honestly say that the game does work and the puzzles are there to solve, but beyond that, there is nothing wondrous or fun. I have tried to plod through with enthusiasm but every time I think it is going be better, the same simplistic, single, blue, springboard stands before me, defying excitement. Unfortunately, there just isn’t any excitement to find.

Q.U.B.E. 2 is a puzzle solver's dream in a gamer's nightmare. There are dozens upon dozens of simplistic button and jump puzzles to complete over a five-hour time span.