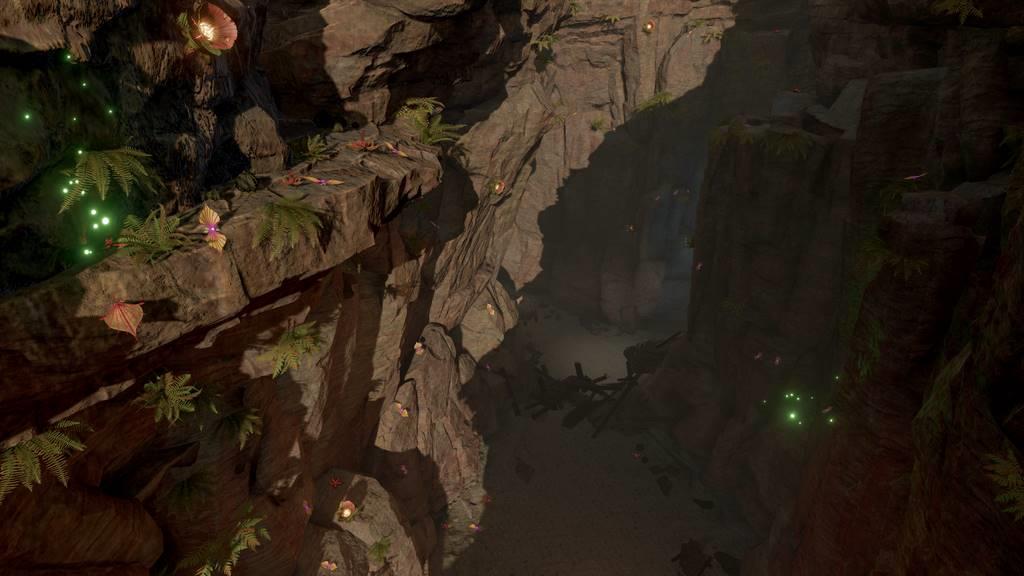 The Way of Kings VR

I actually put off this review a week because I was a bit pressed for time and to jump into the rich world of an award winning fantasy series and not have the spare time to really give it its due I felt would be a disservice. Finally my schedule opened and I stepped into the world of Brandon Sanderson's Stormlight Archive with The Way of Kings: Escape the Shattered Plains. I am not familiar with the books but am aware they are highly acclaimed, have a good following, are three books into the planned ten novels, and I'm always up for some good fantasy storytelling. I jump into the game straight from the title screen as a storm whips around me. I am chained by the wrists to a dock and the winds are hurling boulders in my direction. Finally one meets its mark, the screen goes black, and I awake to the voice of a little spren, a fairy-like creature that serves as my guide.

We're deep in a gorge and as we wander about I discover I have magic, telekinetic like powers to lift and throw boulders. There are a few examples of the worlds flora and fauna, and Sly, my spren companion, gives me a basic combat tutorial: basically, hold the wand bumpers to make a fist and start swinging. Then after backtracking through a nausea inducing trek up the side of the gorge, we're on the tabletop of the mesa and surrounded by Prashendi, the game's enemy faction. A skirmish erupts where the Prashendi politely shuffle just outside of my reach in an orderly fashion, occasionally stepping in one at a time to make a labored swing of a club. They may have the overwhelming numbers but they have no clue how to use them. It's pretty easy to jump around and amass victorious only for a giant bug like Chasmfiend to arise from the gorge and threaten us all. A couple boulders to the face and the threat is subdued. The Prashendi take their leave with the commander promising that if we meet again things will end differently (a threat that might easily have teeth if they use this break to rethink their tactics that resemble the ninjas in  a Bruce Lee movie: slowly, and in single file). The screen once again fades to black. After this promising introduction to a rich world, our quest is underway.

Only it isn't. When light descends to illuminate the darkness I am back at the title screen again. Obviously this must be one of those times when the game let me begin the first level while the remainder downloaded and once that's done we'll be back on track. But I see no progress bar for that download... No, a little investigation later and I come to realize, that was it. The Way of Kings clocks in at about 15 minutes of gameplay and that really is all there is to it. Now don't I feel silly for putting this review off? 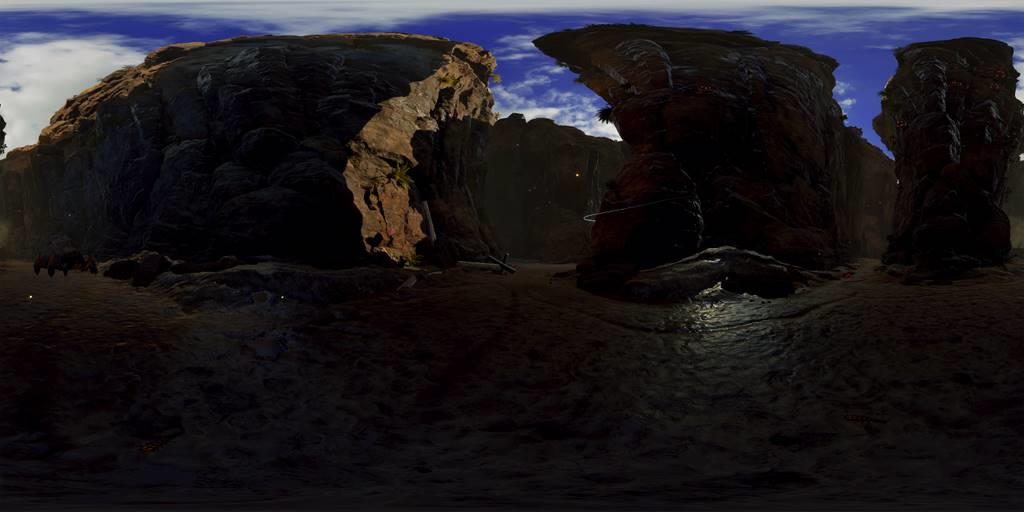 I've never actually wrote a review longer than the game before. Well, until now.

The Way of Kings doesn't hide it's length. It's right there in the Steam profile: "Escape the Shattered Plains is a short (20-30 minutes) interactive narrative adaptation..."

I've never played a game where every single thing to do is actually expressed in bullet points in that same profile:

So the question is, who is this game really for? At best I guess it works as an advertisement for Sanderson's novels. I wouldn't even recommend it for fans of his work because it is more likely to frustrate you into wishing there were more than satisfy you of getting a VR glimpse into the fantasy. I guess if it had a much greater difficulty, or an enemy/boss encounter that really required some skill to pass I could eke out a little more, but as it is, it merely exists as a glimpse into what could be a rich and interactive world but instead is merely a tech demo.

I almost feel amiss even giving this game a score. But then again I feel the same about even calling it a game. It's an $11 demo. You'll be hard pressed to stretch your total playtime past half an hour. The worst part of it is that it's actually pretty good, but as soon as the story feels like the prologue is over and it's time to take off, you get kicked right to the title screen and it's all over. I have no idea what the plan was here, there is so much potential between the source material and implementation but at the end of the day well not even that really, at the end of 15 minutes of gameplay, it just, well, ends.