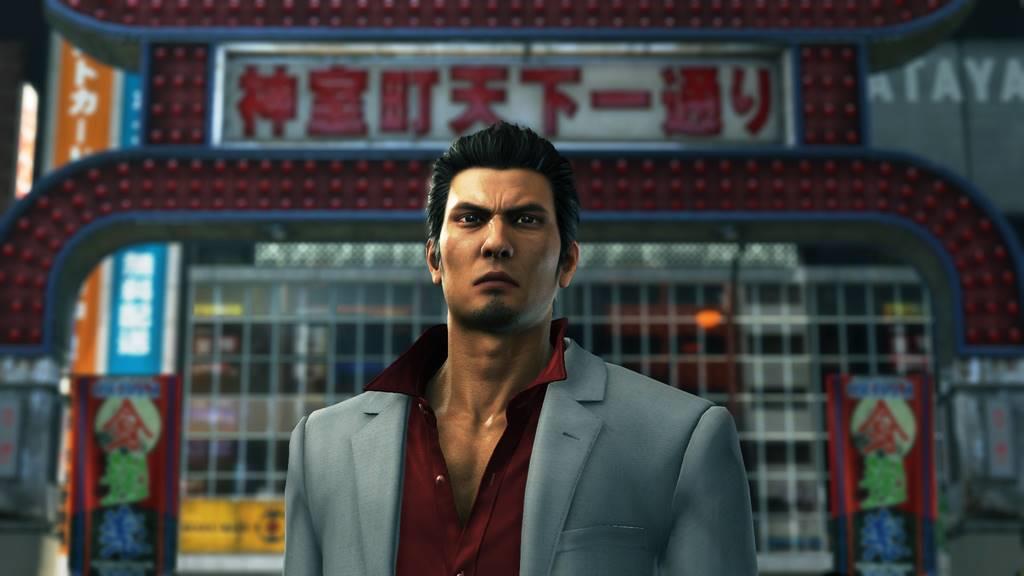 Yakuza 6: The Song of Life

The hardest thing about reviewing games, I’ve discovered, is moving on from games that you aren’t quite done fiddling with. As game reviewers, we scurry through game worlds, hitting as many high points as we can in the limited amount of time we have, on a mad quest to experience as much as possible while still dashing towards the end of the main storyline. You need a singular focus, a laser-like beam of attention to keep from getting distracted by all the shiny objects placed in games to distract players.

Boy, does Yakuza 6: The Song of Life have a lot of shiny objects. In fact, the shiny objects are half the game. Some people call the various distractions in the Yakuza series “mini-games,” but at this point they are almost full-fledged games themselves, nested within the main title. Heck, some of them are literally full-fledged games. The entirety of the Virtua Fighter 5: Final Showdown cabinet is embedded in this game, and it plays silky smooth. Try pulling yourself away from that to continue forward with Kazuma Kiryu’s storyline. I dare you.

Not that Kazuma Kiryu’s storyline is some sort of punishment. On the contrary, the melodrama on display in Yakuza 6 is the most entertaining type of soap opera. I have not played every other Yakuza title, so I am not 100 percent clear on the backgrounds of every character in the franchise’s history. After an extremely long series of cut scenes at the beginning of the game sets the stage, Yakuza 6 does a fine job of bringing new players into the fold, expertly doling out information on a need-to-know basis without overwhelming newcomers with needless details.

This installment, reportedly the last game centered on main character Kazuma Kiryu, finds our hero recently released from prison and at the center of a mystery that impacts him on a very personal level. His ward, Hiruka, has been the victim of a hit and run. She lies comatose in the hospital, leaving Kiryu to put together where she disappeared to while he was incarcerated, who hit her with a car, and why. This leads him on an investigative course that takes him from Tokyo to Hiroshima and back again, asking questions and making new friends and enemies, all while caring for Hiruka’s infant son.

The story unfolds slowly, with many surprises, twists, and turns. Characters who at first seem disconnected are revealed to be in cahoots. Secret motivations and grudges are revealed. The mystery goes careening merrily off the rails into goofball territory, then jumps right back on the rails again for scenes of earnest drama. The mood swings wildly, and it is this crazy teeter-totter of unpredictable tones that makes Yakuza so entertaining. More than once, I sat my controller down in disbelief to allow my brain to catch up to the happenings in the game. Players that are opposed to cut scenes should tread lightly into Yakuza territory, though, as this game thinks nothing of locking you down for six or seven minutes at a time while it unspools its lunatic narrative. 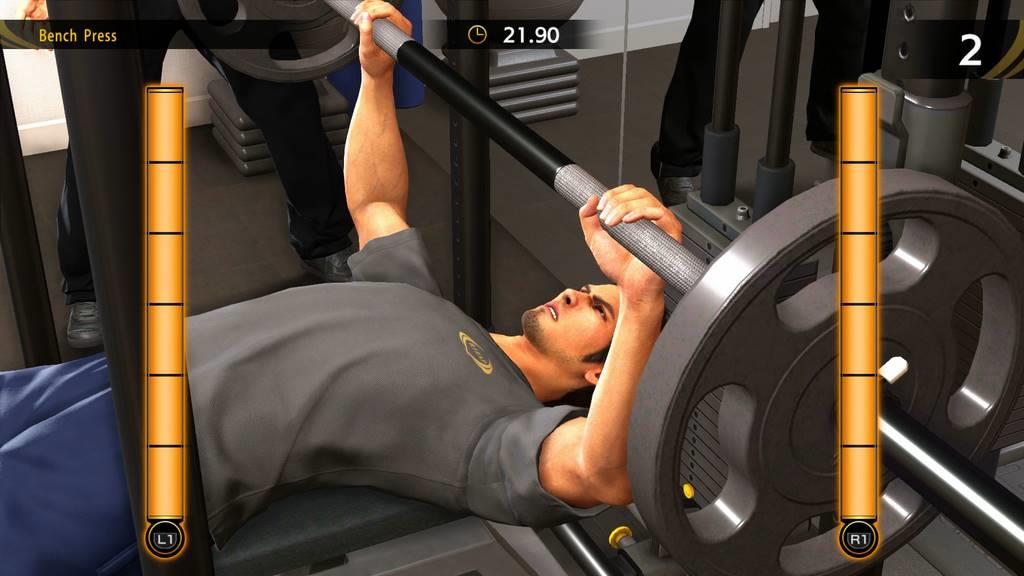 Almost every interaction in Yakuza 6, with either friend or foe, leads to Kiryu beating the living hell out of someone. He beats people up in the street. He beats people up at the park. He beats people up in the hospital nursery. The combat in Yakuza is over the top and satisfying. Refreshingly, at the end of a fight, everyone almost always gets up and walks away. Guns are few and far between, and while the game doesn’t shy away from graphic violence, deaths are rare enough to have impact on the characters when they occur. Fights are often used to establish a pecking order, and respect is always shown not only to the victor, but often also to the honorable defeated party. Frequently, foes will find new respect for Kiryu after he beats their faces in, even to the point of becoming new allies. This approach to video game violence was surprisingly welcome, and I found myself engaging in the most horrendous acts of physical brutality with little of my usual secret guilt.

Kiryu starts with a set of basic but effective fighting moves, and quickly unlocks more advanced combos. Button mashing can actually be effective but learning even a couple of easy combos makes combat much more interesting and satisfying. Fights are very environmentally based. Kiryu is able to make use of his surroundings, grabbing stuff off the street and pummeling people with it. My favorite move involves lifting a foe above my head and slamming them, crotch-first, into a light pole. No matter how many times I slam a bicycle down on someone’s head, it is always deeply satisfying.

Winning fights gains the player EXP, which can be used to either build Kiryu’s stats or unlock items from a very deep book of skills. But there are many other ways to earn EXP. Eating food, playing mini-games, running down the street, you never know what will unlock an EXP boost. I got EXP for playing through two levels of Virtua Fighter. I got EXP chasing a drone down the street. I got EXP for drinking so much booze in a bar that Kiryu couldn’t walk straight. I soon made a habit of just letting my EXP pile up during a play session, to burn it all in an orgy of skill-buying right before saving.

There are literally hundreds of skills to pursue with your steady trickle of EXP. There are combat-based skills, of course. But once you have unlocked all the curb stomps and body-slams, there are a ton of other fun things you can pursue. Learn how to sweet talk the ladies, make new friends easier at the bar, or increase your alcohol tolerance (Kiryu hangs out at bars a lot).

In addition to the main storyline, there are many sub-stories tucked throughout the game. These mini-missions (known in every other game as side quests) are generally triggered by just wandering too close to their starting point. Don’t go into these sub-stories expecting Witcher 3 levels of immersion, however. More often then not, they are quick five-minute vignettes, over swiftly and just as quickly forgotten. Sub-stories are amusing and sometimes downright hilarious diversions, but beyond the small burst of EXP they deliver, they are mostly disposable.

But of course, there are always the “minigames” to pick up the slack. There are so many minigames, there is no way I could discuss them all in one review. Let’s just start with the full Sega games. In addition to VF5, the other games included are Puyo Puyo, Out Run, Super Hang-On, Space Harrier, and Fantasy Zone. Each of these games are full versions and are accessible via arcade cabinets found in-game at Club Sega, one of scores of businesses that Kiryu hangs out at. Virtua Fighter and Puyo Puyo are also available to play in multiplayer from the main menu. So, yeah. That rocks. 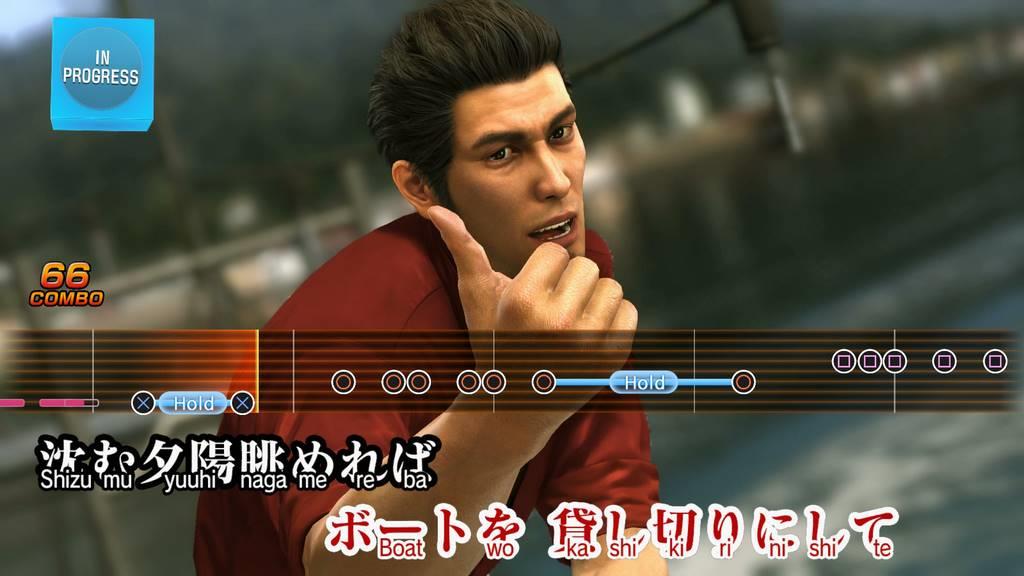 In addition to the Sega titles, Yakuza 6 contains a Mahjong parlor, a full baseball management simulator, a karaoke rhythm game, fishing, darts, a creepy but funny Live Chat simulator—a weird conversation sim that has Kiryu trying to win the favor of “hostesses”—a street-gang rumble simulator, a horribly irritating babysitting activity, a workout/gym simulator, batting cages, the list goes on and on. There are mountains of content hidden in this game. Every time I thought I had seen it all, I stumbled around the corner and found a new activity to pursue, and poof! Two hours of my time disappeared.

Not all of these minigames are created equal, but they do all deliver a fair amount of amusement. For example, I didn’t really care for the Karaoke game. But I initially stumbled upon it while Kiryu and his buddies were in the middle of another mission. We were all racing towards a destination where some dire events were taking place, so I enjoyed cackling to myself when I just ditched my gang outside to go and take an hour to howl J-Pop lyrics into an empty room. Just the fact that these wild activities are tucked into this pseudo-serious game generates laughs. The only minigame I didn’t really engage with was Mahjong, and that’s mostly just because I didn’t think I really had time to figure out how to play Mahjong. Other than that, despite my best efforts to cut my time with these activities short, I found myself spending literally hours with most of them.

Of course, I did have a few minor quibbles with Yakuza. Some of those cut scenes are pretty long, and the opening hour is a slog. The graphics, while at times jaw dropping, can swing into cartoonish territory on occasion. Maneuvering Kiryu through the environment, particularly interiors, is a lot like drunk-driving a tank. He rams into stuff a lot. But really, that was it. If there’s a mini-game you don’t like, you can pretty much just ignore it and move on with your life.

Yakuza 6 is not a game to be rushed through. Rather, it is a game to savor. It is a game to hop into with the intention of wandering around, having a few drinks and goofing off. The storyline is fun, but it is perfectly willing to wait for you while you go and spend a few hours hitting baseballs. None of the other gangsters seems to mind if you wander away to hang out at a bar instead of meeting them for a rumble.

With so many ways to amuse yourself, the guilt-free violence, and the weird gonzo/serious mood swings, it's hard not to recommend Yakuza 6. It is a different sort of open-world game, where no one gets run over, and the safety of civilians is given respect. Other game franchises might want to sit up and take notice. Yakuza has been cruising under the radar for years, but with each successive release, the series garners more attention. This might just be the entry that pushes Yakuza over the top and into the mainstream.

Now if I could just put it down and stop playing it.

Yakuza 6: The Song of Life wraps up the story of Kazuma Kiryu with the same sense of style and attention to quality the series has always maintained. By alternating erratically between deadly serious crime stories, and wildly goofball side activities, Yakuza strikes an entertaining sweet spot that few other series manage. Players should set aside a lot of time before engaging with Yakuza, because like the mob, this is a game that will keep pulling you back in.