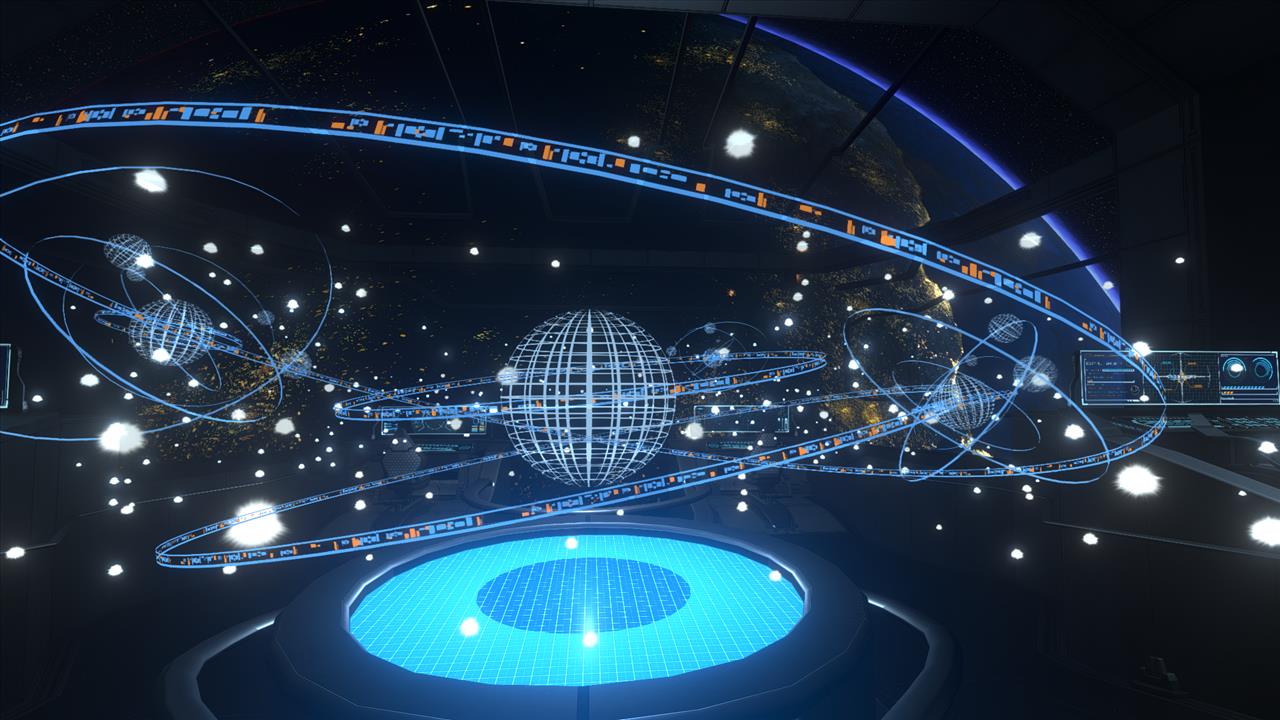 I hate it when I have to clean up other people's messes.

I’m not sure why I always get the ugly and dirty jobs, but there I was, yet again, sent off to a distant spot in space to figure out what kind of trouble those first three folks to go got into. Look, I’m all on-board with investigating newly discovered species; that’s why we became a spacefaring race in the first place, right? But seriously, I think we tend to take things too far. Consider my assignment if you don’t believe me: some pointy-headed telescope-loving academic caught signs of a civilization we were previously unaware of. No dig deal, that—it’s what he’s paid to do. All I ask is that they use a little common sense when we send people out there to take a look. It’s one thing to take a look at a peaceful race, but these folks were in the midst of a brutal civil war. Sure, it appeared that they might have some useful pieces of tech we could learn from, but it was equally apparent that they weren’t the type to meet us at our landing site with pretty lights and compellingly rhythmic, massively amplified organ music like in that ancient historical documentary. I can't remember the name of it, but I do remember people making mounds out of mashed potatoes, back when we still ate stuff that grew in the ground.

But these people? If they would fight their own people with a level of brutality we have never encountered before, what made the bookish set think we would be welcomed with open arms and pretty lights?

At least the academics recognized that the native temperament of the aliens was pretty awful. I guess they thought that with a deep enough understanding of what motivates the natives, we could convince them that we were not a threat to them. Did it work? Well, that’s the question of the day, isn’t it? Once communications from our three scouts dried up, we had no idea what had happened, or what the meaning of it might be.

So they sent me. Again. It’s like there's an “I’m your Huckleberry” tattoo on my forehead that I have never been able to see for myself. Fortunately, I am good at what I do. Maybe that’s why they keep sending me on these miserable assignments. Maybe I ought to contrive to fail now and again. Or maybe they just don't like me. Academics tend to look down on people that work for a living.

Too late for me to duck out of it with a clever excuse this time around, though. It was up to little old me to figure out what, if anything, went wrong. With communications having simply stopped with no explanation and no visible cause, it could have been anything from a simple hardware breakdown to something far, far worse. It would require an onsite inspection to be sure. 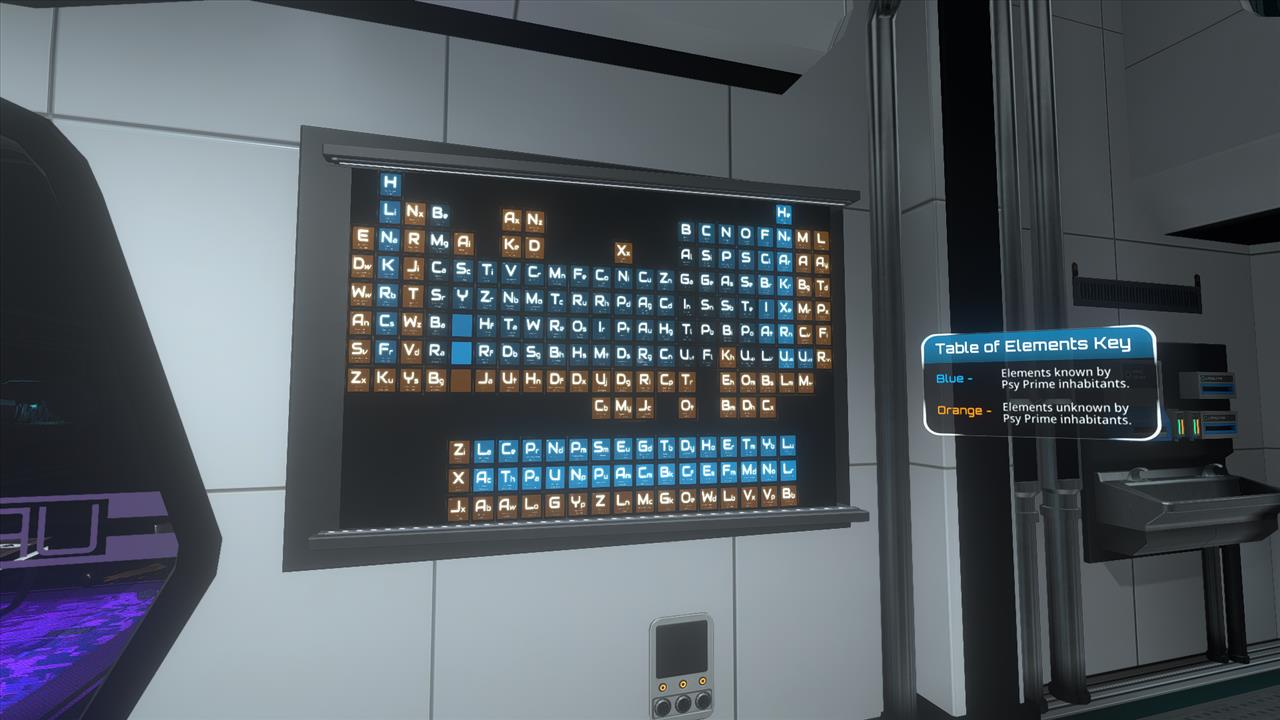 I would have to go to The Station.

There I would find what appeared to be an empty vessel, though there was plenty of evidence that the crew had been just fine not too long ago. None of them greeted me at the airdock and, in fact, once I made my way into the station I could see that things weren’t at all copacetic. Spilled drinks, broken equipment, and all three emergency life suits missing from their racks—other than the spilled drinks, these were all obvious indications that something was amiss. This was shaping up to be the royal mess that I had half known would meet me. Unless I could find at least one living, breathing member of the crew, though, it was going to be next to impossible to put together the pieces of the mystery.

Lucky for me, the station had been upgraded with augmented reality devices. Through the use of these, and through the expedient of searching through the crews’ underwear drawers, I was able piece together some of the events that led to the communication shutdown. I am not at liberty to discuss the AR technology, nor am I going to share their dirty laundry (so to speak), but it appears that tensions between the crew were high. This was not all that surprising to me because I have seen what can happen with mixed-gender crews in deep space. It's lonely out there. Things happen. Suffice to say that I was not going to find a happy crew, if I even managed to find a live crew. 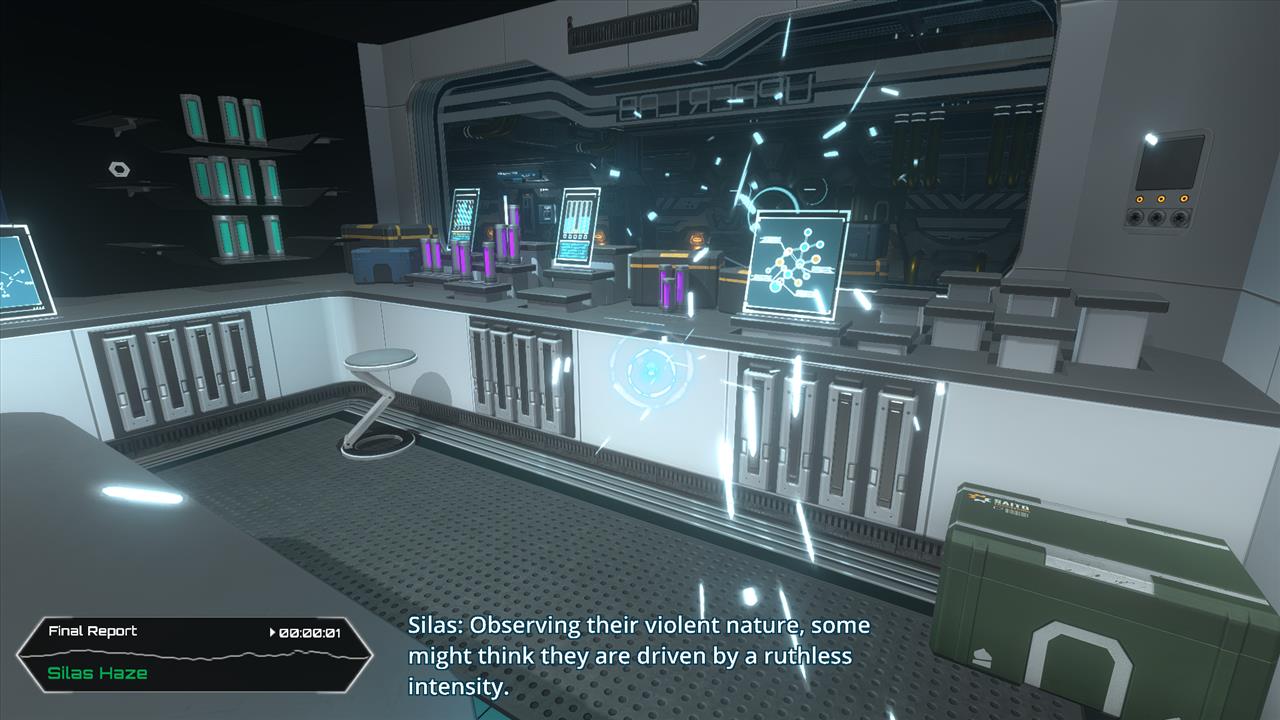 The station itself had fallen, or been pushed, into a state of disrepair. It took me quite awhile just to unlock enough doors to get to the engine room to attempt to restore power. Being more or less unfamiliar with the engineering and mechanical aspects of the station, I spent quite a bit of valuable time and effort simply puzzling out how to do simple things like get parts out of inventory and re-calibrate the engine power modules. On the plus side, though, although it was dark and spooky, I never ran into any crazed aliens or lunatic crew members. There was plenty of oxygen too, so I didn’t really feel like I was in any kind of hurry. The primary challenges were as I said before: doors were broken or locked, a lot of the support and operations machinery was out of kilter, and I had no idea how to fix any of it. It all made me wonder yet again how I got stuck with this terrible mission. Probably something I said. I can be a little caustic at times. I blame my parents: using sarcasm as a parenting method has its costs.

So...I did eventually find out what happened to the crew and to their mission. In fact, I found out far more than I ever wanted to know. As it turns out, what I learned was so fraught with political peril that I am taking an enormous risk even telling you this much. I had better stop now before someone catches on and makes me [click] 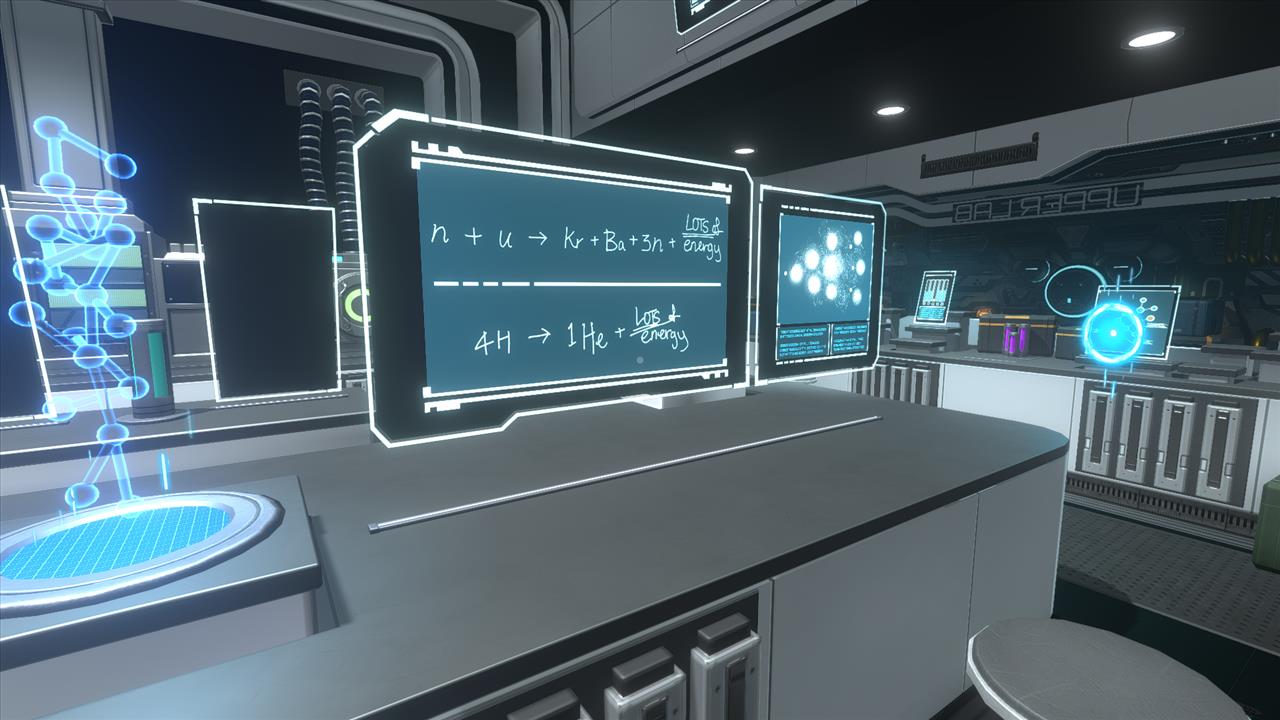 A true story? Obviously not, but it is the storyline of The Station, a first-person, spaceship-based, puzzle/adventure game that puts you in the shoes of a recon specialist sent out to see what happened to the Espial and its crew. The hopefully spoiler-free narrative above will give you a pretty good idea of what the game is about. It is difficult to convey the visceral sense of dread you get from playing it—the ominous music/background ambience combined with the dark interior and sense of trauma fed by the abnormal sloppiness of the crew sets a foreboding tone. As you get deeper into the game and learn more about the inner turmoils and interpersonal frictions of the crew members, you start to wonder if whatever the disaster was that knocked them offline might be a much smaller civil war than the one occurring down on the alien planet—you start to wonder if the crew themselves reached a limit and went after each other. Space madness, if you will.

With experience, you also get better at figuring out how things work on the station, and better yet, now to get some of the malfunctioning equipment back online. These are the primary puzzle aspects of the game—it plays almost like a 3D room escape game, except that the “puzzles” make much more sense. There were a couple that took awhile to figure out, but there was never one of those “and how was I supposed to figure that out?!” moments. It was all…logical. 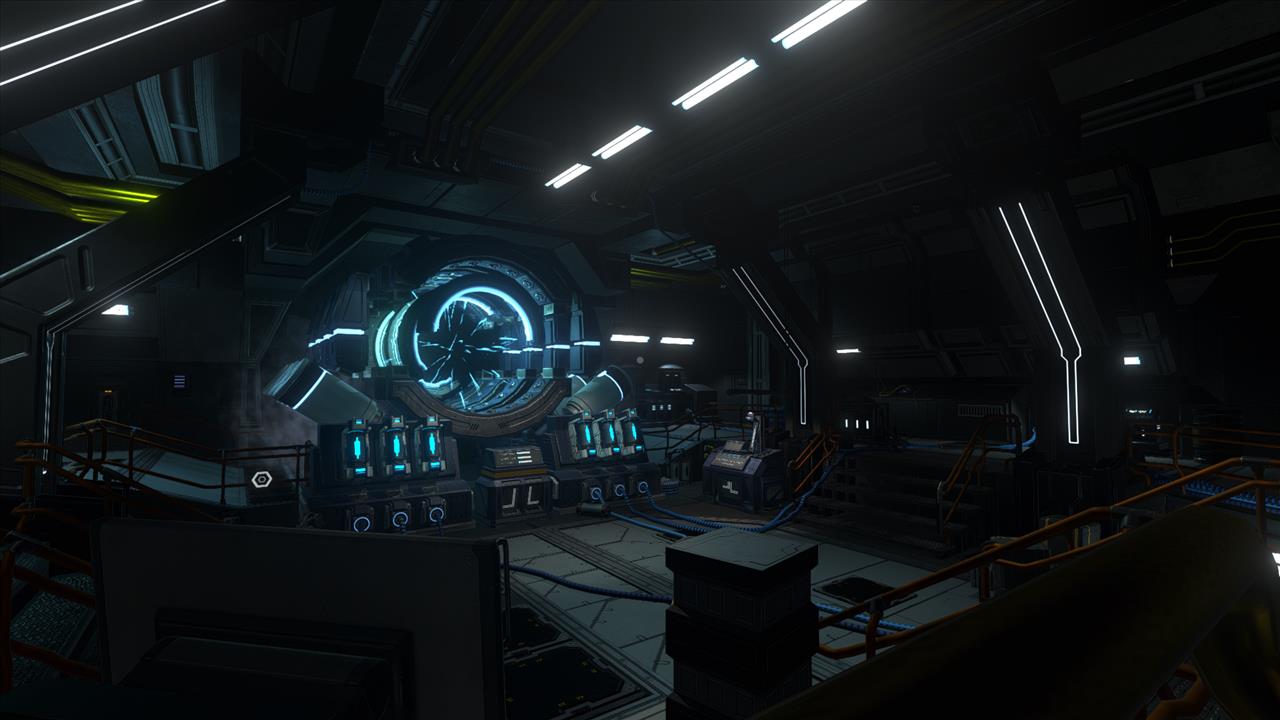 Being the lone guy hunting for three lost crew members, you would think there wouldn’t be a great deal of character development. You would be right. But, through the AR technology you are exposed to thoughts and feelings of the crew that they never thought would be shared. As such, the raw emotion in some of the emails and messages you will read help you to understand the relationships between the three crew members and what motivated their actions.

A game like this is hard to review. The reviewer has to be careful not to give away too much while also trying to explain why you might want to buy the game or, worse, not buy it. It eventually just comes down to mechanics and storytelling: did it work, was it interesting, was it visually attractive, and did the sound effects add to the ambiance in a meaningful way?

Well, yes, yes, yes, and yes. And best of all, it also told a compelling story, and told it in an innovative way. The total playtime was around three hours and pretty much every bit of it was solid. This one is a pretty safe bet if you're looking for some adventure in deep space.

It's always a pleasure when the storyline is as intriguing as the gameplay. The Station is good at both in equal measure. The solutions to the sundry problems on The Station are just challenging enough—not too easy, not too hard.