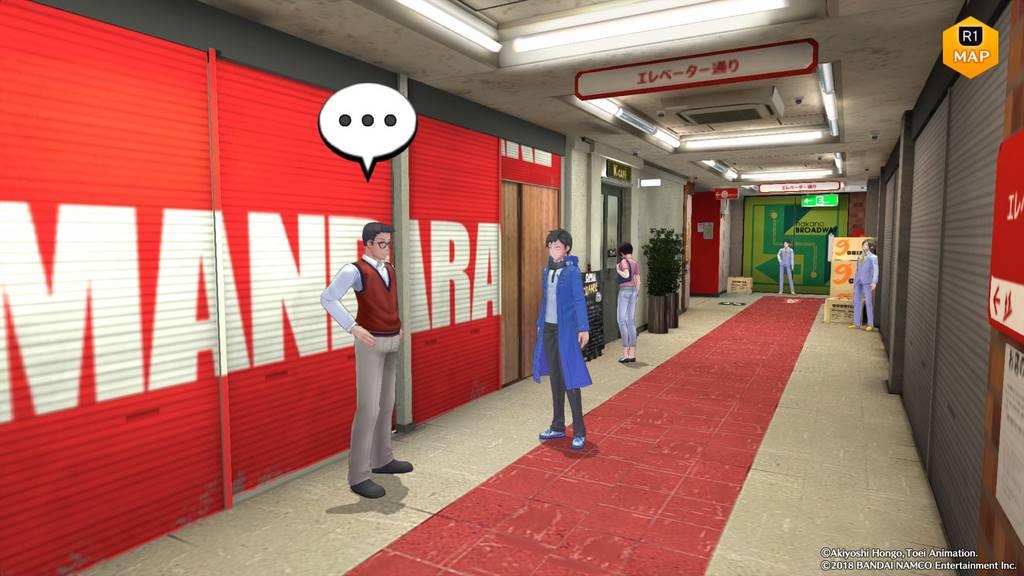 Allow me to tell you about Digimon, and how all my assumptions about the franchise were wrong.

My only experience with the Digimon franchise came around 10 years ago, when I bought my then-seven-year-old son a pair of Digimon sneakers. I seem to remember that there was a Digimon afternoon cartoon playing every day after school that had caught his attention. When given his choice, light-up Digimon sneakers with day-glo laces was the pair of shoes that he picked. His mother would not let him wear them to school (too corny, I think), so they were relegated to backyard play shoes, and eventually they disappeared.

I recently played Digimon Story: Cyber Sleuth – Hacker’s Memory. At the age of 45, I was taking my first tentative steps into Digimon lore. I was dipping my toe into a 21-year-old franchise that has spawned endless anime series, card games, films, manga, toys, and at least 20 previous video games. I was armed with a vague recollection of an orange dinosaur etched onto a pair of kids’ sneakers.

Setting aside my wry observations about the word stew that makes up the game’s name, I booted up DS:CS–HM with the following preconceived notions:

It turns out that every single one of my assumptions about Digimon were dead wrong in the first few hours of Digimon Story: Cyber Sleuth – Hackers Memory (I’m going to abbreviate that going forward). Digimon, which has nothing to do with Pokémon, is not boring, and it is certainly not simple. The innuendo and mild swear words showed me that this is not a kids’ game, but the cute monsters and bouncy music make the game kid-friendly. There is a big difference between something that is made for kids, and something that you can let your kid watch without cringing. Digimon do not have irritating voices; indeed, most of them tend to grumble in deep-throated Japanese. I have no idea what they are saying. And when I admitted to my two co-worker gamer friends that I was playing the new Digimon title, one of them mumbled, “I like Digimon,” and the other exuberantly exclaimed, “Sweet! Which one? Is that the new Cyber Story?” Turns out that dudes in their twenties really dig Digimon. 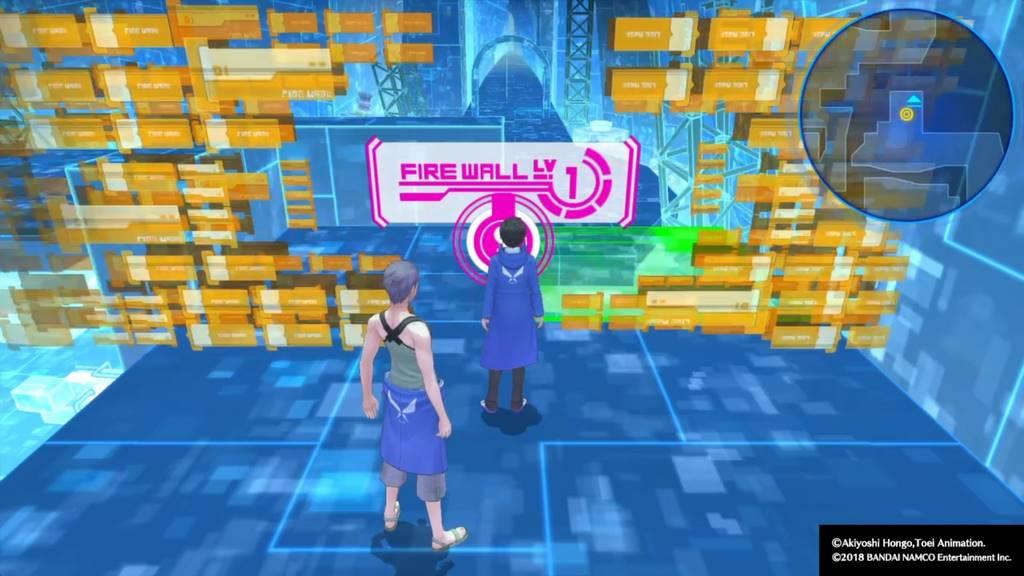 I’ll just give you a quick outline of the story, which apparently overlaps and shares some characters with the original Cyber Sleuth. In the near future, all citizens are tied inextricably to their “Eden accounts” which allow them access to “Eden,” a futuristic VR version of the internet. These accounts are similar to what we would consider our “identities,” containing people’s financial details, online presence, and government documentation. There is a strong underground criminal circuit of hackers that deal with the theft and resale of these “accounts,” some acting in a criminal manner and others working for the protection of innocent folk.

Players take on the role of Keisuke Amazawa. (My daughter Pearl forced me to rename Keisuke as “Pearl,” so we’re just gonna go with that). Pearl is a student who recently had his account hacked. This results in all sorts of real-world problems, prompting Pearl to go on a mission to recover his lost identity and figure out who stole it. Along the way, Pearl meets up with and eventually joins Hudie, a group of young, like-minded hackers. The Hudie members serve as assistants and guides into the world of Eden, doling out quests and sometimes accompanying the player on missions.

That’s about as far as I want to go with the story, which takes some twists and turns while Pearl explores deeper and deeper into Eden, unfolding layers of history, allegiance, and betrayal. Story beats are played out with animated characters standing, facing the camera and gesticulating while they speak, overlaying a still photo of those same characters in whatever environment they are currently in. The effect is unusual, seeing two of each character on the screen. Pearl never speaks, instead relying on a few simple facial expressions that my wife refers to as “vacant” and “brain damaged”. DS:CS–HM has become quite the family affair. 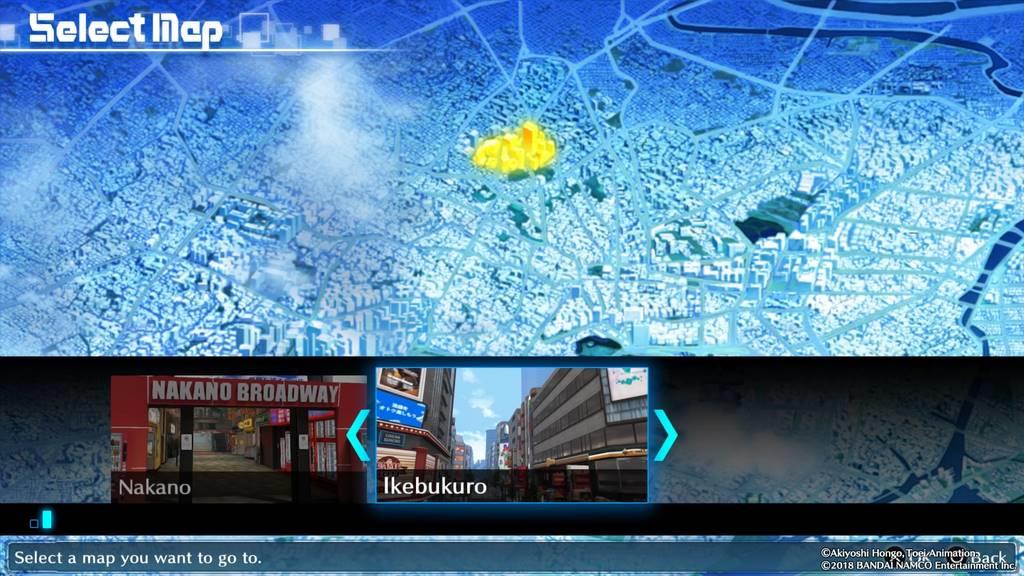 In the end, the story falls somewhere between “Okay, sure” and “Oh my God, will they ever shut up so I can get back to the good stuff?” The good stuff, of course, is the acquisition, training, and evolution of Digimon (digital monsters).

Pearl never engages in battles himself, instead employing his array of Digimon. These Digimon are creature of pure code, though they seem to have gained sentience. They lurk in Eden—though it is hinted that they originate from their own realm—where hackers befriend/enslave them for companionship and battle purposes. While traveling in the virtual hallways of Eden, Digimon randomly attack. They are also used by opponents in random fights. People just kind of hang out in Eden, spoiling for combat. Pearl battles them with his own Digimon, each of which has its own characteristics and special attacks. Winning a battle gets experience points for Pearl’s Digimon, which then level up. Level up high enough, and Digimon evolution becomes an option, allowing your beloved creatures to take on more powerful forms, retaining some of their original abilities but starting over at level one. No worries, they level up very quickly.

New Digimon are obtained by battling. As you battle opponents, Pearl scans them. Scan a Digimon enough times, and Pearl can create a copy of that Digimon for himself. Before you know it, you have Digimon coming out of your ears. Managing all of them and their individual growth is, to me, the meat of the game. You can take several Digimon out to the field with you, and picking who you take and who you leave behind lends a great deal of strategy. You also have a farm, where you can leave Digimon to passively level up in your absence, which is kind of nice. It’s wise to keep a few of each type of Digimon, because each of them has an entire tree of evolution options, and discovering all of the eventual forms and powers is part of the fun. 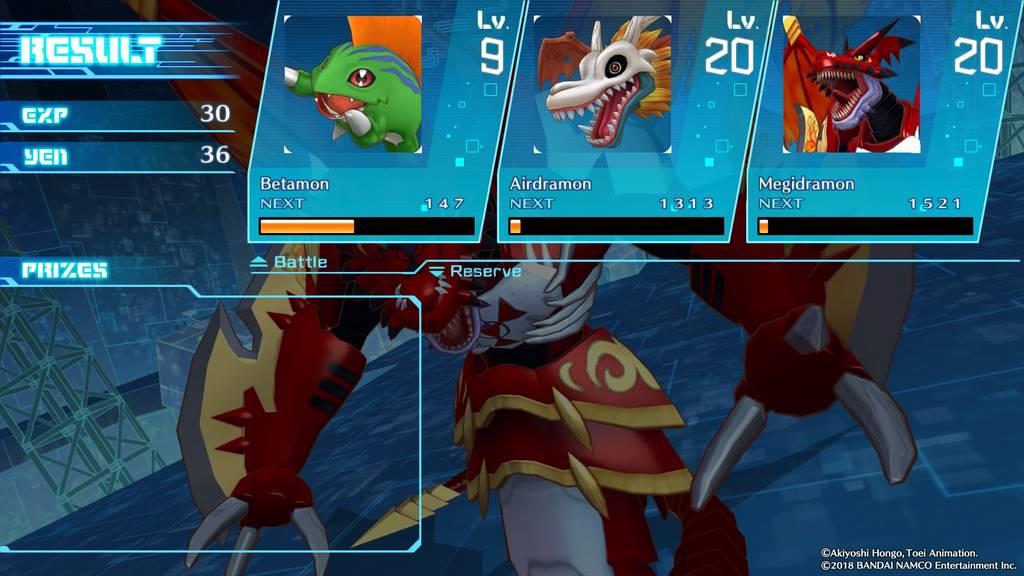 All of this management, evolution, de-evolution and farming is handled in a corner of Eden called the Digi-Lab. There is also a friendly lady in the Digi-Lab who will point you in the right direction if you space out during an endless dialogue scene and lose track of what you are supposed to be doing. If you play DS:CS–HM, expect to spend a great deal of time in the Digi-Lab fiddling around with your Digimon, poking at various powers and party formations. It is advisable not to have a five-year-old in the room with you while you do this, as your party formation will likely end up being built around “cuteness,” which is not really a stat.

The graphics on DS:CS–HM are fine for what they are. The Eden environments are largely boring and feel very much the same throughout the game (blue cyberspace, yellow cyberspace, more blue cyberspace), but the character designs are a treat. Battle animations are limited, but with 300+ characters, that’s not terribly surprising. 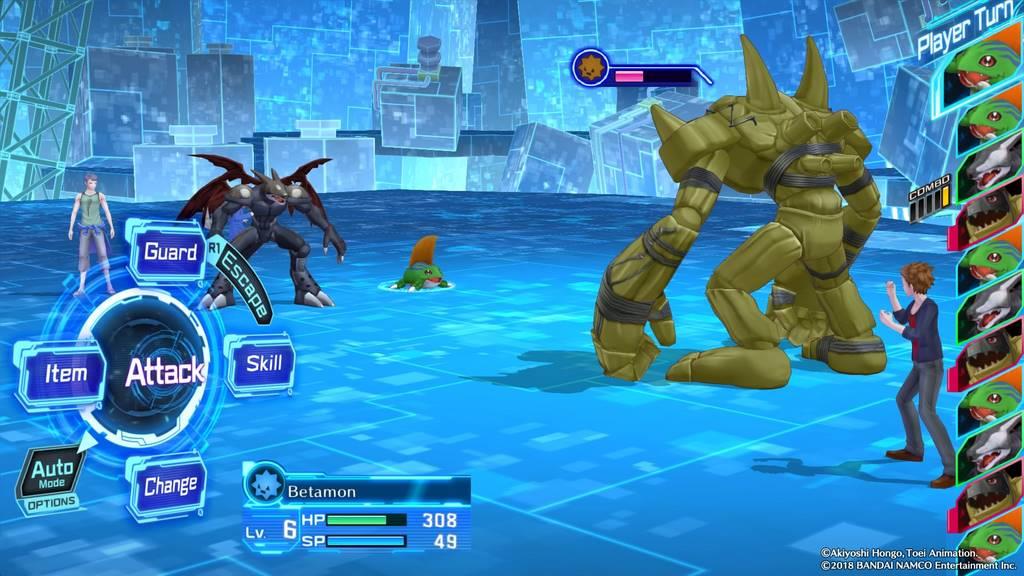 So how was digging into a Digimon game as a complete novice? A little bit bewildering, but in an agreeable sort of way. The entire game is coated in a nice sheen of anime weirdness, which could be good or bad, depending on your tolerance for that sort of thing. I stumbled around for a bit with the lore before deciding that the lore didn’t matter, which allowed me to settle in on the story. Since I have no preconceived notions about which Digimon are the “good ones,” I felt free to pick and choose among them and use any that tickled my fancy. While I wouldn’t exactly call DS:CS–HM welcoming to franchise newcomers, Digimon shares enough JRPG DNA with some of my all-time favorites that I was able to feel my way through the endless menus and interfaces with minimal difficulty.

Digimon Story: Cyber Sleuth – Hacker’s Memory served as a fine introduction to the Digimon franchise, but having missed out on the various incarnations as a kid, I don’t know if I would immediately sign up for trip back to Eden. This is a well-made franchise game, and it scratches a lot of RPG itches. The game does have some hooks, and I was surprised to find myself plotting out my next Digimon evolution over lunch one day. While not my personal favorite, I imagine that fans of Digimon will have a good time with DS:CS–HM.

Also, my daughter Pearl absolutely loves it. That’s got to count for something.

Digimon Story Cyber Sleuth: Hacker’s Memory is a surprisingly deep and complicated game. Coming to the title as a franchise newcomer, I did have some problems assimilating into such an established universe. But underneath all of the anime trappings, I found a solid and enjoyable (if somewhat standard) RPG. I would recommend this game to Digimon fans, and to RPG fans looking for something a little weird.