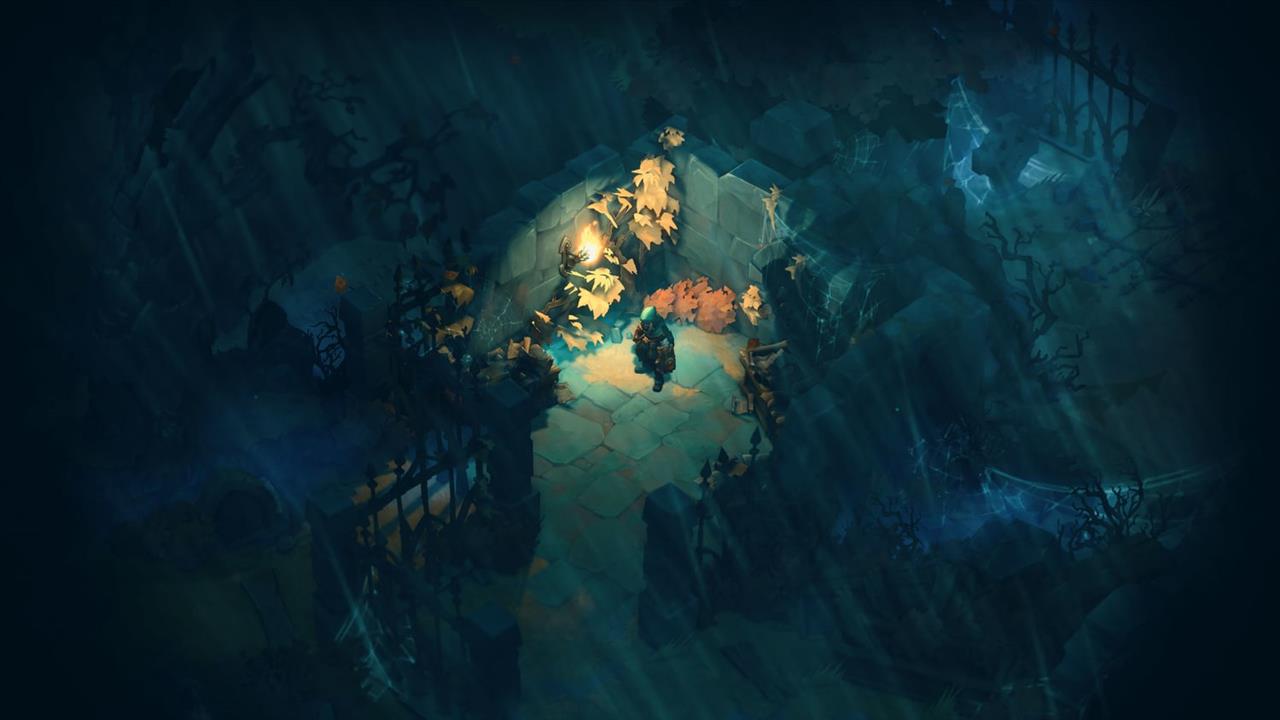 On paper, Battle Chasers: Nightwar looked like a game as far up my alley as you could possibly get, but these types of games have duped me before. Lost Odyssey, Eternal Sonata, and Infinite Discovery were all games that promised the same great gameplay as Dragon Warrior and Blue Dragon, but failed miserably. Not true with Battle Chasers.

You are a band of heroes that crash land after a brilliant firefight. After landing, the three remaining heroes decide to find the rest of the team and from there—adventure ensues. The story is rather simplistic, but the conversations between teammates and vendors is at times funny, and other times serious. The characters are a big amount of the charm to the story and it works nicely.

The characters all have different classes of the typical RPG genre: mage, fighter, rogue, assassin, etc., and all have truckloads of customization. Want a healing master? Done. Someone who poisons everything? Easy. There are skills that unlock per level, and also specializations that unlock using points that you accumulate during gameplay. The best part of the specializations is that there are many items that show up on the characters so they will look stronger as you go. To me that was a downside of Blue Dragon; by the end, the heroes looked just exactly the same as in the beginning.

There is a huge crafting system as well. You have the ability to make armor, potions, weapons, accessories, and then add craft bonus damages and armors to them. Potions are a must, but not as much so as in Diablo-type games. There are two venerable healers, and with them, you almost don’t need healing potions at all. There is a pretty nifty special wares store that uses shadow coins that are given for artifacts in the game. These weapons, armors, and character outfits are all top notch and are a definite help. 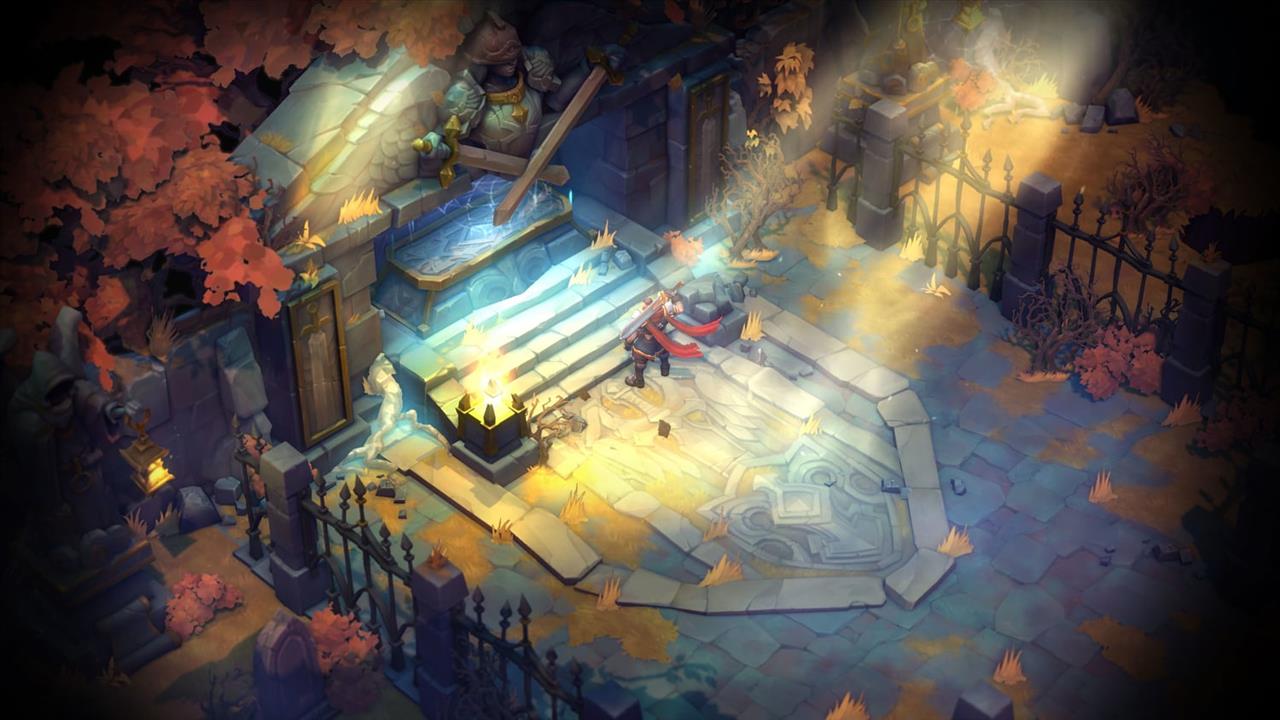 Enemies are a nice touch as well. There isn’t quite the variety as some RPGs I’ve played, but they are graphically very pleasing to look at and some have special attacks that are quite impressive. Slimes, bats, lycans, spiders, skeletons—they all look dang detailed compared to the ole’ Baldur’s Gate games of yore. Bosses are challenging and each seem to have little nuances that you have to get by in order to best them. It isn’t as simple as click-hit, click-hit, and you’re done. You must strategize how to setup the team, which buffs to use, when to heal, when to stop attacking and, yes, when to flee.

The wandering section of the map is a tad bit on the “strict” side of things, only allowing you to walk along the path to each area and some short off-paths along the way. There is no wandering of sorts. The game keeps it all linear which helps move things along. Battle Chasers also uses a character level system to make weaker wandering monsters able to be passed so as not to bore the player with trifling battles. Some of the battles (say you are at 14th level and the game allows you to fight 10th level) are a little bothersome, but you can use the “flee” option for those fights some 80 percent of the time. 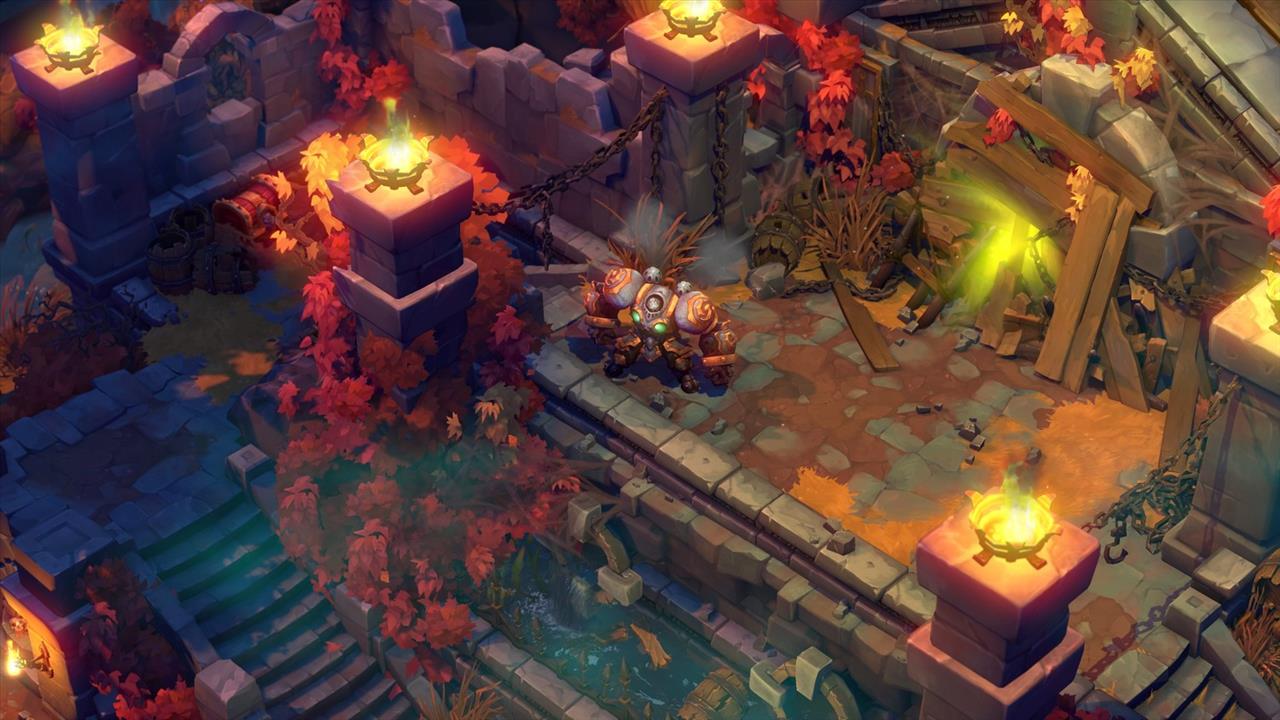 There is some side stuff to try out as well. You can head over to the Arena and battle waves of monsters for rewards and loads of experience. The team can also go on monster hunts to get some serious loot. There are fishing holes where the fish get you some of the special coins; not a favorite activity of mine, but okay, nonetheless. Lastly, there are difficulty levels to all of the dungeons, so you can try them many times on harder levels to get better loot chests. Don't be afraid of "loot chests" either as they are just treasure chests with no purchasing necessary unless you go after the shadow ones. They are reasonable.

I really had to think for a while to come up with some problems that the game has, and even then, they are rather nitpicky. For starters, the save system doesn’t allow for more than one save for each game you play. There are four slots for new games, but only one save per. This means if you go a certain direction with characters, weapons, etc., there is no loading previous saves to try a new direction. Considering the game is some 30+ hours long, it is a real drawback to make a poor decision and not have a fallback. I have also had some four or five “glitches” where the game resets to the Xbox home screen. This even happened going into a dungeon boss battle and I was forced to do the whole thing over again. There is also no apparent way to save before a big battle. If you fail, you are back to town, minus some cash, and the time to get back to the fight. That can make the game more challenging, but it can be more frustrating as well. 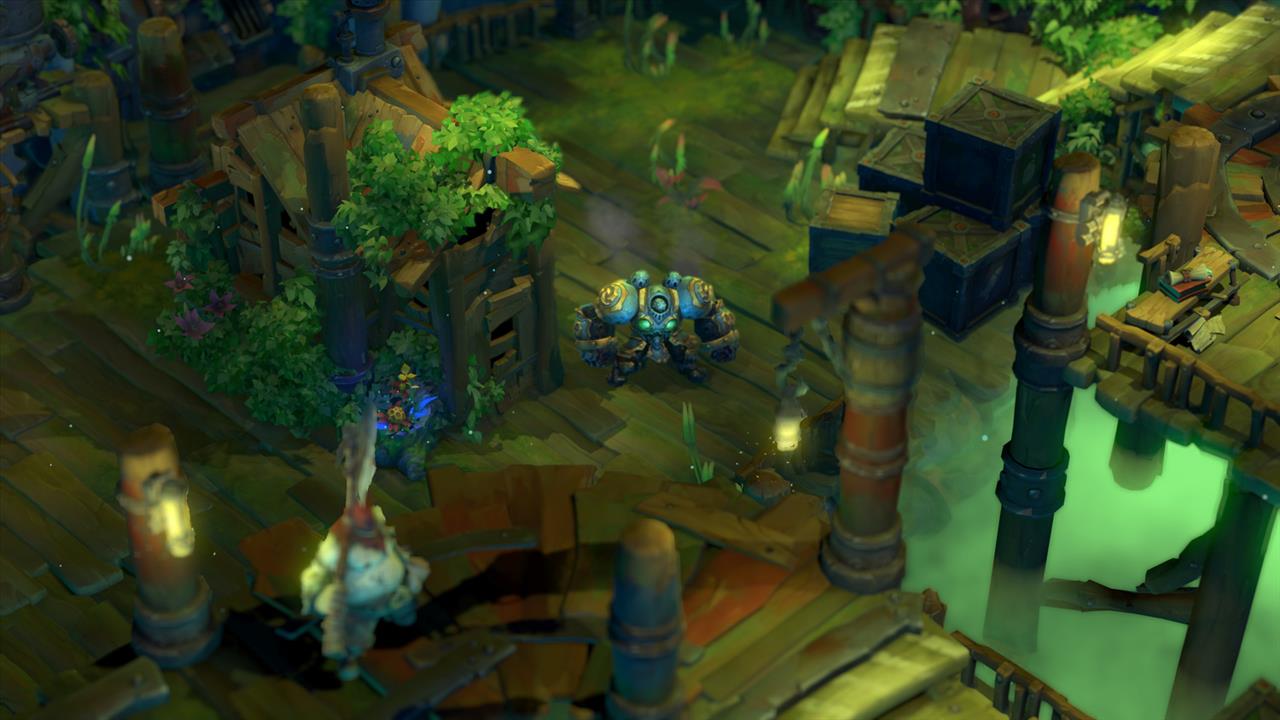 Another downside to Battle Chasers is the screen setup. Firstly, the inventory screen is tiny. I realize I am over 40 years old, but the font for the items is detestably small. The skills and specializations are also a pain to setup. The menus consist of RB, LT, and various buttons all over the place and it makes for a tiresome time to get characters decked out quickly. The wandering screen is lousy too. It doesn’t show the condition of the characters which makes it necessary to go in-and-out of the inventory screen to check health. It also doesn’t make any sense that the team’s dungeon skills (stun, healing, invisible, etc.) do not work in the wandering screen. It would seem obvious that the team could heal or sneak past wandering stuff as easy as in a dungeon. Couldn’t figure that one out.

All the secondary goofs aside, the game plays really well. The music is decent and not at all bothersome. The battles are a bit repetitive, but with six different entertaining teammates and some hundred or so attacks to try out, you shouldn’t ever be bored. I had a lot of fun and it definitely restored my faith in turn-based RPGs.

Battle Chasers: Nightwar is easily the best turn-based RPG I have played in a long time. There are a bunch of different characters to customize; hundreds of monsters to battle; gobs of loot to find, and a reasonably good storyline that keeps the game moving along smoothly. Add to that a fair starting price (that is now a heck of a deal), and you have a 40-hour beast-bashing game to chase after.