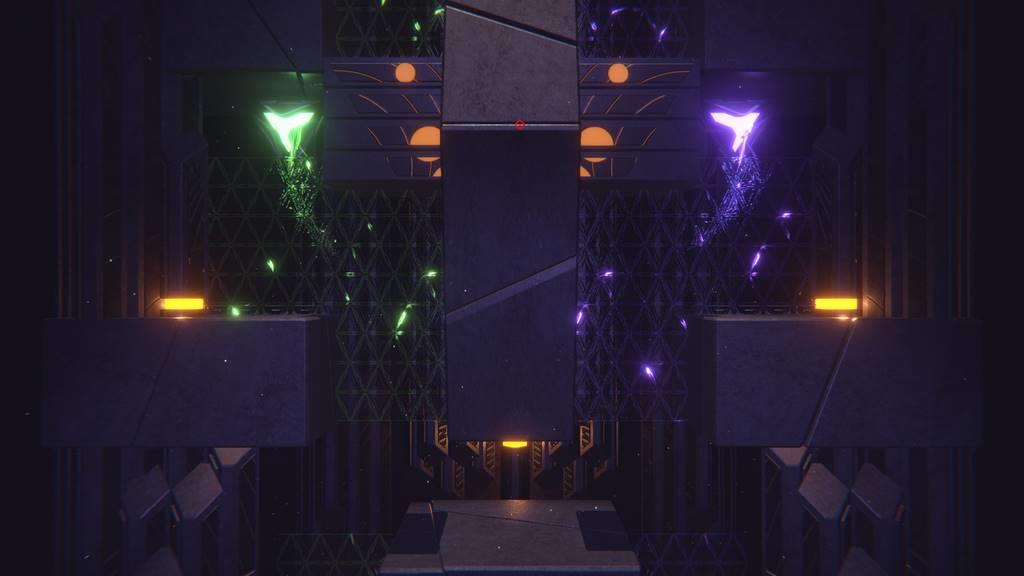 Nintendo Switch just keeps piling up the indie hits. Not just walking simulators, mind you, but both critical and commercial successes like The End Is Nigh, Enter the Gungeon and Stardew Valley. Now last year’s Embers of Mirrim by Creative Bytes Studios joins the list, and it’s one of the more challenging and attractive indie games to grace Nintendo’s latest hardware.

The game’s story is relatively straightforward but is told in a completely non-verbal fashion, which adds to the game’s minimalist appeal. An ancient land is being consumed by a nameless evil, a force that threatens the creatures that live there. These animals consist of two competing breeds of a sort of cat-dragon-hybrid; some gleaming white with feathers, and others a shadowy blue with talons and more brute strength. Both communities of creatures apparently don’t get along with each other, but when one of each is exploring an ancient ruin, a magical crystal combines them into a singular being.

Called Mirrim, this combination has the strengths and attributes of both creatures but can also split into two for a limited amount of time. What this means for gameplay is a decidedly unique kind of platformer that takes a lot of twitch reflex and left-right brain coordination. You can split Mirrim into its two halves any time by pressing the shoulder triggers, but you control each half independently with each analog stick. Mirrim can only normally maintain separation for a few seconds, and one half can only travel so far from the other before they snap back together, so many of the platforming challenges require quick thinking and smart use of controls.

For example, you’ll encounter a column that is split in two by a pillar of rock. Each side has a forcefield of a different color; light Mirrim can pass through green, whereas blue Mirrim can pass through purple. You have to split Mirrim and control each half as it passes through its respective color to the other side of the column. This is merely the simplest of challenges you’ll run into in this game. 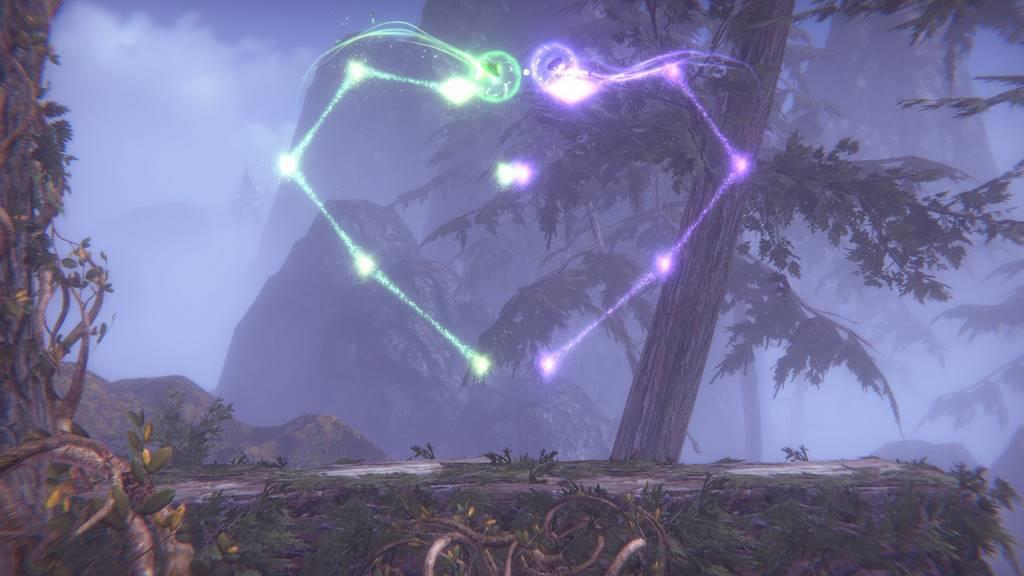 After the first level or so you’ll have to navigate two different mazes simultaneously so that both halves of Mirrim reach the exit at roughly the same time. Certain creatures in the environment, like giant mushrooms, behave differently depending on which Mirrim lands on them; blue Mirrim turns them into a bounce pad, while light Mirrim makes them extent a platform. You’ll have to hit sequences of these mushrooms with different halves to traverse a bottomless pit.

And that’s the relatively simple stuff. A few levels in, I ran across a massive waterfall with huge hollow logs tumbling over the precipice. Each log had its own unique platforming puzzle inside, so that I had to split Mirrim and navigate each set of obstacles almost like a vertical scrolling shooter. Embers of Mirrim is a game that will challenge platforming veterans because the fundamental gameplay idea is so solid and Creative Bytes is so clever in implementing their core concept. 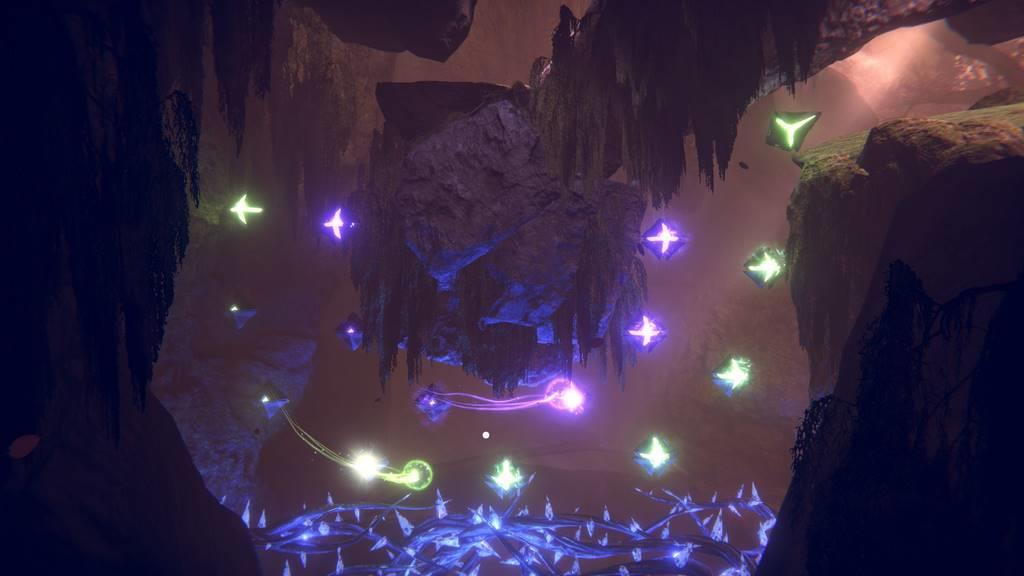 It also helps that the game is gorgeous. Embers of Mirrim is a fully polygonal, 2.5D platformer and the sense of depth and scale really helps to sell the majesty of the natural world the game takes place in. Snowy mountains give way to lush pine forests, rolling whitewater rivers and musty caverns. The texture resolution and poly counts aren’t exactly cutting edge—they look like something from a late-gen PS3 game—but the atmosphere of the setting and the personality of the little cat-dragons make up for any technical shortcomings. I showed this game to my fiancée and to my chagrin she really wants a Mirrim now.

Embers of Mirrim is one of those games you just have to play to get the full effect. It’s creative and clever puzzle-platforming set against a beautiful natural backdrop. I could describe each level and puzzle in detail but it wouldn’t do the game justice. For $20, it’s another great addition to any Switch owner’s growing library of indie titles, and a welcome and challenging distraction for platforming fans fresh off of Mario Odyssey.

Embers of Mirrim has a fantastic core concept: controlling two characters simultaneously in a 2.5D platformer. Developer Creative Bytes have leveraged this concept against a deep variety of puzzles and challenges, and wrapped the whole thing in a majestic, understated graphical style.