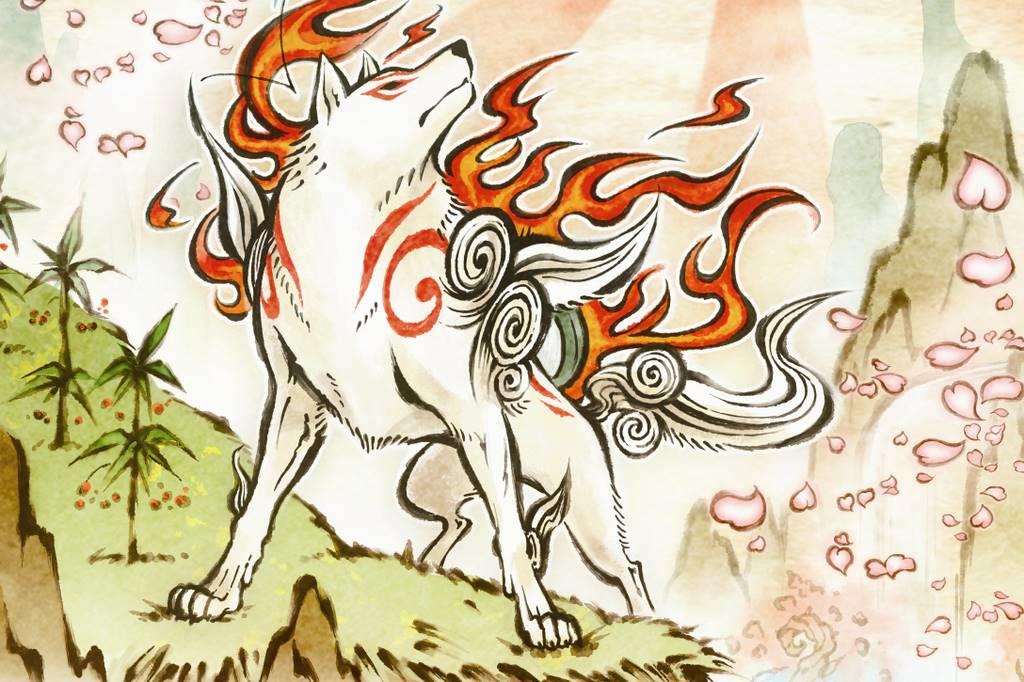 This game feels kind of familiar. Oh, I reviewed Okami HD almost five years ago for the PS3, which was the first remaster that brought the game into the HD era proper. Okami HD (shouldn’t they have appended a + or something to the name?) marks the first time that PC and XBox owners will get to have the chance to experience what Wii and Playstation owners have known for years, that Okami is one of the generational masterpieces from the PS2 era and continues to be an amazing Legend of Zelda-esque adventure that is full of charm, beauty, and one of the most lovable characters in gaming, the white wolf, Amaterasu.

Let’s just get it out of the way first, Okami is still a visually amazing game that nothing in the past decade has come close to replicating. This game’s visuals are absolutely timeless and seeing them in 4K and running at near 60 FPS (there are some hitches here and there) is a treat my younger brain couldn’t have comprehended back in 2006. Everything in this game from start to finish is a joy to behold, and if you’re looking for something to show off on a 4K TV, you couldn’t pick a better title.

Ancient Japan is full of great mythology, and one of the oldest tales is of the Sun Goddess, Amaterasu, though in Clover’s take, she is reincarnated as a white wolf, and has come to save Nippon from the great eight-headed serpent, Orochi. Orochi has cast a pall over Nippon, and it’s up to Amaterasu to cleanse the land with the power of her Celestial Brush, which gives her myriad abilities, that range from simply cutting things, to conjuring bombs, and repairing damaged architecture, just to name a few abilities. If there’s one aspect where Okami suffers, it gets to be overly long near the end of the game, and features a few too many boss fights to wrap up the story. This adventure clocks in at a little over forty hours, and almost a quarter of that is solely the final act of the game. But there is so much to do in this game, from simple actions like feeding random animals, to revisiting old areas with new skills, there is plenty to do all across Nippon.

In addition to being able to perform seemingly miraculous acts, Amaterasu is also a capable fighter in wolf form, and there’s plenty of mystical enemies to deal with, each presented with the style and flair one would expect of a Clover/Platinum Games title. This game also made me remember that I really miss Viewtiful Joe (c’mon Platinum, get on another one), with its great sense of humor and charm that you don’t get from many games these days. It’s kind of interesting that while 2017 has been packed full of amazing games, a game from 2006 still holds more charm than a good number of titles released this year. I think it’s also a testament to the work that Clover/Platinum team members put in to this game. Getting back to combat, it’s a fairly straightforward combo system, with some added flair that comes from projectile attacks that Amaterasu can inject into the fight, along with the capabilities of her Celestial Brush that let her cut down enemies when necessary. 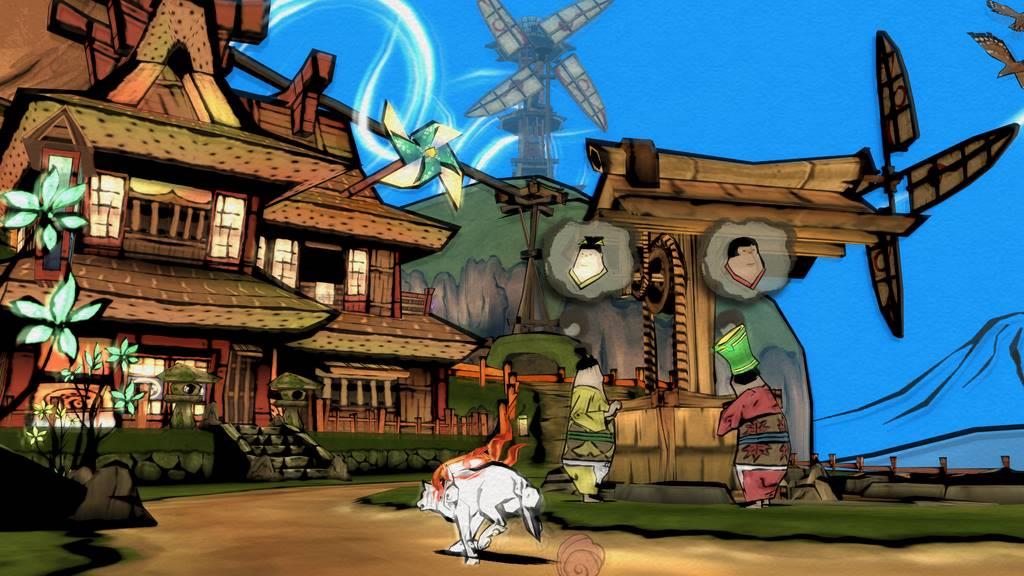 So while Okami HD is a great port, there are a few questionable things that should have been addressed by now. First off, the camera can be a tad difficult to deal with, and it somehow always finds a way to be in the least optimal place. I also wish the overhead view that can be toggled would have been the default option, since it’s the best view for exploring the massive overworld. Also curiously, the camera controls are not changed correctly when changing them in the options, I could never quite get the combo I wanted to work, which is a minor frustration, but how does something like that get past a QA team? Like I mentioned previously, this game gets to be a bit long in the tooth by the time you think you’re finished with the game, you’re actually closer to a little over half way done, and then there are side quests stacked on top of that.

If you haven’t played Okami yet, then what are you doing? If you’ve only been a PC or XBox gamer, then you certainly have an excuse, but now you no longer have that one in your pocket, so go out there and get yourself a copy of Okami HD immediately. This game is still fascinating in that there is nothing else like it on the market in terms of visual splendor. It just also happens to be a really fun adventure as well.

Okami HD is just as good now as it was when it launched in 2006, but now in beautiful 4K. There's no excuse not to own this game in some fashion now.