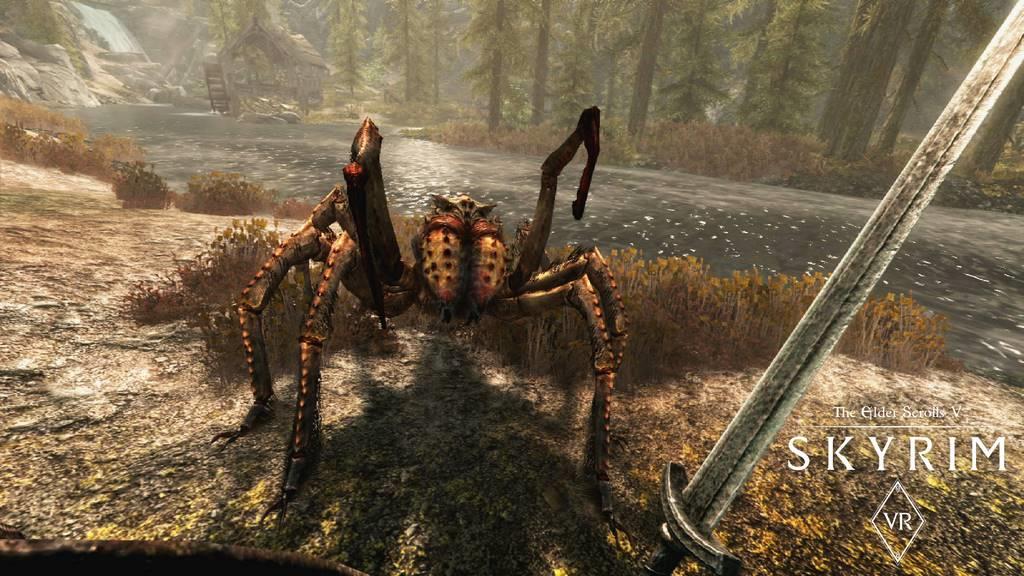 It’s been six long years of Skyrim, and Bethesda has just about wrung the last bit of blood out of this stone. In what seems like the inevitable conclusion for The Elder Scrolls V, Bethesda has given it one last port job, and brought it to the PSVR. What should have been a landmark experience in Sony’s Virtual Reality headset, is instead the weakest iteration of the bunch, and the fault lies equally with Bethesda and Sony. Bethesda has long stated that it has moved on from fixing Skyrim’s myriad bugs, and Sony has what equates to a low-spec headset with the worst controllers possible for VR with the Playstation Move wands. So, it’s not really surprising that this game is a bit of a mess. But did it really have to be?

The biggest selling point, and biggest blunder, has to go to Skyrim VR’s controls. There’s two options for movement: locomotion and teleportation. Locomotion is tough if you don’t have your VR legs about you, and even I struggled with it initially, which kept my play time to about an hour a session. The point-and-move teleportation movement really alters the pace of the game and ultimately doesn’t really work in such a big world. If you want to play with a Dual Shock controller, then you’re going to have a decent time, though there’s no smooth turning using the right analog stick, instead it’s quick flicks to the left or right by about 20 degrees. Fine movements are controlled via the PSVR headset which makes for precision aiming when using a bow and arrow.

Where things fall apart, though, is with the Move controllers, which make playing this game unnecessarily difficult and clumsy, especially when it comes to combat. I found that I could never get a proper hold of hand-to-hand combat. I was always either too far or too close to an enemy to hit them with attacks that felt natural. Trying to use a bow and arrow seemed cool at first, but thanks to how badly the Move controllers are tracked, I could never get the bow and arrow to sync up properly to fire. There is one mode of combat where things worked out fine, and that was with spells, which I normally don’t play. But thanks for the crummy VR controls, I got to appreciate being a mage in the world of Skyrim, and it can be marginally fun in this setting. Movement with the Move controllers is also awkward thanks to the lack of analog controls. Movement is mapped to the central button, which meant I could only go…straight. Turning the Move controller left or right would move me in those directions, but I’m still facing whatever direction the PSVR headset is. This completely threw my brain and stomach for a loop. If I wanted to turn, I’d have to hit the X or Circle buttons.

So, getting past the controls, the visuals of Skyrim VR are completely lacking. This game looks like it’s running on the PS3 at best, with very noticeable draw-in and level of detail pop-in happening everywhere. If you stop for a moment just to look at stuff, then things look okay. Even on a PS4 Pro, there is nothing impressive about this experience, and a lot of that comes down to the lack of horsepower on the PSVR unit itself. I think a lot of visual sacrifices had to be made to hit the target FPS that Sony requires of VR games, so if you were expecting visuals on par with the Special Edition released last year, prepare to be disappointed. 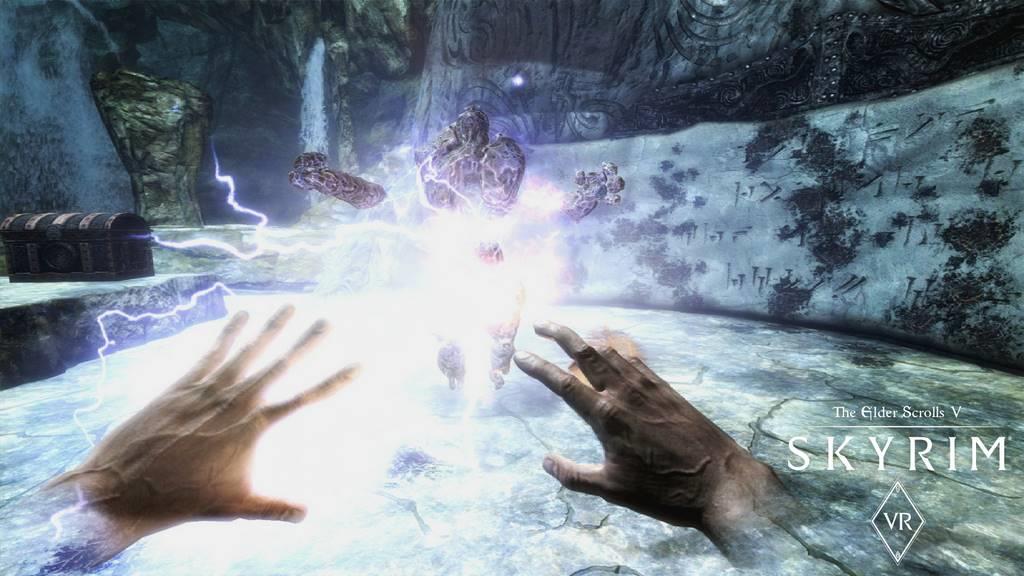 I’ve been quietly anticipating Skyrim VR and, to a lesser degree, the Nintendo Switch release, just because the prospect of new ways to enjoy Skyrim is always a good reason to get back into a game I’ve already invested hundreds of hours in. Unfortunately, this VR release is marred by weak controls, and less than impressive visuals, and all of the same bugs that have been seen before (and some of which have been addressed by modders). To be fair, it is something of a technical feat to be able to step into the world of Skyrim, but it might have just been a generation too early, with hardware that is more capable of showing how good this part of Tamriel can look. This game also showcases just how terrible the Playstation Move controllers are, and if Sony’s going to back VR, then they’re going to need to reconsider the tools they’re giving to developers and players to enjoy this technology. I hate to say it, but this is probably a version of Skyrim that should be skipped.

Once you get your VR legs, then maybe you can grok the terrible controls, but then you have to see how awful this game looks. Yes it is technically impressive that Skyrim is in VR, but it's not the best way to experience it.