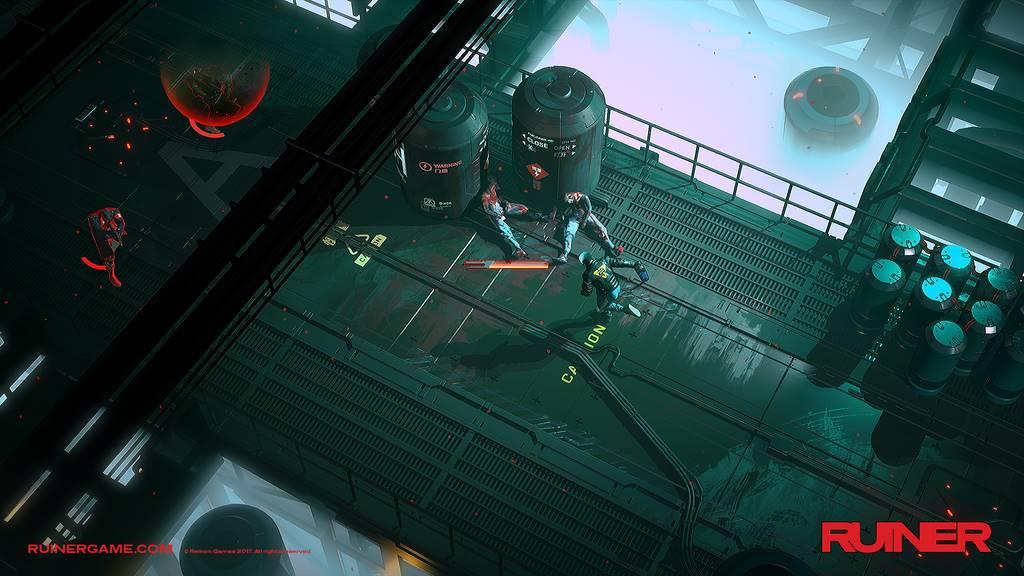 When I finished Ruiner, and the credits started rolling, I sat there scratching my head. I was confused. Very confused. I mean, I had a blast playing the game and then the ending kinda just... happened. So in terms of the game's story, I am left with many more questions than answers that I assume a sequel will answer one day, but at the very least I was hoping the ending would have given some kind of closure while leaving it open to another game. So what it comes down to is that Ruiner was a great game that ended way too soon and left way too many unanswered questions.

The game starts with your nameless character with a LED screen for a face walking through a building with one simple direction. "Kill Boss". Quickly after getting those instructions however you are taken over by a mysterious woman only called "her". She tells you that your brother has been kidnapped and you will need to work your way through "Heaven", defeat all of the gang leaders and get him back. The combat can be described as an isometric "twin stick" shooter. I put twin stick in quotes because I played with the mouse and keyboard but the movement of the gimmick certainly mimics that. You are equipped with a default pistol and a sword, but other weapons can be picked up during battle. You can however, only carry one additional weapon with you at a time and once the ammo is gone in that gun, you will need to drop it and rely on your default weapons or find a new one. Most of the action in the game consists of fighting off waves of enemies and then moving onto the next room, where you will fight more waves. At first you will go up against simply goons that are easy to dispatch of, but as you progress through each of the levels in the game, tougher enemies will be thrown into the waves as well. 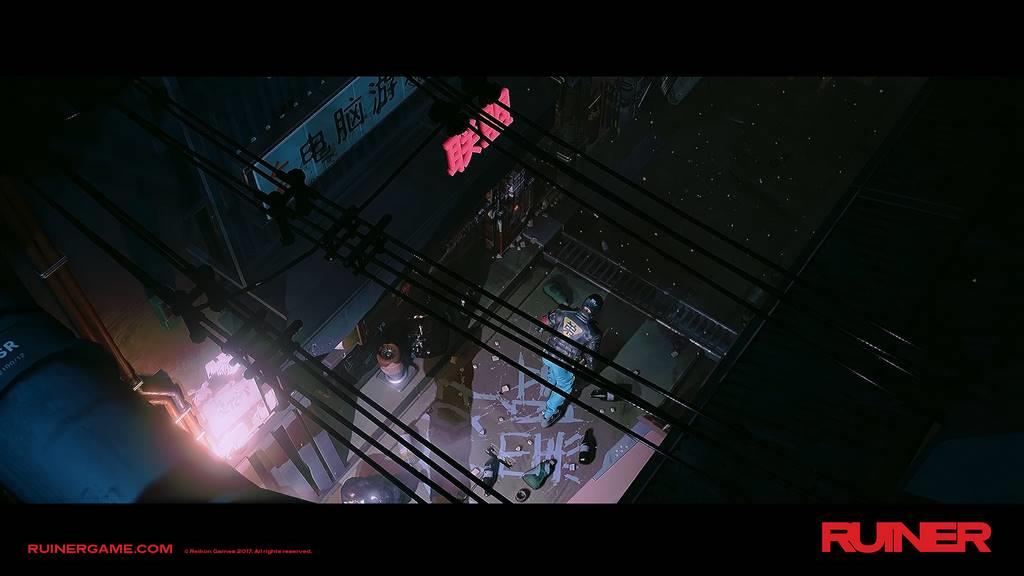 One great part about the game is that you can open the skill tree menu and remove and add points to new abilities whenever you want. Certain abilities do work better for different situations in the game. In one of the boss fights, I was getting decimated because he kept using this laser beam type weapon that I was having a hard time dodging. Well I put all my points into an ability which lets me slow down time, which helped me finally defeat him. Then once you get to the next room where you have to fight waves of enemies, you can then take all of the points out of the slow time ability and put them into an ability that gives you grenades or a kinetic barrier. The freedom to be able to adapt to multiple situations instead of being locked down one path is one of the things that prevents this game from being one of those controller smashing difficulty games, since there are multiple approaches to take for fights.

Prepare to die a lot. A lot of those deaths will be BS as well but thankfully though the game never feels like a chore to get through as this is one those games where growing and learning from your mistakes is part of the fun. There are always multiple approaches to fights like I mentioned before, especially with the skill tree and there I would always find my self exhaling and feeling a massive weight lifted off my shoulders after I finally got past a wave of enemies. Until the next wave came up where the process repeated itself, that is. Of course if you wanted to you could always just lower the difficulty, or raise it if you wish. 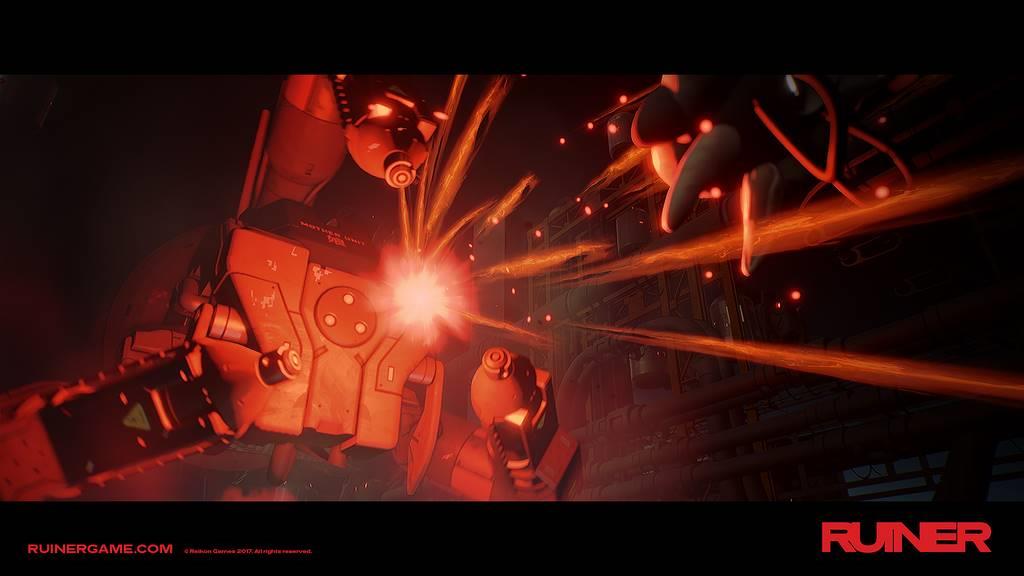 In between your time in heaven you will wander around the games overworld, complete with red neon lights and fantastic cyber punk music. This game looks and sounds wonderful but the sad part is that there really isn't that much to do in the overworld part of the game. You can wander around and talk to people and some of them offer side quests. The side quests however are usually things like killing a certain number of enemies while you are in Heaven.  The problem is that the story seems to be setting up some kind of huge twist. I was expecting that we were going into Bioshock "would you kindly" territory since "Her" keeps ordering you around by calling you her "puppy" as if she has been pulling your strings the entire time and were forced to do what she wanted. That doesn't happen. In fact, nothing much happens. Right as I think there is going to be some kind of revelation.. the credits start rolling. It's a shame because the story was pretty intriguing and I wished it ended on a better note rather it just being obvious set up for a sequel.

I finished the main story in 90 minutes. While the main story is short, there is reason to back and play it through again as there are side quests to complete and the game is fun enough that you may want to run through it again. Though the other game mode included with Ruiner, and why I assume the reason the game is so short is because there is a Speed Run mode which removes all side quests and has you complete the game in the fastest time possible.

Ruiner may be short but I certainly had fun in the time it took me to beat the game. It's worth coming back to a second time to play on a harder difficulty, or if you enjoy speedrunning. I just wish the story didn't completely fall apart at the end.

Ruiner is a fun and fast twin stick shooter that ends all too soon and leaves you asking way too many questions.