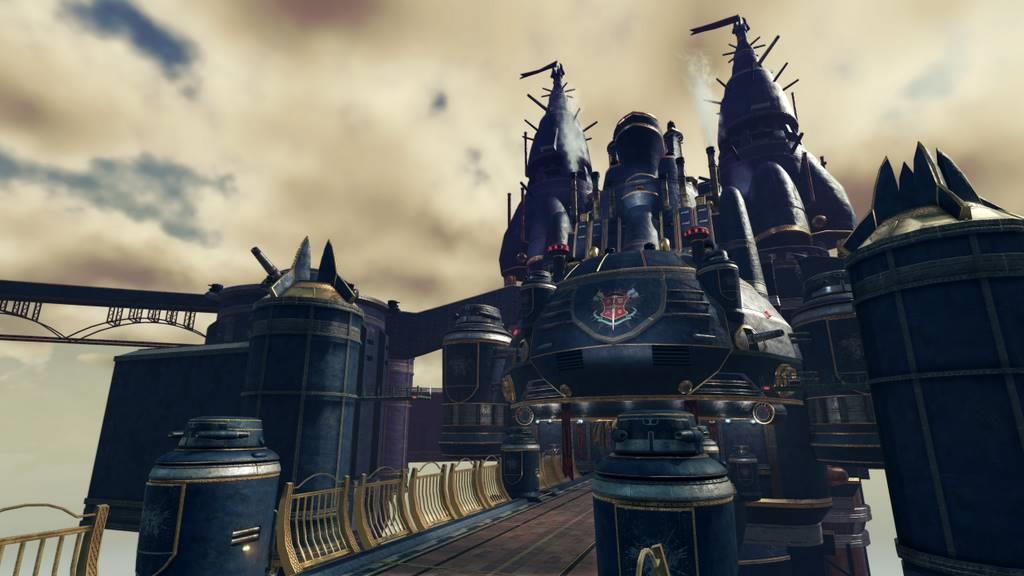 Xenoblade Chronicles 2 isn’t anything special from a plot standpoint. It’s filled to the brim with anime tropes, with a plucky young hero, Rex, who goes from a rags to riches story of being a young salvager who regularly sends money home to his family, to world saviour. A chance at a big job offers him more money than he’s ever seen, which also leads to his subsequent murder by the crew that hired him. Of course this isn’t the end of young Rex, who is given a second chance at life thanks to the power of The Aegis, a girl named Pyra who is also a ‘Blade,’ a living weapon that is able to channel her power through her ‘Driver,’ a role Rex takes on with much gusto. The world of Xenoblade Chronicles 2 is similar to that of the first game, where settlements of people live on the bodies of giant titans that roam the Cloud Sea, and land is becoming something of a premium after many titans died in a great war 500 years ago. An old tale tells of a land named Elysium that sits atop the World Tree that could support all life, were people able to get there. And so Rex’s adventure will take him and Pyra on a journey to reach Elysium, and hopefully save the remnants of mankind, with plenty of antagonists along the way.

Along the way you’ll encounter and employ various ‘Blades,’ which can be linked to specific characters who have the aptitude to summon them. By finding cores you can summon them to your party, though you never know what you’re going to get, as there’s an element of randomness involved, which I’m not terribly fond of and at the same time I loved the surprise. Thankfully there aren’t micro-transactions at play to get more Blades. The type of Blade, and the element of nature it represents are chosen at random once you commit to a character. There are healer Blades, who can generate health potions mid-battle, attack Blades which are the chief damage dealers, and tank Blades which serve as the main distractor on the battlefield, giving them the ability to corral enemies, and have a playstyle that is similar to those found in MMO games like World of Warcraft or Final Fantasy XIV. In fact, this game plays very loosely like an MMORPG, with auto-attacks that are dealt so long as you’re not moving. For every attack that lands, the weapon skill meters that are assigned to the X, Y, and B buttons will fill up, and have special attributes. Some skills will do more damage when done from an enemy’s flank, or a skill might start a chain that can stagger and launch enemies into the air. I liked how the game takes time to introduce players to these mechanics as they become available, but on the flipside, it takes quite a while before you gain access to everything. Even one of the main menu options doesn’t appear until about 15-20 hours into the game, which is mercenary missions for currently unequipped Blades, allowing them to grow even while not members of the main party. You can choose between up to three Blades on a character at later portions of the game and swap between them with the push of a button. There are also ‘relationships’ that need to be monitored between Blade and Driver, which will affect their usefulness in battle and unlock skills that help while foraging for materials and goods. There is one interesting exception, Poppi. She’s an artificial Blade, created by a party member who doesn’t have the aptitude for summoning Blades, but has always wanted one. She has the ability to switch between roles, provided you take the time out to play a mini-game that will allow you to earn new roles and skills as the game progresses. This game, ‘Tiger Tiger’ is a nice retro throwback that provides a good side distraction for when the main game drags. Thankfully accessing this mini-game is a quick ‘Skip Travel’ away, which is a really helpful option given how massive this game is. 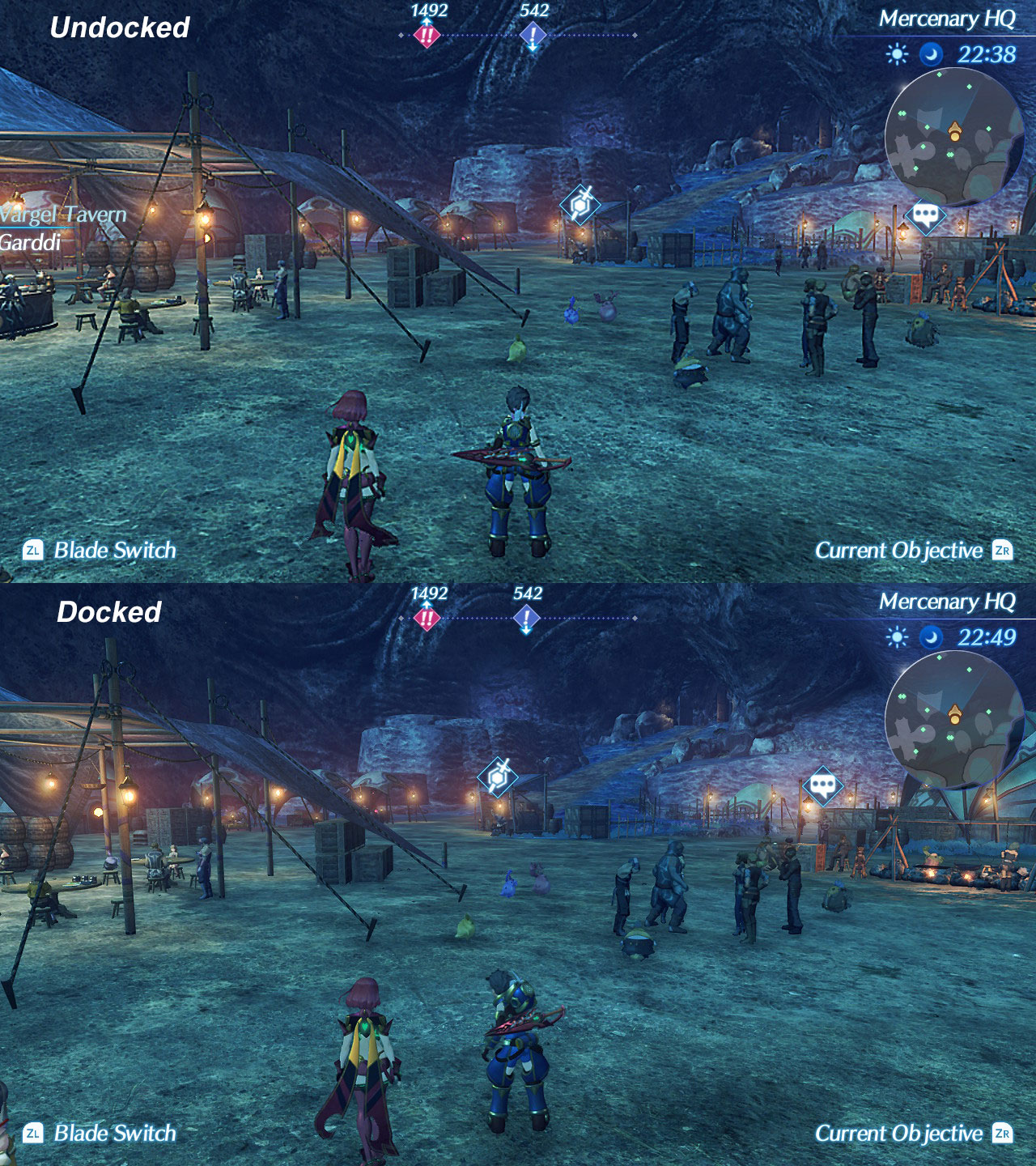 Exploring the world of Xenoblade Chronicles 2 isn’t much different from previous games, although it is more linear than Xenoblade Chronicles X, initially I didn’t catch on to this and tried to do too much with Rex at the outset of the game. If I can offer some advice, don’t bother trying to tackle the mobs outside of the first major town until the second party member joins, or even the third. I suffered a lot of early deaths, which are thankfully not an immediate end of the adventure, they just warp the party back to the most recent checkpoint. Deaths are unfortunately a constant in this game just due to some of the super high level monsters that are out roaming in early parts of the game, and sometimes they will muscle in on fights, quickly wiping the party.

Visually, Xenoblade Chronicles 2 is a beautiful game, whether it’s being played in docked mode or handheld mode. I spent a lot of time playing between both, and while there is a definite difference in quality, the compromise seems worth it to be able to take this game on the go. That being said, I almost recommend playing this game in hand-held mode just because the frame-rate is a little more stable there, even though the colors don’t pop as much. While it’s great looking in docked mode, there’s a lot of post-processing effects going on that cause the frame-rate to hitch in busier towns. The vistas of this game are definitely impressive and have plenty of screenshot potential.

Music is one part of this game where I’m a little conflicted. The original score was written by Yasunori Mitsuda, a musical luminary amongst video game composers, with titles like Chrono Trigger, Chrono Cross, Xenogears and Shadow Hearts: Covenant under his belt. The quality of the music is definitely up to his standards. But the sound direction is kind of hit and miss. Tracks are overpowering during cutscenes, and oddly specific, as if there were tracks created for specific moments, which seems to be the case. Like I said, none of it is bad, and Mitsuda made some wonderful choices, but I wonder if this is a situation where less would have been more. The localization for Xenoblade Chronicles 2 was handled by Nintendo of Europe, which means a lot of unfamiliar voice actors, that actually do a pretty great job, and for the purists out there, there will be Japanese language DLC in time for the game’s launch. 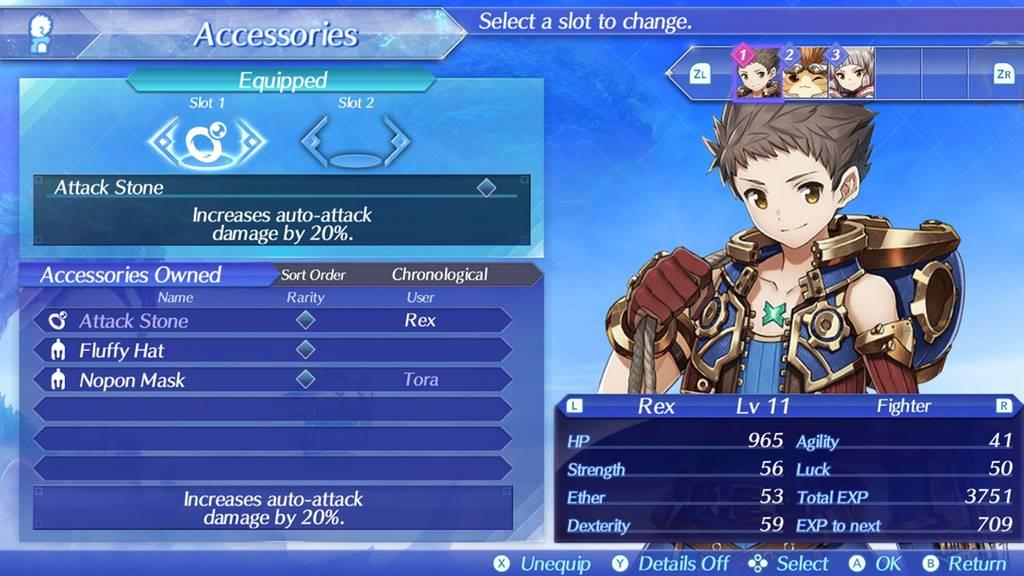 Xenoblade Chronicles 2 is a bit of a slow roll, and I didn’t really hit my stride until about 20 hours in, which is a long ramp up that’s similar to Final Fantasy XIII, but with a slightly more interesting and definitely less confusing story. At the time of writing I wouldn’t say I’m close to finishing the game, because I’ve been doing a lot of side-questing, and trying to get as many upgrades as possible for Poppi, because while she served as a great tank in the early going, I found plenty of replacement tanks that could easily replace her. Thankfully the game is really flexible in allowing different play styles, and I could easily switch to whichever class I liked at the push of a button.

The Switch has had an interesting first year, and is closing 2017 on an extremely strong note with Xenoblade Chronicles 2. It’s got some stiff competition for RPG of the year, but it is an absolute must for any Switch owner who’s been waiting for a JRPG to round out their library. I’m happy that I’m finally going to finish a Monolith Soft game which I haven’t honestly done since the first Xenosaga game, well over a decade ago. Again, pile of shame, but not this time!

Xenoblade Chronicles 2 is a great game to finish off the Switch's stellar first year, and offers a massive adventure that will scratch the itch felt by both MMO and JRPG fans.