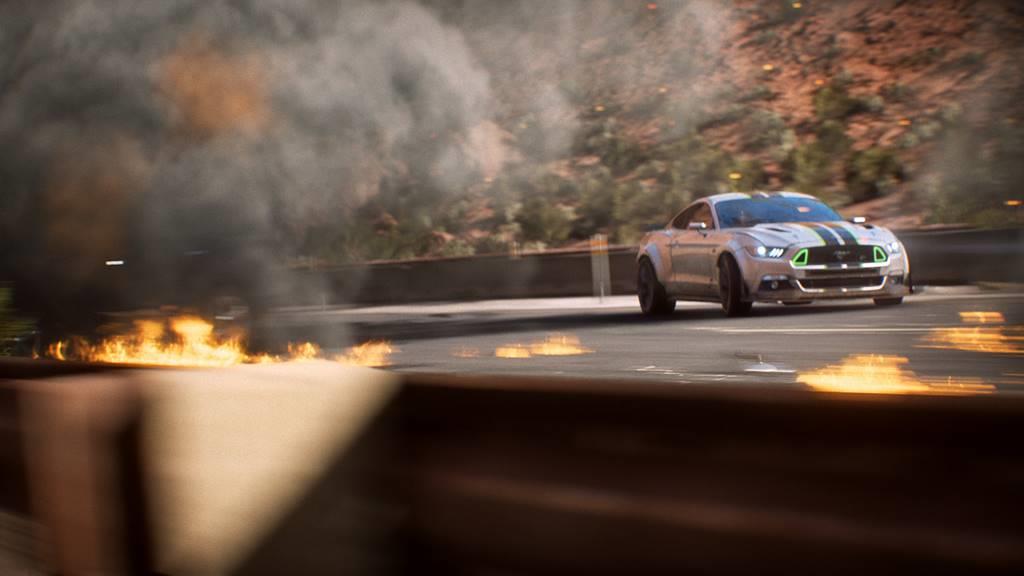 Make no bones about it, I am a car enthusiast plain and simple. Being one makes it very difficult for me to believe in half of the car situations I’ve seen on TV and in the movies. Everything from a car crashing in a slow-motion 180 over another parked car, to one jumping off a river bank on to a moving boat at 120 mph. Car fantasies make for annoying entertainment for me, so I suppose I am slightly biased.  So I was hoping Need For Speed : Payback would be more of a good driving game and less of Forza 2 mixed with Outrun. It turned out to be the later.

So, you want to drive through a field and crash into a rock at 100 mph with no consequences or cost? Check. You’d like to hit the nitrous so many times - that in real life - the car’s engine would be melted after one race? Done. In fact, there is almost nothing your car can’t do over any terrain and situation that the game will not forgive and forget. Heck, If you drive off a cliff-side, the game black-screens and places you to safety as well with no cost or delay. There is a definite sense of invincibility and it becomes very monotonous and boring quickly.

Driving crazy with no consequence is bad, but the rest is rather mediocre too. The car’s sound is a repetitive wave of the same sound with increasing/decreasing tone and nothing to make the noise stand out. The spinning tires makes then engine go into a stuttering whir that is akin to a food processor that repeats and repeats. The drifting is annoying to say the least and adds to the “arcade” feel. 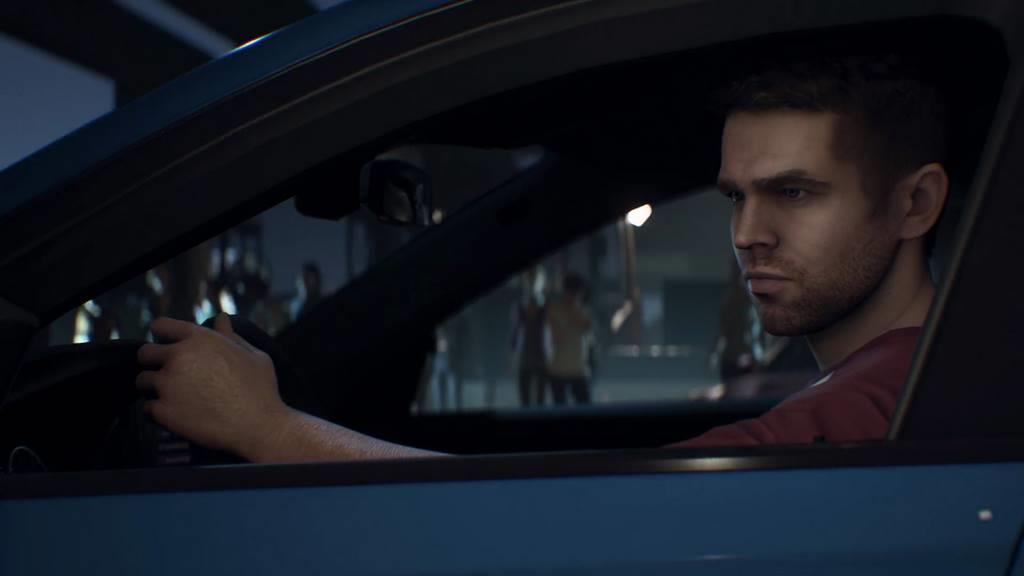 Traveling around the map is also a chore. There seems to be no straight lines to just about anywhere on the map. I also can’t believe there is so little in areas of the game as well. I get the idea that there is some need for sparsity, but it makes the game feel very empty. Having to pay $200+ every time you need to use the quick travel system is bogus too. You are in your car and never pay for gas, so what is the $200 covering? Driving around is an awful tedium as well. There are cars standing still in places waiting for you to come up to them; there are large arcing speed-trap start points all over; and there are a good deal of rock wall/formations on the sides of roads stopping you from crossing land for a short-cut.

Load times for the game are overwhelmingly long. The game itself loads as fast as an XBox update every time it is restarted. The loading after a botched race is slow too and the chatter between characters is long and boring.

Now that I’ve vented about the inconsistent and mostly unemotional driving that the game offers, there are some redeeming qualities about the game. For starters, the open-world feeling of it is unlike any of the five sims I’ve played in the past months. You can just drive around. There is a sense of “I could go forever” and that is a nice change. Even though the driving is a “C+”, the driving for no purpose is actually not bad. It is also the easiest driving out there. Anyone can drive around the map in this game. 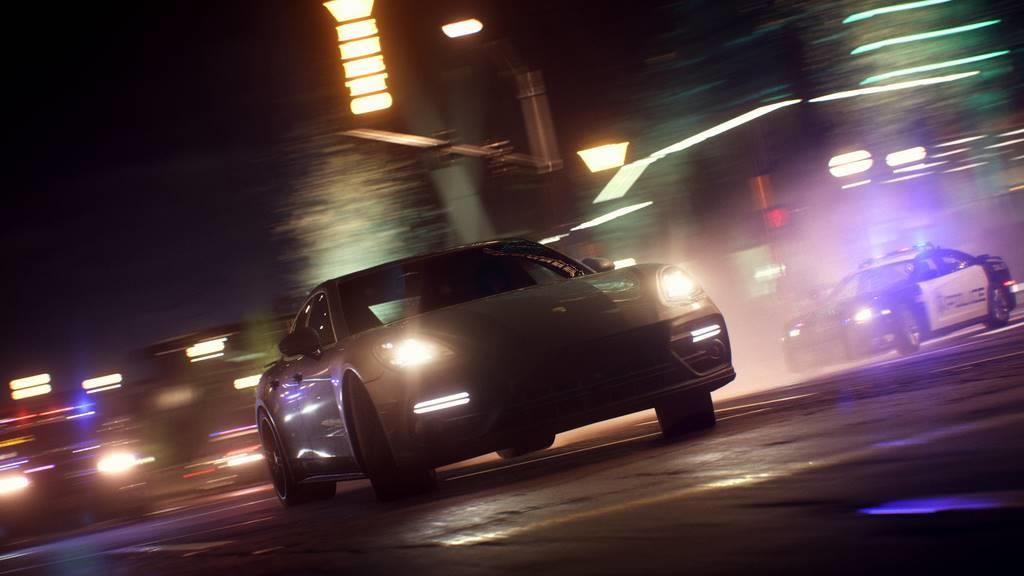 There is a truck-load of customization as well. You have a garage with all your cars and there is almost as much to do to them as in a sim like Dirt 4. Engine, exhaust, and other stuff can be upgraded by getting parts cards that you install. There is a lot of detail to how the upgrades work too. You’ll see real-time changes to ¼mile times, braking distances, and so on. I cannot say the customization is easy to use or very gratifying, but it does give you some say in how you build the perfect racer.

From there you move on to body parts, paint and tinting. Some of the things to use require you to do in-game events in order to get them – like “making 3 jumps with a 2 star rating”. I would die before having to mindlessly find jumps to make in order to add a spoiler to a car, but there is a lot of value to working for something rather than just getting it easy. The decals are much more difficult to manipulate than in a Forza or Gran Turismo, but it does give you a slate on which to be creative. 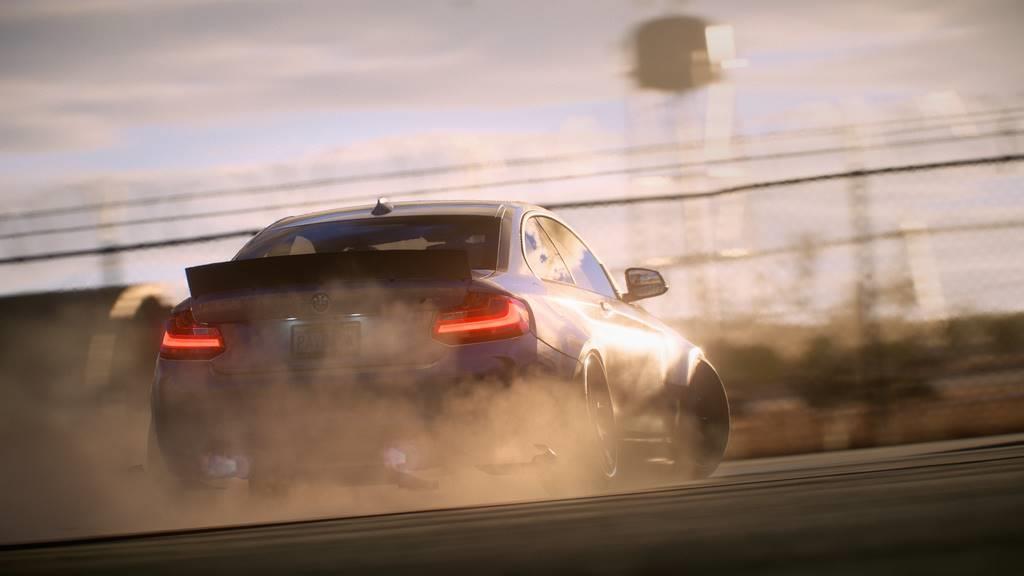 The races themselves aren’t really as involved as in F1 2017, but they can be entertaining. The enemy cars get a jump from the start – no matter how fast you are – and then you overtake them as you go. There is bumping and cutting off, but unlike other driving sims, there is no consequence for slamming into another racer at 90 mph. The nitrous becomes a bigger need than just about every other fix you can make to your car. You can use it about every 10-15 seconds depending on upgrades and it is a huge need to blazing past opponents or just staying ahead. The races are also fairly short - 2-3 minutes or so and that makes for small rewards too.

The police presence, unfortunately is a joke. They chase like a four-year old behind the wheel and are very weak opponents. They easily get dusted and put up no real competition. I never felt there was any problem in escaping and it was very disappointing.

I cannot say the storyline is that of a best-selling novel either, but it moves the game along well. There has been a lot of effort thrown into the cut-scenes and they are exciting and graphically very good. There are three characters you use in the game and they each have unique driving skills. They are rather one-dimensional and have a lot of cliché dialogue. 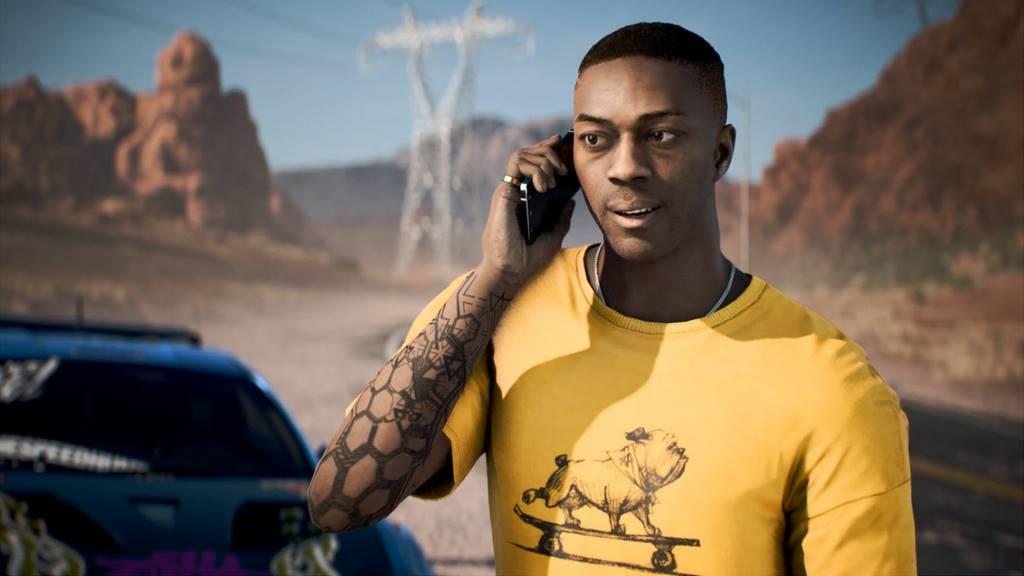 The game is quite involved, however, with the main story taking upwards of 15 hours to complete. There are a lot of races to run and items to get for your vehicles. You could easily spend another 10 hours in getting everything just the way you want it, but there is a lot of futility in the driving around and performing tricks just to get things done.

When all is said and done, there is a lot of sparkling cut-scenes and the cars themselves look pretty good, but there is little else to make this game stand out. It is a game that anyone can play, but sometimes that isn’t enough to offset poor police AI, difficult customization, and empty map areas. I’d say to take twenty dollars in quarters, and go play a real arcade game.

Need For Speed : Payback is a game that everyone hoped might put the series back into the limelight of seat-of-the-pants racing. Instead, the game has middle-of-the-pack graphics, weak storyline, emotionless driving and a poor upgrade system. This game is definitely a car in full-throttle reverse instead of speeding off in the right direction.