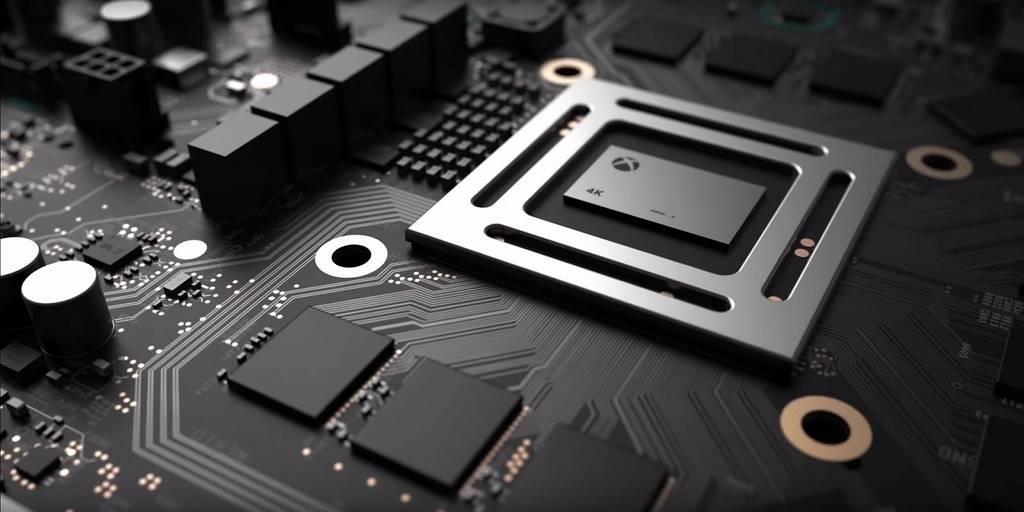 Unboxing the Xbox One X

Last week we received our review Microsoft Xbox One X(XbOX) and we thought we would share some pictures so you know what you can expect in the box when you pick it up next week.  The review kit included a retail Xbox One X box, a pamphlet on the development of the XbOX, codes for XbOX enhanced games, and a few other things needed to review the console.

Here's the outer box that all of the goodies shipped in. 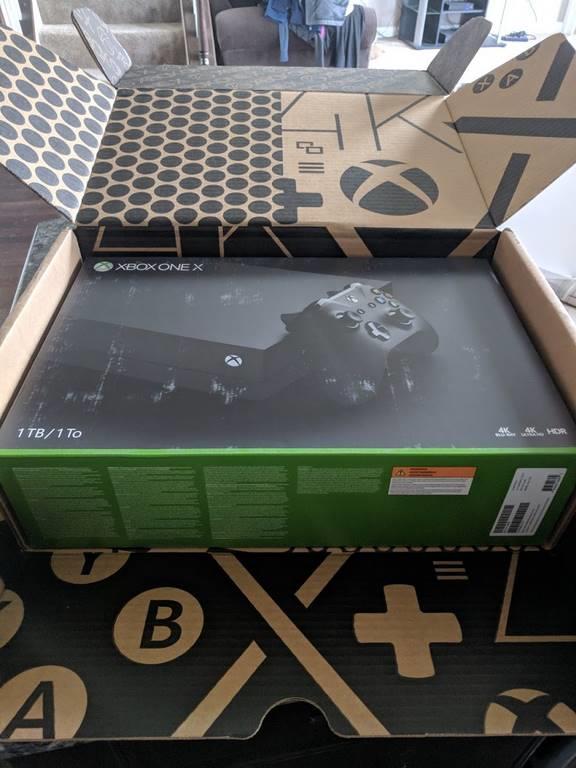 Here's the front of the box.  Not sure how mine had a few scuffs on it, but it's a good looking and simple box. 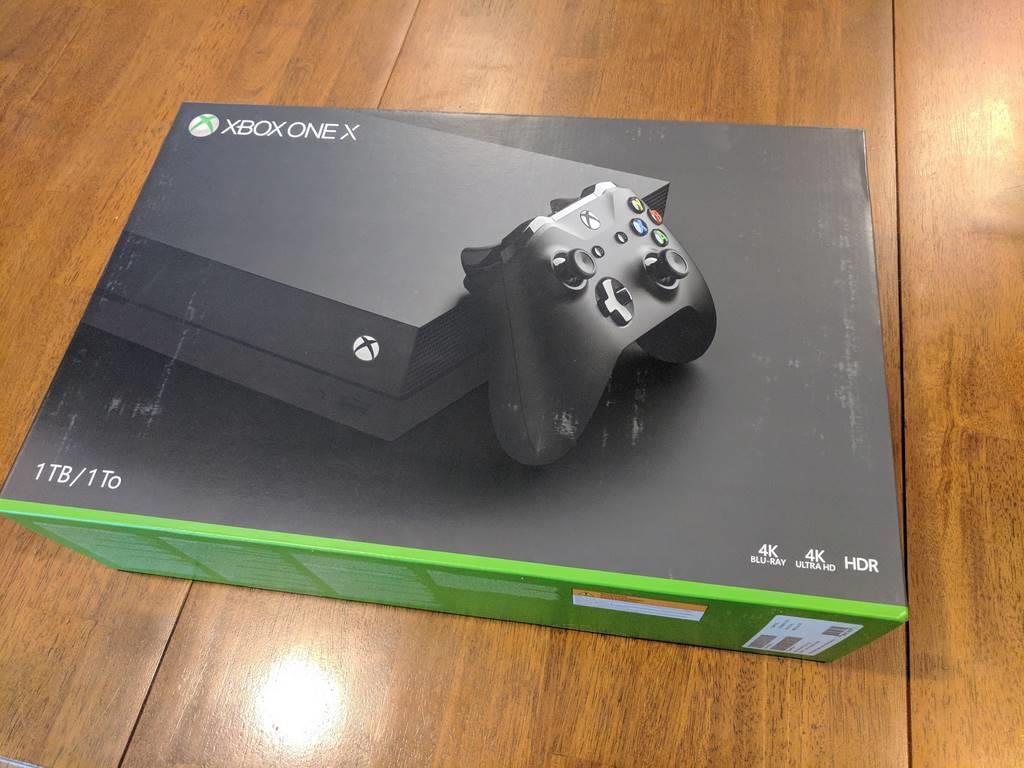 Here's the back of the box. 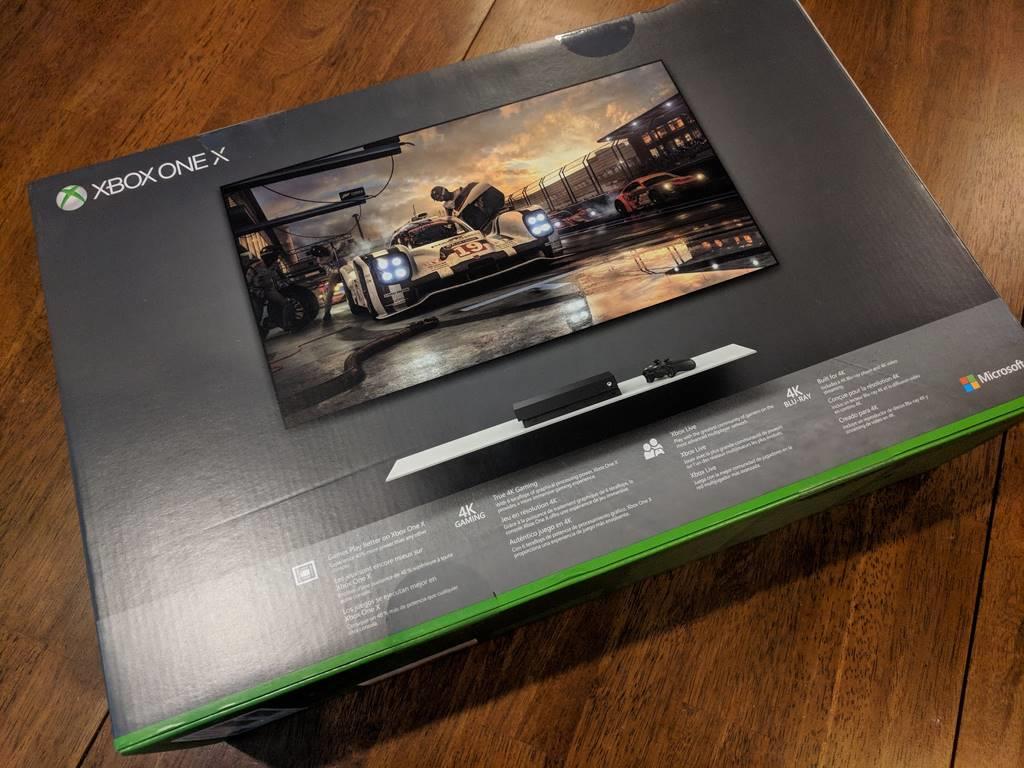 Opening the box reveals the quick start guide and a box that contains the controller, HDMI, and power cables. 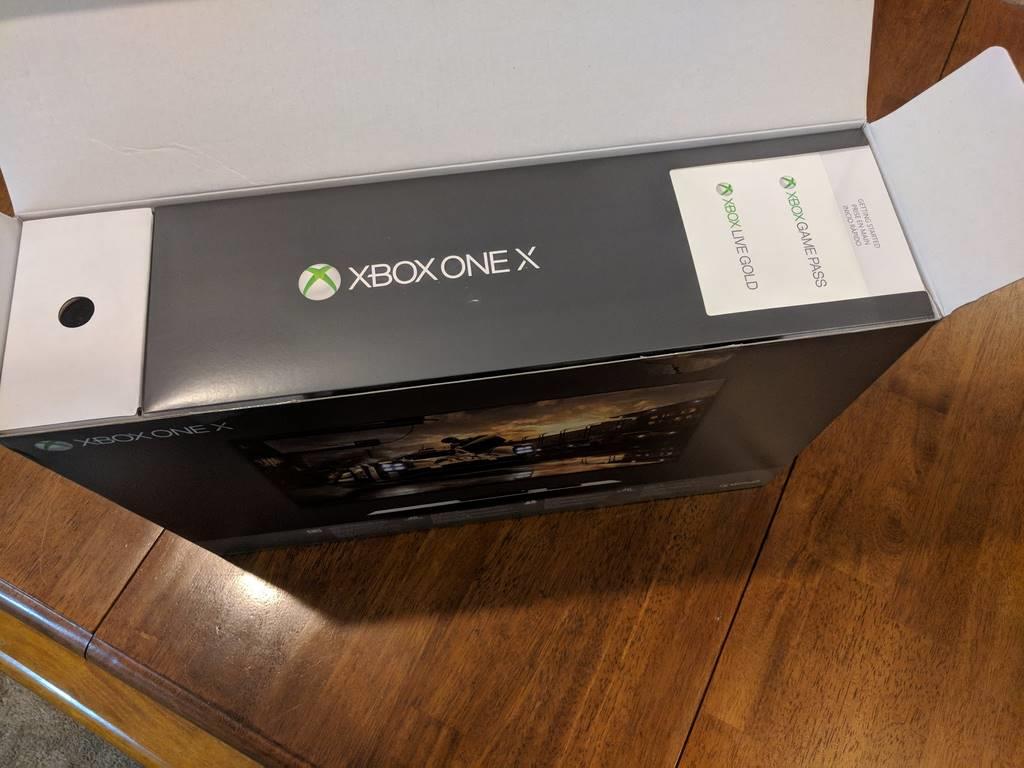 The packet on top is actually three long slips of paper that highlight the benefits of Xbox Live, the Xbox Game pass, as well as a quick start guide that shows you how everything goes together. 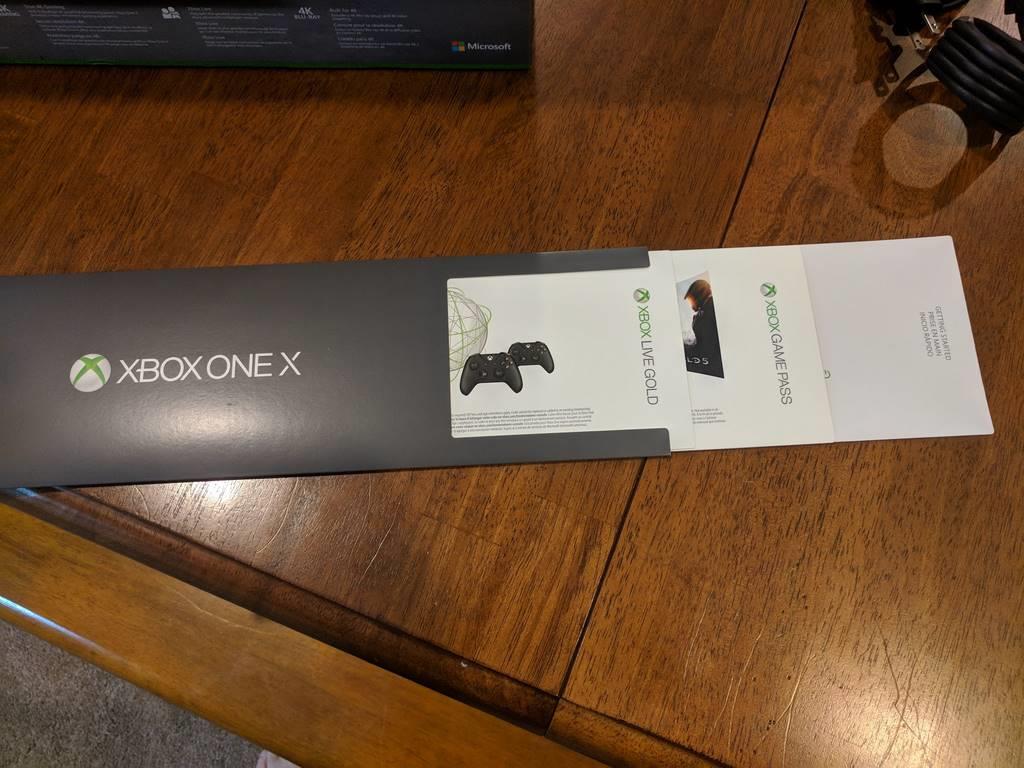 Removing the guide shows you protected console as well as the box containing the accessories for the console. 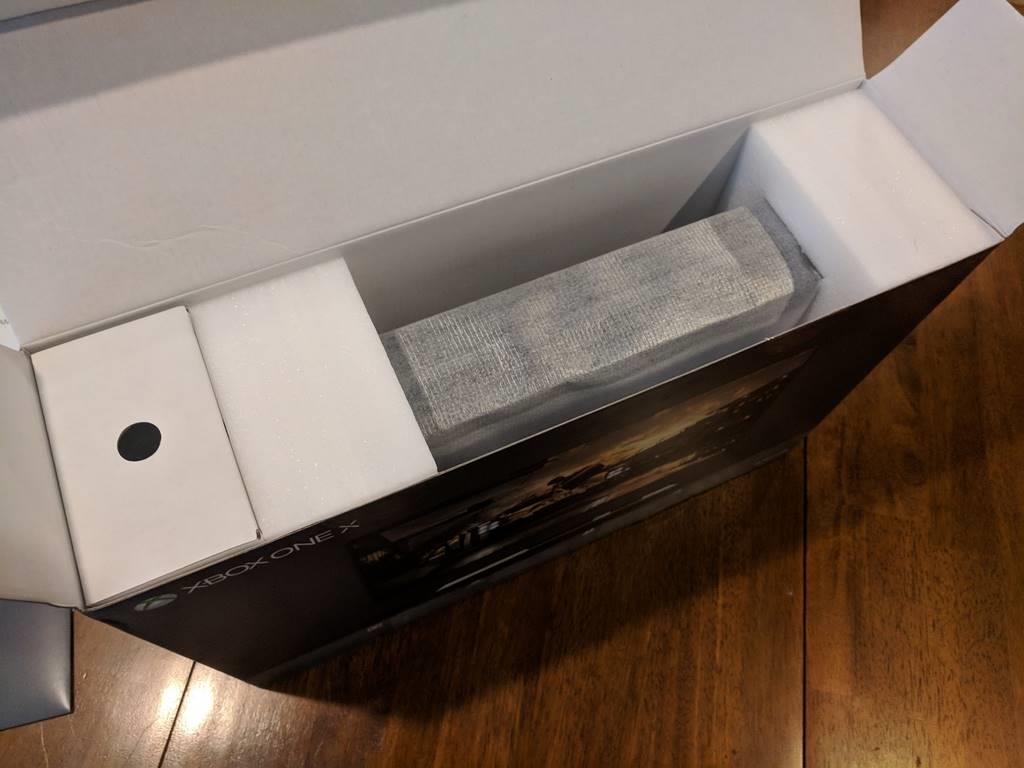 The left side of the box contains the nicely wrapped power cord.... 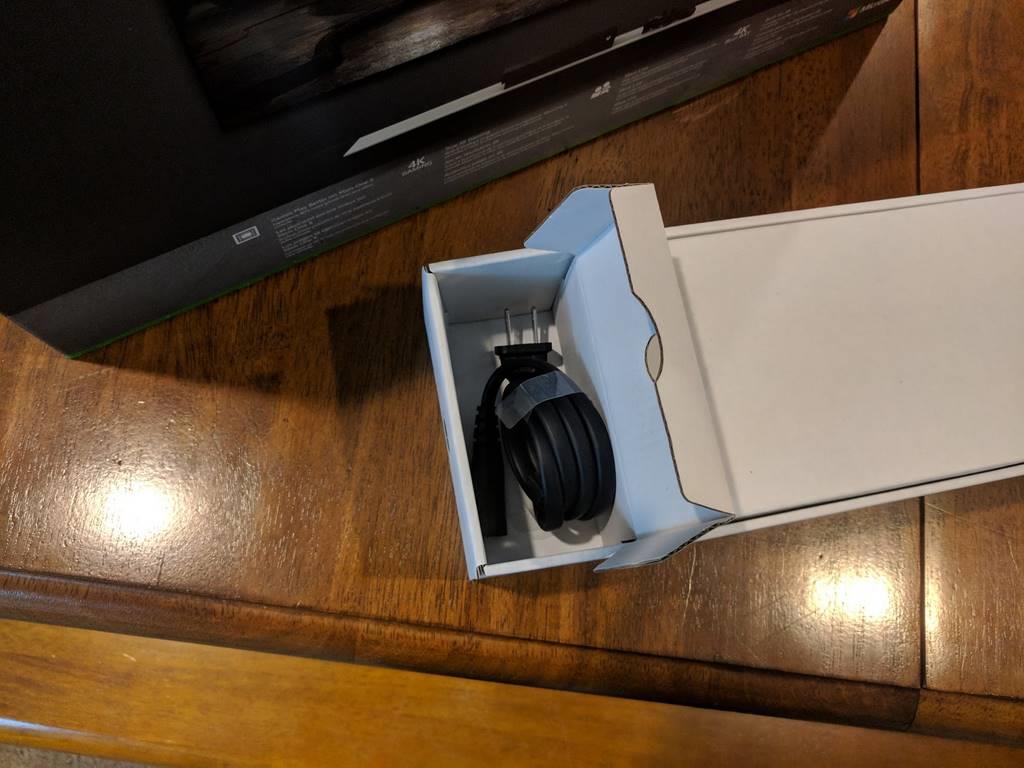 ...while the right side contains the HDMI cable, the controllers, and a pair of batteries for the controller.  I will admit to being a bit disappointed that Microsoft didn't include rechargeable batteries with the XbOX. 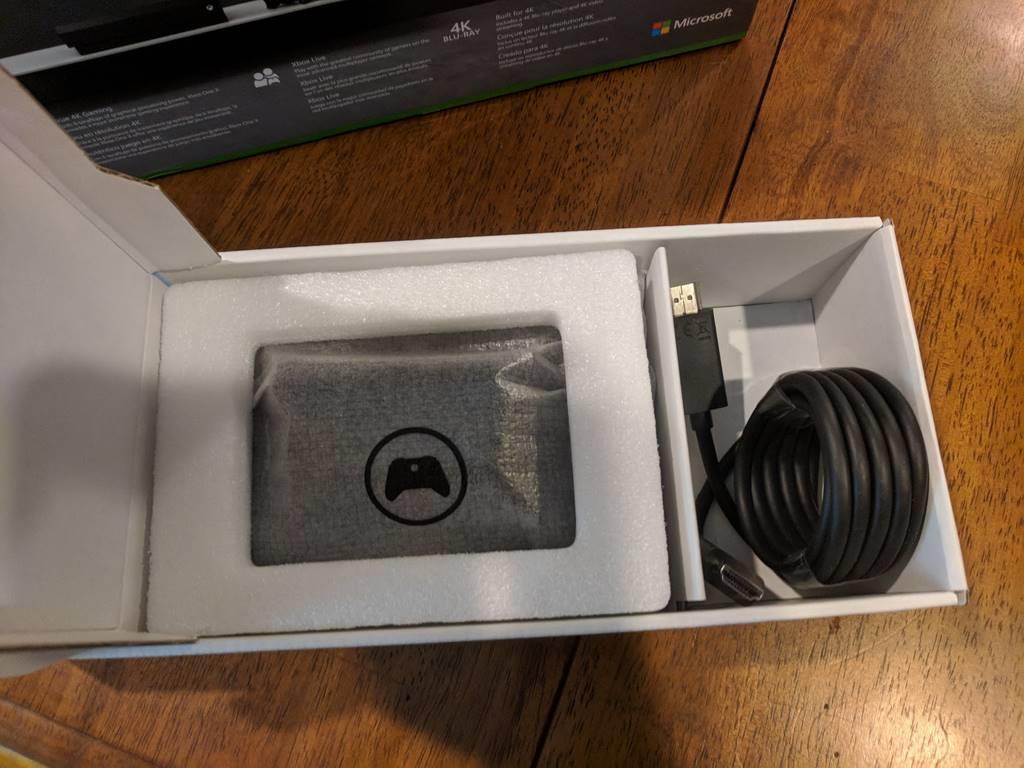 Microsoft did a pretty good job of protecting the console itself.  The one thing you're going to notice when you pull the unit out of the box is how dense the thing is.  It feels like there are two bricks inside the metal housing. 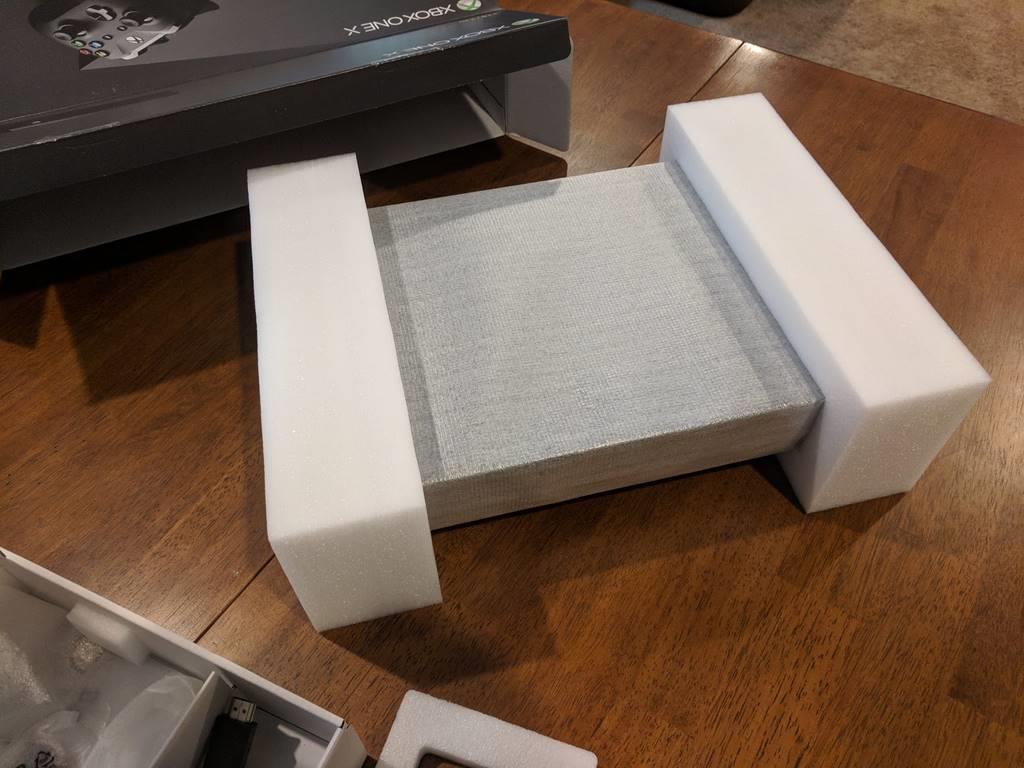 Free of it's packaging the unit itself is a bit minimalist.  That's not a bad thing, but it's a bit understated compared to the glossy top and vents of the original Xbox One.  What I really love about the XbOX is that the on/off button is a physical button. It just adds to the robustness of the unit. 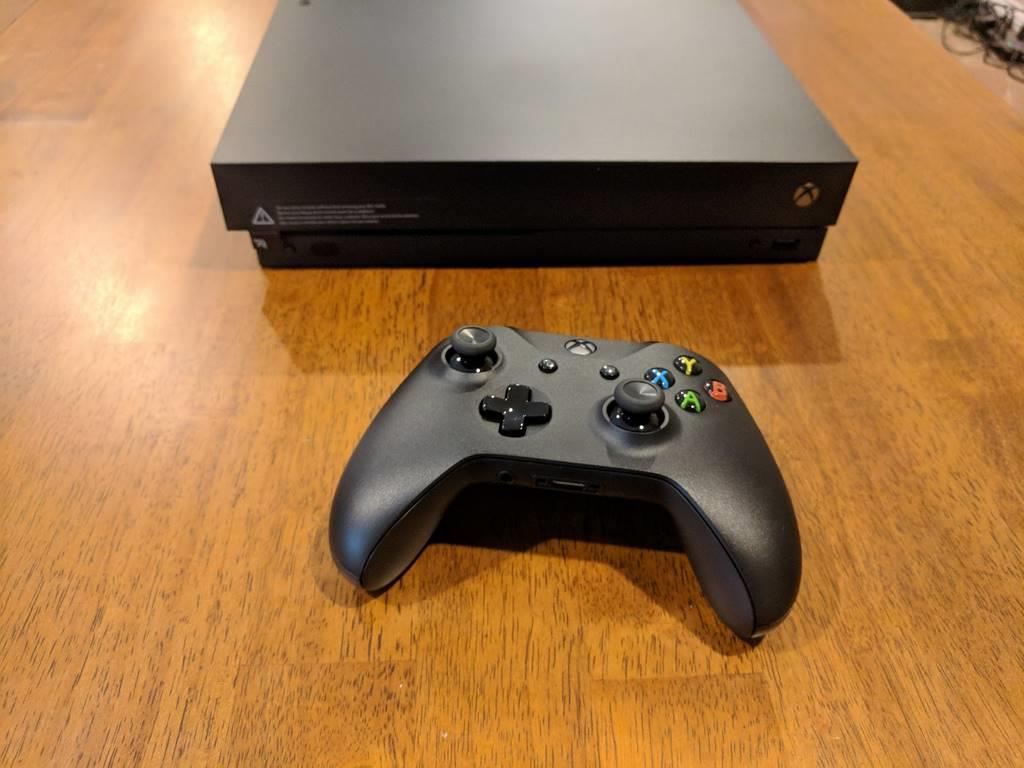 The back of the unit is what you would expect.  If you want to use a Kinect you will have to purchase a special plug from Microsoft. 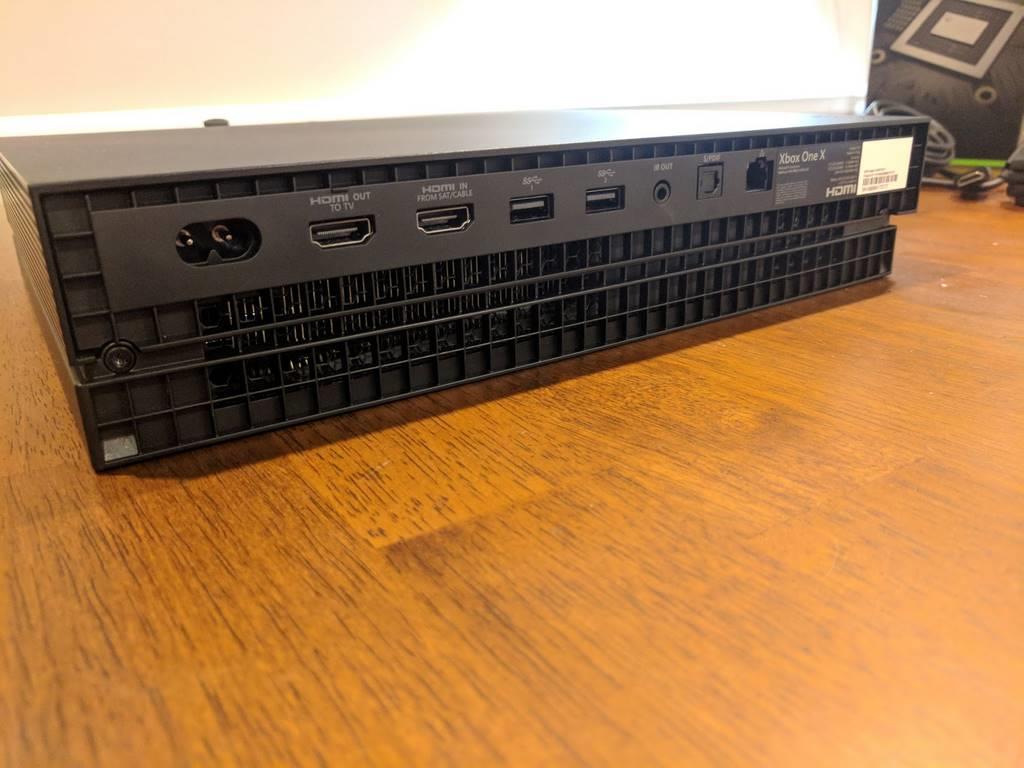 That's about all I can talk about with the Xbox One X right now.  If you have any questions please leave them in the comments below and I'll answer what I can.  Be sure to check back later this week for our full review of the console.