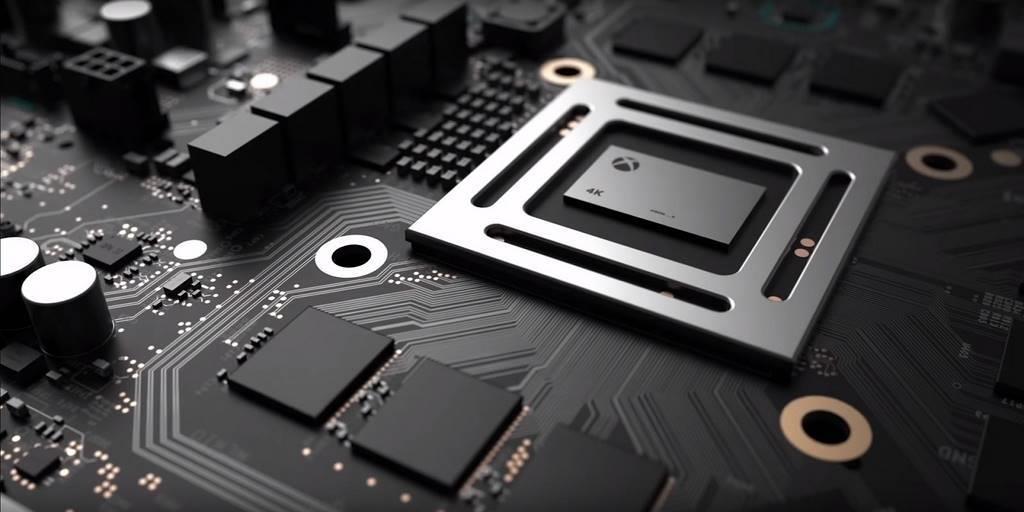 I will admit that I was excited about the Xbox One when it launched back in 2014. Sure, the PS4 was a bit more powerful and had better games, but the Kinect and media integration was right up my alley. I loved being able to walk into a room and start the unit without pressing a button. The reality was that due to a combination of my speech patterns and Kinect's quirks, it would usually take me yelling at the unit for a minute or two before it would turn on. But it was still a cool thing to do.

We all know the story from here. I was one of the few people who really liked the non-gaming features of the Xbox One and, eventually, most of my gaming friends and I moved to the PlayStation 4 to fulfill our gaming needs. I still use my Xbox One daily, but it's mostly for TV, Netflix, and the occasional Halo 5 match.

With the Xbox One X (XbOX) Microsoft is taking mantle of most powerful console from Sony. Along the way, Microsoft has made a few other tweaks and updates to make gamers' lives easier. Let's dig in a bit.

Console Setup
Since I've already covered the out-of-the-box experience of the Xbox One X, I'm going to focus on setting up the unit. I do want to bring up again that it feels odd to not have a rechargeable battery or Kinect adapter in the box. This is supposed to be a premium product. Not including these items feels like a bit of a miss. I get that the Kinect is dead, but the lack of a rechargeable batteries feels out of place.

After everything is hooked up to your TV, setting up the Xbox One X is fairly easy. Firing up the unit for the first time, the system will prompt you to pair your controller with the unit by pressing the Xbox button on the top of the controller. Once it does that, the controller is recognized and off you go. I was surprised by how easy this was given that pairing controllers with an Xbox usually involves pushing small buttons on the controller and the unit, hoping they see each other. 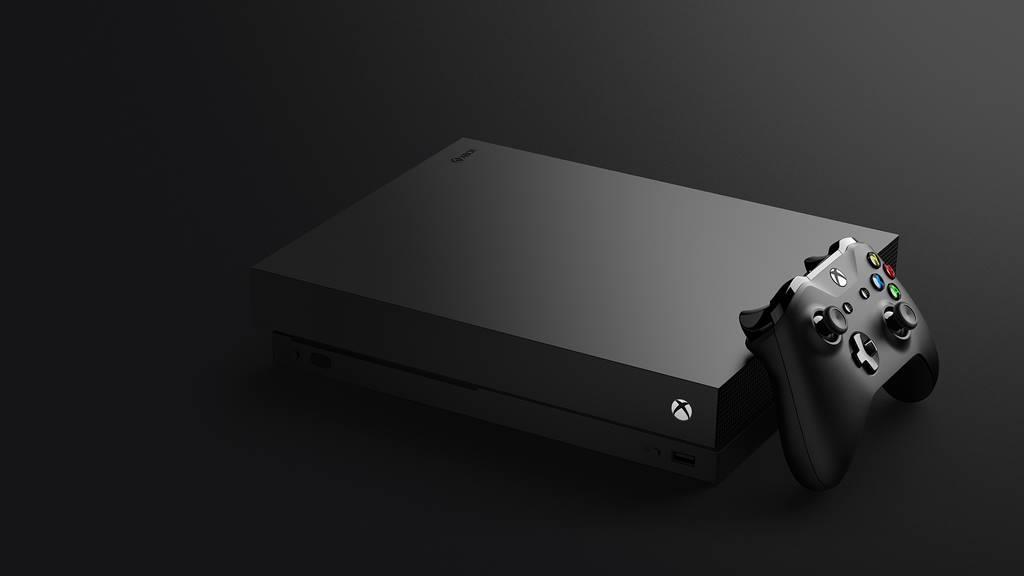 Once you have paired the controller and connected to your network of choice, you will have to download a 791 MB day zero patch. The patch didn't take too long to download, but once it was downloaded it took about 10 minutes to unpack and install. Once you are current, the system will ask you to enter your Xbox Live code, ask you if you want to use Cortana, and then launch you into the dashboard. The process from start to finish took me about 20 minutes, but your mileage may vary depending on your internet connection speed.

Now it's time to download all of your digital games and apps to really explore what the console can do. This means hours of downloading games from the Xbox store. There is another option, however, if you have an existing Xbox One/Xbox One S on your network. If so, Microsoft will allow you to transfer games and apps across the network to the new device. This is a great option for those with an existing Xbox One/Xbox One S as it is significantly faster than downloading items from the store.

Specifications/Performance
The Xbox One X is powered by a custom 8 core CPU running at 2.3 GHZ that is mated to a custom AMD Radeon GPU running at 1.72 GHZ and is supported by 12GB of RAM. The unit comes with one terabyte of storage which can be expanded via the USB ports on the back. The console also comes with a 4K UHD Blu-ray player. All of this makes the Xbox One X the most powerful console on the market, at least for now. 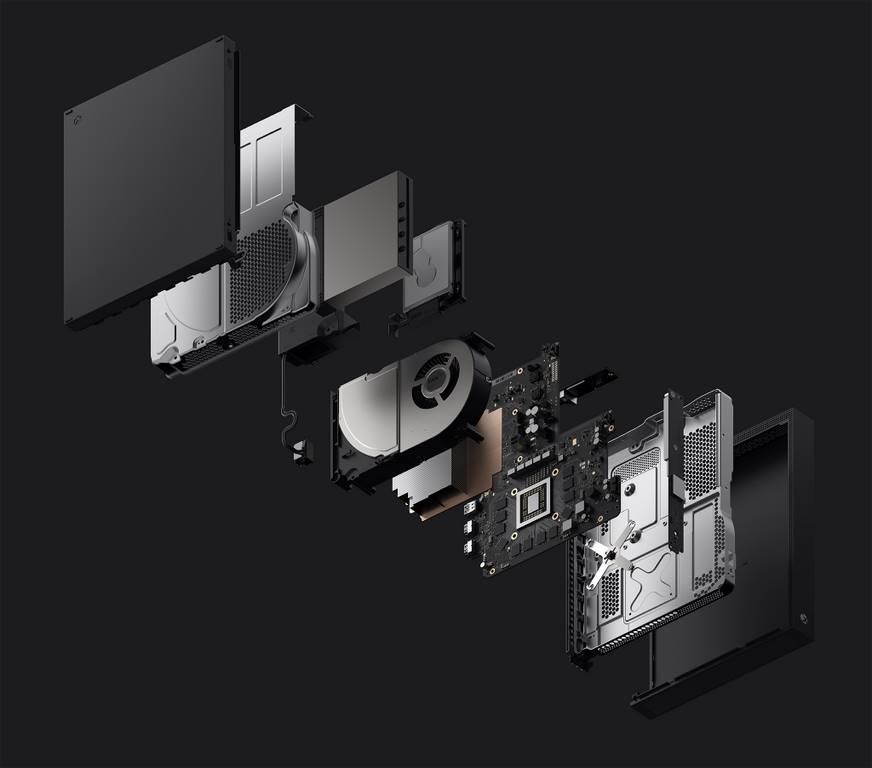 All of this horsepower is great as long as it's put to good use. One of the things I noticed is how zippy the user interface is. Flipping from screen to screen within the Xbox OS is noticeably faster than navigating those same menus on an Xbox One. While this may not seem like a big deal, it does reinforce the fact that the unit is much faster than its predecessors — and that's something you can't say about the PS4 Pro. Another pleasant surprise was how fast the unit even boots up. The Xbox One was always a fast console to load, but the XbOX takes that a step or two further.

Those expecting games to load faster on the XbOX will be disappointed. I ran a few tests against my Xbox One and found that the time from launching a game to the title screen was about the same across both Xbox consoles. This would indicate that there is a bottleneck somewhere else in the system (like the hard drive or pulling data from Xbox Live) that is slowing the overall system down.

This is a game console, though, and the thing that matters with game consoles is how well it runs games. Here situation is a bit murky. Like the PS4 Pro, games have to be modified to take advantage of all the XbOX's additional horsepower and upgraded display technology. Microsoft has identified three different types of enhancements that developers can make for the system:

The phrase "use a 2160 frame buffer" seems a bit odd and it feels like a bit of word munging to cover games that can't quite hit the 4K resolution. 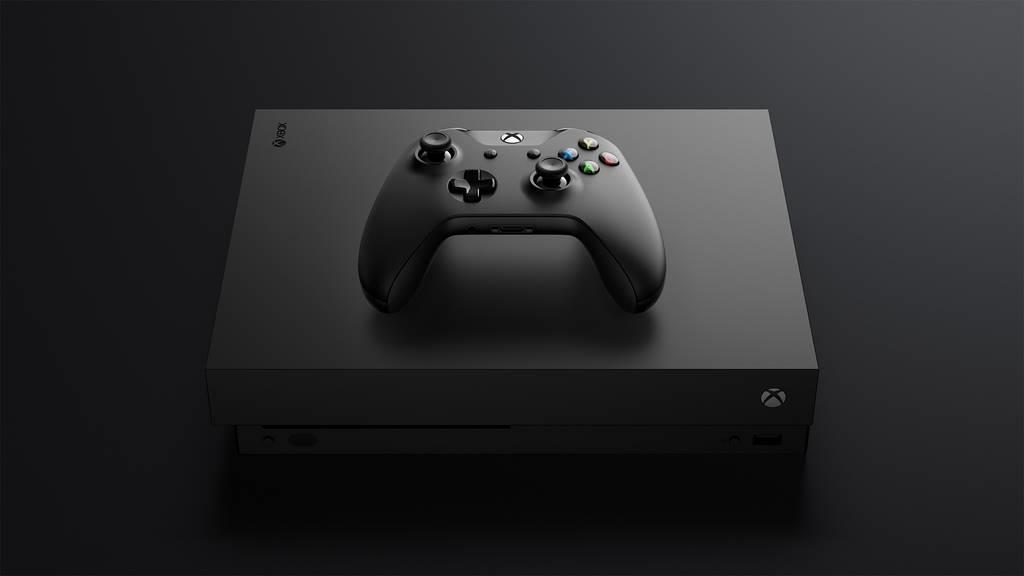 Right now, Microsoft is saying that there will be 130 games that will have one or more of these added features, though not all of those will be available at launch. As of this writing, there are about 30 titles with XbOX support: Gears of War 4, Killer Instinct, Quantum Break, Assassin's Creed Origins, and Titanfall 2, to name a few. Additional titles such as Shadow of War, Call of Duty: WWII, and Star Wars Battlefront II are all slated to get support soon.

With the PS4 Pro already on the market, I can see a lot of developers spending money on adding 4K and HDR support to their games, as it does make the games that much prettier. Playing the pre-patch and post-patch versions of Assassins Creed Origins has convinced me that HDR is something gamers are going to want. Beyond that, I'm not sure any third-party developers will be spending money on developing XbOX specific features in the immediate future.

As someone who uses their console for media consumption as well as games, the XbOX stands out. It comes with a UHD Blu-ray player and streams 4K HDR Netflix (which costs a bit more than a standard subscription). For me, it's this combination of features puts the XbOX ahead of the PS4 Pro.

Of course you have to have a 4K HDR TV to support all of those features. You do see some benefit if you have a standard 4K TV, but if you haven't upgraded your TV past the 1080P level — and don't plan to for a while — I'm not sure the Xbox One X is for you. Microsoft is saying that 1080p owners will get higher quality anti-aliasing and enhanced visual effects, but I'm not necessarily sure that's worth $499. This is especially true because in a year or two there will be an Xbox One XS or Xbox One XI to buy.

The meat and potatoes of a console, however, are the games that run on it. Here is where the XbOX falters. The fall lineup is a bit threadbare without a major console exclusive. Crackdown 3 has been pushed back to 2018. And there's not a major Gears of War or Halo title on the horizon, though Gears of War 4 does look spectacular. I do see this unit selling well with the Xbox faithful. But I don't see it converting any PlayStation fans and, honestly, that's OK.

I liked the Xbox One X way more than I expected to. The unit does feel like a premium product. I love the attention to detail in the hardware (physical buttons!) and the updated user interface. It's definitely a statement  console and I just hope that Microsoft can start pushing out more software to show off the full capabilities of this fully armed and operational Xbox.

It's not perfect, but the Xbox One X is a big step forward for Microsoft. Hopefully Phil Spencer can provide gamers with content that takes advantage of all of the horsepower. And soon.