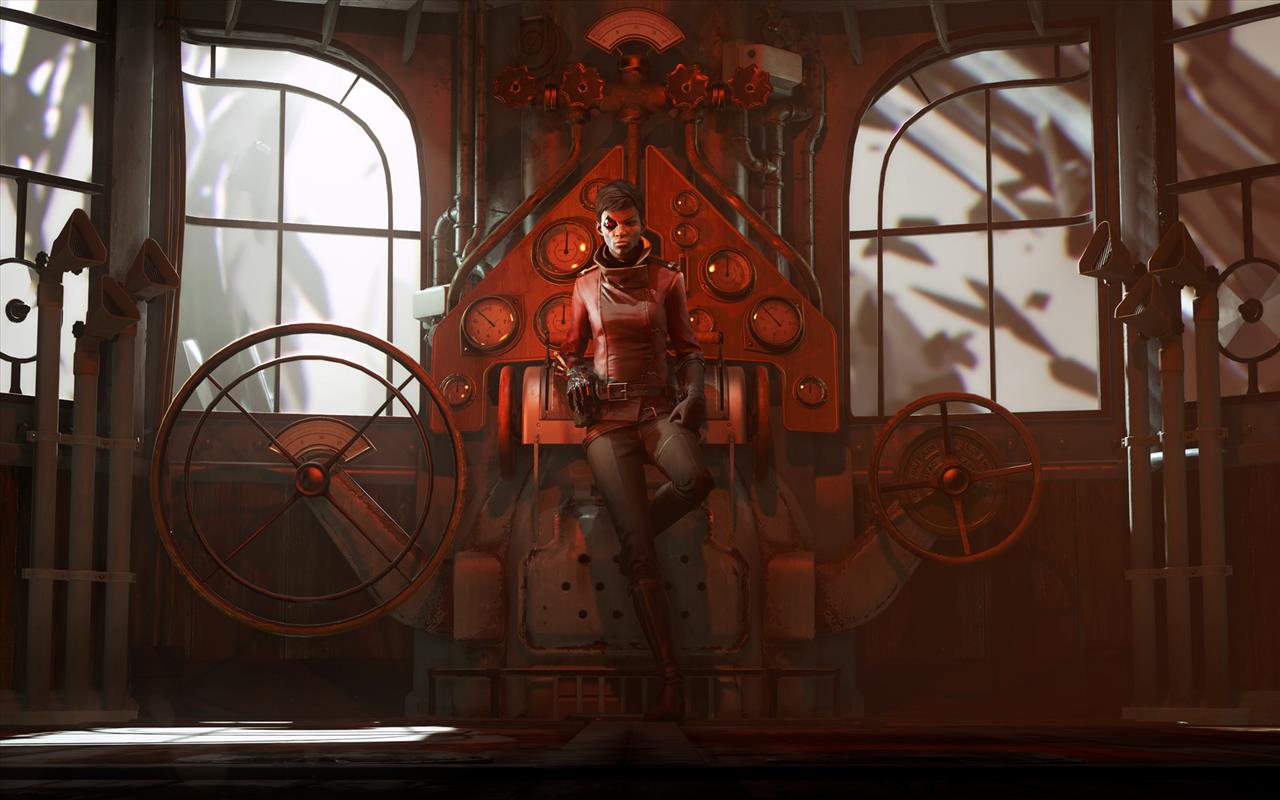 Dishonored: Death of the Outsider

Written by Matt Mirkovich on 10/11/2017 for PS4
More On: Dishonored: Death of the Outsider

Billie Lurk has had it with the concerns of Dunwall and Karnaca. She’s tired of the Void and, most of all, she’s tired of the Void’s avatar, The Outsider. Following her attempts to make things right after murdering Emily Kaldwin’s mother, Billie’s only got two more scores to settle: with Daud, who saved her from her past life, and with The Outsider. This is where the final chapter begins. This DLC expansion serves to ultimately close the book on the Dishonored story, with implications that the franchise is done as well. If that’s the case, then Arkane chooses to go out on a really high note.

With Emily Kaldwin restored as the Empress, life has more or less returned to its pre-Delilah Copperspoon era. Witch hunts have resumed, and the black magic of the Void is being studied by more and more groups, some more clandestine than others. The Eyeless have proliferated the vacuum left by Delilah Copperspoon’s demise, and they have an intimate knowledge of The Outsider, the source of all of the influence the Void holds. As Billie Lurk, it’s up to you to find Daud, and end The Outsider once and for all. Set across five brisk chapters, players will find that many different factions are active in Karnaca. The Oracular Order is continuing their bloody campaign to remove those tainted by The Outsider. The Eyeless gang is pursuing all knowledge of the Void, and the Void itself is beginning to intersect with the real world in dangerous ways. It’s a pretty dense story that’s packed into this expansion, and it wraps up rather quickly, but shouldn’t take more than 10 hours to finish on a first playthrough. I liked the inclusion of multiple endings, including one with an act that seems loaded with more compassion than the entire game that came before it. For a series that leaned so heavily on the revenge plot, this is a stark contrast. Overall I felt like they handled it really well. You’ve just got to be willing to go that extra mile to get it. 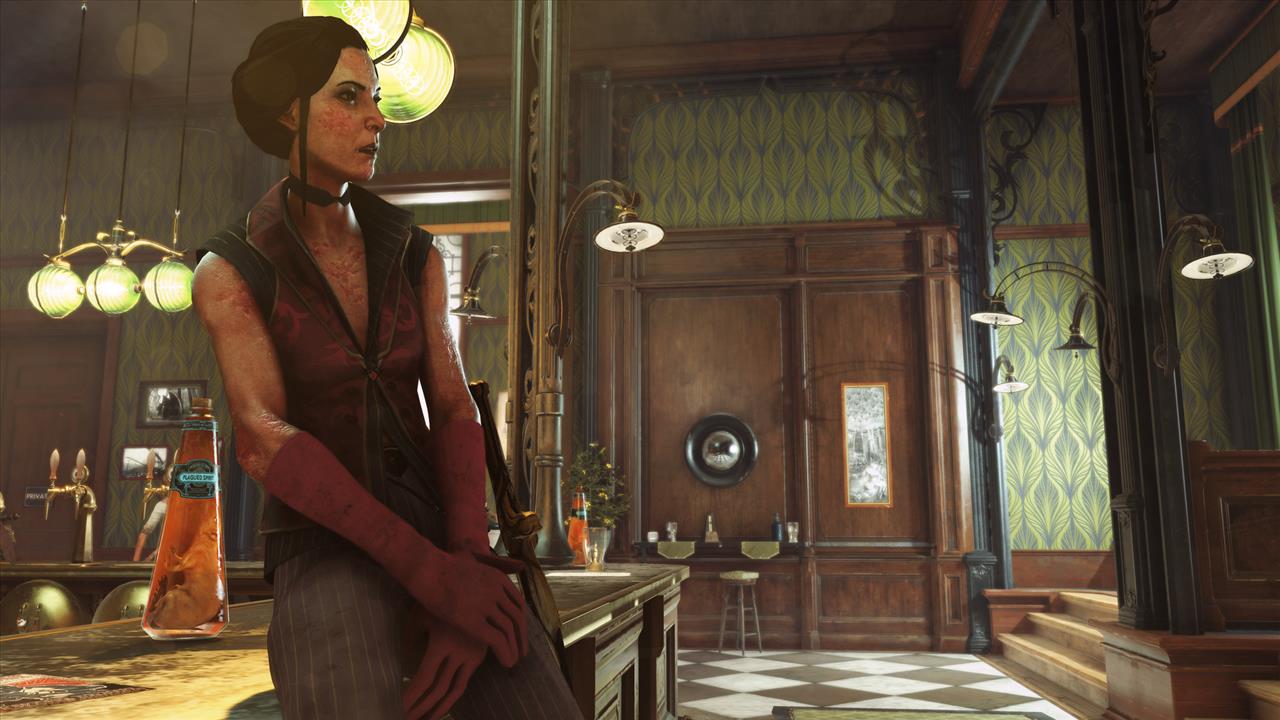 Completing the five chapter arc with Billie Lurk’s set of tools provides an interesting take on the Dishonored formula. Billie doesn’t have the mark of the Outsider, but has other gifts given to her by the Void. This includes a regenerating Void meter, which removes the use of items to restore Void energy, which is a welcome addition. Her Displace ability swaps her with a clone, which isn’t terribly different from Corvo’s Blink, or Emily’s Far Reach. Her other skill, Foresight, allows her to leave her body behind to see enemies, bone charms, and other items that can be picked up. Her last skill, Semblance, allows her to take the faces of NPCs, assuming their form. While using this ability, take care not to act too suspiciously or else the skill’s effect will wear off. Billie can also listen to the rats that scurry about. They often ramble, but occasionally offer up objective hints that can be viewed in the journal. Billie also has a new tool at her disposal, the hook mine, which draws in and stuns enemies that approach it. And of course there are plenty of bone charms to find, which can be broken down for their base abilities which can be combined into a single bone charm. Completing the campaign also unlocks the Original Game Plus mode, which gives Billie access to skills from Dishonored 2. It's a neat way to add replayability to such a short campaign. If there’s one thing Dishonored did well as a franchise, it was giving that feeling of an open-ended playground with a bunch of different ways to cause mayhem. Thankfully Arkane didn’t mess with a good thing.

Not much has changed with the Void Engine when it comes to visuals. If your PC can handle Dishonored 2, then this game should be no sweat. The audio component of Death of the Outsider continues to be outstanding, with excellent music and really strong voice acting. This isn't too surprising when you consider they’ve got some of the best in the business. Daud is played by Michael Madsen, and Rosario Dawson returns to fill the role for Billie Lurk. Robin Lord Taylor has a much more active role this time around as The Outsider. After being a bit apprehensive of him replacing Billy Lush, I’m glad to see him finish off this series. He did an excellent job in fleshing out The Outsider, making him seem almost human, if not at least a little more relatable, which is odd to say, given his, you know, inhuman nature.

Is Death of The Outsider worth the price of admission? Absolutely. I think this is one of the better DLC packages to come out in quite a while that wasn’t gated behind some kind of season pass or continuous dearth of content that no one asked for. It’s a really dense package that contains a few memorable set pieces and moments that feel like a continuation from where Dishonored 2 left off. So to sum it up, excellent story, excellent gameplay, excellent atmosphere and aesthetics. I think we have a score that reflects that, and if you’re a fan of Dishonored, there’s no reason to skip this.

Dishonored: Death of The Outsider is a great follow up to Dishonored 2. It offers a really rich experience with a fair amount of replay value—which is really rare in add-on content these days.