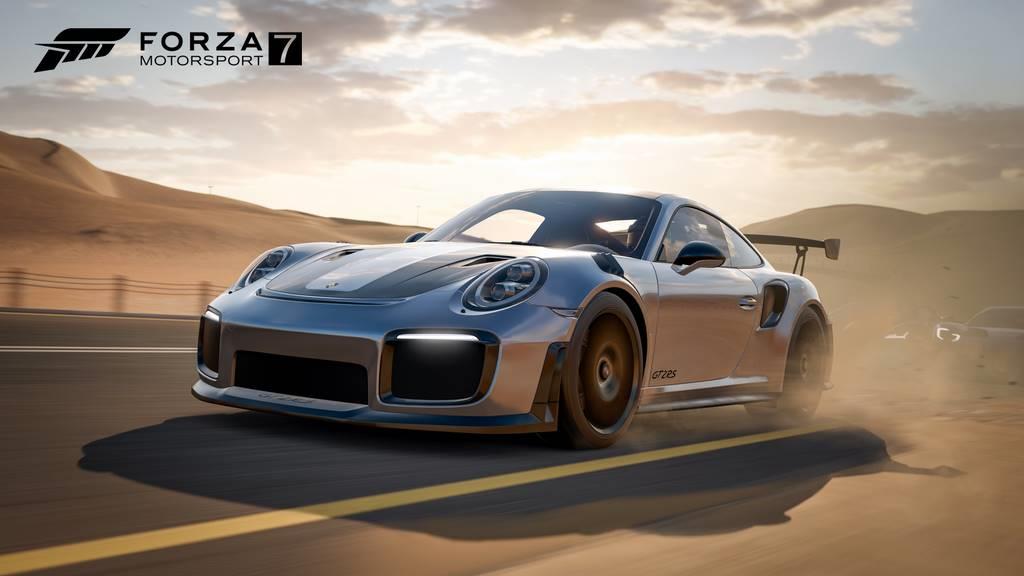 Forza Motorsport has been a top-tier driving sim since 2005 on the original Xbox. Six iterations later, the Forza brand has become synonymous with high quality, realistic, heart-racing driving and the new Forza 7 could be the best yet.

To start with, Forza 7 has the most cars and variety of cars (almost 800) of any racing sim to date. There are five tiers in this one and you must progress through each tier to buy better and better cars. The way this happens is to purchase cars from either the regular shop or the car catalogue. Each car is worth a certain amount of points and after a bunch of them, the next tier opens. This is a great way to prevent the best of cars being used in the first race.

The other thing a quality racing sim needs are tracks. There are some 32 tracks with multiple sections to race. Faithful Forza fans will love to see a bunch of sweet tracks from previous versions – like Suzuka, Maple Valley (personal fave), and Mugello, and yet there are so many more, you’ll never be bored.

All of the above would be good enough for a racing sim, but Forza always goes the extra distance. The cars are among the most beautiful in all of gaming and they are so both inside and out. Forza’s Autovista allows you to look inside most cars engine bays, interiors, trunks, and the game gives descriptions of some of them in detail. The car have a Hemi? It’s there. Tach on the dash? Yup, that too. I’ve owned over a dozen cars in this game and have followed cars for over 30 years, and I can honestly say, the interiors are flawless.

The tracks are also astonishing to behold. From the rocks kicked up from the dirt, to the rain pecking off the glass, you’d think you were behind the wheel. Forza has also incorporated something new with the start lines by having cars start the race “at-speed”. This means the cars do not get an advantage for having AWD like in previous versions. Not every race does this, but it's a nice change of pace. 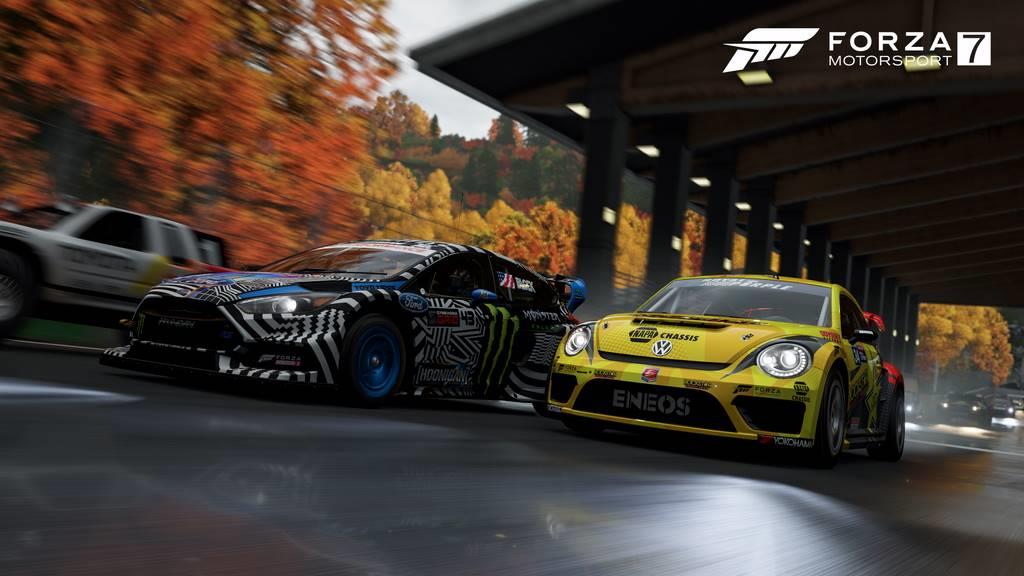 The other aesthetics are also decent. The music is a cache of pop-rock/alternative tunes and they are quite good for the racing scene. The music and sounds are adjustable with a lot of sliders to provide what you want to hear the most – or not at all. The ability to change cars between races is a welcomed treat as well as the previous 2 games made you go to the main screen to switch. They have also added the ability to edit mods and upgrades at the race vs having to exit out.

Sine this review was done ahead of launch there were a few things that weren't quite ready.  The multiplayer is up and is as good as usual. Forza has never been about multiplayer, but the one that is there is quite good. The marketplace hasn’t opened yet and hopefully the packs will be as good as the past. The Auction House is also closed for now. If it is like the other Forza titles, the ability to get some good vehicles at a nice price would be great – as long as they can keep the hackers to a minimum. I think all of the above are going to add to the panache of the game, not deter it. 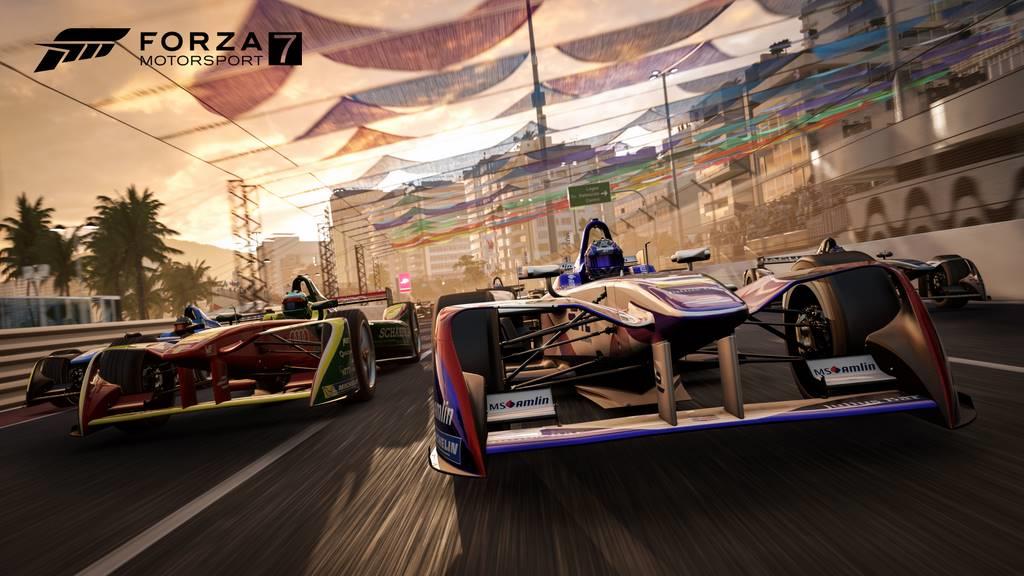 On to the best part of Forza 7 and that is the actual racing. The sounds of the cars is unlike any in the car-sim world. The over-run gurgling of a Ferrari is spectacular and with good speakers is a treat. The fender-benders sound like slamming metal and glass pieces more than any Forza to date. There are five different views including two cockpit views now so you can be where is best to drive. Tires squeal to the driver’s delight and all of the necessary gauges do their thing – giving a feel for each car and the track they are on. Racing in the rain has also improved over the past Forzas and is 100% easier to drive than in Forza 6.

As with previous versions, Forza 7 also has all of the settings needed to make the experience worth while. Unlike Project Cars 2 that had hundreds of settings to try and put together, Forza 7 has just enough settings to either coddle or challenge the driver. The absolute lowest mode could be used by just about anyone for a top-five finish, whereas the unbeatable settings are dang close to impossible to compete for 10th. 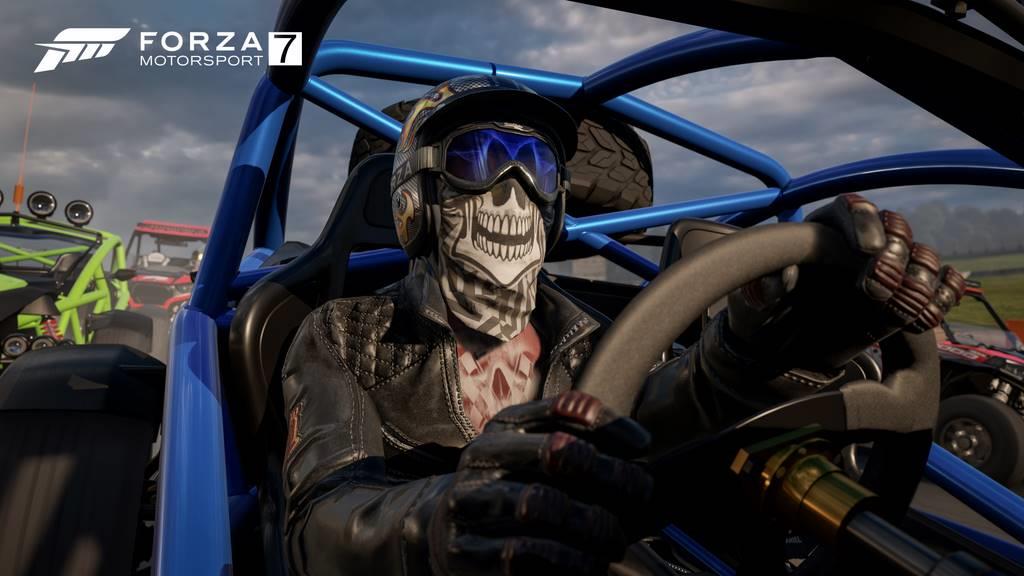 Forza 7 has also fixed the long time issue that has plagued the brand for years - the Career mode. Forza 5 and to some degree 6 both had lackluster career modes and it definitely makes for a less than perfect experience. Forza 7’s career mode is called the Forza Cup and it's a gem. It is a set of 10-15 or so races in six different categories. In each category you must build points to continue to the next and eventually to win the Cup. The categories have races that have something for all racers. The first one – the Seeker Championship – has everything from Historic racing, to Supercars, to Limo bowling. It is really cool to be able to drive whatever type of race and not be set to one thing. I admit, there are some races that I think are dumb and want no part of, but because you only need to do 4 or 5 races, there is no need to drive an SUV or P1 race if you don’t want to.

Forza 7 doesn’t have the big problems that some games have, but it is not without faults. The worst fault is the damage/collision that the cars have from an accident. Forza have never done this correctly, but this year’s might be the worst yet. From 125 miles per hour, a car should be not only ruined, but shredded to bits. Now don’t get me wrong, I know this isn’t demolition derby, but GTA 5 has a better crash-damage system than Forza does. There are no lost hoods, or fenders, or any crinkle to anything on the car.

Another thing that is hokey is the car buying system. The cars are offered to you once you achieve the proper tier, but that is annoying if you currently have a race you can do and can’t because the car is on a higher tier. It is also lousy if the list of cars include the one you want but is in another tier. I also noticed that, unlike previous Forza games, the car cost doesn’t equate to either current cost OR original cost for most of the cars. Example – the Lamborghini Countach, $95,000 when new and currently about $125,000, is a whopping $440,000 in game. The previous games let you buy low and upgrade to get it to the right performance – which was typically cheaper. Now you have to pay top dollar. 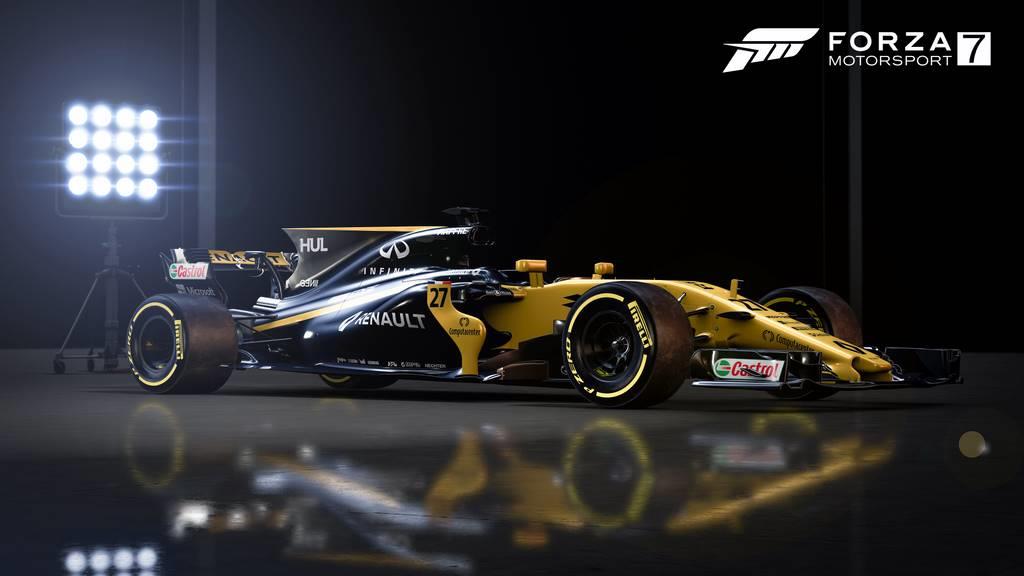 Forza 7 has a few idiosyncrasies but they are not big issues. The first is missing names for some of the drivers. I assume this is a glitch of some kind, but was unnerving to have blank names ahead of me as I raced. The rain and darkness are fun to drive in, but the visability was really low and it was tough fought – especially when you are on the harder difficulties – where one poor corner loses you a few tenths. My son also received the Forza loyalty bonus pack and I did not. I have played every Forza and beaten the last 4 and I didn’t receive this. I actually have Forza 6 on the same Xbox One – with over 20 hours logged – and still nothing.

The worst thing about Forza 7 has been haunting the series for some 10 years now and that is the beginning cut-scenes. I appreciate story-lines like anybody else, but this Forza takes it too far. The opening cut-scene is over 4 minutes long. Doesn’t sound like much, but it is long when you are excited about the $60 game you just bought and want to get at it. It gets worse though, as the next 3 races aren’t even part of your career. At the very least, it should count for something if it is going to add another ELEVEN minutes before you get to the nitty gritty of the game. The final straw is not allowing a skip when you reset your career. It is one thing to show off creativity, but when you’ve messed up what you’ve bought or want to go a different direction with races, you shouldn’t be penalized with another 15 minutes of opening sequence.

These things, however, do not put down what clearly has been a stand-out success. I wrote earlier this year that I thought Forza 7 may be delayed and that the career would be lousy. I couldn't have been more wrong. Forza 7 added cars, added tracks, added variety, and added some of the best graphics out there and put it in a package anyone can enjoy.

[After 25+ hours of gameplay, I can honestly say Forza 7 is outstanding. There is no sim that is easier to use (not Project Cars 2), has more vehicles (not Gran Tourismo’s 180), is more realistic (sorry Need For Speed), or better variety (not F1 – same car most of game), than Forza 7. There are better dirt track games, and NASCAR games, and car-sports games, but no racing sim has as much to offer as this one does. This is the best car sim of 2017… and potentially ever.