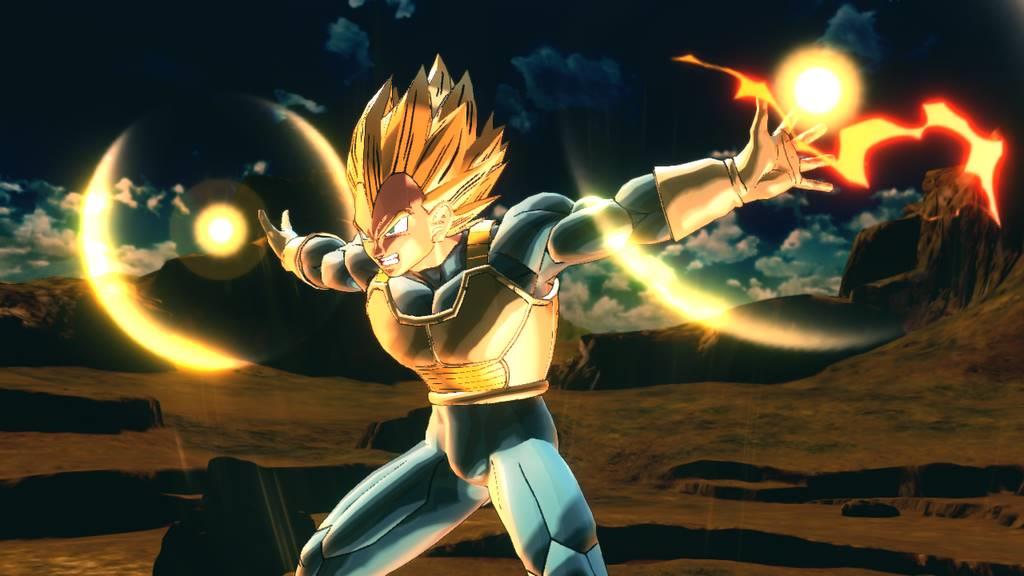 As I’ve stated in a recent “What We're Playing” article here on Gaming Nexus, I’m not really that big of a Dragon Ball fan. I did enjoy the original series when I watched it when I was younger, but I never really got into Dragon Ball Z, GT, Super, or anything else related to the series. That doesn’t necessarily mean that I’ll auto-dislike any Dragon Ball-related game that I try. I did try the original Dragon Ball Xenoverse when I got it as a freebie from a friend who had an unused Steam code, but I never had much time to really get into it. I did like what little I did play. After recently accepting the opportunity to review Dragon Ball Xenoverse 2 on the Switch, I now have plenty of reason to dedicate a lot of time to the sequel, so let’s see if a non-Dragon Ball fan can enjoy a game based off of the series.

Dragon Ball Xenoverse 2 takes place a couple of years after the original game and begins with you receiving a special mission from the Elder Kai. As you wander around Conton City looking for him you also come across the Supreme Kai of Time who watches over time. Once you find the Elder Kai you’re given your first mission which has you going back in time to correct Goku’s battle against Raditz. This begins your journey as a time patroller whose job it is to go throughout time and correct various things, restoring the timeline to what it should be. Not being a big Dragon Ball fan, I’m not sure if something like this was ever done in any of the series, but I’m all for a game that deals with time travel and changing history. You begin by creating your character. I have to say that character creation is pretty well done with a lot of different options you can use to customize what your character looks like. There are five different races you can choose from. You can also choose your fighting style between fighting up close, sticking to a more ranged style, or a bit of both, and your starting attributes, such as your Ki Power, reflect that.

Once you complete the first mission you have the chance to wander around and explore Conton City, the main hub of the game. There’s plenty to do here. Aside from the various shops scattered around, you can also find various trainers who’ll teach you various skills you can use throughout the game (you can only have four skills equipped at a time, so choose them wisely). You do have to defeat the trainer to succeed, but early on they’re not too difficult to defeat. After all, they are trying to help you become a better time patroller. You can also go talk to the Elder Kai who’ll let you take on another 14 training missions where Krillan will teach you various techniques and abilities you can use in combat to improve your chances of survival. Basically beyond that you can travel around Conton City and visit the various shops, any available trainers if they have something to teach you, and take on any quests you find. To progress the story you need to head up to the Time Nest. This is where you’ll go to begin fixing various changes to the timeline and to progress the main storyline. 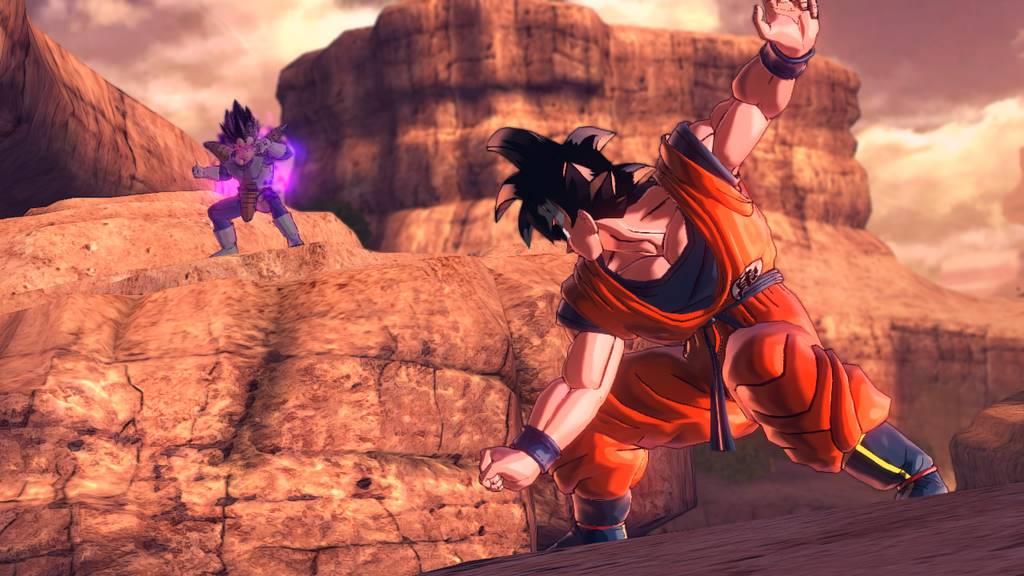 During the quests you’ll be participating in battles against various characters from the Dragon Ball universe. The battles themselves can be pretty exciting, but can also be somewhat repetitive, at least in the early going. Case in point, a lot of my early battles were dashing up to my opponent and hitting X and Y in various combinations over and over again, then ending that with a special move, usually the same one. That being said, the battles are fairly quick-paced, as one would expect. Combat consists of using X and Y to deal out light and heavy attacks, respectively, to create combos. Using ZL and ZR in various ways will pull off Super Moves, Ultimate Attacks, and more. Some of the aforementioned training will teach you how to perform various combos with some of the moves you learn. Beyond that it’s basically playing however you feel with your choices when creating your character affecting your playstyle in a way. The Nintendo Switch version also brings with it some motion controls as well. I’ll admit it is nice to pull off a Kamehameha by performing the motions with the joycons, and some moves are unique to the motion controls, but I still prefer using the normal button setup (you can switch between them in the options menu).

Beyond normal and story quests, there is another type of quest you can do called Parallel Quests. These can be done either online or offline. Parallel Quests can be completed to gain various rewards and XP and is another way to help level up your character rather quickly. In addition, doing certain things in the quests, such as defeating an enemy that might not necessarily be the target for the quests, can add new goals to the quest. If you fail the additional goals, that’s perfectly fine; the quest only requires you to complete the initial goal to clear it. Clearing any additional goals will give you more experience and better rewards. Online Parallel Quests work the same way except it’s done with up to three other players online. Sadly I was not able to experience the online quests. When I did a search for them, only one was available and it utilized DLC that I didn’t have at the time of this review. You can also do 1v1, 2v2, or 3v3 battles using either your created character, other characters from the Dragon Ball universe, or just do some combat training to hone your skills. 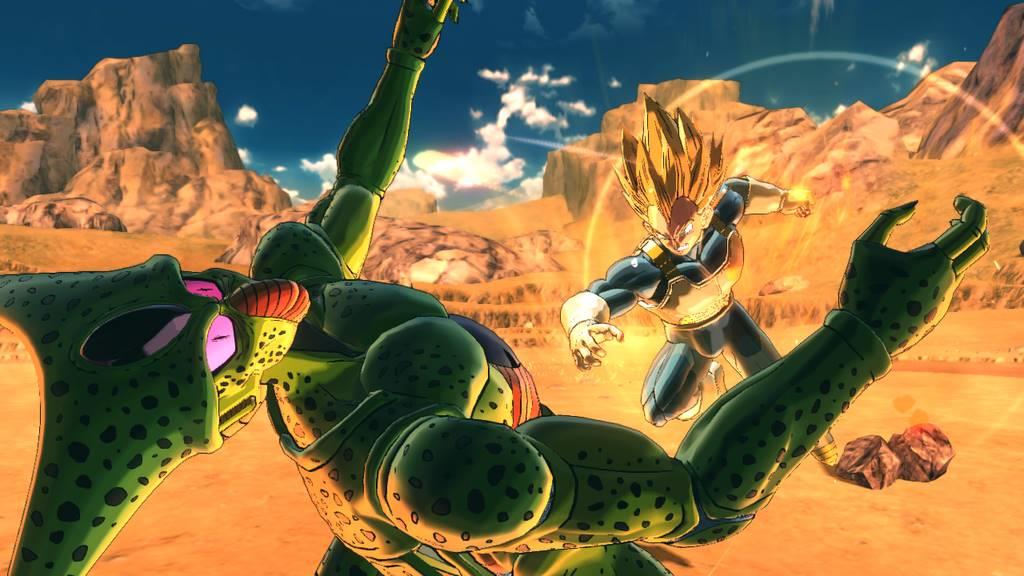 I did say that not being a big Dragon Ball fan meant that I could look at Dragon Ball Xenoverse 2 more on its own merits, as opposed to the fact it’s a Dragon Ball game. That being said there are aspects and moments that I had some issues with. Sometimes the training with Krillan can get a bit tedious, specifically when he demonstrates something. But then when it’s your turn to do the action, the circumstances change a bit. For instance, when learning the back attack, Krillan demonstrates this by attacking you, then the CPU has you Z Vanish behind him, then he hits you with a back attack. Now it’s your turn, so you attack Krillan…but he doesn’t Z Vanish behind you. You have to stand next to him and do a back attack so you’re facing away from him, then do another back attack so you actually hit him.

The other issue I have kind of combines that and an issue I have with the camera during certain battles. Early on you’ll encounter your first giant ape battle as you take on giant ape versions of Nappa and Vegeta. You can’t damage either of them until you reduce their stamina, after which you have a limited amount of time to get in any attacks you can while they’re stunned and their stamina meter fills back up. The game says you can do a grab attack on their tails to do a lot of damage to their stamina, but I find that to not be the case. Using ranged Ki Blasts seem to work much better. Beyond that, though, this first giant ape battle takes place in a canyon with a lot of rocks, cliffs, and pillars in the arena. For whatever reason I had so many issues getting the camera in a decent position to even see what I was doing, let alone to see who I was actually attacking. Thankfully this issue isn’t present in too many fights as a lot of them are out in the open without that much to block the camera. Still, the first giant ape battle, while easier than it appears at first, was also very frustrating in the early going due to these issues. 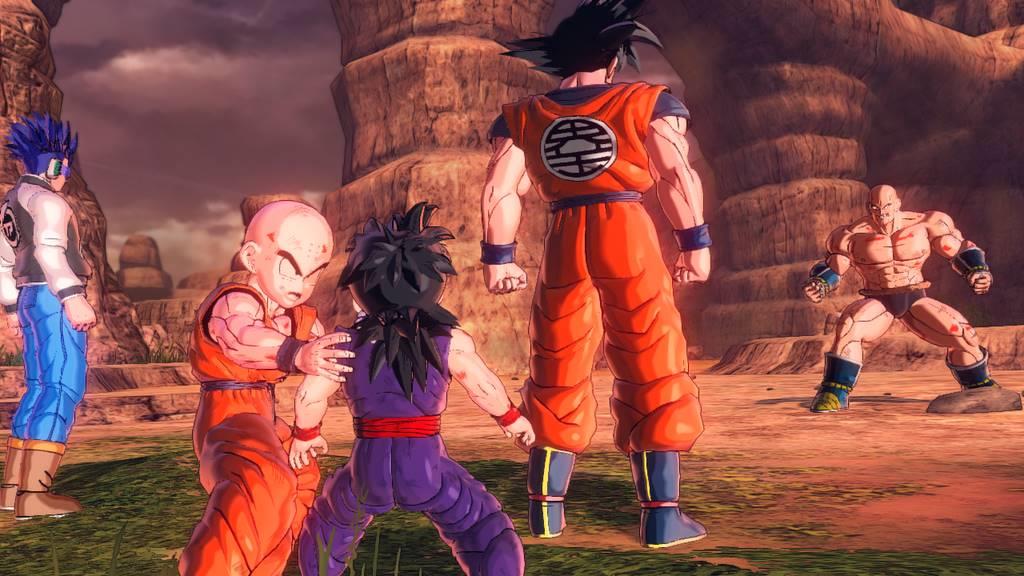 Outside of that, I do enjoy Dragon Ball Xenovesrse 2. I will likely continue to play it from time to time, since you can create several different characters to play as. The character I created for this review was a human whose fighting style is a mix of up close and ranged. With some quests geared towards the different races, as well as placing your ability points in six different categories when you level up, there are a lot of different types of characters one can create. I can’t speak on the game as a fan of Dragon Ball, but as a fan of gaming, I enjoyed Dragon Ball Xenoverse 2, proving that you don’t necessarily have to be a fan of an anime to enjoy a game based on it. You might not understand everything going on in it, but you can still enjoy it.

While not a huge fan of Dragon Ball in general, I can say that I’m a fan of Dragon Ball Xenoverse 2 on the Switch. It does have its flaws. Namely with the camera and some of the training. Plus the combat can get repetitive as you mash out the same combos, at least in the early going. But I can definitely say that I found a Dragon Ball game that I can enjoy coming back to from time to time.