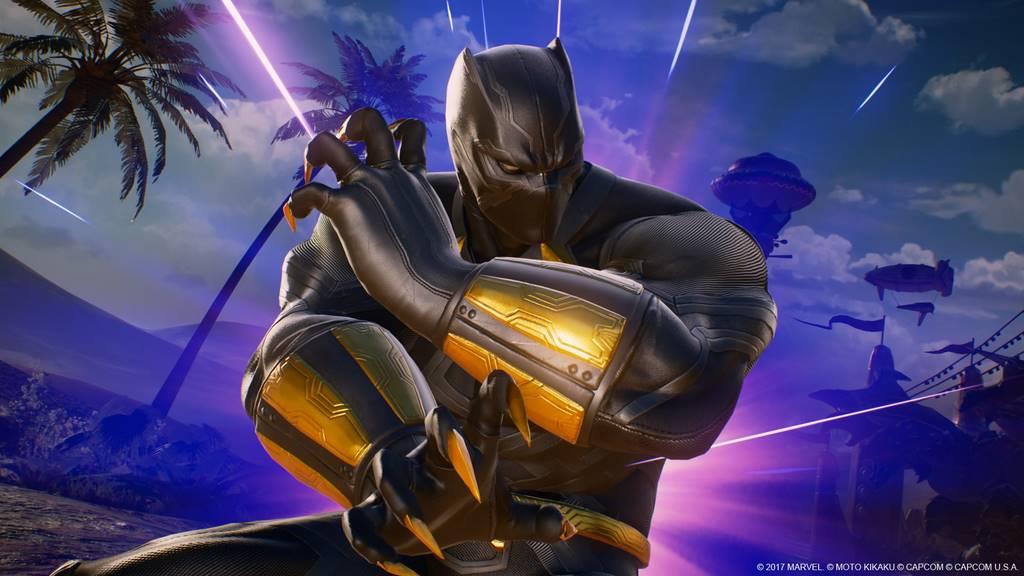 Well the streak was bound to end sooner or later. That streak being that 2017 has been an amazing year for fighting games. Injustice 2 and Tekken 7 were fantastic and there were other great releases like Guilty Gear XRD Rev 2 and even Nintendo's ARMS as well. Then comes Marvel vs Capcom: Infinite to ruin the party.

It's not all doom and gloom. Marvel vs. Capcom: Infinite's fighting and gameplay is perfectly fine so let's get that out of the way. Where is all comes crashing down is that everything about this game outside of the fighting is just so bland and generic. The game lacks soul and certainly doesn't feel like another entry in the long running Marvel vs. Capcom series. What this really feels like is a game that was quickly thrown together cause Disney wants to promote certain characters in upcoming movies.

The first big difference in this game compared to MVC 3 is that fights are now back to 2 v 2 again instead of 3 v 3. The fights are also a lot slower than previous entries. While of course you can quickly bust out ridiculous looking combos it also makes the game feel more like Capcom's other fighting games, mainly Street Fighter X Tekken. One cool addition is now you have the ability to swap out characters at any time in the fight and this includes mid combo as well. Also included in the Infinity Stone system where you can bring a stone into battle which can be activated for an additional advantage for a limited time. For instance, one stone will keep your opponents at bay, another will pull them in and another may cause an attack to home in on an opponent. This add a lot of strategy in that you need to mix and match teams together that fit your play style and also pick an Infinity Stone to go along with them.

So while the fighting in Marvel vs. Capcom: Infinite is perfectly acceptable, it's everything else about the game that brings everything down. One of the main selling points of the game, the story mode is a huge disappointment. Right from the start the Capcom Universe and the Marvel Universe are the the middle of the fierce battle as all of the heroes are trying to fight off Ultron's forces. That's about it. The story is as bland and generic as it gets. Evil cyborg tries to destroy all human life on earth. Heroes try to stop them. There is no explanation whatsoever as to why the characters from the Capcom Universe and the Marvel Universe as to how any of these characters met up with each other, how they got there, or why certain characters are teaming with each other. 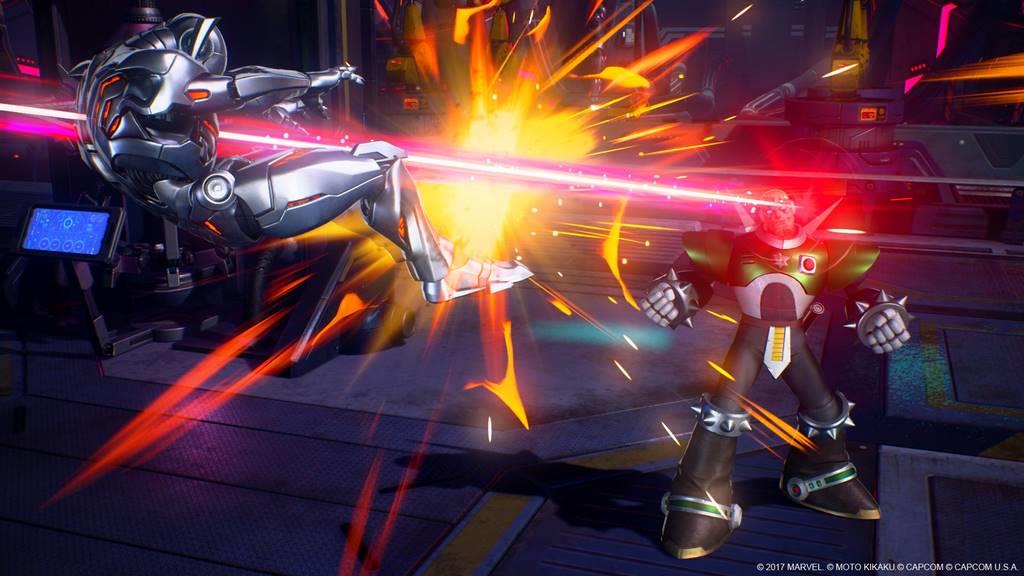 In between battles you are treated to cringe worthy one liners and endless exposition. At the very least the story mode tries to keep things interesting by providing a variety of different battle types such as 1 on 1 fights, fights where you have to defeat a number of weak enemies, or fights where you just have to keep fighting until the timer runs out. It's a shame though that most of these alternative fights are confined to the story mode and you can't play them elsewhere.

Aside from story mode and player vs CPU fights, the game does have an "arcade" mode. I put arcade in quotes because it barely even qualifies as that. You pick two characters and then you battle other teams until you get to the final boss. Now I will say that the final boss is a great fight and it is challenging, but what do you get for your troubles? Nothing. Absolutely nothing. Normally you could think you would get a characters arcade ending but not here. You beat the final boss and then are greeted with the credits, so honestly for me, I don't know why I would even want to play through arcade again if I'm not fighting for anything. 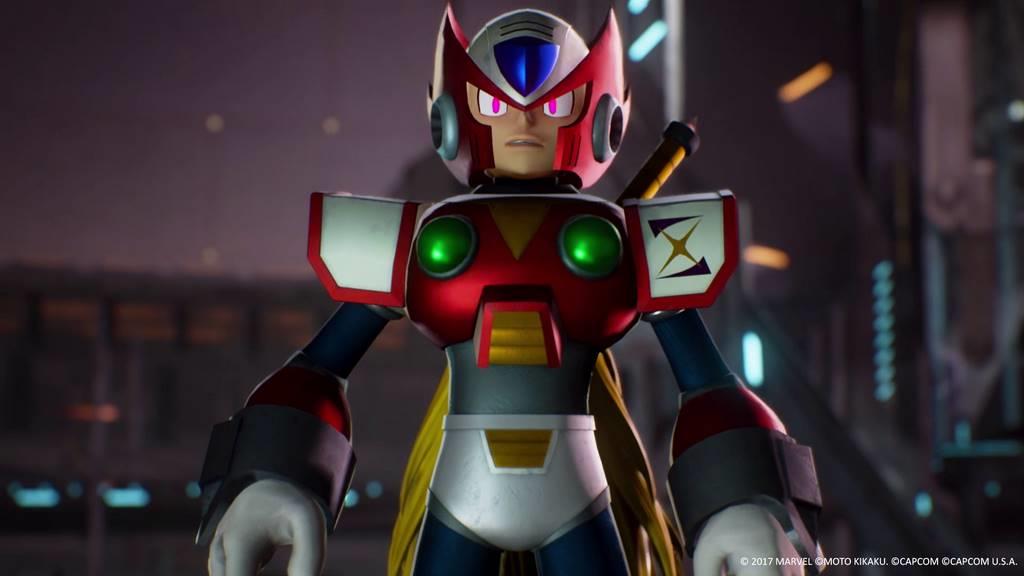 Then we get to the roster and obviously the absence of the X-Men stick out like a sore thumb. No Wolverine, no Magneto, and even other Marvel characters like Deadpool are gone and replaced with Captain Marvel, Black Panther, and Ultron. But hey thats fine right? No one remembers the X-Men right? Yeah and I'm sure everyone knows who Jedah and Nathan Spencer are. It's just hard to care about any of these characters. While characters like Captain Marvel and Gmora are fun to play, it just makes me wish we still had the mainstay characters that have been in the series almost since it's inception. And that's what it all comes down to really. This game doesn't feel like the next game in a long running series. This feels like a brand new game that exists only to promote the Marvel Cinematic Universe. The fighting is fine, but everything else about this game just feel so generic and boring.

Marvel vs. Capcom: Infinite is a big disappointment. Sure the fighting is fun, for a while anyways, but everything else about the package just feels mediocre and thrown together. The story mode is boring and arcade mode is a joke, but at the very least there is multiplayer to keep you occupied, if you can find a match that is. Not terrible, but we know the series can be way better than this.

This game doesn't feel like the next game in a long running series. This feels like a brand new game that exists only to promote the Marvel Cinematic Universe