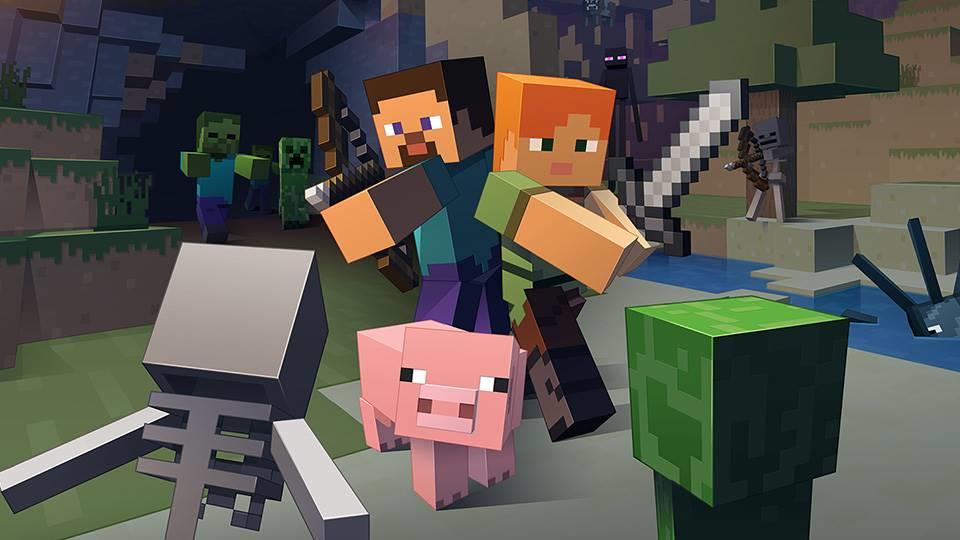 I don’t think anyone would disagree that Minecraft is a peculiar beast. It launched a scant week after Skyrim back in 2011, but its industry-changing success can be traced to how its visionary creator, Marcus “Notch” Persson, developed the game. In a stroke of genius he released alpha and beta builds of the game for free long before the game’s official 2011 release, and actively listened to his player base as he continued development. Because Minecraft has such modest system requirements, nearly anyone with a halfway decent PC or laptop can run it. A snowball effect ensued. The phrase, “If it can run Minecraft, it will run Minecraft,” was coined as a sort of modern version of, “But can it run Doom?”

As a result, Minecraft has an insanely huge player base. Notch has since left his development studio, Mojang, and passed the reigns on to Microsoft. Despite being a Microsoft property though, the software giant is wise and continues to license Minecraft to a variety of platforms, and so Minecraft’s install base continues to grow. The game is widely seen as a positive force in the gaming subculture; its emphasis on creativity and cooperative play fosters goodwill and a sense of community across a vast diversity of demographics, all brought together by their desire to build and explore Minecraft’s infinite worlds.

This is why Minecraft: New Nintendo 3DS Edition is something of an anomaly. Minecraft on 3DS is something the fan community has repeatedly asked for over the past few years. After all, the six-year-old 3DS hardware is only a few months older than the initial release build of Minecraft. The game and the 3DS practically grew up together, and the 3DS offers almost as hefty a player base as Minecraft. Unfortunately, in the immortal words of Mr. Spock, “Having is not so pleasing a thing after all as wanting. It is not logical, but is often true.” As of this writing, Minecraft on New 3DS has no multiplayer to speak of, omitting the one feature that makes Minecraft such a widespread hit in the first place. 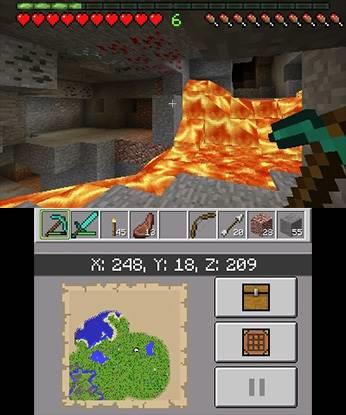 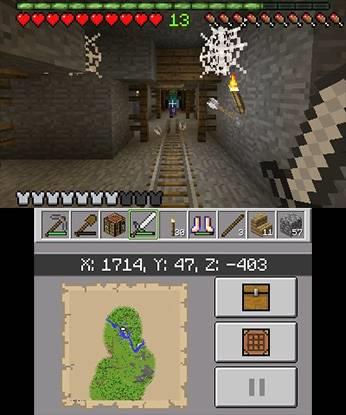 To be fair, Minecraft can have an antisocial stigma at times. Its obsessive and habit-forming focus on order can make the hours just melt away like any good sim or time management game. On a personal note, I dealt with a breakup a few years ago by constructing a miniature Dyson’s Sphere: a 3,000-meter diameter stone bubble with a tiny star in the center, and a sprawling city built across the interior surface. But it was my choice to go it solo. What if you don’t have the option to invite friends over to build out that city on the ceiling?

That’s the awkward position Minecraft New 3DS Edition finds itself in. For now, it’s a solitary experience. As a result, it won’t be getting the Better Together update that allows cross-platform play between other consoles. What’s left, in many respects, is a modified conglomeration of the mobile and console ports from last generation. Its world size is strangely bigger than the Wii U port. But like all the other console versions it’s still limited to small, medium and large pre-set sizes for its play fields. You just can’t have the functionally infinite worlds that PC players have been enjoying since the game launched six years ago. The world size is livable, but the New 3DS’s technical limitations put more strain on the experience than is ideal.

To be blunt, the game doesn’t run too well on New 3DS. If you haven’t gathered from the game’s title, it doesn’t run on older models of the 3DS at all. Even with the extra muscle and video RAM of the New 3DS (and New 2DS XL), Minecraft is still an inconsistent, sometimes choppy experience. It’s not unplayable by any means. But it feels like you’re playing on a fairly ancient computer when the game dips into sub-30fps territory. To keep the experience relatively smooth, the 3DS version is blanketed in distance fog. This makes the relatively small worlds feel even more cramped. It lends a spookier atmosphere to the game if you’re hunting for Herobrine, but it robs the game of its trademark grandeur and sense that anything is possible, like constructing Hogwarts or the USS Enterprise entirely from 1m3 blocks. 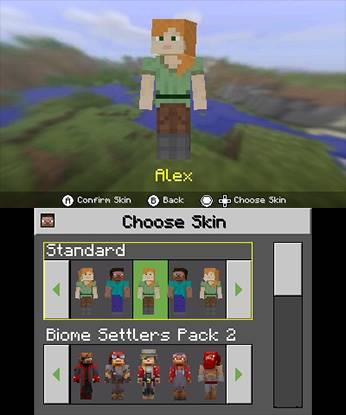 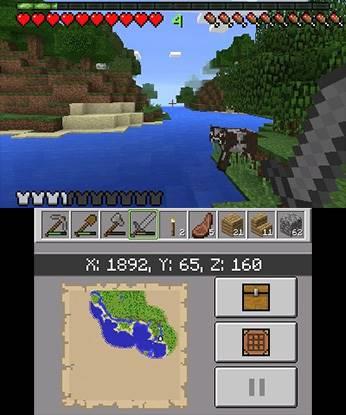 The controls are a mixed bag. On one hand you get the excellent touch screen menu controls that made the Wii U version work so well. Crafting and arranging materials in your inventory or crafting table is seamless and intuitive using a stylus, which really speeds up fabrication of complex recipes. That said, navigating a Minecraft world feels clunky using the New 3DS’s nubby C-stick. The tiny pointer nub has never been particularly well-suited to a first-person environment. At its basest level, Mincraft is a first-person adventure, ideally played with a true dual analog setup, or, best of all, a mouse and keyboard.

If Minecraft was released on 3DS a few years ago, even in a more reduced state that maybe allowed multiplayer, it would have been quite impressive. The problem is that you can get a much better, feature-complete port of Minecraft on another Nintendo portable: the Switch. It’s the same price as the 3DS version—$29.99—and it offers a much more fleshed-out experience that will even let you play with PC and Xbox gamers. I hate to say it, but Minecraft on 3DS is more of a novelty these days, or a port chosen in desperation if you don’t have anything else to play on.

It doesn’t even offer exclusive portability, as smartphones and even a midrange laptop can run Minecraft pretty well and the aforementioned Switch port is the best way to play the game on the go. Minecraft New 3DS Edition is an impressive technical feat, but its lack of multiplayer, and its stripped-down features, make it one of the least desirable versions of the game. If you want portable Minecraft, you’re much better off getting it on Switch.