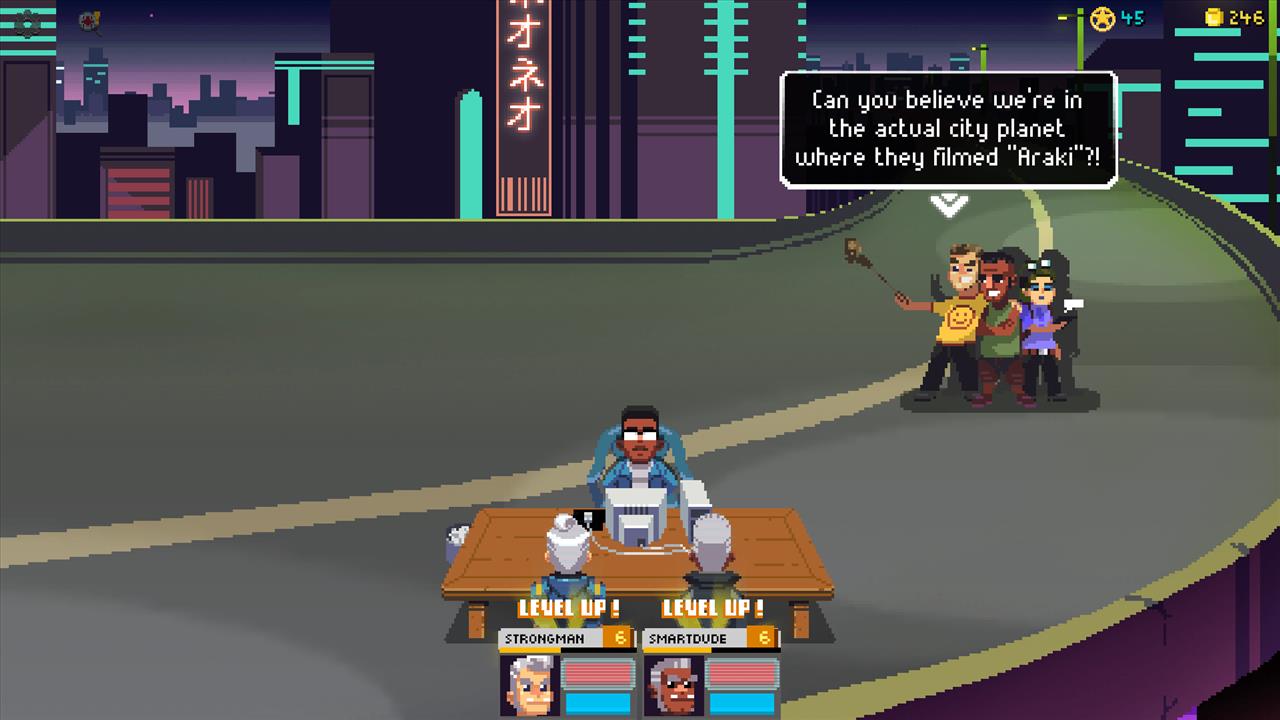 There are occasions in which I think it is only fair to present the point-of-view of the person sharing thoughts about a game. This is such an occasion. As I prepare to write a review concerning a turn-based RPG game similar in nature to the old paper and dice Dungeons and Dragons games, it should be noted that, despite the fact that those were all the rage back in the late-70’s when I was a teenager, I never played them. It’s not that I was neither geek nor nerd, for I had/have those qualities in abundance, but it was more a matter of having different interests. I had a job, and the job paid for my two very expensive hobbies: flying RC airplanes, and writing rudimentary games in BASIC on the TRS-80 Model 1 that I bought in 1977, right after they became available.

With that in mind, I am going to share my experiences and thoughts about a somewhat retro game that hearkens back to a highly respected era that I know next to nothing about. My only claim to experience in the genre is what I see on The Big Bang Theory. Based on that, I entered into this endeavor with a minimal understanding of the role of the game leader and the presence of dice as a decision-making and result-determining tool. Having played other games with a modicum of the complexities of leveling-up, choosing from the various and sundry character traits, and turn-based combat, I’m not entirely unfamiliar with the fundamental tenets of the games, but I have never experienced it in the old-fashioned way of the game master being the master of the game. If that makes any sense at all. Either way, this is the background of your reviewer. I'm approaching this with a level of nostalgia for something I never actually did.

So. This brings us to Galaxy of Pen and Paper, which has been described as “a turn-based meta RPG about a group of players rolling dice in the year 1999!” It is literally a game about playing a game. That seems almost Seinfeldian, which was in turn described as being “a show about nothing.”  That’s not an entirely fitting or apt description, though. Galaxy is a game about playing a game about space adventure. You have a team of players, each of which you craft out of a selection of traits. The size of the team varies throughout the game as other characters come and go. Naturally, each character has different strengths and weaknesses. The challenge comes from designing a set of characters that will have the best mix of traits for succeeding in the challenges of the story, without knowing what those challenges are likely to be. I opted for the maximum amount of physical strength in building my characters, my thinking being that might makes right and having a team of brutes would help me where I am traditionally weakest: battle. I don’t know if that was the correct strategy or not, but I do know that it didn’t keep me from losing battle after battle.

The look and feel of the game very much reflects the 1999 era, back when pixels were as big as overfed donkeys. I suppose that’s entertaining for people that didn’t have to actually endure years of such hideous graphics back then - perhaps it’s the very same type of faux-nostalgia that I myself admitted to a few paragraphs ago. In any event, I’m not partial to those blocky graphics. The game is also 100% reading - there is no voice acting at all. This I don’t mind so much, having endured sub-par voice overs far too often to take the risk. There are also very few character animations, but with the resolution being so low I’m not convinced that matters very much.

Physical and auditory aspects having been described in a brutally abrupt manner, we now come to the story itself. This is, of course, the very crux of these kinds of games (or so I believe), so the narrative of the story is the make or break of it all. With Galaxy, the main story is intermingled with the ‘meta’ aspects of the game about playing a game, which are the conversations between the game master and the players. It’s similar to the “4th wall” in TV and live plays; every now and then the story is interrupted by the non-story elements and it is acknowledged that there is an audience out there. In both cases, the dialogue is intended to be clever and funny, and for the most part it works. Some lines fell flat for me, but those cases may have been inside jokes that my life experiences (or life inexperiences, if that’s a thing) didn’t support. There were also quite a lot of RPG-type “should I say this, this, or this” decision points where I felt that the same outcome was going to happen no matter which option I chose. And by “quite a lot” I mean “all.” 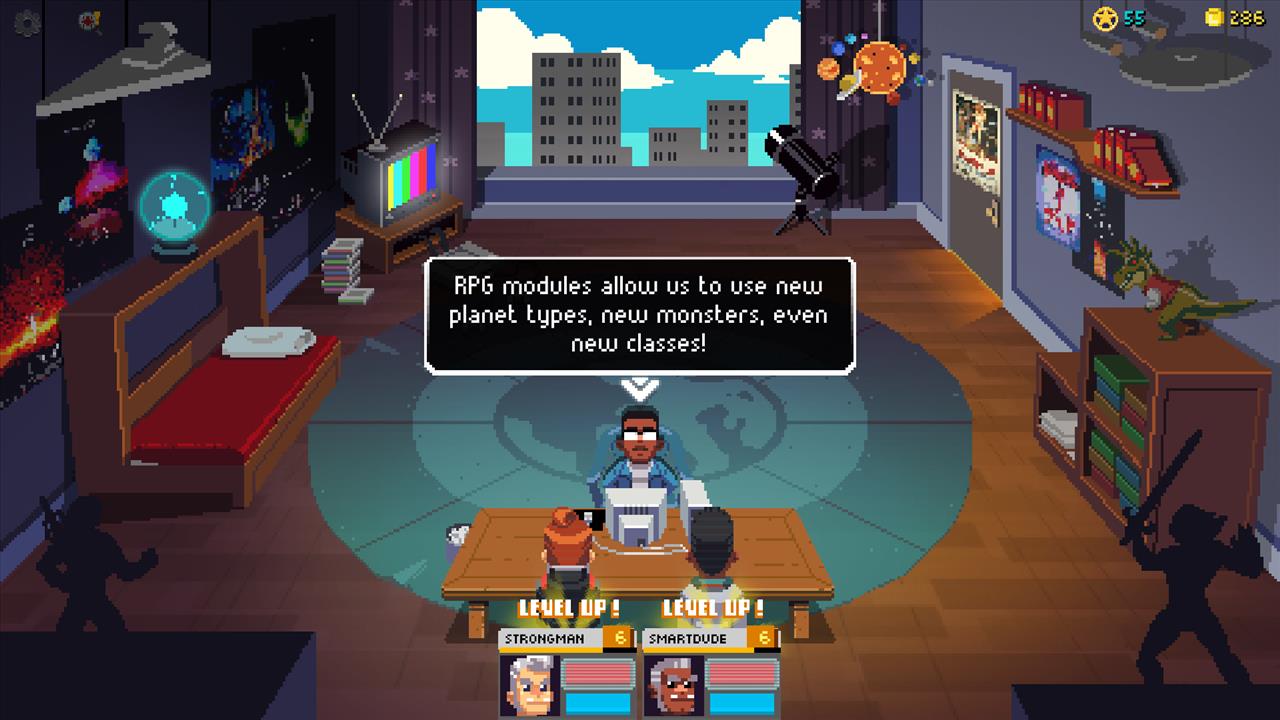 I’m sure there is a category of people that really don’t care about dialogue at all and really just want to enjoy the battle aspects of the game. I need only to look at the contemporaneous products of Hollywood to back up that allegation. I have to confess that I didn’t get much out of the battles, which is mostly because I didn’t put much into them. My basic modus operendi was to pick the attack method that promised the chance of maybe getting the most hit points on target - none of that fancy strategy stuff at all. Other things I tried besides toe-to-toe-trading-of-blows were 1) running away from the fight, and 2) trying to force the leader out from behind the minions he was taking cover behind. Both met with little success. As such, I became very dependent on the consumables that could be used to heal myself or my teammates, but unfortunately never participated in the marketing of items that would help me to acquire them. Battles, therefore, came down to simply standing in place shooting at ranks of better-equipped soldiers. There’s a history lesson in there somewhere; it reminded me of movies wherein stodgy British troops practicing obsolete tactics would stand in ranks being hammered by revolutionaries that had picked up on the idea of guerrilla warfare.

I was playing the part of the British.

At the end of the day, the question comes down to whether I think you will enjoy this game. My highly equivocal and certainly disappointing answer is “maybe.” I believe that it will depend on what you’re looking for - if you are nostalgic for the days when you could sit around for hours concentrating on maximizing the strengths of your characters and developing an encyclopedic knowledge of the arcane/esoteric spells, charms, artifacts, talismans, weapons both natural and magical, and defenses required to fulfill your request, then you will likely enjoy this game. If you feel like you missed out on all of that and would like to get a taste of which without being overwhelmed by complexity? Same answer. If you’re looking for fast-twitch combat and visceral modern graphics, then I would have to say no. 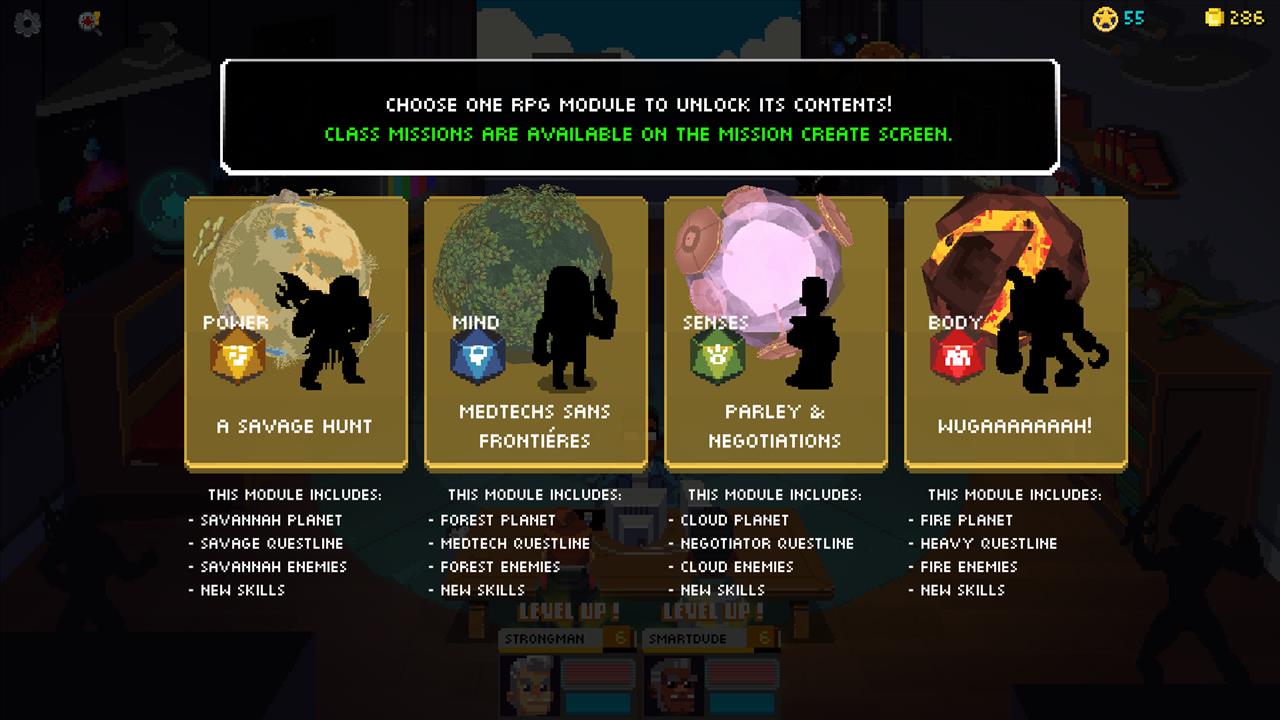 Personally, I fell into the middle category. I enjoyed the experience, but I found parts of it to be repetitive, confusing, and frustrating. The latter of those, the frustration, was due to a bug that I reported and was assured would be fixed in the next update, so take that one with a grain of salt.

Galaxy of Pen and Paper hearkens back to a more manual style of game play that has aged well, but requires a more patient set of players than most games today. The writing is imaginative, and it seems a good introduction to the genre, but the graphics may be off-putting to those that enjoy more realistic renderings.