The Pikmin series has never really been my thing. Real time strategy ranks up there with my least-favorite game genres, and when the first Pikmin game arrived way back in 2001, it felt like another weird, experimental blunder Nintendo was making with the floundering GameCube, at least to 15-year-old me. I don’t hate the Pikmin games, but I don’t pine after new releases the way the series’ dedicated fanbase does. That makes reviewing Hey! Pikmin tricky—it’s a spinoff that is guaranteed to disappoint longtime fans hungry for a new real-time strategy-style entry, but for me at least, it’s an intriguing take on the now long-running IP.

I liked Pikmin 3 on Wii U just fine, but to see the formula shaken up so much is pretty intriguing, even if it might seem like sacrilege to the series faithful. Let’s get the painful news out of the way first: Hey! Pikmin is not an RTS in any way, shape or form. Instead, it’s a 2D platformer-adventure that takes mainstay elements from the Pikmin series and uses them in clever new ways, adapting the series to quick, bite-sized play better suited to the portable 3DS. In this regard it transforms the long-standing Pikmin gameplay into a refreshing but respectful new entry; if you have an open mind, there’s a lot to like here. It certainly isn’t a tone-deaf chop job like the much-maligned Metroid Prime: Federation Force.

The story, at least, is a familiar one. Captain Olimar is on the last leg of another interplanetary shipping run, missing his family, when something goes wrong with his spaceship, the S.S. Dolphin II, and he crash lands on an uncharted alien planet. His obnoxiously cheerful ship computer informs Olimar that the Dolphin II sprang a leak in its fuel tank, and, as a result, its entire supply of vital Sparklium fuel is depleted. Luckily the alien planet contains a natural source of Sparklium, but it’s going to be backbreaking work to collect the eye-watering 30,000 Sparklium needed to get back into space.

Despite this steep order, Hey! Pikmin does not have the trademark urgency and time constraints that the series is known for. There is no pressing timetable or dwindling food supplies; the game is broken up into short, sweet, 2D side-scrolling levels which Olimar can explore at his leisure. He soon discovers that this mysterious planet is host to the same Pikmin plant creatures he has encountered so many times before. While collecting as many Pikmin as possible is still important, this time they aren’t stored in a “Pikmin bank” so to speak, but take up residence in a plot of land called the Pikmin Park. 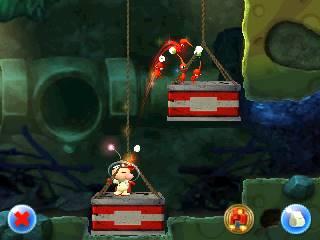 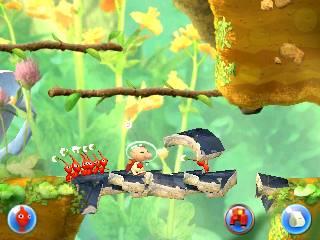 Every Pikmin you collect stays in the park—you can’t check an allotment out at the beginning of each level, the way you would assemble a herd of Pikmin at the beginning of each day in previous games. Instead, the Pikmin in the park explore various areas for treasure and Sparklium, forging ahead across elemental barriers based on their color and type. This also means that you start every level completely alone; you must collect Pikmin as you go and do your best to preserve as many as possible.

I admit this chafed me at first, but I quickly discovered that things were not so dire. Every level has spawn points where you can gather the bare minimum quantity of Pikmin necessary to complete the level, if not collect all of the level’s treasures and secrets. This way you can always finish a level, even if your herd keeps getting lost/drowned/eaten, but accumulating Pikmin is still vital to exploring the park and nabbing those secret items, which are worth a lot of Sparklium.

Unfortunately many of the strategy elements from the previous games have been trimmed; the Pikmin are less of a mass fighting force and more of a tool, item or powerup for Olimar to use as he makes his way through each level. Getting a lot of them makes the going easier, but you won’t be multitasking, managing time or devising the best plan of attack against big, scary wildlife. Instead, Hey! Pikmin levels are constructed around relatively simple environmental puzzles, hazards and branching pathways. 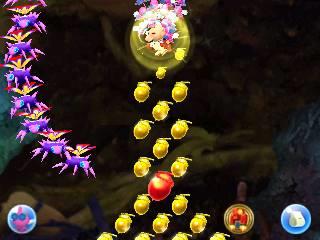 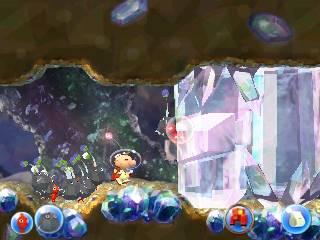 Olimar isn’t the most mobile of heroes; he can’t even jump, but can hover for a short time with his jetpack. However, he can toss Pikmin at out-of-reach areas or throw them at hostile animals. When going up against the bigger monsters I sometimes got that same victory rush as I did back in the old games, throwing dozens of Pikmin to mob and bring down giant grubdogs or towering sea slugs. That said, most of Hey! Pikmin is about shuttling your herd past obstacles, nabbing seemingly unreachable treasures, and collecting as many Sparklium seeds as you can along the way.

There’s still a healthy variety of Pikmin to deal with different jobs and obstacles. Red Pikmin are immune to fire, yellow to electricity, blue can swim, flyers can float to hard-to-reach locations, and rock Pikmin pack a mean punch and are handy when a lot of weight is required. As you gather more of each type you can explore more and more of Pikmin Park, netting bigger rewards and Sparklium deposits in the process. The series’ trademark innocent humor is in fine form, with Olimar still giving amusingly appropriate names to every treasure he finds, along with poignant personal anecdotes. Even if it doesn’t play the same as its predecessors, this is still a Pikmin game in heart and soul.

If you haven’t already guessed, however, Hey! Pikmin is not especially difficult. Not that the Pikmin series is notoriously hard—these aren’t Starcraft or Grey Goo, after all—but all three previous Pikmin games were surprisingly challenging in their own way. Hey! Pikmin clearly skews toward younger players though, as it’s more of an introduction to the series’ style and a handful of its mechanics and gameplay concepts. 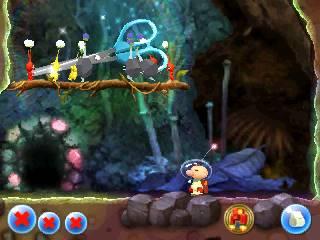 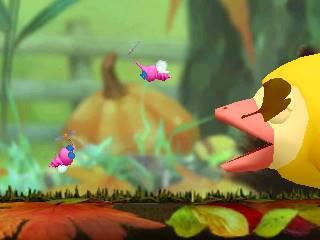 And to be honest, that’s fine. I understand being disappointed, and waiting for what seems like forever for a new entry in your favorite series. Heck, I just about broke down into joyful tears when Nintendo announced Metroid Prime 4 and Samus Returns at E3 last month. But Pikmin 4 is still in the works for Nintendo Switch, and in the meantime, Hey! Pikmin maintains the quality, spirit and evocative production values of its forebears. It’s a fine little spinoff, and while the 3DS hardware could honestly be leveraged more effectively to bring the full gameplay of the Pikmin series on the go, Hey! Pikmin distills the essence of the series into something altogether different, yet still familiar.

So should you get it? Well, if what you really want is another true RTS entry in the Pikmin series, probably not. Unfortunately you’ll have to wait for true portable Pikmin on Nintendo Switch. But if you’re missing Pikmin’s unique charm, if you’re curious to try an undeniably unique 2D adventure, or of you’d just like something new and different to play on your 3DS, then Hey! Pikmin fits the bill.

Hey! Pikmin is a radical shift for Nintendo’s quirky RTS series. It changes or eschews many of the series’ longtime mechanics in favor of a 2D platformer-adventure. Longtime fans might be disappointed, but Hey! Pikmin has the same charm and quality that garnered the original games a cult following—just in a more accessible, bite-sized form factor this time.