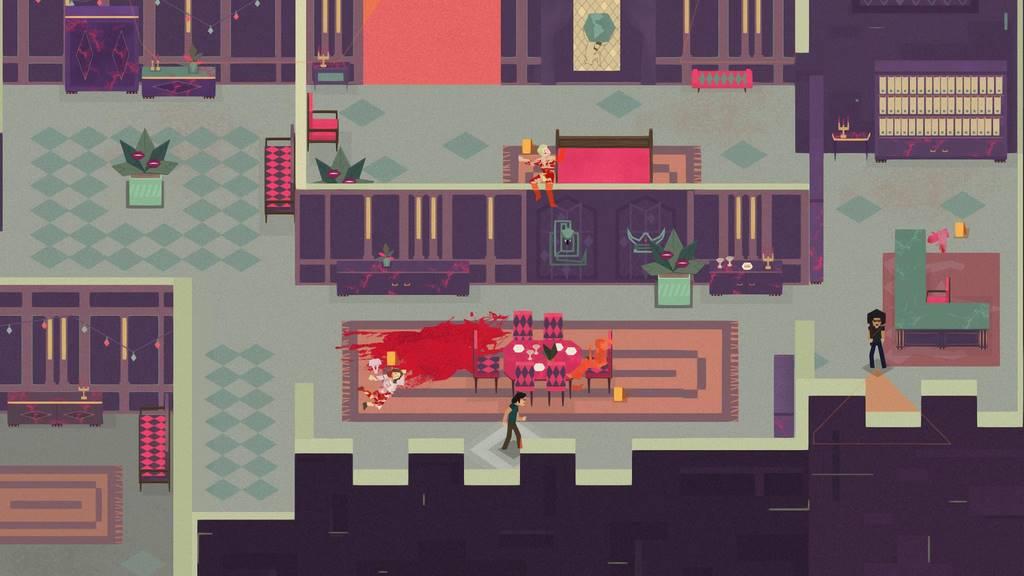 Written by Randy Kalista on 8/4/2017 for PC
More On: Serial Cleaner

Your name is Bob Leaner. You’re the Serial Cleaner. The Mafia calls you when there are dead bodies to dispose of and evidence to clean up. You’re an easy-going “The Wolf” from Pulp Fiction, or a mustachioed Viscera Cleanup Detail janitor. Armed with a trusty vacuum and endless body bags, you sneak through murder scenes, dodging the cops, and erasing any blood-spattered evidence the Mob left spilled on the floor. And trust me, there’s plenty of blood to clean up. But that’s what they pay you for. That’s your eight-to-five.

But that’s not all you are. You’re also Bob Leaner the loving son and avid boxing fan. Bob Leaner, the guy that will fix his mother a quick bite to eat before skirting off in his wood-paneled station wagon. Bob Leaner, the man that always has a minute to find something good for his mom to watch on TV, or to pick up the paper and skim the headlines.

The Serial Cleaner is a stealth puzzler. From a bird’s eye view, you scan the map for the bodies (to dispose of), the blood (to clean up), and the bushes (to hide in). There’s, of course, the five-oh patrols to observe, too. Each police officer walks around with a sharply defined cone of view and a billy club. If they spot you their cone turns red, and they start hoofing it after you. You’ll have plenty of close calls, but make no mistake, you’re a one-hit wonder and the level starts over immediately if you catch a nightstick across the back of your head. When the level restarts, the bodies and evidence will be in different locations. This creates a hiccup in the restarting process and makes you pull the camera back, find out where you’re sneaking to this time, and let out an exasperated sigh.

It always starts with a phone call. You run for the phone. On the other end of the line is someone handing you the only details a Serial Cleaner needs to know: How many bodies and how many pieces of evidence to make disappear. At that point, there’s usually a snippet of something to catch on the radio, a snippet of something to catch on TV, a short and sweet exchange with your mother, a relevant headline on the newspaper sitting on the porch, and then it’s time to get into your car for the job. Arriving on the perimeter of the scene, you scope the layout. Spotting a donut-holding cop, you slip behind a fence and wait for the cop to turn away. He does, and you slide past, your footsteps always tapping out a diamond-shaped soundwave around you, but you stay out of hearing range of donut cop. You move past him, snagging the murder weapon that’s (always) left behind. For some reason, you think it’s a good idea to collect murder weapons and display them in one of your rooms back home. Hope that doesn’t come back to haunt you. Donut cop notices something missing the next time he looks toward the now-missing weapon. He comes over with a “Huh?” expression, but you’ve already moved on. Next, you slip inside a room with the first body lying in the middle of the floor, a beautiful spray of blood canvassing the place. There’s a patrolling cop that you’ll have to watch out for, but your vacuum, while loud, isn’t loud enough to alert the patroller. You sweep back and forth, leaving a clean swatch of ground where there used to be a bloody Jackson Pollock painting. You don’t have to clean up 100 percent of the blood at the scene, but you have to get a good percentage of it. You snatch the body and, a little slower now, make your way back to the body disposal point, usually the trunk of your woody wagon. You make it back safely and toss the body in the trunk with a satisfying thump. One down, two to go. You retrace your steps to the next body lying further into the scene, or take a separate route to a body lying in a different direction.

There’s more to it than that, but it sticks closely to that simple premise. That doesn’t mean it’s easy, though.

Serial Cleaner casts the illusion of being a Hotline Miami-alike, but Serial Cleaner never quite achieves that same breakneck urgency, personal violence, or surreal cool. It’s more stutter-stop in its action, and it’s warmly written segments start to sound recycled, even as bits of the story seem to build—too slowly—into a Son of Sam serial killer scenario. 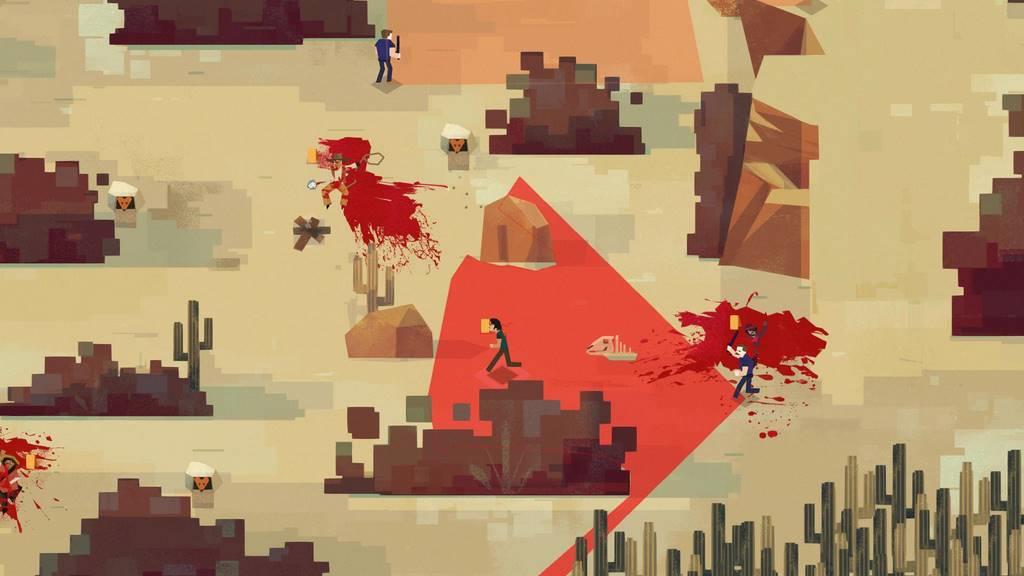 The world is drawn up like a modern ‘70s illustration. Squared-off angles and sharp lines make up the floor plans you have to wind through, while jaunty police officers patrol the scene, back and forth, or along patrol routes. Each room is a puzzle to solve, with the cops’ field of view trying to catch you behind that sofa or around the corner. If they spot you, it’s often over very quickly. You can duck into some bushes, or into a closet, or into a set of empty barrels. All is not lost if you’re spotted—and you can even hide when they’re within inches of catching you—but the cops are fast, and your loping sprint isn’t always enough to get you back to safety.

There’s no negotiating with the cops. If you’re caught, you’re done. Or rather, your level is rebooted. It’s usually stealth or die. Remember, you’re the Serial Cleaner. You’re not a killer. You might pick up a gun, or an axe, or a hammer, but it’s not for you to use. Your only weapon is to not get caught.

You’re not a violent man. In fact, you have personal lines that you don’t like to see crossed when it comes to violence. But you’re also someone accustomed to murderous aftermaths. You’re someone who doesn’t get shaken up when they see a little blood. You’re Bob Leaner. This is what you do.

I wish I liked Serial Cleaner more than I do. But the levels get tough, and the storyline, while consistently handed out in measured bits and pieces, never gives me much motivation to press on. Despite Bob Leaner’s unique role in the criminal underworld, I wasn’t surprised by anything happening, and it’s usually pretty easy to surprise me. And when I’d finally beat a level after having been caught for the eighth, ninth, tenth time, it rarely felt victorious. It felt tiring. I usually felt some sort of relief, but that’s not saying much. I would just rather have Bob Leaner ignore his phone and sit this one out.

While groovy from its soundtrack to its illustrated style, Serial Cleaner’s ‘70s ‘stache and sharply defined stealth-action is often tiring. I’d rather have somebody else clean this up.