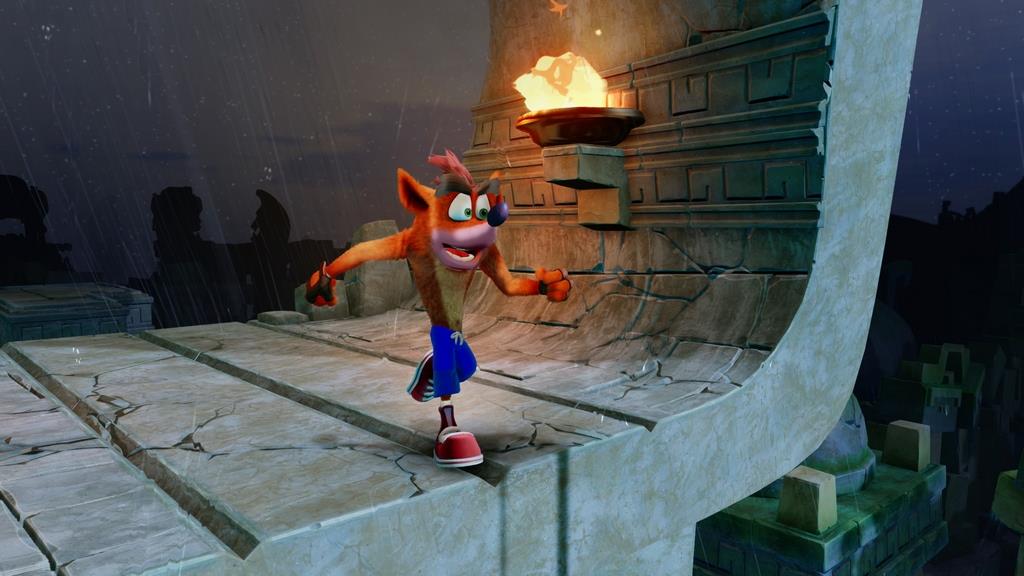 Written by Nicholas Leon on 7/6/2017 for PS4
More On: Crash Bandicoot N.Sane Trilogy

Crash Bandicoot N. Sane Trilogy is a tough pill to swallow. The most recent iteration of the character—along with his nemesis, Cortex—before this was a Skylanders’ toys-to-life model. And before that, it was a racing game for mobile platforms in 2010. This is the third time this year in which I’ve encountered a resurgence of older games on modern consoles. The first, Dragon Quest VIII, was a game I reviewed on the Nintendo 3DS early this year. That game translated well to today’s gaming world, because the mechanics that made it work are still in use today. And then, there was Yooka-Laylee, a shallow experience that relied almost entirely on nostalgia for old-school 3D platformers that barely lived up to its spiritual predecessors’ quality.

And now, we have Crash Bandicoot N. Sane Trilogy. While playing this game, it is clear to me why Crash has fizzled out and Mario and Sonic prevailed. That’s not to say that there haven’t been failures in either of those franchises, but there have been some resounding successes over the years. But what those franchises recognized is that there were elements of their respective series that needed to change, that were outdated, and the developers responded accordingly.

It’s fascinating to see the changes enacted throughout each of the games in the trilogy. From the blindsiding platforming of the first game, to the more literally straightforward mode of the second, to the creative exhaustion that plagues the third. Each game has its own unique voice, and the influence of the first entry bleeds through the rest of the trilogy, by the end, you really are playing three very different games.

I remember playing the Crash games when I was younger, but my memory is vague. I know that my cousins and friends had PS2s, unlike me, and that they had this little game where you played as an orange fox-looking thing fighting against very cartoony villains. I probably had fun with it. My newest encounter with Crash actually came a few weeks ago with Uncharted 4, which was developed by Naughty Dog, the first handlers of the Crash series. The game worked on the old-school D-pad control scheme. Seeing that pretty much every game I’ve ever played used the analog control sticks, it shouldn’t have been a surprise when I didn’t beat the level.

What did surprise me, though, was how the game translated to this modern era. It’s hard. Very hard. I haven’t played the Souls games, but I would imagine Crash could fit easily into that universe, and I’m not kidding. 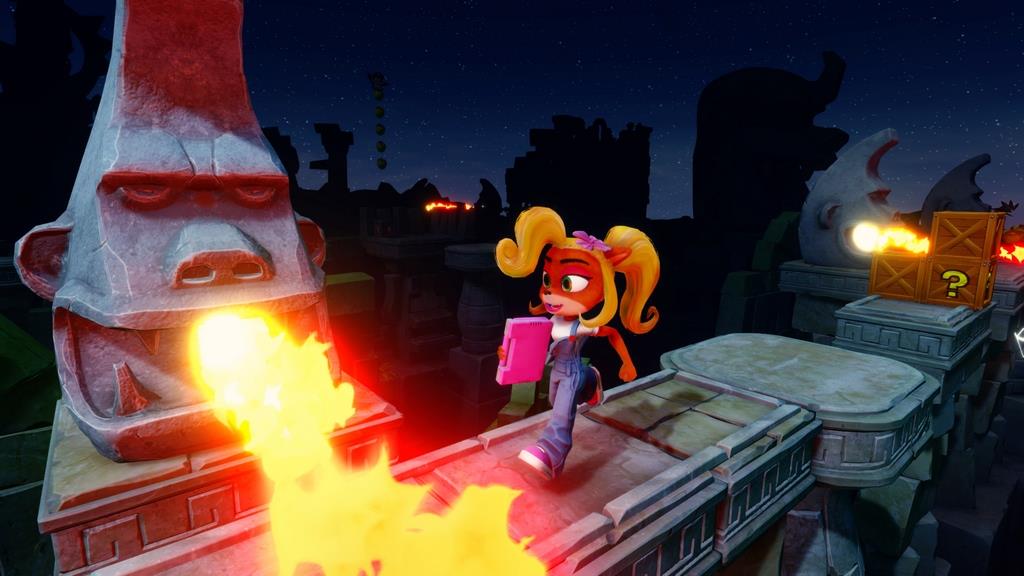 The degree of punishment decreases with each game in the trilogy. The first, being the most unforgiving, is packed with ledges hidden by walls that drop the player into nothingness. Enemies in the second entry parallel the player’s movements, forcing them to retreat to the sides and jump or spin at the last minute so that they can barely escape it. The third entry combines these, but I’ve found that the enemies are either static, or stick to patrol routes.

Unlike the difficulty, however, the amount of story that is important to the games increases with each. In Crash Bandicoot, the player just needs to hop through the predictably unpredictable obstacles and compensate for space and pace to rescue Crash’s girlfriend, Tawna. It’s a by the books, simple yet challenging platformer that tries to follow in the footsteps of Super Mario 64, a game that had come out just under three months prior to it.

The second one is probably the peak of the trilogy in terms of the amount of story threads that intertwine with the content. What I don’t know is that whether these story threads are new or old. Either way, they make for an excellent reason to delve further into the game—whether it’s to redo missions so that players can get all the white gems from smashing all the boxes, or secret routes in the levels. 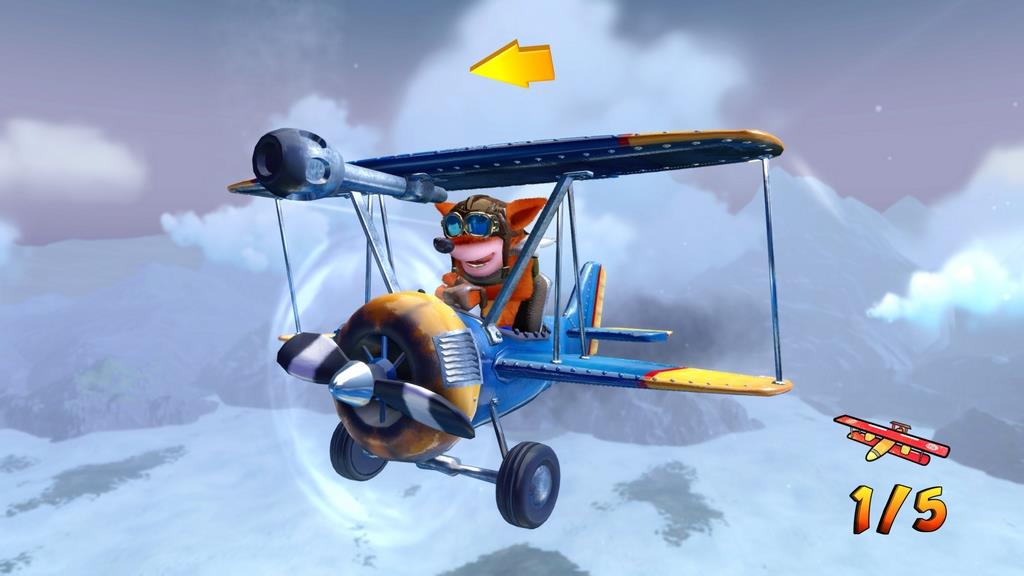 The third, however, is a mixed bag, and it’s all too easy to see much too early in the game. The story feels like a last trick up the writer’s sleeve, and although it fits in the overall story arc of the trilogy, its execution feels less memorable than even the first.

The major positives of the game include the graphics and its minute details, as well as the game’s approach and voice acting. As I said earlier, this a complete overhaul of the nearly twenty-one-year-old series. The look of this game drops it right at home in this decade, making it seem as if it could have dropped on the market as a brand-new title. Instead of bland polygons showing the illusion of crumbling ancient stone platforms, players can now see nearly every detailed crack in them. Individual strands of moss are just barely visible, giving a great approach to a more realistic setting.

And, speaking of approach, the charm that is Crash Bandicoot is still there, and fresh as ever. Crash grunts and yelps, but never says a word, leaving only his wild personality to shine through in the levels. And really, players don’t need anything besides that in the main character, especially for something as barebones as this. So, the void that is Crash’s personality is filled primarily by Dr. Cortex and Coco in the second game, but sinks again in the third. The voice acting for Dr. Cortex is suitably over-the-top, but I wish he was in there more, interacting with the player more than in just his hologram head form. And then, of course, there’s Coco. She’s playable across all games, and although it’s only a superficial addition to the game, it is welcome and refreshing nonetheless. And of course there are the tiny touches of character that come from the game’s bosses. Again, with each game, their characterization and reason for being in the game, increases, culminating this time in the third game, rather than the second. 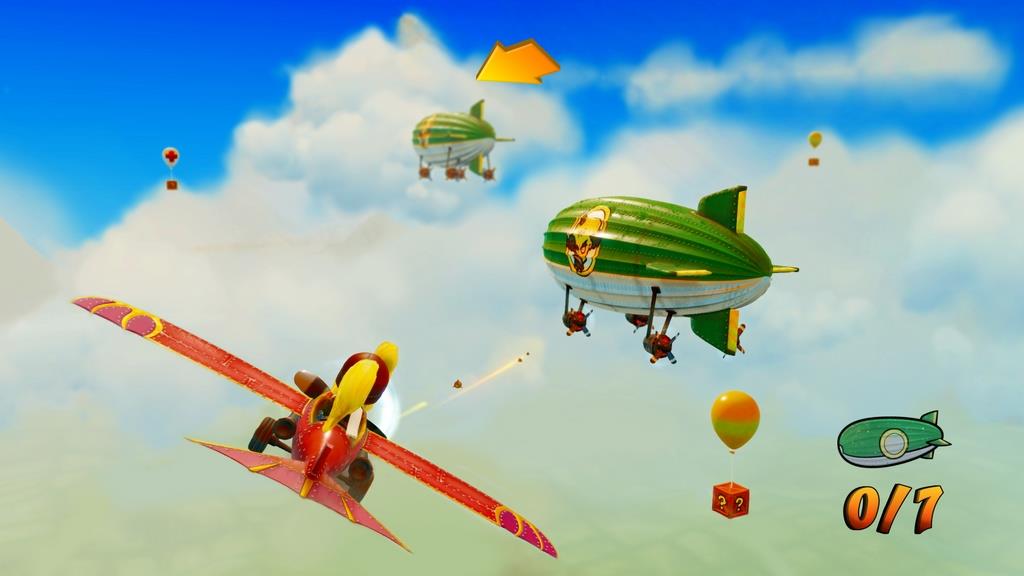 So, story beats or lack thereof aside, the real bacon here is the gameplay. Crash Bandicoot N. Sane Trilogy, is, above all, one giant platformer. Of course there are other aspects, such as racing on cute polar bears or jaguars or motorcycles, but throughout all of it threads that sweet 90’s platforming. Well, that platforming has just the slightest bitterness to it.

Crash Bandicoot’s is the most rudimentary of the bunch. Simplistic, calculating, and punishing, it’s the one that has aged the most. The player dodges the giant wheels, does their absolute best to pounce on the monster flowers, jump off the crumbling tower on the jungle-water levels, or something similar in their race to the end. The bosses are simple. The player waits until the boss tires after their attack, and then jumps on them. The only thing that varies are the bosses’ attacks and the locales they call home. I got the sense that the bosses were only there to fill space, which isn’t necessarily a bad thing. But since they are on Cortex’s private Wumpa islands, I suppose they make sense as his lackies.

Two last things about this first game’s platforming. The first is this: don’t be surprised if you get to a part of any particular level, and then, by some mistake or stubborn enemy, find yourself dying over and over again. It’s going to happen. It’s frustrating, but eventually you’ll get passed it. Another is a glitch, which negatively impacted my playthrough, as it affected how I played. It happens when Crash lands with both feet on a ledge, and then he can only move left and right on that ledge, and it’s more than likely that he’ll fall off, costing the player a life. I have no doubt that this will be fixed, and I have only encountered it in the first game, but boy was it troublesome. 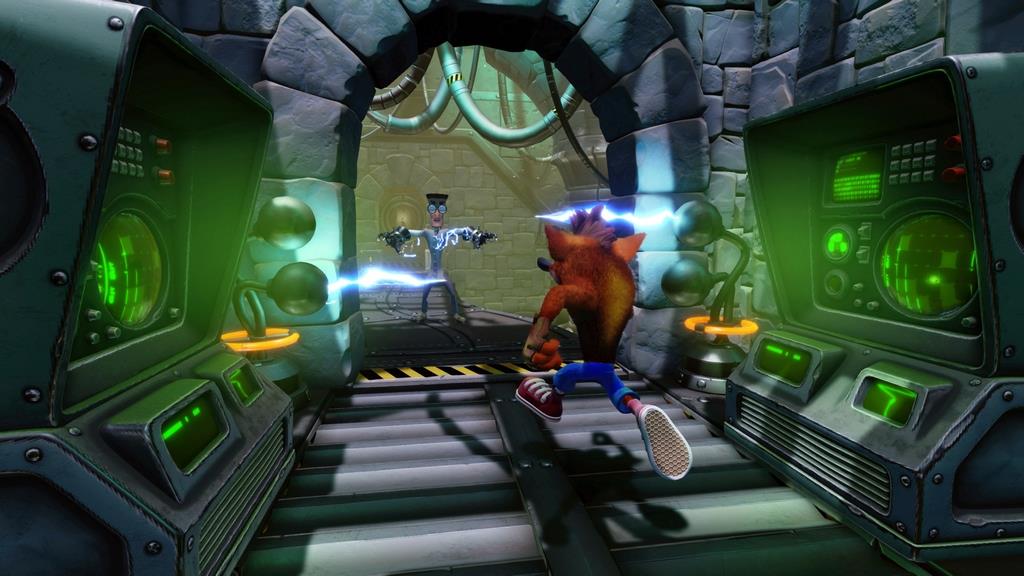 Cortex Strikes Back refines the series’ difficulty while still keeping things challenging. Here is where the most original levels are. We go from jungles to temples to underwater labs to frozen canyons. It’s a blast (from the past). I actually started it before I was done playing the first, so I didn’t have enough a feel with either to fully differentiate between them, and as a result, Crash 2 felt a lot like Crash 1. But that is not the case at all. This game made me want to go the extra mile so I could collect the extra gems in order to fulfill a storyline or find secret pathways that led to other levels within a level. The timing to pounce on enemies and jump obstacles doesn’t feel so rushed, but almost perfectly timed. It feels good to finish a level, rather than exhausting, like in the first game. Unlike Crash Bandicoot, Cortex Strikes Back works with the player, challenging them with newer, streamlined mechanics while still keeping things challenging.

The disappointing sibling of this bunch is Crash Bandicoot: Warped, and that’s unfortunate. I also started this game out of sequence, and I was lucky in doing that, because it is the easiest entry in the series. There are barely any bottomless pits for Crash to fall down, and the levels are a whole lot easier to get through in one piece. The creative hook is that Crash must gather all those darn crystals again, but through time! That first group of levels is where the magic happens. The player races down a medieval course tingling with all the signature Crash enemies and obstacles. The bonus levels are easier, providing for a more fulfilling playthrough. And then the same levels happen over and over again. They are copied and pasted onto each subsequent group of courses. Not even the boss fights change. The creative juices run out on this one, and it is a sad sight to behold. Two new types of levels are introduced in Warped: underwater scuba diving, and motorcycle racing. Crash’s handling is poor in both. For the scuba, he floats just a little too close for comfort when left idle, and the motorcycle levels, while precursors to Crash’s racing series, are very rough beginnings.

Playing through this trilogy made it clear to me why the Crash series burned out. It failed to reinvent itself. It budged only a little bit on its mechanics, and never embraced anything that fused the old with the new. That’s not to say that it fails overall, however. There are hits and misses here, but it’s a worthwhile experience. It works. It’s challenging, it’s frustrating, and sometimes, fun.

A solid remake that shows the highs and lows of the Crash franchise.