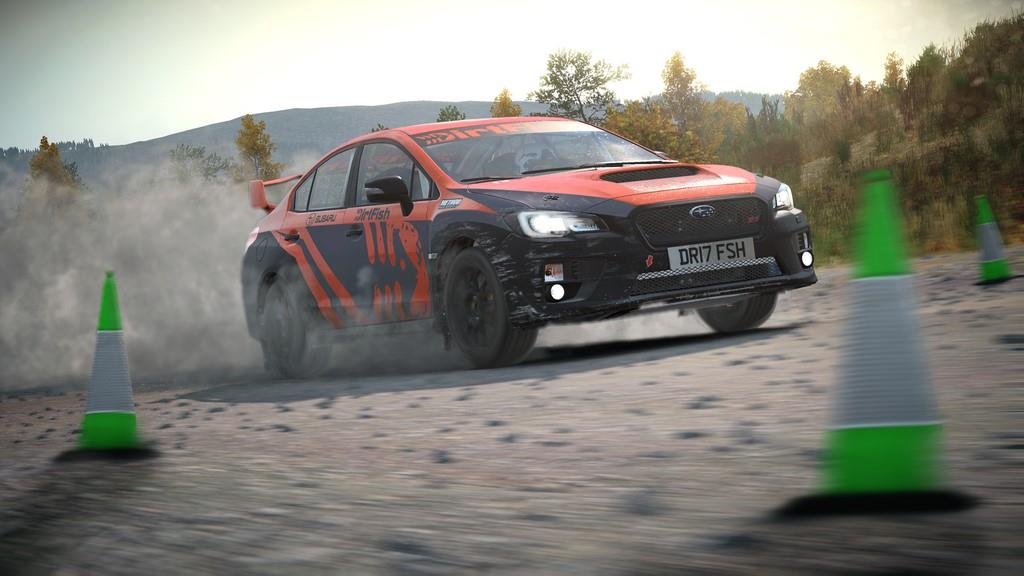 Over the years, and I mean a lot of years (back to Test Drive in 1990), I have played dozens of driving games over many types of terrain. My first delving into Codemasters was Grid. Sitting down in the cockpit of a prototype Mustang GT racer was almost as adrenaline-rushing as the actual driving of the car. Sprinting around the first turn, you could almost feel the tires hit every inch of the track. I also remember my first big wreck. The screen flashes white and the loudest slam I’ve heard in a car simulation makes you jump in your seat. Those memories will be with me for a lifetime, but after a small Codemasters hiatus, I heard of a new dirt racing game that looked very promising. I decided to buckle up.

The first race you jump into is a simple rally run where you race against opponents’ times but not against other vehicles. Tearing my Focus race car down a path that’s only slightly bigger than a car width, the scenery passes at a startling rate. I’ve raced LeMans Prototypes and this felt every bit as seat-of-the-pants due to the thin tracks and sharp cornering. After the first race or two the graphics start to pop out and grab you. The dirt and gravel flying up as you go through a curve is like watching a real rally race. The sounds match the circumstances very well and just wait until you drive through a water hazard.

Now something that Grid and Dirt fans have sampled that other simulators typically don’t give you is the use of driver partners to help with the race. For track races, there will be someone who will let you know which side to pass, your position in the race, and other info. For the rally races, there is a co-pilot that will call out the layout of the course from corner to corner. Using a 1-6 rating system where 1 is the tightest turn, the passenger will call out two to three turns ahead so you can pre-judge the next move and at which speed. 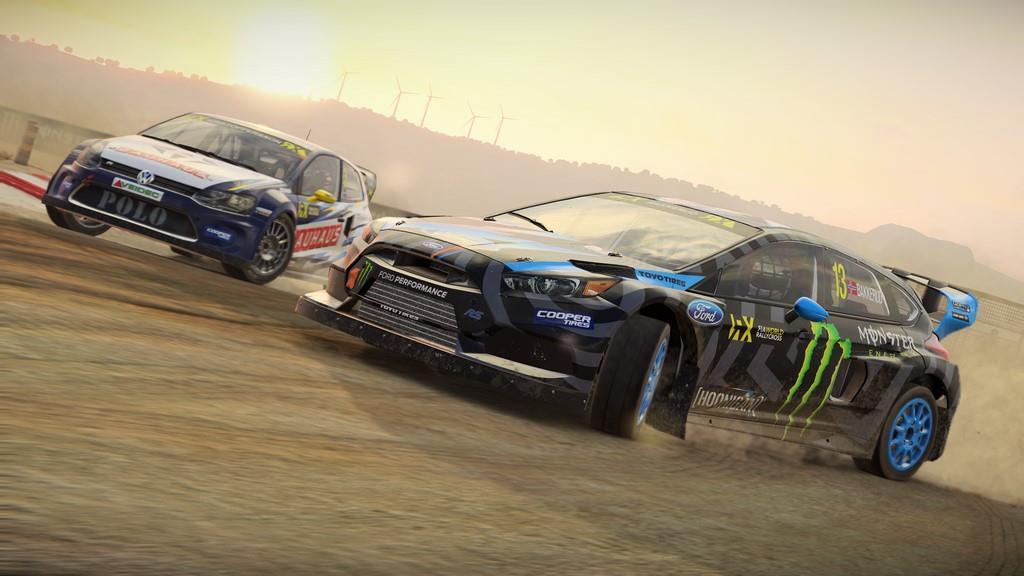 However, with all the options Dirt 4 has, you can very easily make the game as difficult or simplistic as you want. My setup was fairly challenging with a difficulty level of 78 or 79 percent. The way you fix that is through an easy-to-follow menu that allows you to adjust everything from traction control to launch control (which I found was completely unnecessary). Want to work with gearing? No Prob. Suspension tweaking? It’s there. Want to absolutely do nothing but race? You can do that, too.

The career is also very rewarding and is one of the ways that Dirt 4 separates itself from the other simulators out there. The career is linear but allows you to add whatever you want and forget the rest. You are able to customize your team from stem to stern. Hire and fire both employees and sponsors to better your winnings. Match your favorite sports team’s colors for all your cars in your stable. Your choices will change the way that your team performs—which changes your money intake—which changes what cars you can buy—and so on. Whether you remove the kid gloves and become a crazy driver that can beat the competition by 20 seconds each race, or just perform enough to keep the game moving, the game plays the way you want to. The best thing about the choices is that you can choose to skip races if you are having trouble by just placing last and getting it over with. The game continues either way and if you’re having fun, then what does it matter? 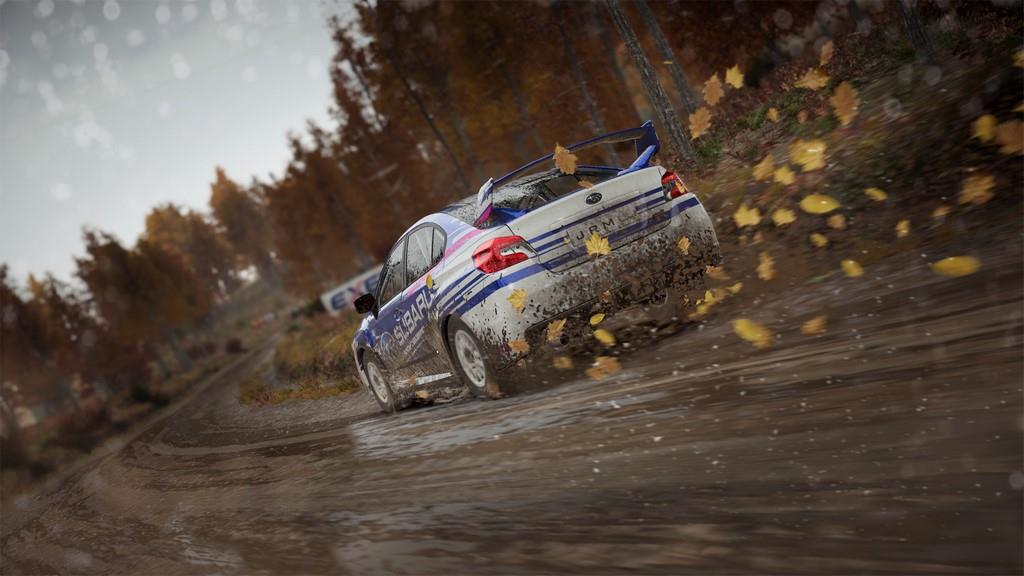 Variety is another positive to the game. There are plenty of cars and car types to keep the scenery changing. There are the usual Focuses and Imprezas that run smooth and handle fantastically, and then you can hop into a dirt truck race that is so bare-bones that the truck has no instrumentation at all. If you get tired of a type of race, just go to another category and do something different. Each category has percentages of completion, but none of them have to be completed “first” or all at once. There is no calendar to hold you to course, and there isn’t a set race you have to run at a certain time, with the exception of the beginning race.

The music is also very good. There are games (I’m looking at you Forza 5) where the music is so lousy that it makes the game harder to enjoy. This game incorporates decent melodies in the background for some menus and then gives you artists like Queens of the Stone Age and Pompeii for others. It is actually a good mix that allows you to get some popular music but doesn’t play them constantly over and over again like sports games usually do.

Free play is a good way to practice tracks anytime you want to, but I found out the hard way that it can count against your career. I let my son play a few rounds (finishing 20th, 22nd, and 16th) and by the time he was done, I'd finished 9th and lost three sponsors. The multiplayer should be a mix of time trial shootouts, and hair-on-fire track races. Look for a multiplayer update very soon.

Now all of this driving excitement isn’t without a couple of shortcomings. The difficulty of some races versus others is a little further apart than it should be. It can even be a bit hokey when comparing races in the same four-race challenge. I had a truck race that could not get better than 8th (I had mostly 1st place finishes) and then the next truck race—in the rain and mud—I ended up lapping three cars before the end. Another thing that seems calibrated poorly is the repair system. I liked the idea of checking off what needs to be fixed between rounds, but the scale is almost useless. There is a bar that penalizes you for taking too long to repair the car (above X minutes) and with a lot of crashes, I’ve never gotten a third of the way toward the penalty. As far as little issues, I had a glitch where the car wouldn’t stop; a few times where an opponent vehicle would get stuck and not move for the remainder of the race; and a time or two where the environment creeped in further than it looked like it would.

After nitpicking the small things here and there, you have got a game that is easy to pick up and use; gives a lot of room for customizing; gives you a great set of different cars, trucks, and karts to use; and does it with Codemaster’s brilliant realism that is as good as it gets.

After almost a year of waiting for the right simulation racing game to come around, Dirt 4 has me zoned-in for the duration.