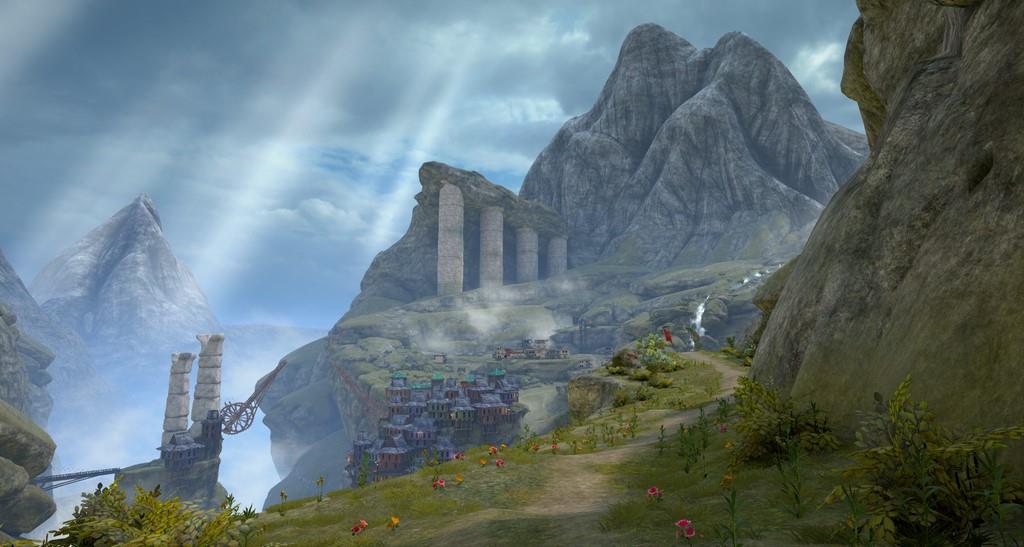 Written by Kinsey Danzis on 6/1/2017 for PC
More On: Empathy Path of Whispers

It’s always dangerous for a video game to aim high, because there’s always the huge possibility of falling short. Of course, that’s not to say developers shouldn’t do it; if no one aims high, nothing gets accomplished, and the video game industry will never see innovation. Exploration games in particular have a rough time on the gaming scene, especially since they’re often hailed by critics as “walking simulators.” Indie developer Pixel Night, with their title Empathy: Path of Whispers, is clearly aiming to expand the boundaries of gaming, especially first-person exploration and narrative delivery. Though it has all the potential in the world and they should be commended for their attempt to redefine genre, the game itself lacks luster, turning what could have been a wonderfully innovative take on the exploration genre into a walking, scanning, and listening simulator.

In the beginning, the screen fades into a hallway, leading to a room with some form of control panel. Someone is talking in your ear. His voice is calm, reassuring even, as he directs you to pick up a strange device and press a red button on the control panel. (This device, some sort of scanner, is the most central part of the game, and we’ll get to that later.) With nothing else to do, you press the button, and it rapidly becomes clear that its effects are not what the strange voice intended. Something goes wrong. You fade. You wake up once again. You’re in a house. You have no idea what’s happening.

Sadly, this confusion continues throughout the game, though nowhere near as fast paced as the first five minutes or so. Dropping a player in medias res is usually a great strategy for making a game steer clear of a plodding plot. Empathy: Path of Whispers, however, takes this a little too far, barely giving players a sense of what’s happening at all. While playing, I kept expecting that everything would clear up around this corner—no, maybe around this next bend—no, maybe if I just find one more item—but it never really did. Eventually I figured out that something had happened, and that my strange bodiless companion was trying to help me figure out how to undo it. Such was my understanding of the game for the first few hours of playing it. 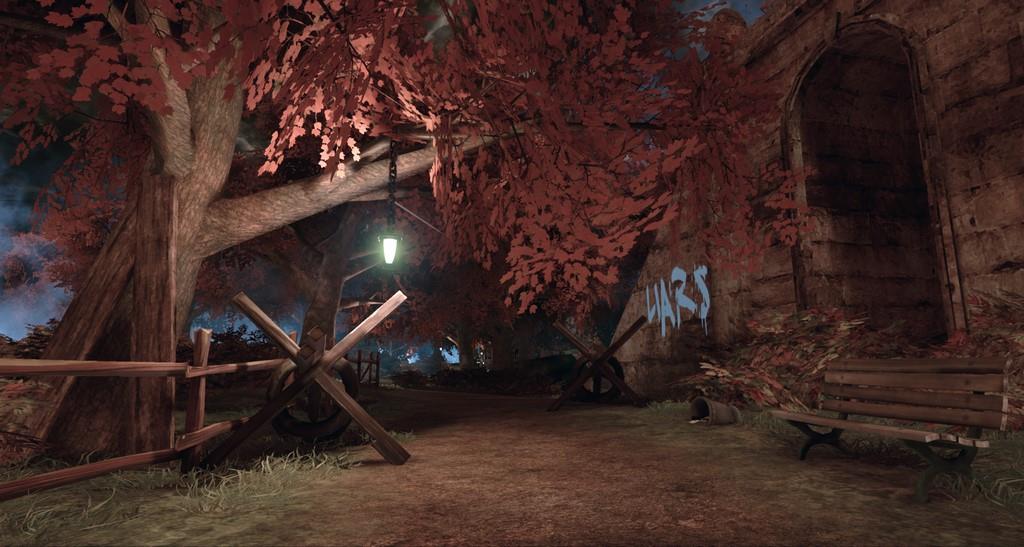 In terms of environment, Empathy: Path of Whispers shines. The music creates a gently eerie atmosphere, perfect for exploring the abandoned and crumbling world you find yourself in—and it’s definitely crumbling. Barring the fact that you don’t really understand what happened for an absurd amount of time, it is definitely clear that something happened there (a silent apocalypse, as the developers describe it). The world itself in the beginning is something out of a dream, a miracle of engineering; the city seems rooted in the sky, huge supports dipping down into the clouds below and out of sight. But it’s all silent, abandoned, and dark.

As you explore, you use your scanner (remember that thing?) to track down remnants of the people who used to live there. It’s an awkward piece of technology; you hold it to the corner of your screen, but it acts as less of a detector and more of a lens through which you can see silhouettes of certain objects. This means that you’ll be staring at the corner of your screen, awkwardly trying to angle yourself, for most of the game. Every time you find an object, you have to match the wavelength on the screen of your scanner to the wavelength emitted by the object (which, you might realize, seems to flicker as if it is not entirely part of the world in which you’re wandering) via the use of three dials. This is the primary puzzle mechanic of the game, which means that you have to do it for every single remnant you find. Now, you might be thinking, “Wow, that sounds tedious,” and let me tell you that you are absolutely correct. It rapidly becomes repetitive to the point of boredom, especially given the fact that it is one of the only things in the game that breaks up the extensive amount of walking back and forth that you’ll be doing. 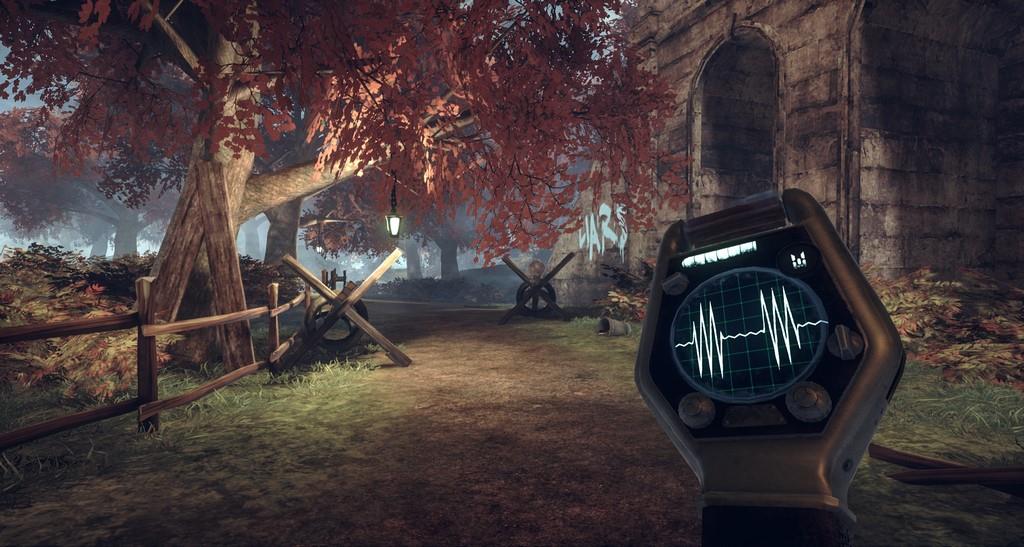 I think the saddest part of my experience playing this game was knowing how good it could have been. That’s not me trying to mock it by saying, “Oh, how sad.” I’m genuinely sad that this didn’t quite work out. With every object you discover, you get a whisper of a memory that gives you a bit of insight into what happened to this abandoned world, and it gets personal. Really personal. We’re talking love, death, danger, and just about everything else you can think of, and it had so much potential. However, you learn these stories from a very detached point of view; even your bodiless friend, who we know is quite concerned with restoring this world to its former state, seems detached, as do the voice actors in the memories themselves. Its presentation simply can’t support the gravity and scope of the plot that the developers outlined, a plot that, I want to re-emphasize, would conceptually be excellent.

Let me put you into a situation I encountered a couple hours in. You’ve already done a couple of cycles by this point, and by this I mean finding a series of items, watching a live memory replay before your eyes, and then getting a new series of items to find. You get very close to the end of a cycle, so close that you only have one object left to find, and you even know where it is! You’re more or less used to the scanner enough to figure out that the object is vaguely box-shaped and inside a pretty significant statue in the first big area of the game. But no matter how hard you try, you can’t figure out how to get to it. You’re wandering the sewers for an hour, trying to jump off the side of the park, running in circles above where it’s supposed to be, but no matter what you just can’t get to it. 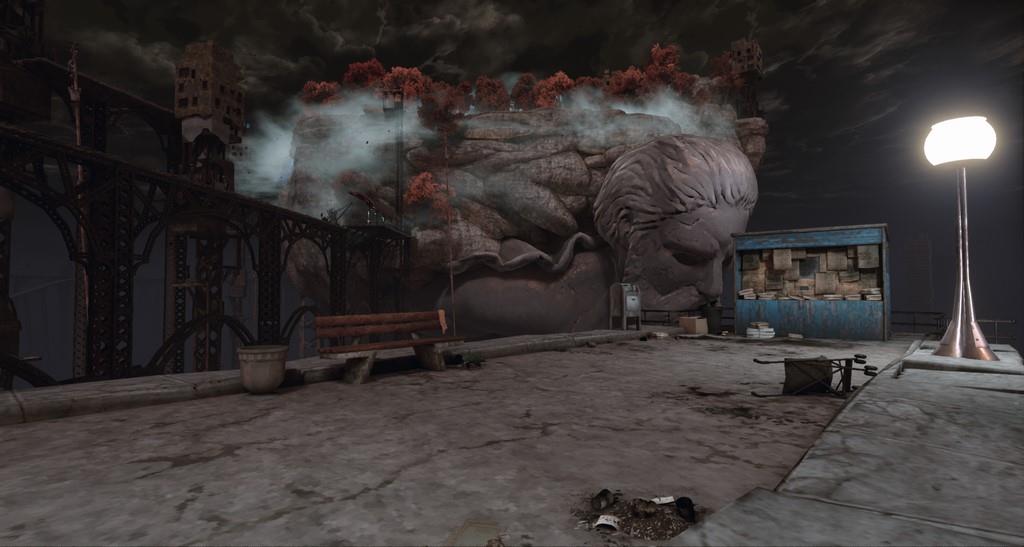 You may think I’m commenting on the fact that the object placement is broken, but I’m not. What I’m commenting on is the fact that in the face of your own inability to find something, there is no possible way to get help. None at all. You have your scanner, and that’s it. There’s no quest log, no hint button, nothing. So now imagine yourself once again in the above situation, but now without any means of knowing what you’re doing wrong or what you’ve missed. Congratulations! You’ve just added another hour of walking around to your gaming experience.

In terms of games that make you discover the narrative as you go, there’s a fine line marking how long is too long to withhold plot. Empathy: Path of Whispers crosses that line. A large portion of the game is spent in confusion, and by the end of the game my questions still aren’t entirely answered. I couldn’t feel any of the emotion I wanted to feel in relation to the people whose memories I experienced. Indeed, I felt largely detached from the game as a whole. There is a great deal of potential there, but I don’t know if I’d spend $20 on potential. I would, however, keep an eye on Pixel Night in the future. I’m excited to see how they learn from this and what else they produce.

Pixel Night makes a brave foray into the exploration genre that doesn’t quite pan out in the end due to detached storytelling and repetitive mechanics. If you’re a dedicated adventure game player, Empathy: Path of Whispers will offer little challenge, except maybe in the way of overcoming boredom. It is, at the end of the day, a walking simulator that knows exactly what it wants to be, but falls a few steps short of actually being it.