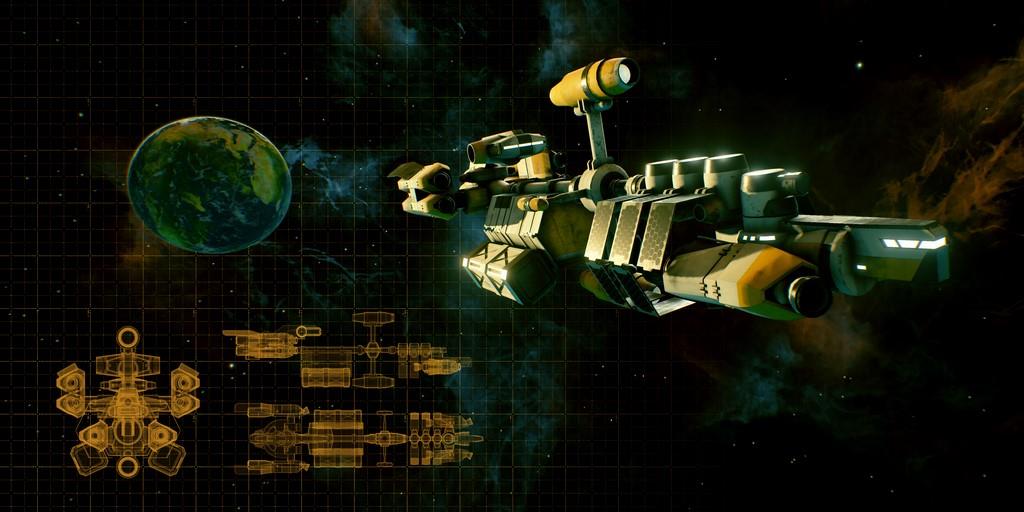 My archaeologist looks like a nerdy Lara Croft, my pilot looks like a football coach, my astronaut looks like she’s chilling in a Mass Effect hoodie, and my researcher looks like Ernest Hemingway in a lab coat. I think I’m already in love with these guys.

Next, I get to—no, wait—I get to select from a row of ships? Good choice, letting me take ownership of this small aspect of Project Daedalus. I’m pleasantly surprised. There are three ships to choose from: The ISS Ulysses (I knew there’d be a reference to Homer’s Odyssey in here) is the game’s poster boy ship and a great all-rounder; the ISS Endurance (possibly named after the first trans-Antarctic expedition) is more of a tank, with thick skin and short jump range; and then the ISS Discovery (possibly named after the space shuttle Discovery, which launched and landed more missions than any other spacecraft to date), is an agile long jumper that probably can’t take a joke, let alone a laser blast.

Having no idea what I’m getting into—this being my first mission and all—I choose the Ulysses, knowing that I need a ship that can float somewhere in the middle. I flip through a selection of color choices, another nice customization, and settle on a blue, white, and charcoal palette that reminds me of the LEGO Cosmic Fleet Voyager box set I owned as a kid. 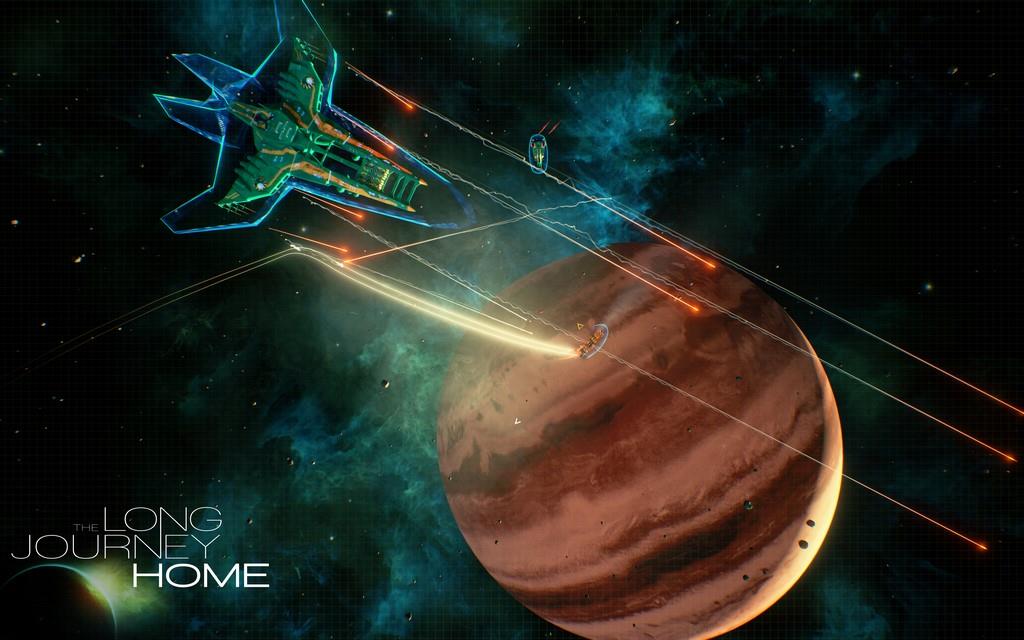 And a lander? I get to choose a lander, too? This is one of the best set of character-generation screens I’ve ever gone through. I quickly select the ISV Serenity just because. And by “just because” I mean “of course I’m going to choose anything paying homage to Firefly, the best sci-fi western of the 21st century.”

But they’re all going to die soon. And it’s going to be all my fault.

My four crew members engage the jump drives. They blast off toward Alpha Centauri. Then, mid jump, disaster strikes. The ship is getting wrecked. And instead of landing near Alpha Centauri, they’re shoved tens of thousands of astronomical units from Earth, on the far side of this procedurally generated roguelike galaxy. It’s going to be a long journey home.

To do so, I’ve got to harness my crew’s disparate talents, planet hop across star systems, lunar land my way onto planetary surfaces to collect resources, repair, refuel, and then make the next jump. There are well-established aliens wherever we go. Some of their advice helps. Some hinders. They barely like each other, let alone me, this unknown alien species that ended up in their neighborhood by accident. 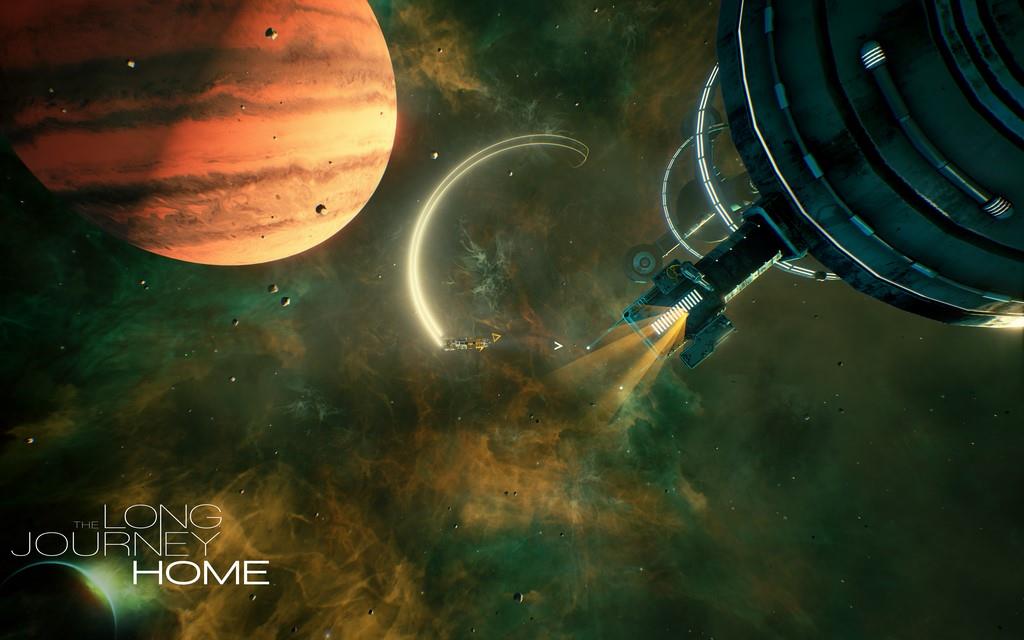 So, I go about the nasty business of surviving. That’s going to require resources to refuel and patch up my ship, refuel and patch up my lander, and keep the jump drive operationally happy. Flying with a top-down view of each solar system makes it feel like I’m sailing across a galactic putting green. Gravity wells surround every heavenly body. Asteroids harbor a small amount of resources, as do planets, and, in a dangerous and ill-advised fuel-scooping process, so do the stars themselves.

Finding a good speed and trajectory to orbit around planets is tricky. You’re gauging your velocity, applying reverse thrust to slow down, tweaking your route around a planet’s gravitational pull, then locking in a steady orbit. You won’t be very good at it, at first. It takes some practice. If you’re me, you’ll bounce around a planet, knocking your crew around the inside of your ship like Altoids in a tin. It’s rough. You’ll get better at it. But not before breaking a few ribs and earning a few lacerations. You won’t have enough first-aid kits to go around either. This is how your first attempt at The Long Journey Home begins to end.

Once you pull off a steady orbit, then it’s time to take the lander down. You assign a pilot and send that person to the surface. It’ll be any number of randomized locations, but it’ll feel like half of them are a volcanic hellscape of gale force winds and unlandable mountain peaks. This, of course, is not true. There are plenty of low-risk, very landable planets. But it won’t feel like it at first. You’ll cringe when your lander hits the ground at reentry speeds. You’ll noticeably clinch your teeth when your lander pilot registers a concussion. Then you’ll hopefully inch your way, carefully, to a marked location with precious few resources to harvest. There won’t be enough resources to refuel and repair everything. There never is. You’ll get a fuel warning. The lander is down to 15 percent or less in its fuel tank. You’re not going to make it back to that third location. So, you shoot back up and out of the atmosphere, returning to the main ship. The scrape for survival has begun. 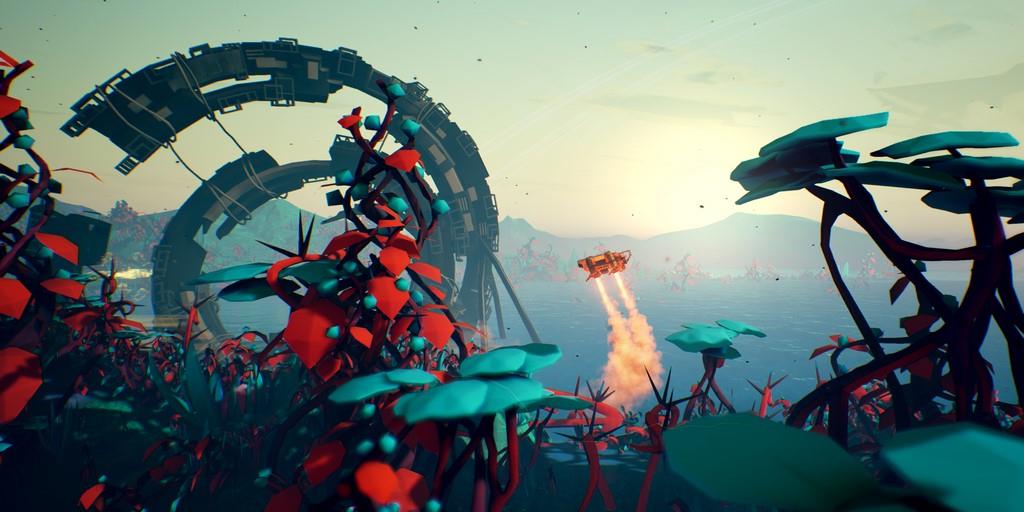 The game doesn’t want to formally introduce me to the many screens it has. Tabs on tabs on tabs, yet I’m expected to go in there, poke around, and wonder why nothing’s happening when I do poke around. To explain, The Long Journey home is a roguelike, but you don’t get a “new game plus” with a new piece of gear to help you on your next run. The “loot” is the knowledge you gain along the way. You learn this screen does this, that resource does that, and this alien really doesn’t appreciate it when I compliment/insult/approach them/myself/that other alien race they share the galaxy with, especially when I have the saving solution/genocidal formula/deus ex machina in my cargo hold.

The game can’t, and won't, teach you everything in tutorial after tutorial. Thank goodness. Were that the case, you’d never get started on your doomed mission. But you’ll have to be patient with yourself. You know so little going into this. You’re going to die, sometimes horribly, often unceremoniously, many times before you get the hang of any of this. It feels like you’re getting nowhere. It feels like you’re shaking your head in disbelief that you’ve reached the end of your fuel reserves, again, and your only backup solution is to do an EM scoop around a radiation-happy star that’s no doubt, 100 percent, going to give one, if not two, of your crew members some severe burns.

Nikolay Lebedev got some broken ribs on his first planetary landing. It was rough going with the lander on a high-gravity planet. He died on the next planet, however, which was a fiery hell wracked with gale force winds. Malcolm Winters, my certified Air Force pilot, died the very next day, the lander blowing up with him. Again, I seem to only run into planets with Hurricane Katrina already whipping through. So I returned to the Entrope Harvester—a massive space station run by a robotic race—to craft another lander from blueprints. No button I pushed, no conversational tree I pursued, would get that lander built. No idea what I’m missing. [I missed a button. -Ed] I tried jumping in and out of the system again, hoping it would reset my “timed out” conversations with the robotic Entrope. But I ran out of fuel, attempted a fuel-scooping maneuver around the local star, then burned up when I hit the surface, but only after taking severe radiation damage from the whole Wile E. Coyote maneuver. 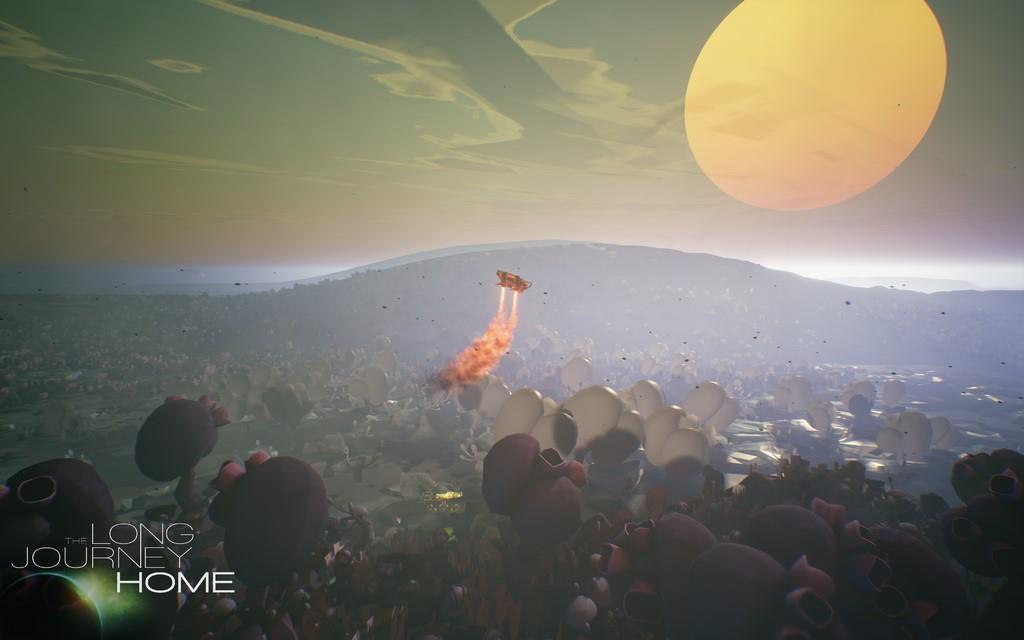 I’ve figured out a thing or two since then. But yeah, that first mission didn’t go so well. It won’t go well for you either. Just learn what you can. Take that knowledge with you. You won’t make it home on your first try. Probably not on your second either. If you’re like me, then seven or eight attempts won't be enough to ever see Earth again. Enjoy it.

Communicating with aliens is simple. Not that their reactions are predictable, though. Like when I spoke with the very mean and generally unfair Ilitza people. They called my ship a garbage scow and thought my meeting with them was, at best, “inevitable.” So I praised them. They told me to keep my praises. So I insulted them. They told me to get out of their house.

Extraterrestrials, am I right?

The story vignettes are a highpoint. Planetary surfaces house valuable gasses and minerals, but they house even more valuable sci-fi story bits. Your lander pilot, through text-adventure-style communications, will delve into alien ruins, carve their way through alien jungles, and find artifacts, parasites, or, sometimes, nothing at all. The conversations with extraterrestrials are informative and occasionally tiresome—even they think so and will frequently cut you off—but the Arthur C. Clarke School of Exploration is money well spent on the game’s writers. 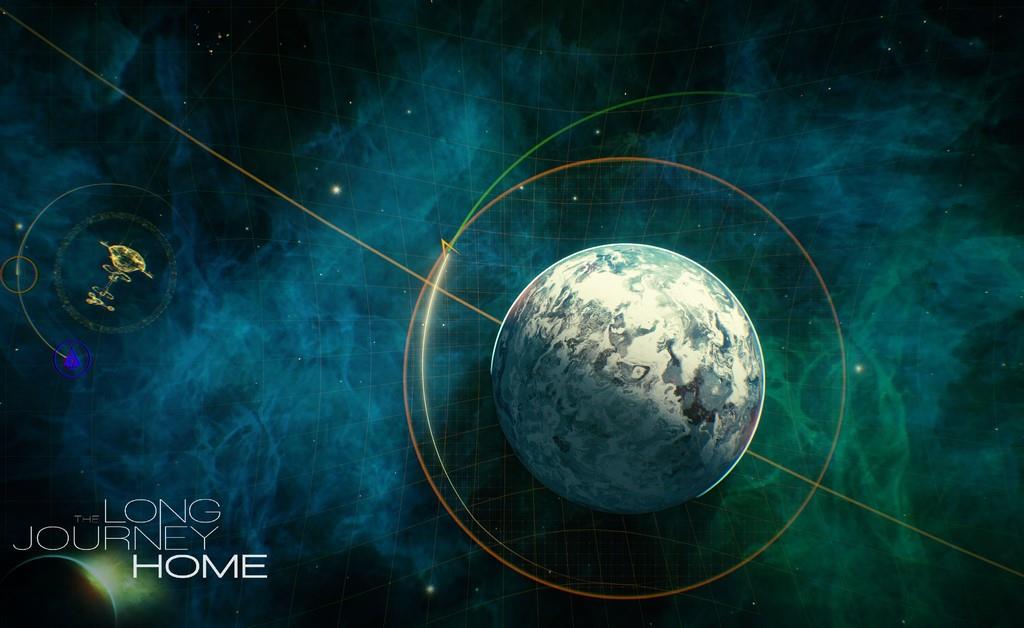 The Long Journey Home, however, could use a little more consistency in key mapping. Push W to open map; push E to close it. Tab to open ship menus; both Tab and E to close them. There’s an entire screen to assess the condition of your lander, a second screen to repair it, and yet a third screen to assign a pilot. The game is intent on keeping each screen simple. That, however, means there are too many screens to do what you need to do.

The Long Journey Home isn’t always fun. I don’t think it’s meant to be. Its musical score soars with hope. Its crew keeps its chin up pretty well. And yet, getting better at this game isn’t always as rewarding as I’d like it to be. Reloading saves and generally gaining in knowledge and ability is comforting, but it’s getting harder and harder to put a smile on my face while making the trudge home. Yes, I’m better at landing, better at navigating, and better at fighting. But instead of insisting on finding my way back to Earth, I’m a lot like my ship, constantly running out of fuel.

The Long Journey Home is a roguelike sci-fi survival simulator fueled on hope and hopelessness. Bring them home, commander. But be ready to die a hundred deaths before that ever happens.