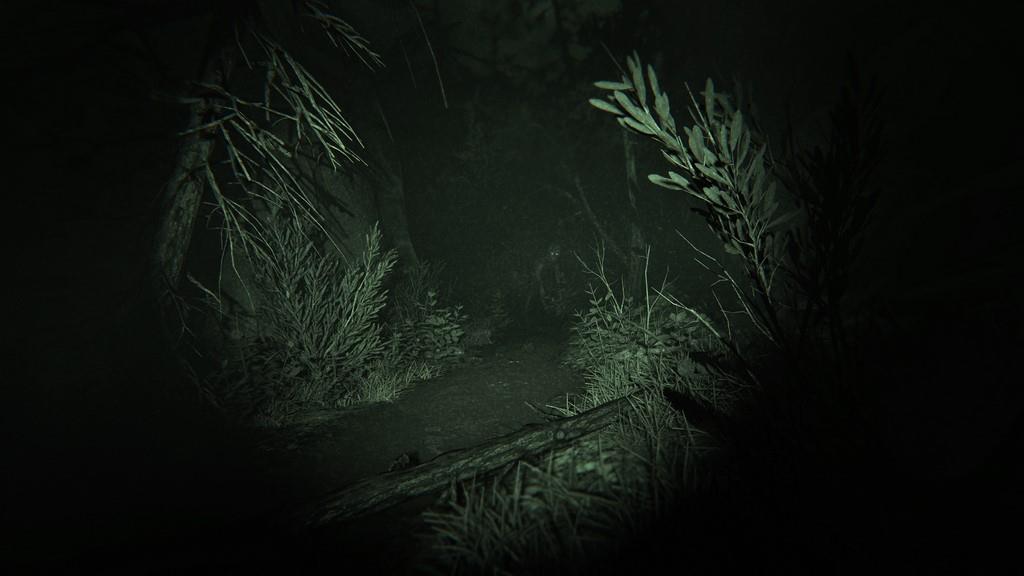 When I first started Outlast 2, I absolutely loved it. The setup was great. A husband and wife investigative team travels by helicopter into the deep woods to look into the murder of a pregnant woman. The helicopter mysteriously crashes, your wife is abducted by insane religious zealots, and you have to make your way through the camps of two warring religious factions to get her back. The first couple of hours are fantastic. Making your way through abandoned villages with crazy religious nuts trying to kill you, finding all of the various notes as to what's actually going on, and being terrified by the atmosphere was a great experience. And then it all came crashing down just like the helicopter. By the time the final credits started rolling, I was so relieved that I didn't have to play this obnoxious game anymore.

Outlast 2 does have beautiful visuals and perfect use of lighting when you actually do get time to take in the scenery. A large portion of the game will be viewed through the viewfinder of the camera that you carry which includes a night vision mode. Get used to this because there are so many areas of the game which are completely pitch black, forcing you to use the night vision for lengthy portions of the game. To make things scarier, your camera batteries are constantly draining and using the camera features, like the battery or the microphone (which can be used to detect where enemies are hiding), puts further strain on the battery, draining it faster. Thankfully, batteries are easy to find if you do a bit of searching. But there were plenty of times when I had no spares left and I was frantically searching around to find one—because if the battery runs out and you can't use the night vision, you are screwed.

As I mentioned earlier, you find various notes lying around. These notes range from letters from various townspeople to Bible verses from the "Book of Knoth," Knoth being the crazy leader of one of the religious cults who don't take too kindly to outsiders. The other collectibles you will find in the area are recordings. When using your camera, you may stumble upon some grotesque imagery, whether it's people being hanged or mangled bodies. If you see something like this, there is a good chance you can record it. After recording you can view the recordings again, but they will be narrated by Blake himself, giving you further insight on the overall picture. Again, the opening of the game is fantastic, but after you leave the village the game begins to go downhill. 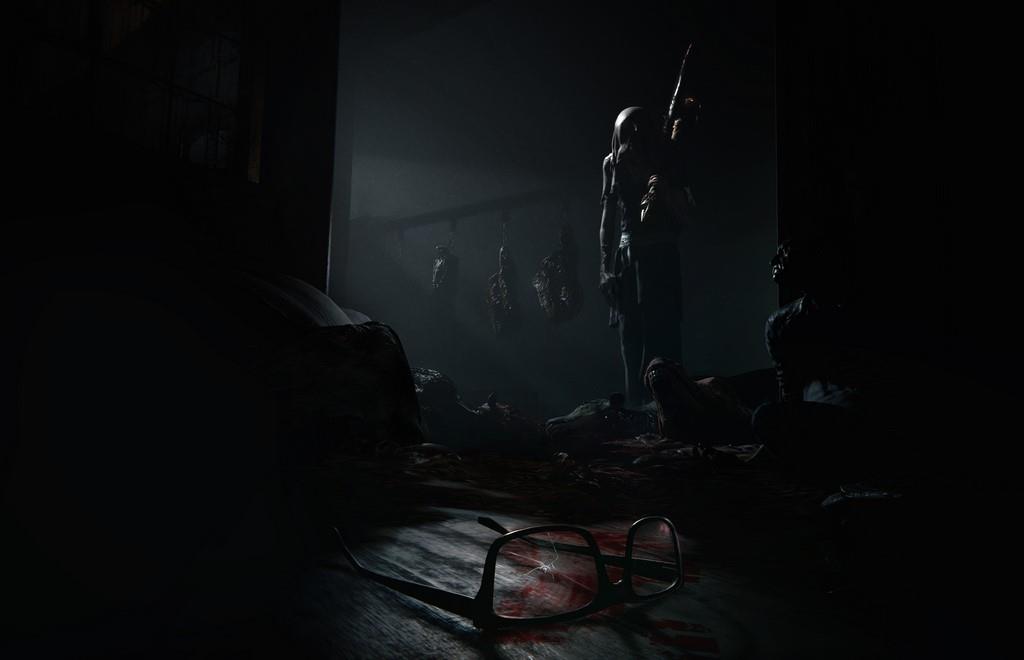 Now, there is nothing wrong with trial and error in games as long as it's used correctly. Outlast 2 is trial and error at its worst. The main problem is that there are so many times when you have to start sprinting for your life and there is absolutely no indication as to where you have to go, forcing you to guess which way leads away from danger.

Here is a perfect example. An enemy shows up, so you have to turn around and run out of a house. Now you are in an open area outside. Where do you go? Let's try going right. Oops, a fence is blocking your way. You're dead. Let's go left. Nope, another fence is blocking your way. Dead. Okay, let's try going forward. There is a bunch of crap in the way and...dead. So now you just have to run around praying you can find where you need to go. Oh you found a space you can crawl through? Okay making progress here. So now I'm in another house and there are three doors to choose from. The enemy is right behind me. You can see where this is going. There was one point where I must have died at least 10 times before finally making it to the next section. It would be one thing if this happened once or twice, but no, this constantly happens throughout the entire game. There are also other parts where you have to maneuver from house to house and basically have to stealth your way through the location. Did someone see you? Might as well just die and start again. Get used to these sequences because you will be seeing them constantly throughout the 10 hours or so it takes to finish the game.

These sequences completely destroy any and all tension the game builds up with its beautiful atmosphere. When you enter a brand new area, it's exciting to get that little bit of story to keep you intrigued, but instead you also get more of these ridiculous chase sequences. This is just incredibly cheap and there is nothing scary or fun about this whatsoever. 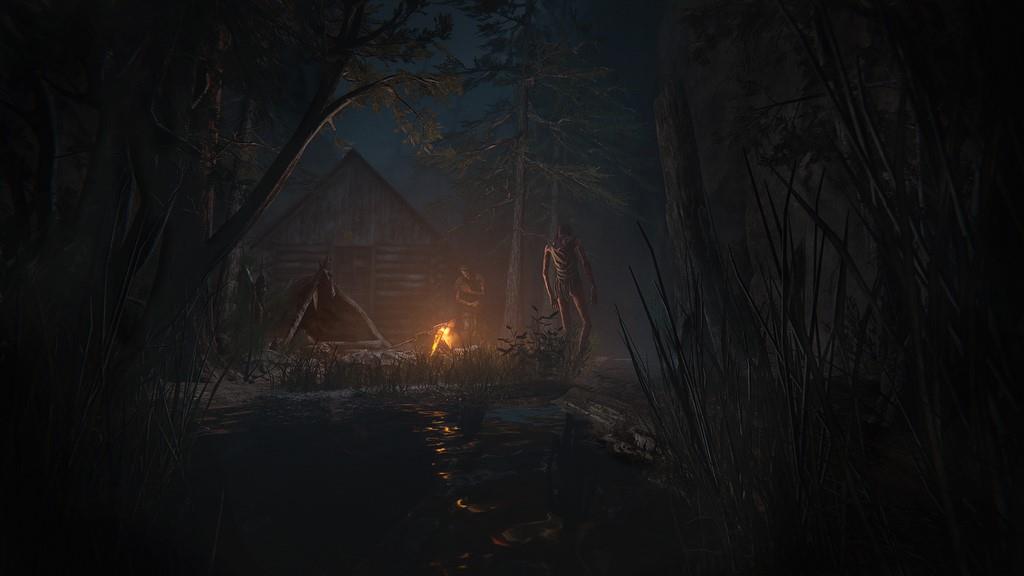 What makes it worse is that Blake has no way of defending himself. Okay, I can appreciate trying to go for realism, and the game tells you right at the start, "You are not a fighter: run, hide, or die." That's fine, but you can't tell me that a person wouldn't at least try to defend themselves in some way. There are pitchforks, machetes, axes, knives, and other weapons just lying around in all of the areas in the game. You couldn't at least have the option to let me throw something at an enemy to slow them down? I guess holding the camera nonstop like in a found footage movie is more important than surviving. If enemies hit you from behind, it's usually a one hit kill, but sometimes they deal less damage and you can keep going. My advice to you is this: If you get hit by an enemy and survive, you are much better off just letting the enemy kill you and starting over again. There are bandages you can find which will heal you, but the way to utilize these bandages is laughable and usually pointless. You have to stop dead in your tracks to use the bandages, so you are basically telling enemies that are coming after you, "Please kill me." You can't move and use the bandages at the same time? 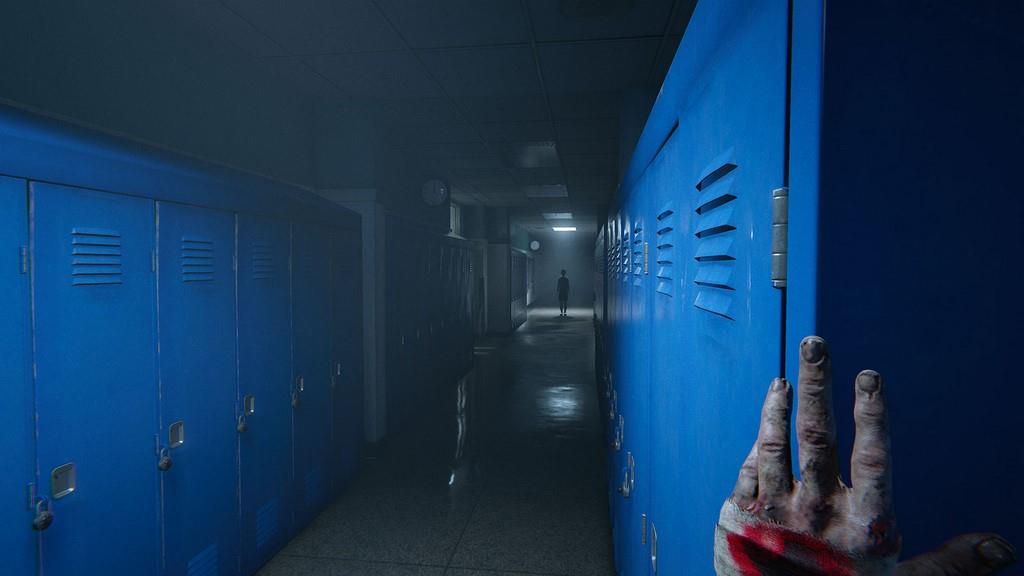 Even with the complaints, Outlast 2 does have an intriguing story that give you small bits of the story as the game progresses. The most interesting parts for me are times when you are seemingly transported to a Catholic high school. These  give you hints about Blake's past, as well as a mysterious girl you encounter named Jessica. Some of the high school sequences are done well, but they do tend to get repetitive towards the end, since you will be seeing the same hallways and classrooms over and over again.

I do have to give major props to Red Barrels for some aspects of the story, however. The story told in Outlast 2 and some of the content in this game can be extremely heavy at times, and there are some incredibly grotesque and disturbing scenes. As for this grotesque content, it can be hit or miss. Some of it is done really well and some of it comes off as just trying to be edgy and going for shock value. That said, I have to give credit to the fact that they were able to take chances and tell the story that they wanted to tell.

All of this leads up to a crazy, somewhat over the top finale that ends somewhat abruptly and leaves the ending open to interpretation. By this time, the game has more than wore out its welcome. It's a shame, though, that the chase sequences completely bring down the entire experience. Everything aside from these sequences is good, but this is one of those times where bad game mechanics completely bring down the entire thing. Imagine having to run through a hedge maze. You get to take your time at first, do some exploring, and then all of a sudden Usain Bolt starts chasing after you and you have to make it through to the next section of the maze without hitting any dead ends. Now imagine doing this about 10 more times. That's what it feels like to play Outlast 2.

Outlast 2 is visually beautiful, tense, and boasts a grotesque but intriguing story. Unfortunately, the overabundance of atrocious chase sequences completely destroys any and all tension and fun the game has going for it.