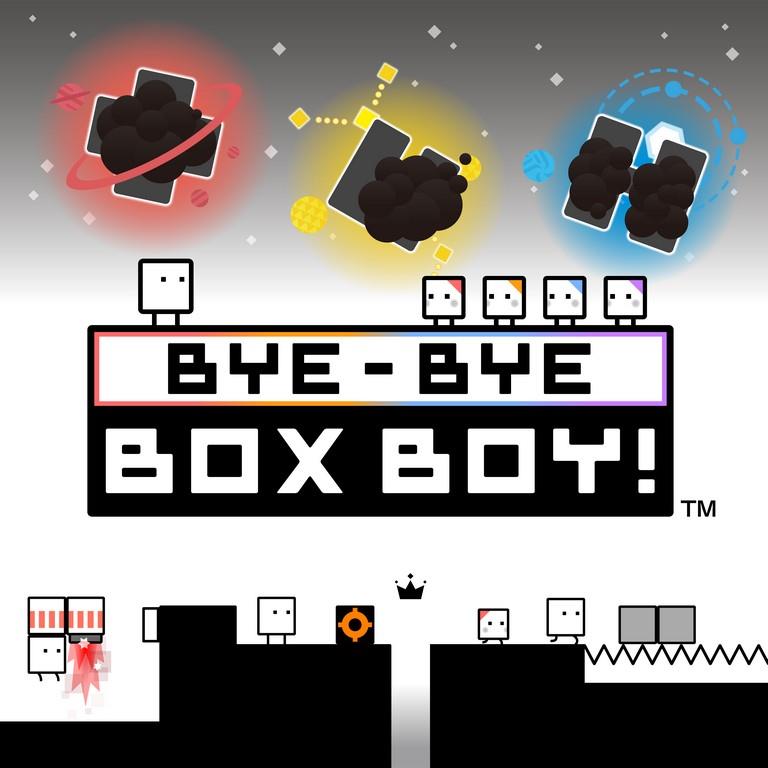 So, for those who haven’t played the previous games in the series, which includes this reviewer, ironically enough, the protagonist of this game is the box called Boxboy or possibly Qbby. It’s one or the other, but it doesn’t really matter that much. What also doesn’t matter is if you have played the previous games in the series. They have no effect on this game’s story or gameplay, so you won’t be missing much. But back to Qbby. In this game, players control Qbby as he travels across worlds and their stages to cleanse planets of this gaseous substance, rescuing littler boxes and putting them on rockets along the way. It’s deceptively simple, and that includes the way in which the story is told. It’s primarily visual; the color palette doesn’t revolve around much besides black, white, and gray. The visuals of the planets on the bottom screen of the 3DS is where all the color is. But the absence of color doesn’t detract from the game or its gameplay. Rather, it’s an integral part of its simplicity.

So, the simplest way to explain the gameplay is that the player-character is a box, trying to get from point A to point B. But the trick is that there are many different avenues the player can take to achieve their goal and direction. The first way is Qbby’s initial and constant ability to reproduce boxes in his shape and size and can either extend it from his body to reach a platform out of reach by zooming to the endpoint, or can detach the boxes from his body to jump onto the boxes, then providing another platform to jump onto those platforms. At first, this provides for mostly simple maneuvers with which to progress through the stages. But players will see that that mechanic changes soon into the game.

Although Bye-Bye Boxboy! (maybe it should just be called Triple-B, or is that too edgy?) looks like a platformer, its true charm comes in its complex puzzle-solving conundrums. While playing the game, I was wondering if this was Nintendo’s attempt at making a sort of Super Mario clone, or maybe a spiritual successor of one something like Mr. Game & Watch. What makes Bye-Bye Boxboy! different from those earlier incarnations is that, rather than finding secret pipes through straightforward stages in order to get the most coins or some power-up, this game poses the simple challenge of how to get forward. 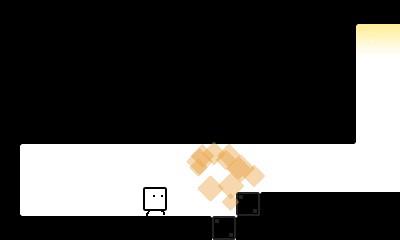 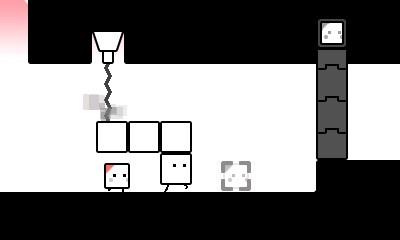 The easy route of extending the boxes from Qbby’s body ends pretty early in the game, and only comes back in brief parts to keep the player from getting stuck. As mentioned earlier, the game’s real charm is in how it presents various challenges to the player. Whether it’s trying to get through a tiny, one-box opening in order to zoom to the other side of a wall, or attempting to navigate through zero gravity or even water, this game’s combination of puzzles and mindfully challenging pathways are its strongest suits, and the developers succeeded with what they set out to do. Now, there is one way that players are able to get around the most challenging of puzzles, in case they get stumped (which definitely did not include me because I am very smart and clever and am very good at the puzzles). Nintendo is known for trying its hardest to integrate the different physical qualities of its consoles into its games. From Skyward Sword using Wii Motion Plus to Tank Troopers using softer motion controls to make the relationship between the player, the tank, and the camera more intimate. Bye-Bye Boxboy! is no exception. The exception here, though, is that it doesn’t use anything like motion controls to help tip the balance in or out of the player’s favor, but rather those coins they see in the top of their 3DS screen. See, on top of the 3DS being a revolutionary instrument in 3D gaming, Nintendo also made it into a pedometer that rewards players for walking around with it. In this case, the reward for walking many steps to get those precious coins comes in the form of hints to help players get through the puzzles. This is the game’s biggest help, but it is also its biggest hindrance. 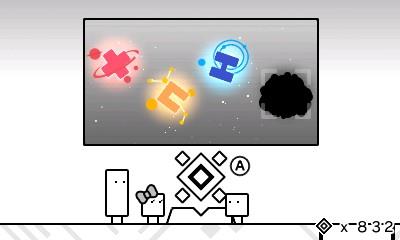 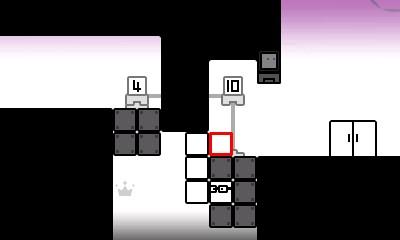 While this tool is a great help, its addition both adds and detracts from the quality of the gameplay. On the one hand, the first time a player gets stuck, they will surely be appreciative of the inclusion of the hint system. On the other (and there will be a few more hands to go around on this one,) the first time they use it, surely they will go “oh, why didn’t I think of that?” This isn’t exactly a flaw, of course, but as the game goes on and players advance through more complicated stages and routes, the hint system’s value wanes. By the later points in the game, it’s much easier to get a hold of its most challenging mechanics, but say a route comes up and it feels like a bit of a chore to try to think a way through it? Well, the cheap and easy route is right there in the bottom left corner of the touch screen. The thing is, this aspect of the game branches off into two branches of satisfaction, so to speak. First, it’s the cheapening of the mind puzzles, which is the crux of the gameplay. It becomes progressively less fun and challenging the more the hints are used. That’s not to say it shouldn’t be in there, because there are definitely quite a few puzzles that some players need hints with. The second is that the revelation of how the mind puzzles are solved can be somewhat convoluted, leading to feelings of unresolved frustration in the player. Luckily, however, this rarely happens, and sometimes, the puzzle will be solved in time, through repeated trial and error. 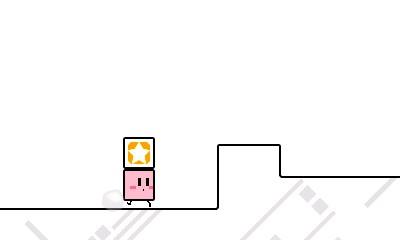 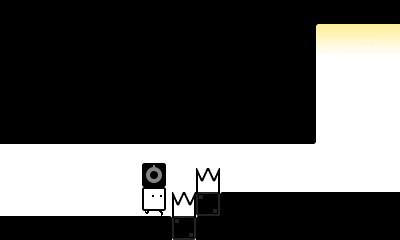 To summarize the gameplay portion, it’s fun and challenging, although it can get aggravating at times. The most positive aspect of it is that it challenges the player’s mind in a vein similar to that of larger-budget puzzle games such as Portal and The Witness, but in the style of a platformer like Super Mario.

Of course, the gameplay provides the majority of content but there are some small additions that round it out. The part that was most fun for me was the shop. There, player can get additional outfits or accessories for Qbby, making him look like a pirate, a squid, and over twenty other outfits. Along with the costumes there are also music tracks and comics available for purchase, all through coins gained by completing stages and worlds. The game provides amiibo support and further challenges that the player can also buy with the in-game currency.

And that sums it all up. Bye-Bye Boxboy! packs a lot of punch for its size. Its combination of platforming and puzzle-solving is unique, and its simple premise gets complex early in the game. The additional content is anything but slim, and not only adds, but enhances the experience of the game. The developers did a great job of crossing classic platforming with new puzzle-solving to create a new style of game that exercises the mind.