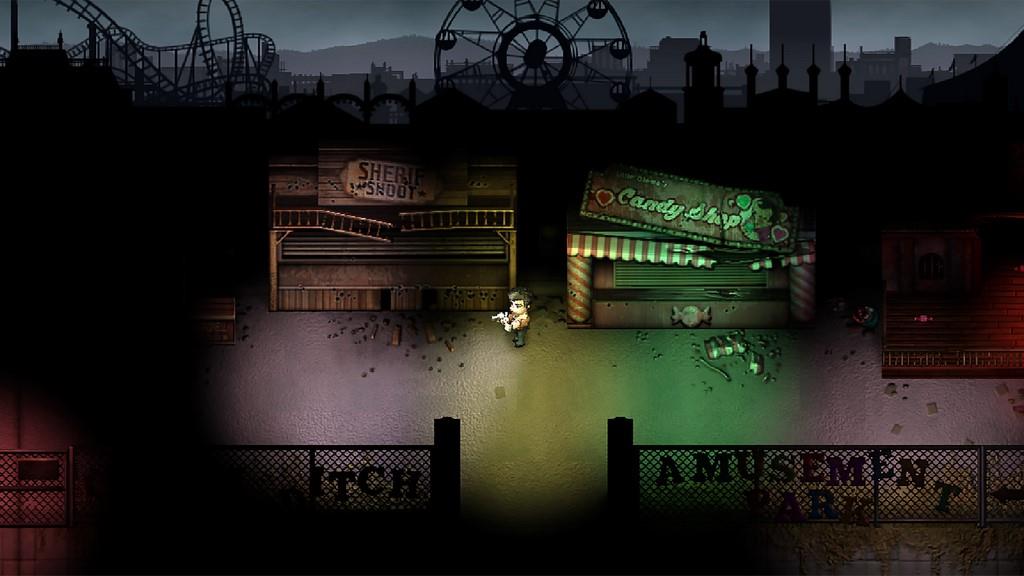 2Dark is one of those tough games to get a handle on. It’s a game I really want to love, and ostensibly one I ought to. After all, it was developed by Frederic Raynal. If you’re not aware, Frederic Raynal is one of the pioneers of the survival horror genre; he created the 1994 classic Alone in the Dark, one of the very first survival horror titles and a game that would go on to be a major inspiration for Resident Evil and Silent Hill. The luminary coming back to the genre he helped create is something to be celebrated. And yet, there are issues here and there that kept me from loving 2Dark, and to be honest that’s rather frustrating.

Raynal is not pulling his punches with 2Dark. It deals with serial murder, child abduction, and implied human sex trafficking; some heavy issues that you hardly ever see in gaming, even in the realm of horror. You play as a man known only as Mr. Smith, a private eye. Seven years ago his wife was murdered and his children stolen during a camping trip. Now a washed up alcoholic, Mr. Smith desperately searches for his son and daughter, and in the process he’s begun to uncover a sinister child trafficking ring operating in his hometown of Gloomywood. Smith’s singular purpose is to find his children and make the psychopaths who took them pay; he will also try to save as many other kids as possible along the way.

2Dark is a level-based survival horror game, following the gameplay traditions of its genre while incorporating its bleaker-than-usual story and thematic elements. Each level is a “haunted house” of sorts, populated by serial killers, psychos, and dangerous animals. Smith must use stealth and smarts to explore each location, gather enough clues to continue his investigation, and, of course, defeat the level’s resident boss. Smith’s tools range from the typical to the offbeat. He carries a trusty revolver, a flashlight, and a pack of smokes—the latter is used to save your progress, but if you light up too often it can cause a coughing fit that alerts nearby enemies. This is a cool and organic way to make sure you don’t save scum.

Smith also carries hard candies, which serve a number of useful functions. Not only can they be used for luring and calming terrified children, but Smith can also toss them at out of the way objects and switches, so it’s always a good idea to nab extra candies when able. There are a number of other level-specific items, and thankfully the game never gets point-and-click obscure. There are some clever puzzles within each level, but they don’t border on exasperating.

As you might imagine, Smith is a fairly fragile protagonist, so conserving ammo and avoiding conflict is the best tactic. Stealth kills are the best way to go, but the game is finicky about this and it’s difficult to judge if you can score a one-hit kill. This typically results in a messy gun or knife fight that leaves you bleeding, if not outright dead. It’s also frustrating that to get the best score on every level, you must rescue every child and avoid killing anyone. This makes sense regarding the children, as Smith’s obsession is safeguarding vulnerable kids and he’ll go to any lengths to get them out of harm’s way. However, once you see the ugly situations these kids are in, you’ll probably want to personally disembowel every last serial killer in every level. It’s too bad that there isn’t a “revenge” playthrough that rewards you for exterminating every last enemy, vigilante-style. It’s also unfortunate that no-kill stealthing a level is practically impossible with the game’s somewhat buggy mechanics.

2Dark’s premise is compelling and it’s top-down survival horror gameplay is solid; I would expect nothing less from the creator of Alone in the Dark. The problem, then, is death. I don’t mean to be cheeky, but this game has a real problem with Smith constantly dying, which is a gameplay issue and exacerbated by some graphic design decisions. Smith doesn’t just have to worry about patrolling psychos and perverts coming after him with knives; most of the levels are littered with obscure traps and insta-kill hazards. 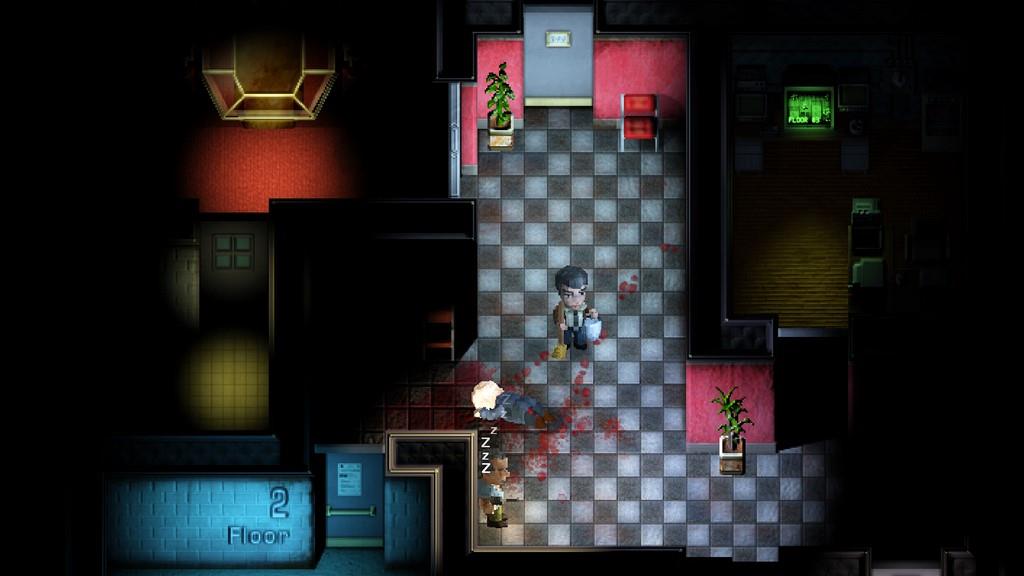 Take the bottomless pits, for example. Some levels are full of them, oftentimes in total darkness. Even when the lights are on, these pits are hazy patches of darkness on the ground, only occasionally denoted by a warning sign. Spikes are even more annoying, as they can be on the floor or sticking out of walls. These are even trickier to spot, as they are typically just a smudgy stack of pixels. 2Dark has an old-school graphical style, with characters and important objects built out of voxels, against static pre-rendered backdrops. I appreciate the homage to old horror games, but it makes avoiding hazards a real pain. What’s more, though, is that the constant death robs the game of any sense of terror. If death is something you deal with every couple of minutes, it’s not a threat or consequence of careless play; it’s just an unfair punishment, and the horror gives way to tedium and frustration.

The best survival horror games—Alien Isolation, Amnesia, Resident Evil—don’t confront you with constant, deadly peril. You typically only die in those games if you act careless or stupid. There are grave threats—the Alien will kill you instantly if it gets its hands on you—but you can avoid it if you are smart and careful. Classic survival horror is about prolonged, persistent dread. You need to be cautious, judicious with your resources, and take carefully calculated risks. That’s what makes these games so scary; death is constantly stalking you, instead of something you deal with over and over again. The best survival horror games are a slow burn, a queasy feeling building in the pit of your stomach.

It annoys me to no end that I can’t count 2Dark among those great horror games. It has a fantastic premise and an evocative art style, and I wanted to love the game for tackling some decidedly grim subject matter. The core gameplay is even compelling and works very well for a stealth-horror game. It’s just that the level design is too obtuse and littered with bugs and cheap insta-kills, which creates a trial-and-error gameplay loop that evaporates all sense of dread. 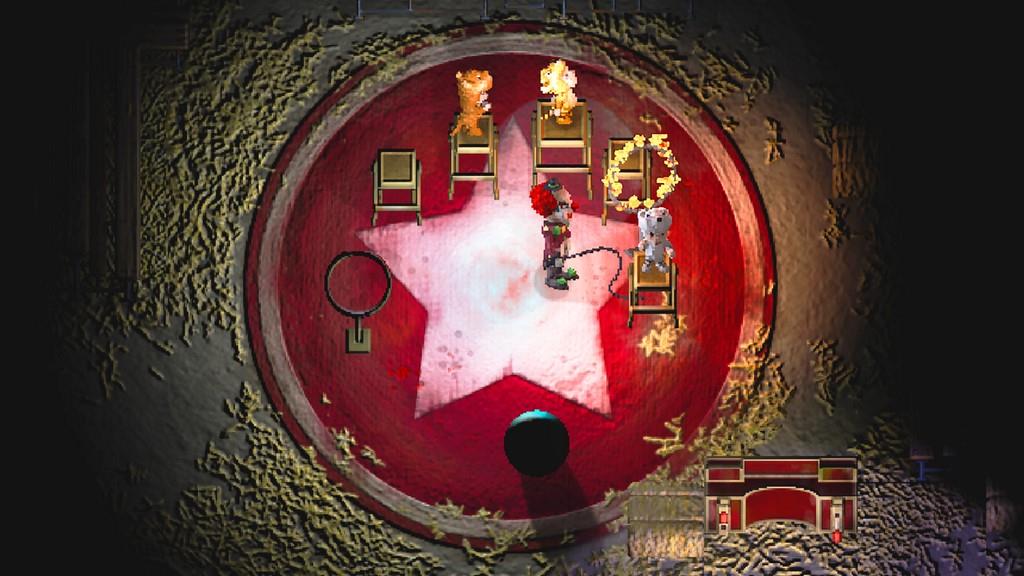 Gamers who enjoy massively unfair, sadistic difficulty might groove on 2Dark—I imagine it will be quite popular among Meat Boy and Dark Souls players. With a few updates to smooth out the level design (and more of the fantastic noir-style voice acting narration that plays over the cutscenes) this game could be fantastic. But as it stands, it’s just too frustrating to generate the fear that I crave out of the survival horror genre. 2Dark is definitely worth a playthrough, but I would wait for a sale or an update to make the experience a bit more consistent.

2Dark is a compelling horror game that tackles some truly horrific subject matter. But cheap deaths and uneven level design hold it back from being truly great.