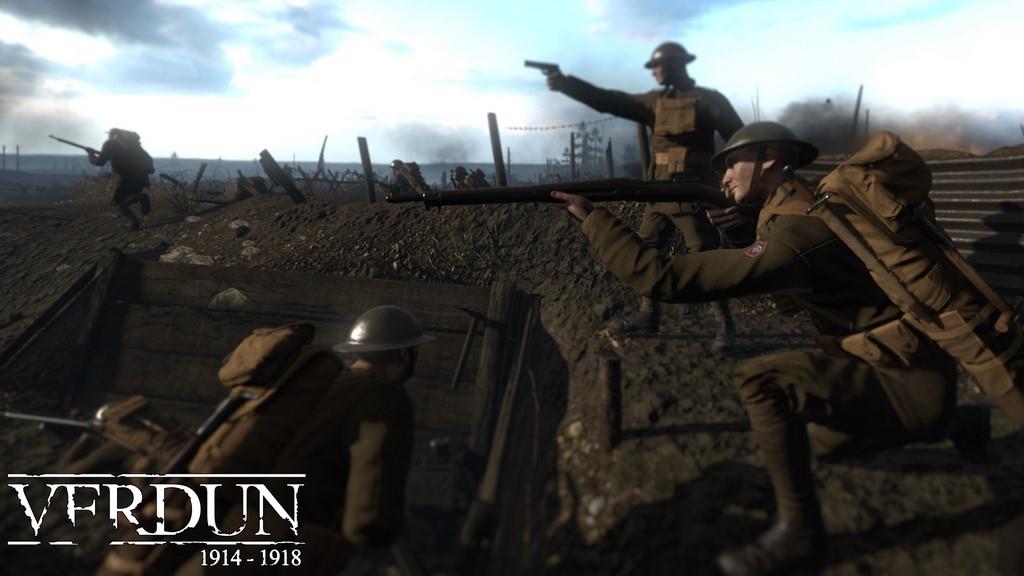 Verdun was first released on PC almost 2 years ago, and currently maintains a "very positive" rating on Steam, with thousands of reviews. Last August, it was released on the PS4, to significantly less flattering reviews, with downgrades in nearly every department of the game. It was meant to be released on the Xbox One around that time as well, but Microsoft delayed the release, saying that the game wasn't ready. If the current state of this game is considered acceptable, I can't imagine how bad it must have been when it was delayed. Verdun feels like a poorly designed indie game that's still in its alpha stage. Everything about it screams unfinished.

Verdun is a WW1 shooter that is centered around infantry and trench warfare. It strives to be much more authentic in its presentation than Battlefield 1, and as such is much slower paced, with more emphasis on rifles and trenches than submachine guns and armored blimps. I was really excited to get into this game. I love shooters that skew a little more in the hardcore direction, and I was really hoping this was going to be similar to, say, Day of Infamy. Unfortunately, it seems to be more focused on the parts of WW1 that were such a drag they allowed JRR Tolkein to write the entire Elvish language between battles.

That's probably the worst thing: as of right now, Verdun is just boring, because nobody's playing. It's one of the slowest, least intense shooters I've played. It has the same feeling as joining the multiplayer servers of a game that came out ten years ago, and is populated by a handful of people that can't let go. The player base just isn't there, and for a multiplayer game (aside from one, poorly done singleplayer game mode), that's a death sentence. And it's really a shame. The PC version has a huge following and a very active player base, which shows how much potential there is. Something was lost in translation, and I worry that Verdun was dead on arrival. 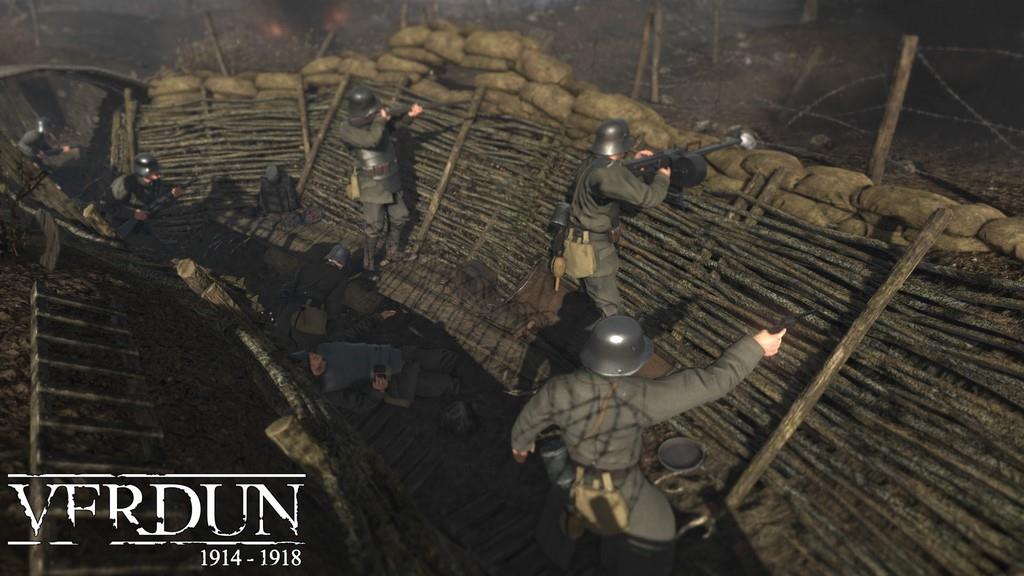 One of the biggest problems is that it's still really hard to even find a game. In the first few days of release, there were rampart server connection issues which prevented what seemed like most everyone from being able to reliably play multiplayer. Now that the game has been out for two weeks, and while the situation has improved, I'm still having issues connecting to the servers. I thought we had all collectively agreed not to do this sort of thing anymore, but I suppose it's unavoidable.

Even when I do get into a game, it's never full. I have never played a full match, and it's been out for two weeks; even on the night of the game's launch, I was unable to find heavily populated games. While there are many issues with Verdun, I feel like this is the one that will either kill it permanently, or bring it back from the brink. Because the servers are in such terrible condition right now, I'm not sure if the low player count is because nobody can connect, or because nobody's playing. Hopefully it's the former, because once they get that worked out, the game may catch a second wind. 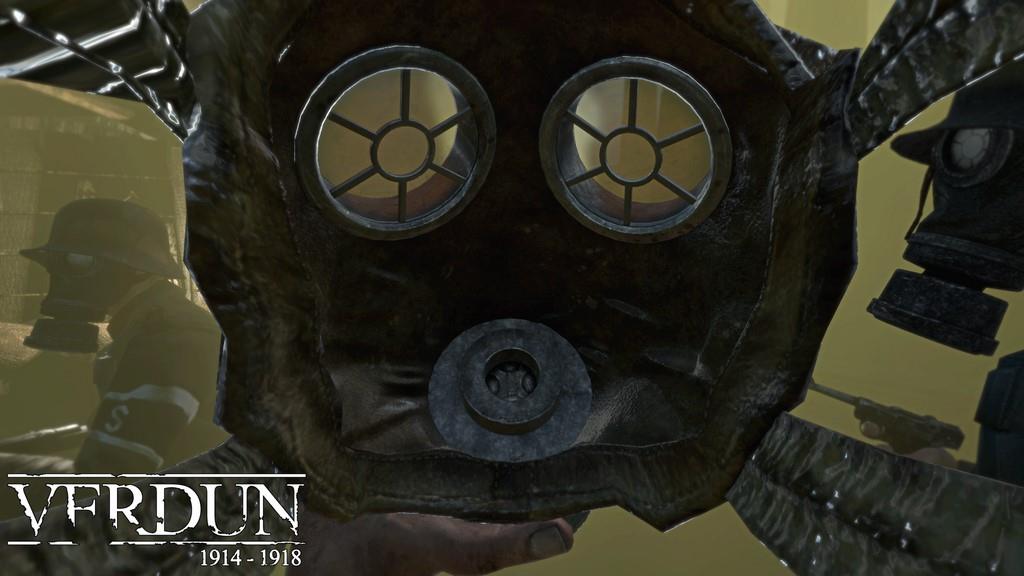 As it stands, there's not much good to say about Verdun. The controls were shockingly bad when I first started. Have you ever plugged a gamepad into your computer and tried to play an old shooter without adjusting any of the settings? That's what this felt like before I fiddled with the controller options. The sensitivity was awful and jerky, movement was uncomfortable, sprinting was a bizarre toggle on/off. Most of these can be tweaked to an acceptable degree, but they never feel right. It's very clear from this and from the general feel of the game that Verdun is just another in a long line of terrible ports.

It's also presented in a really dull way. The ambient battlefield noises sound like someone gently typing in the next room. Gunshots sound like they have a harsh plate reverb, where the rapport is sharp and unpleasant. There's something off about the color scheme, as well; in fact, it looks like the game doesn't have one. I don't know quite how to describe it. It's like every color is from a different palette, and none of them belong together. Evidently the graphics were downgraded for the console releases; if that's true, they really went beyond the call of duty. 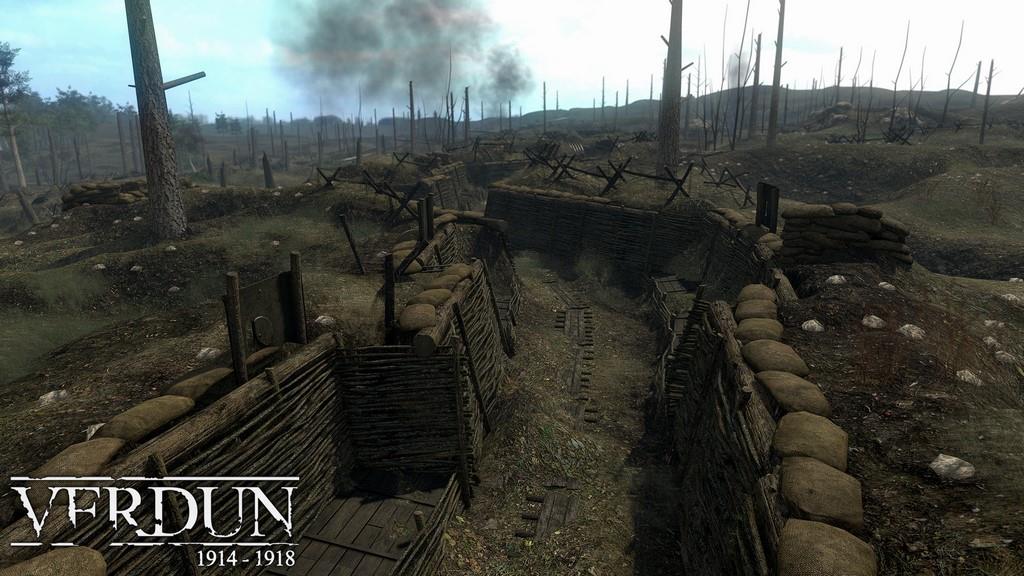 The UI is so awful that I genuinely can't tell if the menus are broken or if I don't understand how they work. Just today, I was unlocking the third loadout for a class, because I wanted to use a rifle. I had to unlock the second loadout first, and when I did, it automatically switched me to it. When I unlocked the third, I couldn't switch. I was stuck with the second loadout, which gave me nothing but a freaking trench club. After manically backing in and out of the menu to try to switch, eventually I did. There is absolutely a chance that I don't understand the mechanics involved in switching classes, but the game is so otherwise clunky, unresponsive, and opaque in its explanations that it feels just as possible that it's bad design. And I'm absolutely not opposed to spending time to learn a game; it's a symptom of a larger problem, in that Verdun is simply uncomfortable to play.

I'm holding out hope for it, though. I want to like it. I like what it's going for, I really do, but it has got to get its act together, and fast, because it's already on thin ice, and based on what I've read about the PS4 version, the future is bleak. I don't think it will survive on the Xbox One, not with Battlefield 1 dominating the way it is. Despite the fact that there's a lot of potential here, it doesn't look like it will ever be tapped on consoles. After playing for two weeks, I still feel like I haven't played the real game yet, because every lobby is partially empty. If you want to play, it looks like you'll have to play on PC.

Rampant server issues, poor performance, badly designed UI and a non-existent player base have crippled what should have been a really interesting change of pace for console shooters. Verdun may improve with time, but as it stands, is an absolute mess.