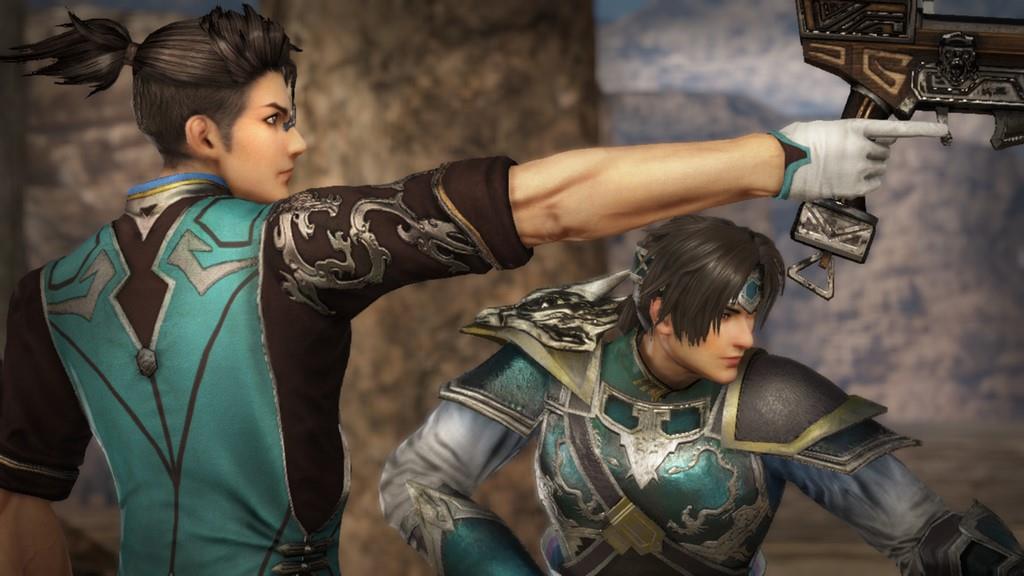 Written by Nathan Carter on 2/17/2017 for PS4
More On: Dynasty Warriors: Godseekers

I love Musou games. I love turn-based strategy games. So I jumped at Dynasty Warriors: Godseekers which blends the two genres together. While the game has all of the traditional features of traditional Musou games, such as the 1 vs. 1000 gameplay, special attacks, and the same spin on the Romance of the Three Kingdoms storyline you have played through a billion times by now, it just doesn't hold up as well as normal Dynasty Warriors games do. It's certainly not a bad game. In fact, it's pretty good. But it just feels like that certain charm that normal Musou games have is missing.

Instead of being a traditional Musou game where you take control of a single general and run around the map destroying thousands of grunts in your path, Dynasty Warriors: Godseekers is a turn-based tactical game where you fight on a square grid covering the battlefield. Enemies usually come in the form of stacks of grunts that are usually there just to harass you and do very little damage, but they do harbor and block the path of the major generals that need to be defeated to complete each map. When taking turns, you only have a certain amount of squares that you can move, and your attacks will only go in a certain direction. It's imperative to think ahead as to where you want to position yourself. You may think it's a good idea to wipe out a ton of enemy grunts, but when it's the enemy's turn to move, you may be a sitting duck for a general's attacks which deal huge amounts of damage. Of course each character has different special attacks which cost energy to use. Within your character's turn, you can attack as many times as you have energy. So if you have six energy, and one of your attacks costs two energy to use, you can attack three times before ending your turn. Each character also has a Musou attack which needs to charge before using. These attacks usually involve some kind of crazy cinematic while your character wipes up dozens of grunts at once.

The coolest feature of Godseekers' combat system is the sync meter that fills up periodically during battles. Once the meter is completely filled, you earn an extra turn, and you will also be able to dish out an insane amount of damage in a 3-by-3 grid of your choosing. Once all of your movements are locked in, the characters involved in the sync attack unleash a flurry of attacks that melt grunts with ease. You can also mash the X button to try to deal additional damage as well. This is especially useful when trying to take down high-ranking generals. It takes a while to build up the sync meter so you need to be sure you use it wisely during each match. 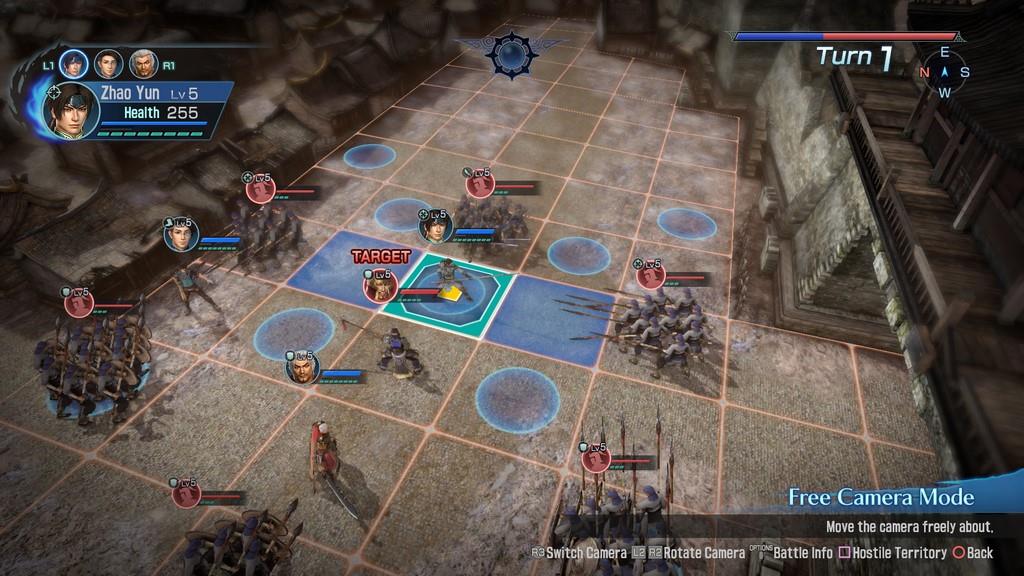 I am fully ready to expect eye rolling from what I am about to say, but the thing about Godseekers is that it starts getting monotonous after a while. Yeah, I know, it's hilarious that I don't find the main series of Musou games monotonous, but the thing about those games is that they have tons of different characters, each with their own weapons and special attacks. This means that you can play through each level multiple times all while leveling up your characters. Those game also have tons of different game modes as well. With Godseekers, the main story focuses on Lei Bin and Zhao Yun. This means that you are pretty much playing as those characters for the whole game. Other memorable generals from Dynasty Warriors will come and go as the story goes on, and they do have their own unique attacks as well. You will also be joined by AI companion units on the battlefield that do their own thing—and thank the Lord that they are actually smart about their attacks. When I saw the CPU taking over certain units, I nearly had a heart attack because I saw them rushing into enemy units. I thought they were all going to be killed immediately. But thankfully they know what they are doing.

There just isn't that feeling of satisfaction playing Godseekers that you get with playing the normal Musou-style games. That doesn't mean that the game is bad by any means. It's actually a fun game, it just doesn't hold my attention for as long as traditional Musou games. The other problem is that because a lot of your allies are controlled by the AI, you will have to sit there and watch long, drawn out scenes of your allies and your enemies advancing and attacking before you get a chance to attack. Thankfully you can hold the Circle button to skip the action of all the AI controlled actions, but then the problem becomes that all of your allies and enemies will start warping all over the map. 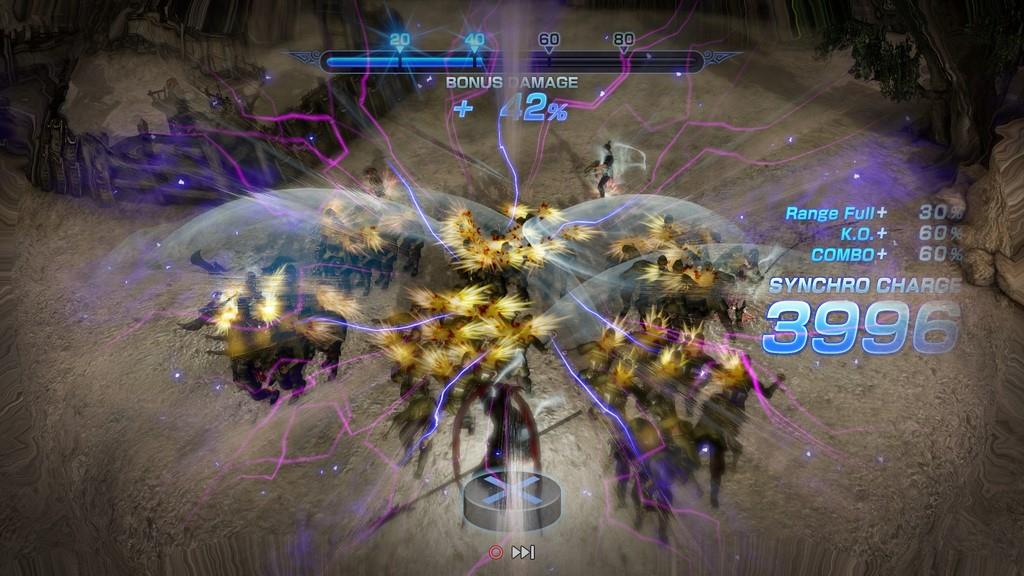 In between missions you can spend your time replaying previous missions or completing side quests on maps and areas that you have already finished. This is a great way to farm XP, and is also smart since the missions become increasingly difficult, as you would imagine. You could complete a stage and have all of your squad leveled up to 15 or so only to see that the next story mission recommends that you be level 18 to 20. The missions that you can replay usually involve just defeating generals that are hanging around on the map or defeating certain generals before they make it to an escape point. You can also complete previous missions on a higher difficulty, which earns special bonuses such as high-level weapons and items. You also earn currency which can be spent on new weapons and items in between matches. The thing about this is that you need to be careful about how you spend your gold. You would think it would be wise to invest your money on Lei Bin and Zhao Yun, since the story revolves around them, right? But then one of them may not even appear for a certain number of missions. Dumping all your money into the other side characters could get you into trouble because some of them come and go as the story goes on. Finally, each character has a huge skill tree that you can dump points into throughout your adventure to give the characters additional boosts.

Not the best but not the worst, either. It has its moments. It does a good job of translating the normal Dynasty Warriors hack-and-slash gameplay into a turn-based tactical game. But it's just not as exciting as the traditional formula of the series.