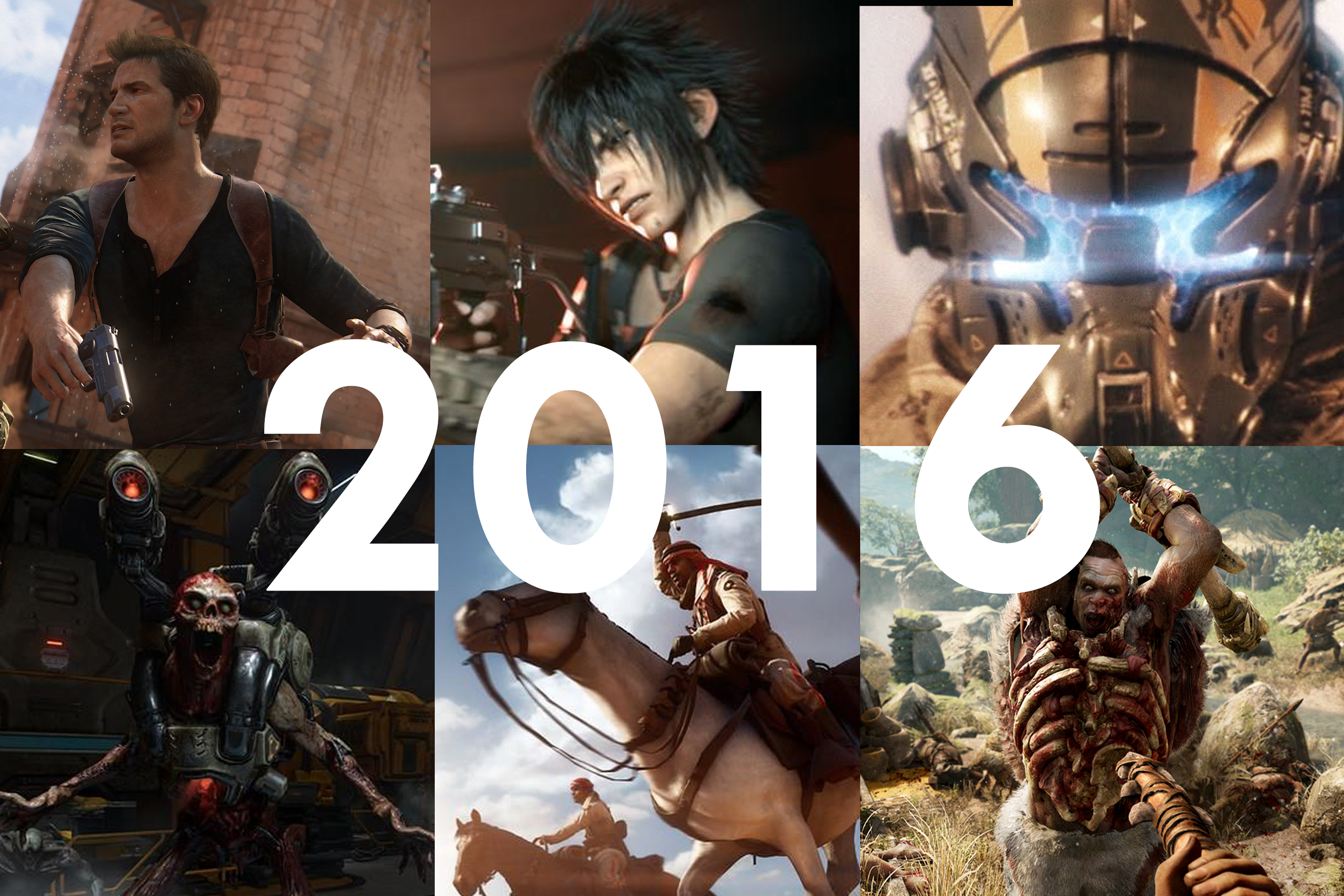 Looking Back at 2016: The games we wanted to play but didn't

Today we are talking about the games that we wanted to play but didn't get a chance to for some reason.  Sometimes it is because we don't own the platform the game came out on or we just didn't have the time or money to play them.

John Yan
Battlefield 1 - I’ve been playing the Battlefield series since it first came out and Battlefield 1 was one I had very high hopes for after seeing it in action. A lot of my friends picked it up, but I just haven’t had the time to. It looks gorgeous and the gameplay, I hear is great. I didn’t read of any server issues, which could be a first for a large Battlefield game. I’ll definitely pick this up in due time, but Battlefield 1 is one I wish I had the time to play.

Sean Colleli
This is a tossup between Superhot and Stardew Valley. I love the art style and time-stands-still hook of Superhot but after being burned by Firewatch, No Man’s Sky and a number of other overpriced indie efforts that were criminally short on content, I can’t bring myself to pay more than $15 for Superhot. I’ve heard it’s over pretty quickly so I was hoping for some post-release DLC to pad out the experience, but so far that hasn’t materialized. I hated to pass on the game during the Steam winter sale but 2016 was the year of indie broken promises, so I bought something else instead: Stardew Valley.

I held off on—and still haven’t played—Stardew Valley for the opposite reason that I didn’t play Superhot: not enough time for such a massive game. I’m a huge fan of the old Harvest Moon games but that series lost me somewhere during the DS era, so I was eager to play a game that seemed like a huge tribute to the series. That said, all my friends said Stardew Valley eats hours like popcorn and I’ve been chronically behind on my reviews, so I didn’t pick it up until the winter sale and it’s still on the shelf, so to speak. Maybe the early year drought will give me some leisure time for farming, but with the Nintendo Switch coming up in March, somehow I doubt it.

Chapel Collins
A few weeks ago this answer would have been Final Fantasy XV, but I'm finally starting to play that, so I'll give it to the runner up: Forza Horizon 3. Everyone has a game that they go to when they want to turn their brain off and relax for an hour or so, and for me that game has been Forza. Horizon 3 got ridiculously good reviews, more so than any other game in the series, and that made me really anxious to try it out, but for some reason I just haven't gotten around to it.

Honorable mention goes to Titanfall 2, purely because I have heard it has a great singleplayer campaign.

Nathan Cater
Honestly, I can't really think of many games that came out this year that I really wanted to play but didn't get a chance to. I guess you could say Titanfall 2 as I really enjoyed the first but the world isn't going to end since I haven't gotten to play it yet.

Russell Archery
Uncharted 4, for the simple reason that I don't own a PS4.  Most of my "current gen" gaming is done in the PC, so unless the Uncharted series comes to Steam, I likely won't be playing it any time soon.  For the record, I do have access to PlayStation Now, but my experience with that has been laggy at best so I can't imagine trying to play a game like Uncharted by streaming it through my blu-ray player.

Aidan Kelly
Uncharted 4 and Final Fantasy XV to begin with, but Star Citizen to finish for desert. Uncharted 4 and FFXV are fairly self explanatory. Star Citizen is not. I didn't play Star Citizen because I couldn't afford it, my PC would keel over and die and I value whats left of my social life. Why do I want to play it? Picture this: Outside your spaceship is the nothingness of space. You hear your friends amicable chatter over the comms and continue to stare out into space. A vessel creeps towards you hailing friendly comms over the frequencies. You allow it to dock so that you and your friends may trade with the players of the other ship. The air lock opens and the doors between the ships part. Hell boards your ship as gunfire dances down the narrow corridors of the ships. Intense ship to ship combat breaks out. Damned space pirates have boarded again. I mean, who wouldnt want to fight space pirates, or be space pirates, with their friends?

Matt Mirkovich
I've got sealed copies of Deus Ex, The Division, Far Cry: Primal, Infamous Second Son, and a bunch of additional games sitting in my Steam library that are just waiting for me to play. Managing my time to be able to play them all though, is going to be the most difficult game of all.

Kinsey Danzis
Uncharted 4, hands down. I'll admit, I've never played a single Uncharted game (I know, I know, for shame), but it took me about three seconds to get interested once I found a series of gameplay videos - and then proceeded to watch the entirety of the game courtesy of Achievement Hunter. As a hardcore fan of Tomb Raider, like I said, it was easy to see Nathan Drake as a similar-but-somehow-wonderfully-different version of Lara Croft, so it burned all the worse when I found out that a PS4 was outside my budget. One of these days, I'll invest.

Rob Larkin
I really should have finished Fallout 4 last year, and will look to remedy that early this year. I even had the season pass and yet haven't cracked one bit of that extra content. But more so I wished I would have played Assassins Creed: Syndicate. I got it at the same time as Destiny for Christmas last year and just never got around to installing in on the HDD of my PS4. I still love the AC series because I was clever enough to skip Unity and I live just down the road from London and have every reason to enjoy the historical yet familiar setting the way I've done previously in Venice and Milan. I think the real barrier has been that I picked up Black Flag some time ago out of a bargain bin and still haven't finished that first, so I've got some catching up to do there as a whole.

Randy Kalista
As some kind of spooky, radio freq, convo tree, teen drama, Oxenfree sat at the top of my Should Play List for the entirety of 2016. But I kept passing it up. Even as I snatched two more last-minute 2016 purchases on New Year’s Eve (Stardew Valley and Hitman), my mind kept wandering back to all the good things I’d heard about Oxenfree: it’s 1980s geeky, it’s poltergeisty, it’s pushing envelopes. I guess I simply had my fill of quirky indie adventure games over the past 12 months. I’m playing it next, though, I swear. Just like I swore all through 2016.

Chuck Husemann
Both of the games that I wanted to play this year were from Bethesda.  First off is Doom.  I remember downloading the original Doom from an FTP site when it was released and I was intrigued by the new game but never seemed to find the time to play it when it came out.

Dishonored 2 was something I was really interested but as someone who didn't get far in the first game I wasn't sure that the sequel would do much for me.  The game looks amazing and it seems like playing the first game isn't a requirement for playing the second one so this will be added to my list of games to play when I don't have anything else to play.

Thanks for reading, let us know what games you wanted to play but didn't in the comments below.