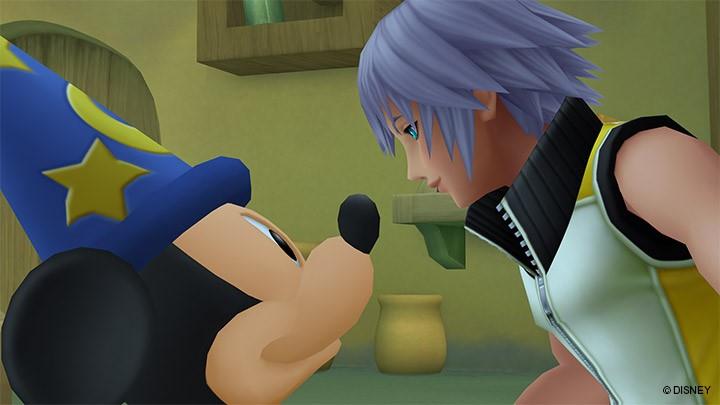 Kingdom Hearts HD 2.8 Final Chapter Prologue is made up of three parts.

Hitching a ride on the Kingdom Hearts wagon this far into the journey brought a steep learning curve. For beginners, Kingdom Hearts 2.8 is comprised of three parts. And not three chronological parts. The first part is a remastering of 2012’s Kingdom Hearts: Dream Drop Distance for 3DS. The second part is an assembly of cinematics from Kingdom Hearts X, set before the Keyblade War which brought on the events in Kingdom Hearts. The third and final piece is Kingdom Hearts 0.2: Birth by Sleep–A Fragmentary Passage, which contains original Kingdom Hearts content but is set before Kingdom Hearts: Dream Drop Distance…? The story to the Kingdom Hearts universe is all over the place. In a good way. There is a plethora of original content in the universe, it’s just spread out over a million games. That’s slightly exaggerated but you get the point. Even when you piece the puzzle together, the narrative is pretty ludicrous. Think worlds submerged in sleep while Disney and Final Fantasy characters work together to save the day. Merge the audacious narrative with delightful combat mechanics and an extended role-playing game experience and we’ve got a winner.

It’s nice to be back on console. I love my PC, and admittedly Overwatch has taken over, but there's something about playing console that brings back that nostalgia. And if it's nostalgia you’re after, Kingdom Hearts has incredible potential. Fair enough, Birth by Sleep–A Fragmentary Passage is pretty short and nothing like The Witcher or Mass Effect in length. I guess it only took four or five hours to beat. Pretty much the same as a Call of Duty game. However, it does have a huge inbred family of other games in its catalog. This means you can hop on board the nostalgia train at multiple stops. Choo choo. It’s a thoroughly enjoyable game, and although it looks to be somewhat of a reskin of Kingdom Hearts 2 from the PS2 era, it does a good job of delivering a current-gen experience. That being said, I reckon it to be a game aimed at hardcore fans of the series. I mean the game has its baggage. An incredibly convoluted story in the large suitcase headed for baggage claim, and half-ported mechanics in the hand luggage. Porting Kingdom Hearts 3D: Dream Drop Distance from 3DS, especially its touch facilities, to PS4 was always going to be difficul. But the developers did a pretty good job. I mean, it works most of the time, but it breaks the immersion. Kingdom Hearts 2.8 is a clunky, awkward game. Think of it as an old sports car. It’s got nostalgia, great style, and comes from good stock, but it’s got chipped paint, and the gear box grinds a little, but not enough that it ruins the ride. 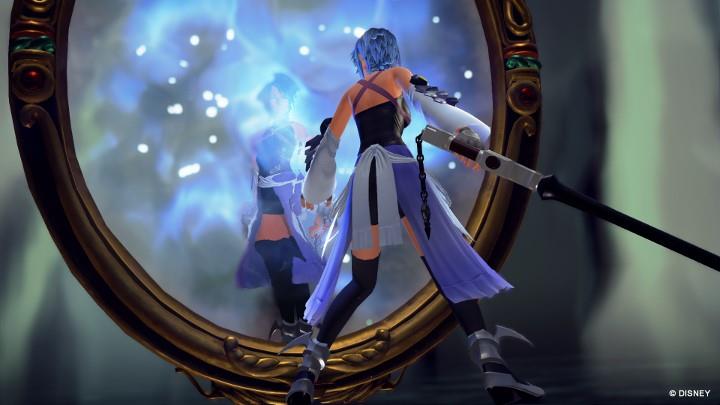 While I enjoyed the stories, and the stories within the stories, it does get a little heavy. Dream Drop Distance follows Riku and Soru’s storylines. If you’re new to the series (like me), it's already confusing, and having to swap between either character mid-stride is even more impacting. Every time the Drop Timer takes effect, the game switches you to the adjacent protagonist. Said adjacent protagonist is most likely in a different world—a magical Disney world at that. If that wasn’t jarring enough, the combat system is peculiar. I mean, it’s certainly not bad, it really does work, but the basic mechanics dilute the games immersive properties. To attack, you enter options into a dialogue box and your character reacts accordingly. However to equip an items requires you to dart away from the combat and back again. It’s not terrible, but it’s such a basic mechanic that doesn’t belong on current-gen console. It takes the intensity out of the fight. On a 3DS device, it’d be no problem, but on a television, the UI looks and feels isolated, like it doesn’t belong here. Another similar trait is found in the Angry Birds sim early in the game. Again, it works, but it feels like it was ported from the 3DS rather than remastered. Aside from that, though, the combat is pretty fun. You get rewards for pulling off certain combos and kills. For these you’ll get rewards, but only for Acqua. And leveling up your character's sprites before battle feels like it belongs on the 3DS. The Drop system is pretty cheap, slowing down time to lock onto different characters during combat is fine in, say, the Wastelands of Fallout, but I don’t see any Deathclaws here. I guess it’s for younger gamers who might need the handicap, but I think it's overkill. 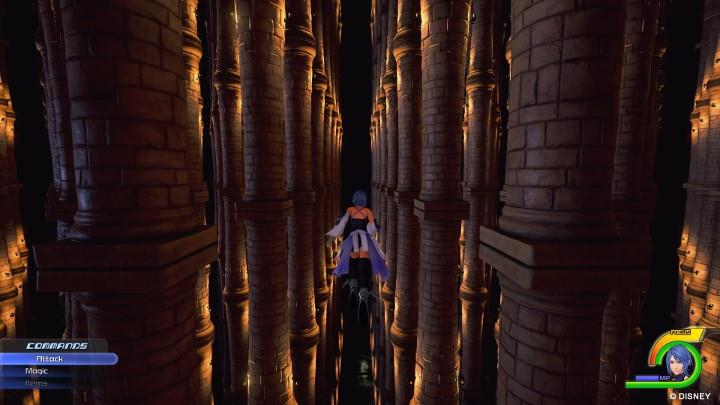 I found the assembly of cinematics from Kingdom Hearts X to be ill-placed. The narrative didn’t exactly go anywhere and, thrown into the same mix as Dream Drop Distance and Birth by Sleep – A Fragmentary Passage, it feels bizarre. I enjoyed it, though, don’t get me wrong. The setting is rich and has Kingdom Hearts' goodness. As a newcomer, I was totally lost, but I could appreciate the effort the developers put into feeding the starved Kingdom Hearts fans out there. It’s been so long since Kingdom Hearts 2 dropped that fans are hungry, waiting for Kingdom Hearts 3 to come. The 80-minute cinematic sequence adds more confusion and doesn’t answer much, from what I’ve read, in the Kingdom Hearts universe. Also, you’ll have to do a lot of that: reading or watching YouTube videos to appreciate where Final Chapter Prologue and 0.2 Birth by Sleep – A Fragmentary Passage as a game is coming from.

0.2 is stunning, though. Not cutting edge or boundary pushing, but it’s got such style. The visual effects during gameplay are subtly impacting, especially when combined with the cartoony level design and smooth character models. The colors are super vibrant, and the designers did a great job of breathing rich visuals into the game.

Kingdom Hearts 2.8 is thoroughly enjoyable, even as a newcomer, but it requires a lot of homework via YouTube clips and Wiki. The characters are varied and vibrant, and the lineup includes some classic headliners. It's a great taste of what's to come in Kingdom Hearts III, but I feel it's priced a bit high for what it delivers.