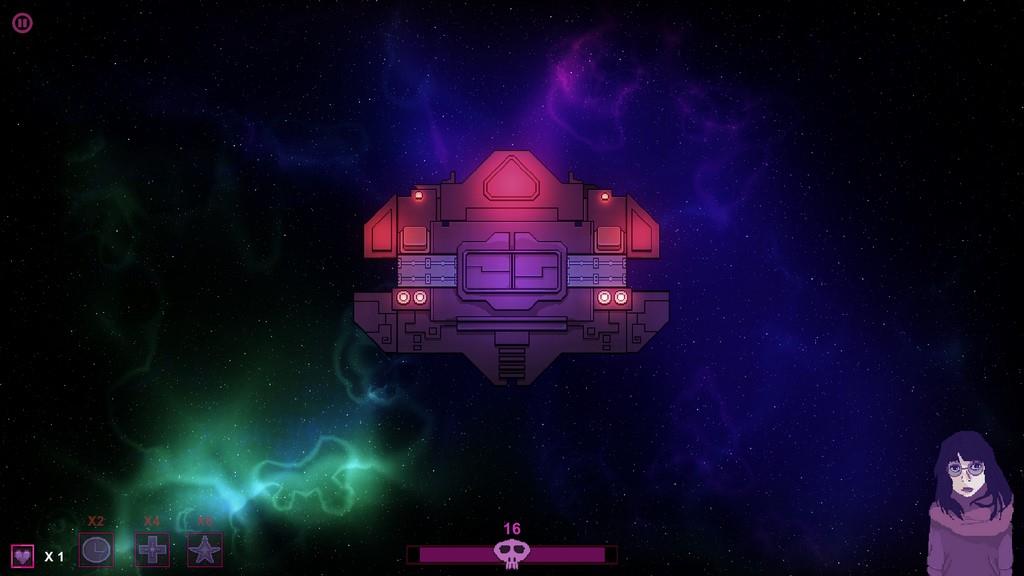 I have to admit that I was a little skeptical when a game whose primary claim to fame was “700 buttons to press” arrived in my inbox. Knowing nothing about imprint-X at the start (or the developer, Morgondag, for that matter, seeing as they’re a pretty small group over in Sweden), I couldn’t really understand how this was a good primary talking point, even for a 2D puzzle game. My impression from the press release was just that it would be a fairly repetitive game. As I soon discovered, however, there was a little more to it than just mashing buttons—though if you’re looking for something mind-blowing, this might not be the game for you. Relaxing at best, and utterly frustrating at worst, imprint-X definitely has its flaws but is admittedly a more enjoyable experience overall than I had anticipated. It's very difficult not to take a middle ground on this one; pros and cons abound.

So, before I get really into it, here’s some context. You’re in space, which is always cool. There’s an excavation of some sort happening next to a city-in-a-bubble on an asteroid in the rings of a giant planet. Try saying that three times fast. This excavation happens to awaken some sort of robotic virus. Little things that look like gooey one-eyed flies (called Wardens) infect humans and control their brains. You, a hacker clone, are awakened from what appears to be cryosleep to rescue infected humans by solving each Warden’s deactivation sequence—basically, a button-based puzzle. The game features 100 varied puzzles with mechanics ranging from memory to matching to symmetry to a bunch of other things.

Sounds pretty cool, right? Problem is, I wouldn’t have known half of that if I hadn’t read the press release from Morgondag.

One of the game’s most notable aspects is something I would have noticed very quickly even if I hadn’t read that press release: there are no words. Like, anywhere. The only places I ever saw anything readable were the credits and the title screen, which, to be clear, was only the title itself. I tried to slot this aspect into either a positive or negative category, but I can honestly see both sides. On a positive note, I understand that this lack of words was an intentional choice, and one that very well serves purposes of multicultural accessibility. Though minute specifics are hard to nail down, it’s easy to grasp the very general premise of the game—and similarly, to enjoy it—no matter where you’re from. However, it’s still pretty vague at times. The two cutscenes in the game, one at the beginning and one at the end, don’t supply all the information that’s needed to, like I said, understand why you’re pushing buttons in space in the first place. 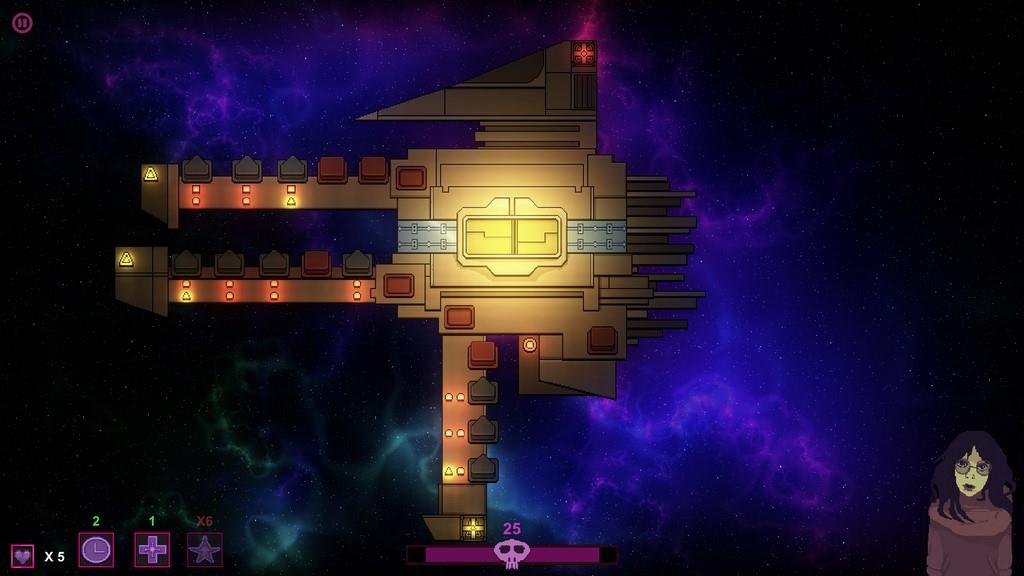 That lack of context is partly why I’m so critical of imprint-X from a plot standpoint. Barring the fact that I’m a sucker for really fleshed-out games, it’s pretty basic knowledge that plot is pretty much “go big or go home.” Some games work well if they’re light on plot. However, if you’re going to give your game a solid plot outline, you can’t skimp and leave details out. That, unfortunately, is what it feels like with imprint-X. Partially due to the lack of words, and partially due to just plain informational gaps, there were a number of times where I was completely lost on what was happening. Rather than just focus on the puzzles I found myself dividing my attention between the puzzles and the plot holes. For instance, why are these Wardens supposed to be nanobots, but somehow originate from an ancient (stone?) structure buried deep beneath the surface of an asteroid? Where did these hacker clones come from? And what exactly happened with that ending?

I’m being harsh as this game definitely has its merits, particularly when it comes to gameplay and mechanics. Don’t expect a fast-paced puzzle game with a severe punishment system; imprint-X offers a fairly relaxing experience with a good learning curve. It’s intuitive enough to the point where I, a person who loves puzzle games but kind of royally sucks at them, was working my way through pretty tough levels and not ripping my hair out. Every time the game introduces a new mechanic, such as timing, it gives you a fairly easy level to get you accustomed. Then it ratchets up the difficulty at a pretty good rate. 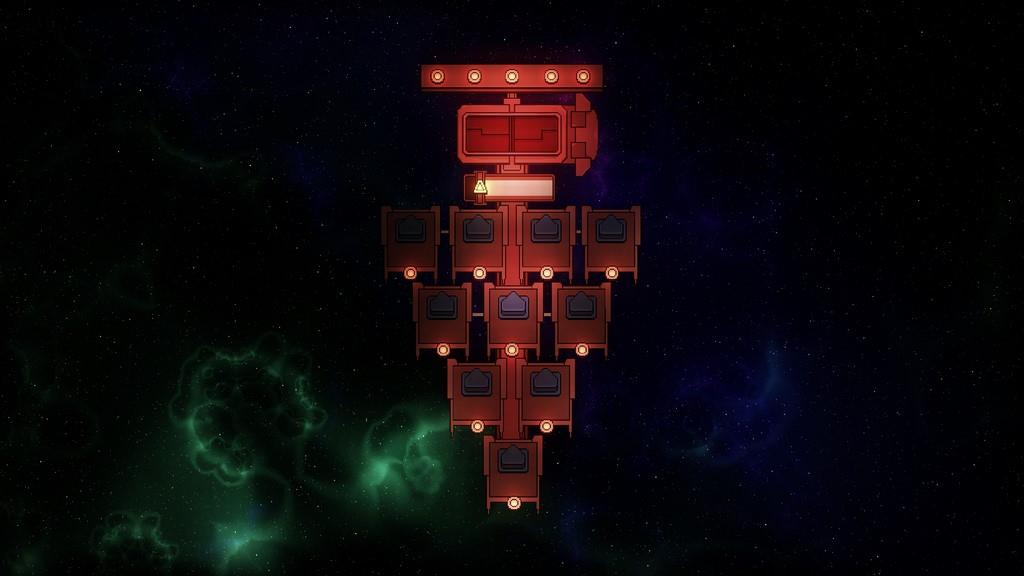 The biggest challenge presented by imprint-X is its click-based gameplay, and I mean that in a good way. Even though I mentioned earlier that there’s no severe punishment system, mostly because the game is often pretty lenient, your clicks and button-pushes are monitored. If you surpass the limit displayed at the bottom of the screen then it’s game over for you. Or rather, level over. The game just drops you at the start of that level again with no other notable penalties.

Speaking of that, let’s talk about penalties for a minute. At the end of every completed level, a little meter fills up a bit, and every time it fills entirely you get a heart. Now, for the first couple dozen levels I thought that those hearts were lives, and I figured that every time you lose against a Warden you lose a life. However, that’s not the case; when you lose against a Warden, you lose…absolutely nothing else. I think. Your number of hearts doesn’t decrease, and you don’t lose any of your power-ups. Those power-ups, for the record, are very helpful, if kind of overpowered: slow motion, a click meter refiller, and a little star thing that just lets you pass the level entirely. I’m sure I’m missing something here, but in theory it seems like you can lose an infinite amount of levels and not be penalized with anything but a loss of your time. Even though I’ve finished the game, I still find myself confused on the exact mechanics of the penalty system.

A tutorial might help here. Not to help teach the game itself, of course, since that’s fairly easy to figure out, but to convey to the players exactly what those weird icons at the bottom of their screens are. I was guess-clicking on them a lot without knowing what each did, which worked about as well as you’d think. There was a lot of restarting during that trial phase. 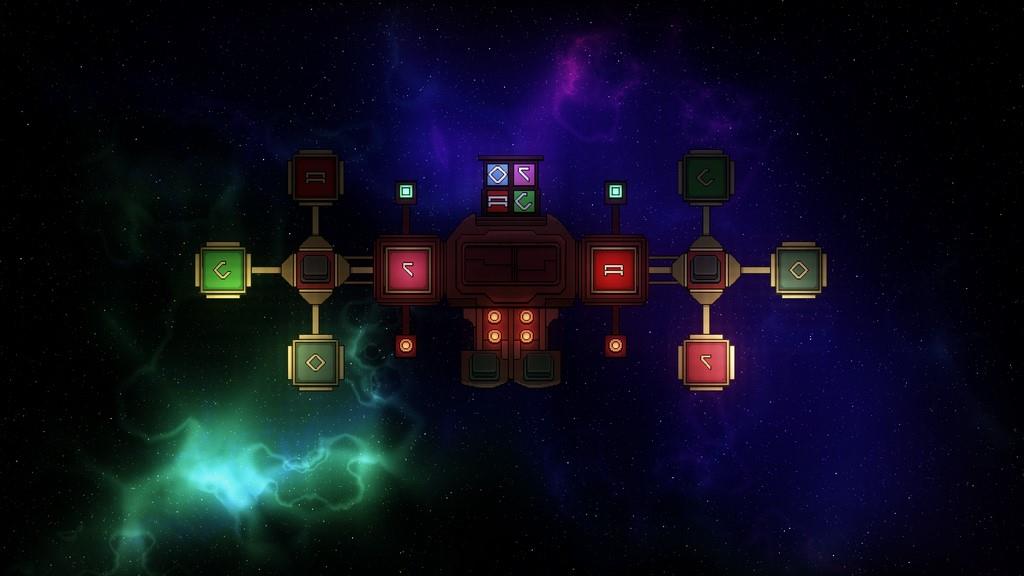 Let’s face it, though. If you play a game, you don’t play it to lose it over and over again; you play it to complete it. If there’s a plot, you play to find out what happens at the end. Well, the end of this game is…something. For one thing, I didn’t have to play all the content to get to the end—not even close. I’m not talking, “Oh, I didn’t play to find every single secret and get full marks on every single level”; I’m talking, “I can skip over half of the levels and still reach the end of the game.” Of course, I went back to play them. The game doesn’t lock you out after the end cutscene. But how can the evil boss thing be defeated when I’ve only destroyed a fraction of those Wardens?

Oh, and also, I don’t even have to get full marks on all of those levels. I’ve gotten minimal marks--like, the equivalent of zero stars--and have still been allowed to progress to the next level. At times, I’ve solved the puzzles by just muddling through, not even sure of how I solved it in the end, but still somehow moving on to the next puzzle. And the boss fights? Most games, when they introduce a new mechanic in a particular strain of levels, increase the difficulty of that mechanic until it all culminates with some form of boss battle that implements some hyper-version of that same mechanic. I personally enjoy that whole “this is what it prepared me for” shtick. But imprint-X? Not so much. Its levels will introduce cool mechanics like matching, symmetry, movement, and memory, but the “boss battle” puzzles are just timing. All of them the same. I thought that a stream of matching-based levels were preparing me for an uber-matching boss puzzle, but it’s invariably a timing level. Nothing to do with the preceding levels whatsoever. 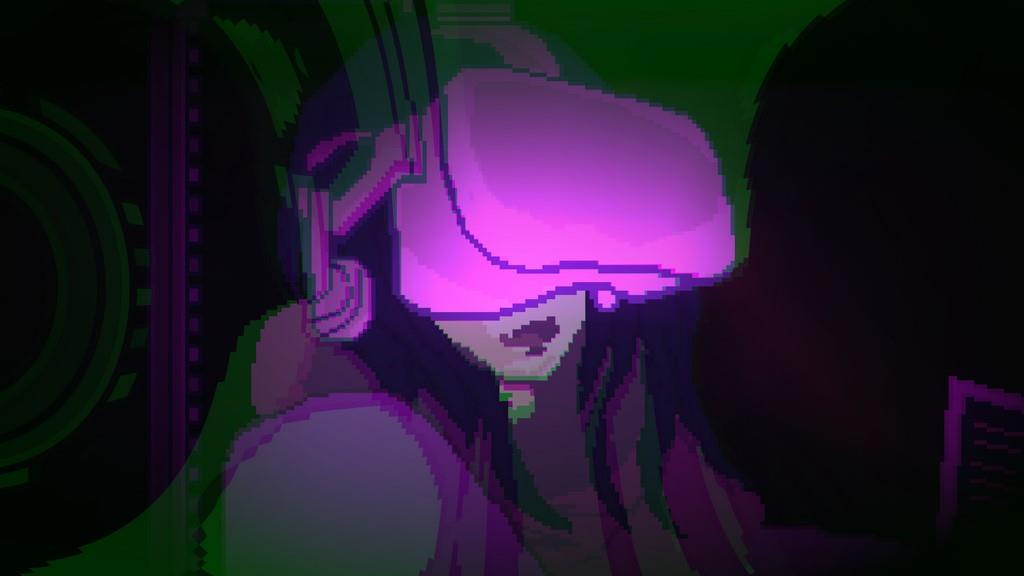 Personally, I didn’t despise said choice. I’m indifferent. However, it’s a notable aspect (that, per my indifference, I don’t outright call a flaw) that bears mentioning. I’m going to be honest: if I absolutely had to get full marks on every single level before beating the game, I never would have beaten it. Like I said, I love puzzle games, but royally suck at them.

I know I ragged on imprint-X quite a bit here, but it’s a solid game, especially since it comes from such a small developer. It’s not thrilling or groundbreaking, but it’s definitely a good choice if you’re looking to solve some puzzles while grooving to some futuristic atmosphere music. It's a pretty decent price for the number of levels you get. I’d say that this is a good game to grab for your phone to pass the time on those long bus rides. Don’t expect frequent updates with tons of new levels, though I’m sure Morgondag has something in mind so their content doesn’t become stagnant.

A good time passer, imprint-X is worth its reasonable price but isn’t a bastion of breathtaking gameplay. It has its flaws, many notable but none game ruining. Despite that, it definitely requires some brainpower. Don’t expect to be enraptured by days of scintillating gameplay, but also don’t expect to breeze through it on your first try.