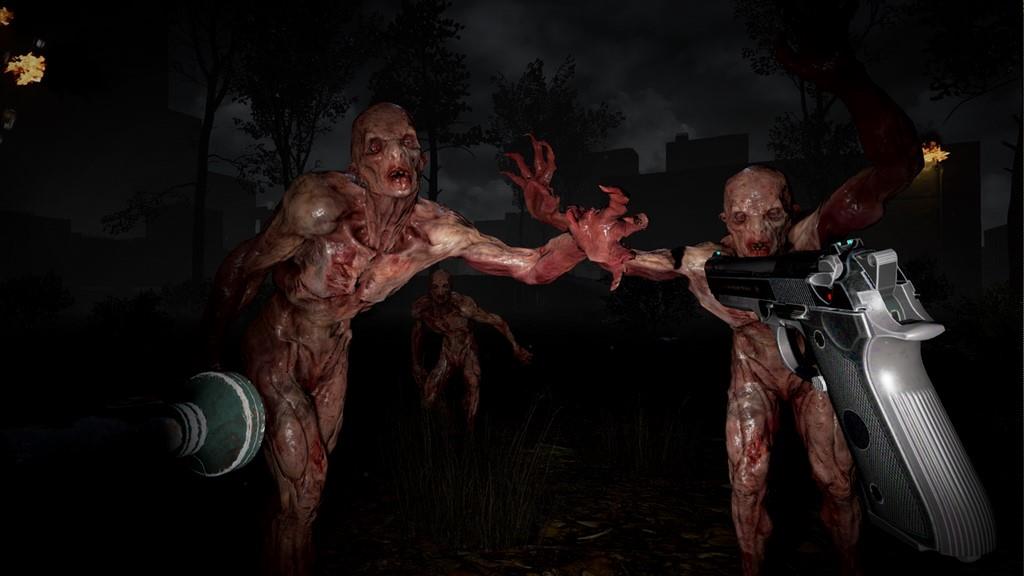 Written by Matt Mirkovich on 1/5/2017 for PS4   VR
More On: The Brookhaven Experiment

The VR experience is still in its infancy, and as a result we’re going to see a lot of games where players are limited in their movement. We’re hopefully not going to be seeing a lot of wave shooters, where you’re rooted in place with enemies homing in on your position, with limited resources to defend yourself. Hey that sounds a lot like Brookhaven Experiment! A shooting gallery wrapped in a Resident Evil and Silent Hill-inspired skin, with waves upon waves of enemies that are hell bent in making sure you don’t succeed in your mission. Now, I’m not poo-pooing the idea of the wave shooter, this is more me bemoaning the fact that since we’re in the early stages of VR, we’re going to get some shallow experiences, and Brookhaven Experiment is one of those games that manages to get by, simply because it was here first.

You’re a faceless soldier plopped into a variety of dark and scary locales, armed with only a sidearm and a khukri knife, or flashlight depending on the situation. There’s a couple of throwable weapons to assist in your survival. A flare gun will light up the area to make things more visible. Or there’s proximity mines for when enemies get too close. Chemical grenades leave puddles of acid that will damage enemies that traverse through them. Frag grenades do hefty damage, and stun grenades will do just that, and keep everything in place momentarily. The starting weapons can carry you through a majority of the game, but there are also hidden weapons and powerups to collect. Though they can be difficult to grab since their placement makes them difficult to hit, and given the lower fidelity of the PSVR headset, they aren’t always obvious to see.

Let’s talk about those visuals. Given the PSVR can be considered an entry level headset, it’s not going to have the best graphical capabilities. And while Unreal Engine 4 can produce some good looking visuals, there’s a lot of cut corners and frayed edges in Brookhaven Experiment. The gremlin enemies kind of just pop out of existence when killed. And the darkness hides a lot of drab textures that can be revealed when using an illumination flare. When enemies get up close they look pretty decent. But overall, this game isn’t that great looking. What is pretty impressive though, is the lighting, with the flashlight in hand you’re able to see light reflect off surfaces and it’s actually pretty handy. That is until you pick up the flashlight mod for the guns, then you might as well just keep that knife in your hands at all time. 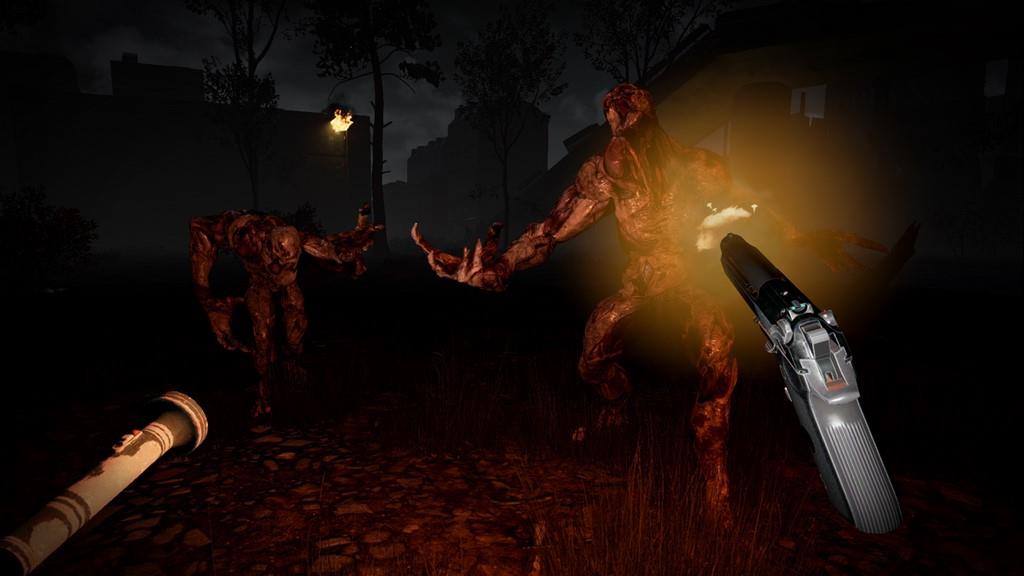 So the crux of Brookhaven Experiment: A portal was opened that allowed for all these monsters to come through, and now they’ve over run the world, everything’s been or is being destroyed, and you’re a faceless soldier who’s got to plow through all the zombies and monstrosities in order to accomplish the mission that involves sealing up this portal and saving humanity. The story beats occur between waves of enemies, and features some pretty uninspired-sounding dialog, like the actress couldn’t be bothered to do more than read the lines as if it were for some audiobook. The story mode will carry you through all the locales you can play which, in turn, will unlock some maps for survival mode for when you really don’t want the fun to end.

I’m being pretty facetious when I say "fun." Brookhaven Experiment is actually kind of boring. The only challenge comes from the game simply throwing more enemies at you than you can handle. Trying to snipe creatures from a distance is a bad idea, since there’s no real scope system to give you distance with any of your weapons, and given the sometimes dodgy controls—thanks to the PS Move wands—you’re going to miss a lot unless enemies are right on top of you. I’ve heard this is less of an issue on the Vive, so it’s disappointing to see that Sony’s decision to not update the controllers for VR has resulted in a worse gameplay experience. I’m glad that the developers gave this game a 180 spin button, which makes it easier to play this game while sitting down, since that allows for more precise aiming. 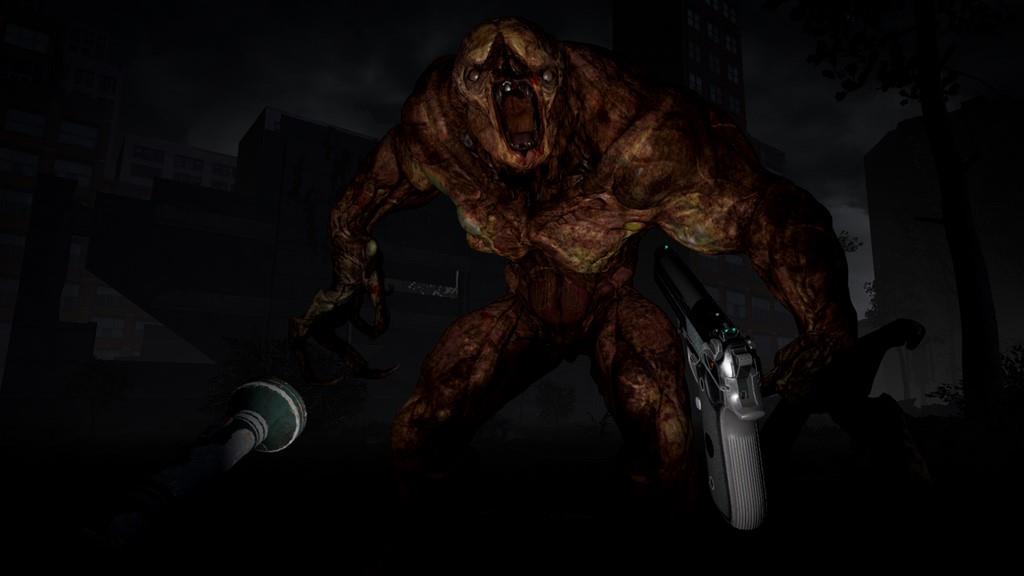 I went into Brookhaven Experiment not knowing what it was. And initially I thought this game looked particularly interesting. When the game starts you in the main menu, you’re in the middle of the desert with a massive monster lumbering about in the background. I thought this might be some grand adventure. So imagine my surprise to find that this game is just a wave shooter, and a mediocre one at that. The enemies follow slow and predictable patterns, as they meander through the shooting gallery towards your central point. The visuals are nothing special, and the same can be said of the story. Honestly Brookhaven Experiment gets by simply because it’s one of the first experiences like it on VR. But to be perfectly honest, I had more fun with the tech demo for Doom VR, and I waited three hours in line to play that. But given the low price point, The Brookhaven Experiment is a safe game to pick up if you want to pass the time or show off to some friends what the PSVR can do, outside of Rez Infinite.

The Brookhaven Experiment is a budget title, through and through. It strikes me as one of those games that you'd find in a VR Arcade, good for a quick hit. But if you can afford to go there, then you might as well grab this game and save yourself the trip.