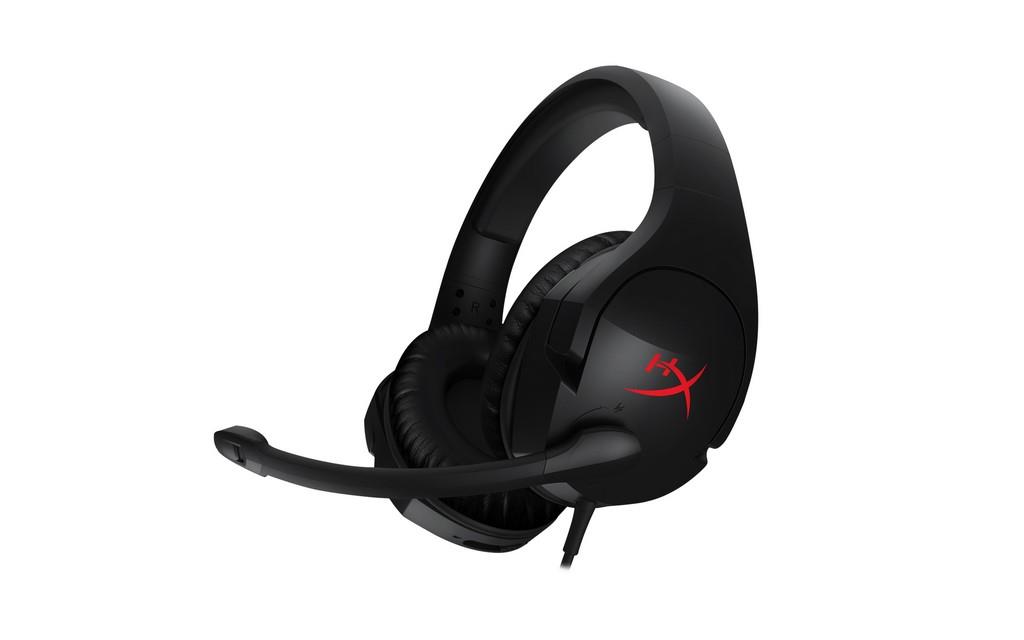 Written by Russell Archey on 12/20/2016 for PC
More On: HyperX Cloud Stinger Headset

A while back I checked out the HyperX Cloud Revolver headset.  As I had never reviewed a piece of hardware before I made sure to put it through its paces by using it with multiple systems and applications.  In the end it turned out to be a pretty good headset for the price and it became my go-to headset for my everyday usage.  Then I received the opportunity to check out the HyperX Cloud Stinger, a lower-end alternative.  How does the Stinger fare and will it quickly replace the Revolver as my go-to headset?  Let’s put it through the paces and find out.

Specifications/Physical Aspects:
First off, let’s take a look at the specs and features.  The HyperX Cloud Stinger is advertised to be used with the PC, Xbox One, PS4, Wii U, Mac, and Mobile devices.  Much like the Revolver, the Stinger features a 1.3 meter 3.5mm cable that then plugs into an extension Y-cable that’s 1.7 meters in length.  Unlike the Revolver though, the initial cable doesn’t plug into a box, but just another cable that splits into two other cables for your headset and microphone connections, each also a 3.5mm connection.  Much like the Revolver this lets you use the headset as a standalone pair of headphones for anything that uses a 3.5mm connection.  The microphone is unidirectional and noise cancelling.

The Stinger clocks in at just over a half a pound making it pretty comfortable to wear, though unlike the Stinger you do have to manually adjust each side to where it feels comfortable to you.  The microphone doesn’t detach but moves up and down and you can position it a bit to the sides to wherever it suits you.  The volume control is on the bottom of the right ear piece, a strange bit of placement in my opinion but it does eliminate the need of a volume control box.  I’ll get into that in a bit when I talk about the quality, you’ll also notice that there’s no mute button.  The microphone position determines that.  When moving it up and down you’ll notice a clicking noise.  When the microphone is up, that means it’s muted.  Lowering it about halfway un-mutes it.  I actually like this and I’ll get into why in a bit. 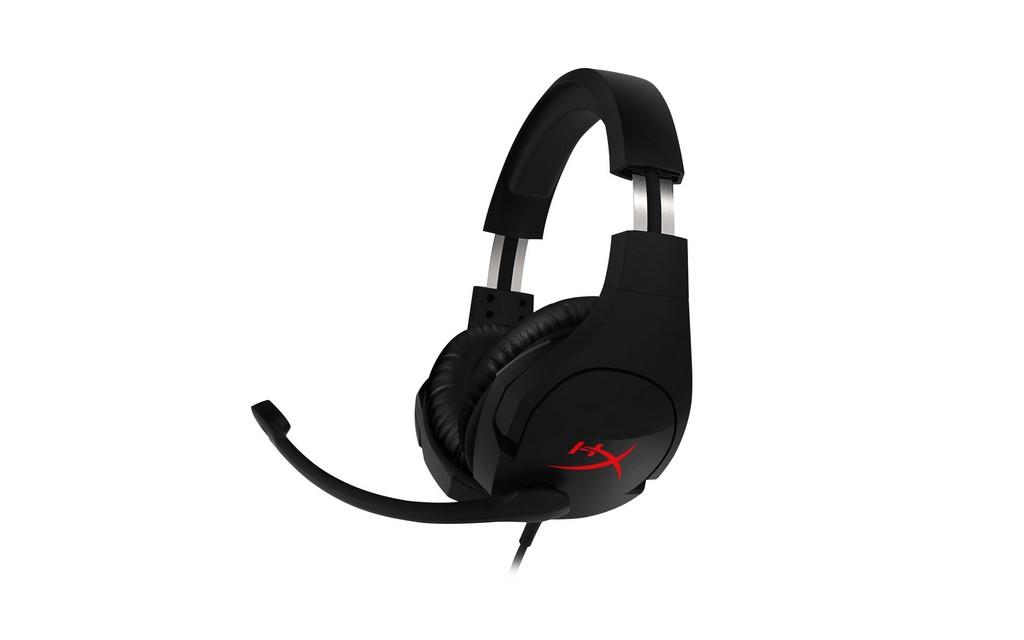 Headset Quality:
Much like the Cloud Revolver I put the Stinger through its paces with a variety of applications and uses.  As I do a lot of video creating and editing on my PC I’ve been using it with several video projects both with recording and listening.  To begin with, the audio quality is pretty solid.  Back when I did my review of the Revolver headset I mentioned using an adapter that came with an older Turtle Beach headset that allowed me to use any pair of headphones with any system that uses composite audio output.  I tried the adapter with the Stinger headset and the audio quality was rather faint.  I then switched over to the Revolver again and while it was louder, the audio was mostly mono unless I moved the plugs around in just the right way, so I’m thinking that’s more of a problem with my adapter and not the headset.  Then again I don’t know many people who would use a fifty dollar headset with an NES aside from me.

However, I did try the headset on anything I could find that natively had a 3.5mm audio output.  Outside of my PC this included my Wii U’s game pad and my 3DS.  In both cases I played a couple of games and the sound quality was pretty good.  Both devices have their own volume controls and putting both to max while putting the headset to max does set the overall volume to a somewhat loud level, but not overbearing.  Speaking of the headset’s volume, I mentioned the volume slider being on the bottom of the right earpiece.  The slider moves somewhat easily but not enough that you can accidentally tap it and randomly increase or decrease the volume; it does take a bit of effort to push it which is okay as it won’t just slide around everywhere.  My only real issue with this is that if you barely move the slider off of “zero” for lack of better term, you do get very quiet volume, but it only comes out of the left earpiece.  Moving it ever so slightly again puts sound in both earpieces.  That’s kind of strange, though I can’t see it being a real issue since I don’t know why you’d be using a headset at such a low volume level anyway, but it is a bit weird.

Microphone Quality:
Now we come to the microphone.  When I reviewed the Revolver one of my biggest issues was that it felt like I had to put the microphone pretty close to my mouth for it to pick up anything at a decent volume in certain applications such as Audacity.  The microphone with the Stinger is an improvement as I don’t have to have the thing right up against my face for it to pick up what I’m saying.  It’s not like you can have it far away and still have it clearly pick up what you’re saying at a good volume, but as long as it’s an inch or two away you should be fine.  The two applications I tend to use often are with Audacity and Nvidia GeForce’s recording function and the headset mic works really well with both.  While the output from Audacity can still be a bit on the soft side, the output using the GeForce’s recording function sounds pretty good when doing game recording.

Final Thoughts:
Overall, the Hyper X Cloud Stinger is a pretty solid headset for the price.  The audio quality sounds great when using the headset with various devices and the microphone quality is pretty good as well.  I’ll admit that I like the fact that the Revolver would adjust itself when you put it on whereas most other headsets, Stinger included, you have to manually adjust.  A lot of the time as I take them off or put them on I’ll accidentally move one of the sides meaning I have to keep adjusting them every time I put them on.  On that note though the Stinger’s main cord stays in the connector cable a lot easier than the Revolver’s cord stayed in the volume box.  With the Revolver the cord felt like it had minor issues staying in the control box and if it came out even slightly, the microphone didn’t work.  I have yet to have that issue with the Stinger.

In conclusion, I’ve really enjoyed using the Stinger headset over the past month or so that I’ve been testing it out and it became my go to headset for everyday use.  That’s not to say that the Revolver isn’t worth picking up as the quality is great if you’re looking for a higher-end headset.  However, for those looking for something a bit easier on the wallet, the HyperX Cloud Stinger is a great headset for the price.  If you’re looking for a new headset for your PC or console and don’t have a big budget, definitely take a look at the HyperX Cloud Stinger.