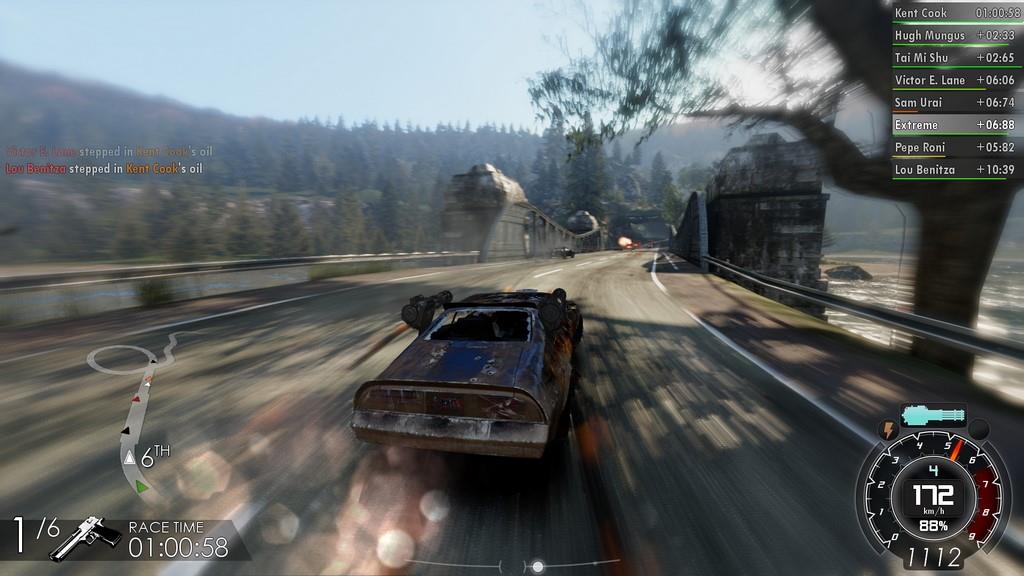 Written by Chapel Collins on 11/23/2016 for XBO
More On: Gas Guzzlers Extreme

Gas Guzzlers Extreme doesn’t make a good first impression. As soon as you boot it up, you’re greeted by your first of many inexplicably long load times. We’re talking often in the ballpark of 30 seconds. Then the intro cinematic begins, and the game immediately shows its age. It’s a 3 year old PC game that’s just now getting the Xbox One treatment, but it looks even older than that. I couldn’t help but be reminded of the generic racing games that appear at the arcade in Cici’s Pizza the whole time I was playing.

In a word, Gas Guzzlers Extreme is generic, but I don’t think it knows that. In fact, I think it thinks it’s really clever, but everything about it feels forced. The music is essentially the hard rock equivalent of elevator music, the off-color humor is never witty enough to work, even the game modes themselves feel half-baked. At its best, Gas Guzzlers is okay, but at its worst it’s simply dull.

The object of the game is to win enough races to advance to the three tournaments. There are three kinds of races: power races, which are your standard races; battle races, which are the same as power races, but with explosive vehicular combat; and knockout races, where the goal is to kill every other driver. By progressing, you’ll unlock access to new vehicles, weapons, and upgrades, all of which you purchase with the cash you get from racing.

Early on, you’ll get sponsored by a company that will give you bonuses if you win regularly. If you have a losing streak, however, they’ll drop you. Other sponsors will appear and offer to buy you out for more money the better you do. Have enough success, and sponsor events will be opened. These events will have you playing things like capture the flag and team deathmatch. They do mix it up a little bit and make things less formulaic, but there’s never really any reason to participate. You’ll never be short on money, and to be honest, a lot of the sponsor events are so clunky that I elect not to do them simply because I don’t want to. 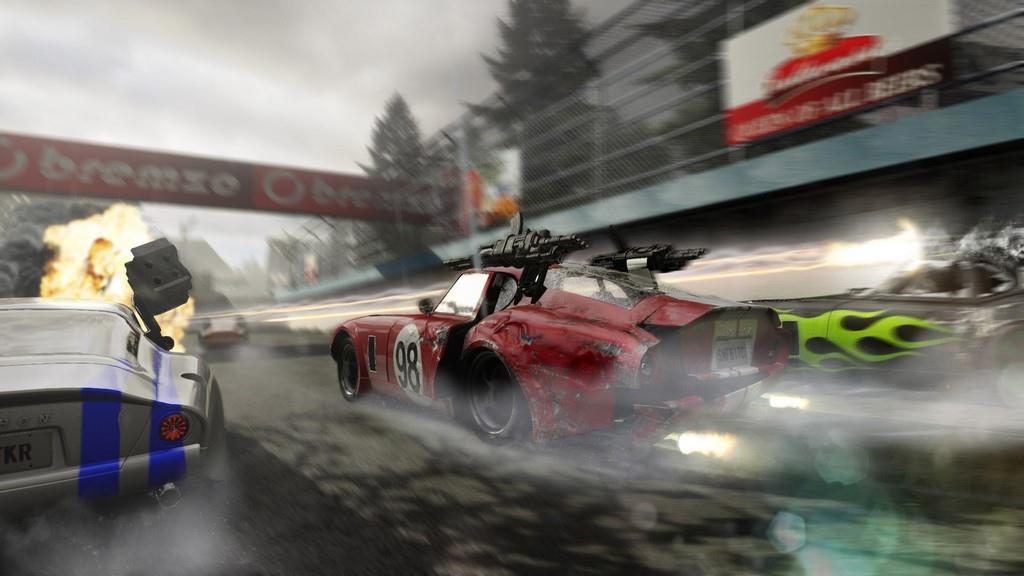 The game plays well enough. The driving is totally acceptable, if a little stale, but the vehicle combat can be really fun. There are powerups scattered around the courses that will repair your vehicle or give you bonus weapons, like mines or smoke grenades. Your main loadout has to be customized before the match, so you can find a set of weapons that you like and stick with it. The vehicles are all pretty tough, and there are enough repair powerups that it often takes quite a while to actually destroy an enemy. But it’s never frustrating—it just makes each kill feel earned. I would like if there was a little more variety in weapons and powerups, but for the most part the combat is very fun.

The problem is that it just never changes. With only three race types, it won’t be long at all before you’ve seen all there is to offer. This is exacerbated by the fact that there’s only about a dozen tracks, and they just repeat in a loop across every race type.

So, the obvious answer the problem of no variety is to go to multiplayer, right? Wrong! There’s no multiplayer in this game, even though there was in the PC version. The developers have said that they were unable to make it work on the Xbox One, which as far as I’m concerned, means they should not have ported it at all. Multiplayer should have been the heart and soul of this game, but instead your left with dumb AI players that mock you with their stupid names, like Lou Briccant and Bjorn Toulouse. 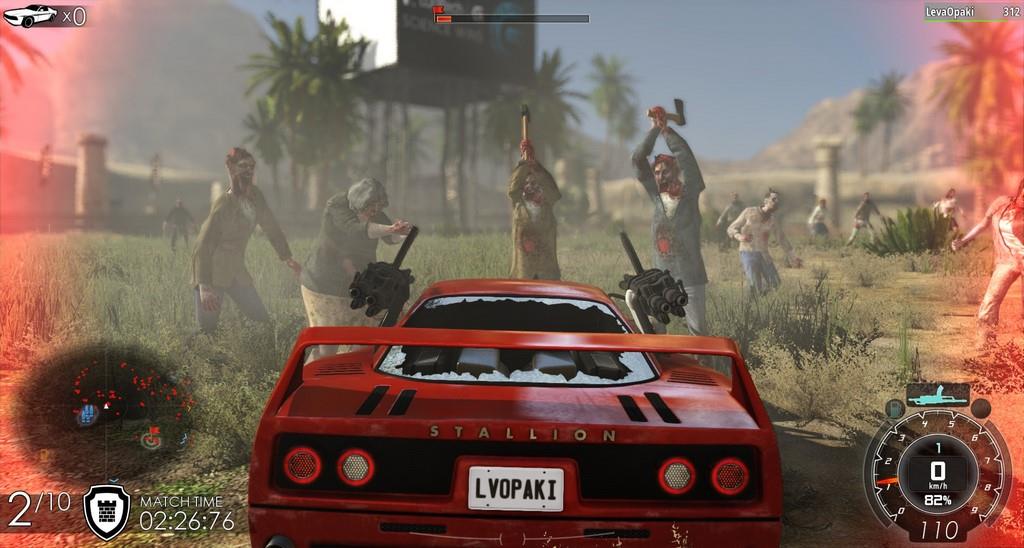 Continuing with the theme of generic-ness, there’s also a zombie horde mode, and it, of course, it’s not very good. It’s very run of the mill wave defense, and for the most part it’s just really boring. You drive around in circles and shoot zombies for around an hour, and then the game is over. Occasionally, the tedium is broken up by hot flashes of frustrating difficulty, when some of the monsters will pin you down and beat you until you die, with literally no possible escape. It’s bad.

Overall, there’s nothing really good about Gas Guzzlers Extreme, and there’s a few things that are bad, but the lack of multiplayer is so devastating to the quantity and quality of gameplay that I truly think the developers shouldn’t have released the game without it. It’s retailing for $25 right now, which is astonishingly overpriced for what you get. For the most part, it’s just painfully bland. I wouldn’t waste my time and money on this one.

A lifeless vehicle combat/racer with a gaping hole where the multiplayer should be, Gas Guzzlers Extreme is not worth your time. If you must, play the PC version for the multiplayer.