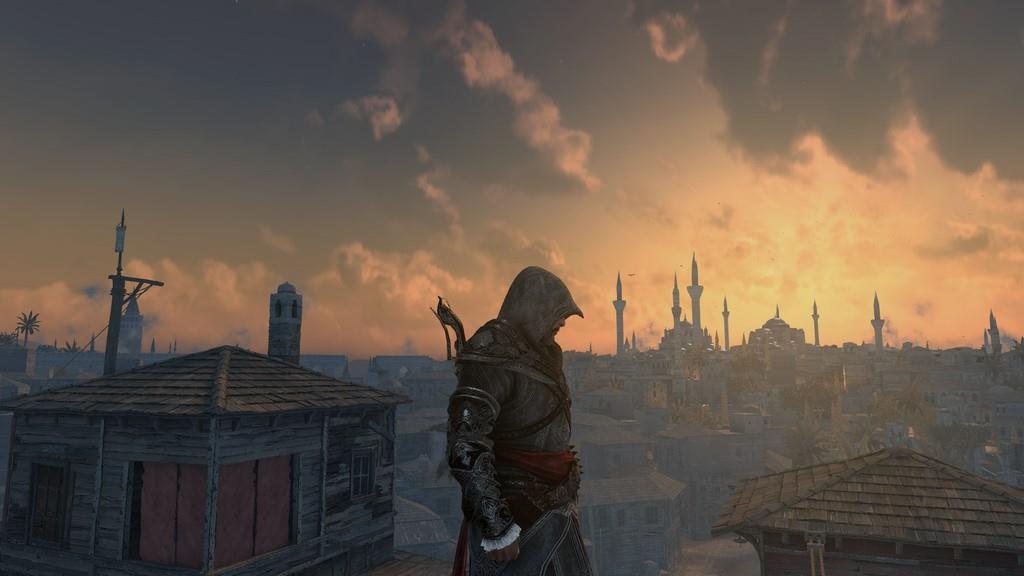 Written by Nathan Carter on 11/30/2016 for XBO
More On: Assassin's Creed The Ezio Collection

Back when the first Assassin's Creed game came out, I loved it. I thought it had a great story, great stealth mechanics and the introduction of that parkour mechanic of getting from point A to point B. After the original game however, I hoped for a sequel but at the time I couldn't have imagined the series would have grown into the massive franchise that it has today. Almost every year since then an Assassin's Creed game has been released. Some great (Assassin's Creed 3) some good (Syndicate) and some... well not so good (Unity). Unfortunately, Ubisoft didn't release a brand new game in the mainline series of Assassin's Creed titles this year but there was an Assassin's Creed related release with the Ezio Collection. This collection is great for people who are new to the franchise, that want to check out some of the older games in the series, but for fans that have already played these games, there really isn't anything special here to see.

The Ezio Collection is a pretty great bundle as you get three great games and probably the best story told in an Assassin's Creed game so far. The package includes Assassin's Creed 2, Assassin's Creed Brotherhood and Assassin's Creed Revelations and the campaigns follow the main character Ezio Auditore's life from birth to death and everything in between. The campaigns are split up so if you want to jump immediately into Revelations you can and all three of them have separate game saves so you can jump back and forth as you please. The collection also features all of the DLC that was included for all of the games after release. All three of the campaigns are pretty lengthy as well and the one thing that is great about this collection is that each of the games in the series, while a direct continuation of the previous game, has mechanics that make them stand on their own. Brotherhood introduced an assassin partner system and there are tower defense mechanics in Revelations. In my opinion, Assassin's Creed 2 is the weakest out of the three in the series but that doesn't mean it's bad.

In terms of the visuals, they can be hit or miss. Backgrounds and characters during gameplay segments can look great, especially when you synchronize. During cutscenes, when you are looking at characters up close, they look sharper but they can look almost blurry at times. Given the time when these games were released, I can look past that. Of course by now we have all seen the video of the random NPC in Assassin's Creed 2 but honestly I didn't notice anything like that throughout the games. It obviously exists but not so much that it's worth making a big deal out of. The games also run smoother as well at a capped 30 FPS, which means that all of the parkour and combat runs pretty smoothly compared to the original games when they had the tendency to slowdown at times. My main issue with the Assassin's Creed games in general is how a lot of them almost refuse to take the training wheels off. Six hours into Assassin's Creed 2 and I am still getting tutorial missions, which make a large portion of the game feel like one giant prologue. It's understandable to get tutorial missions at the beginning of the game when new mechanics come into play but these games space out those new mechanics so much that it gets really annoying when I am running through the map, completing main missions and side missions, and then I have to do some boring tutorial mission. 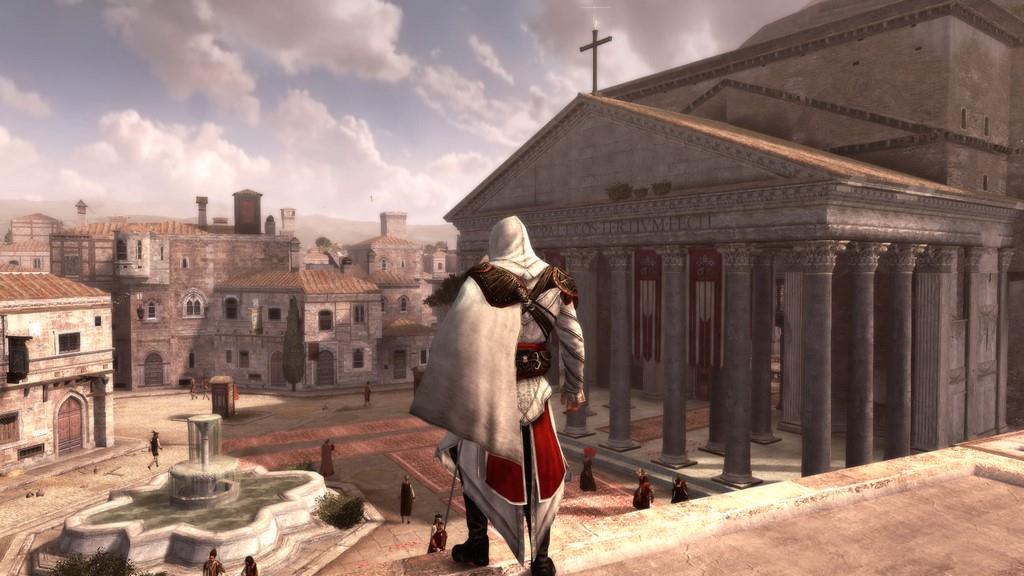 So who is this collection for? This is one of those rare times when it comes to these re-release collections that I would actually say that this isn't really for fans of the Assassin's Creed games that have been with the series for the start. There really isn't anything here that you haven't played before and if you already have these games on the 360 or PS3, you don't really need this collection. Assassin's Creed 2 is also on the Xbox 360 backwards compatibility list so unless you just absolutely love Assassin's Creed and must have it on your Xbox One, then I guess you could consider picking this up. Really I think this collection is more for the newer fans who joined the series at either Black Flag or Syndicate. If you haven't experienced the Ezio trilogy before, it's absolutely worth picking up and while the older games aren't as advanced as the newer ones, they are still fun enough to play through. There is the edition of Assassin's Creed Lineage and Assassin's Creed Embers. Lineage is a series of live action shorts and Embers is an animated film about Ezio late in his life, so they act as good bookends for Ezio's story. Still I don't think these are enough for fans who have already played through these games to drop $60 on this just for that as they have probably already seen them.

The only other thing that I should mention is that these are NOT ports of Assassin's Creed 2, Brotherhood and Revelations. It is simply the single player portions of all three games. That means that the multiplayer that was originally included in those games is not included in the Ezio Collection. It's not a deal breaker but it is something that should be mentioned if people are thinking about getting this hoping to play the multiplayer. There is also something else that I won't hold against the game, but I feel like it should be mentioned. Of course in all Assassin's Creed games there are usually two stories going on at once. In present day, we follow Desmond Miles who is the descendant of Ezio. Yes these games are about Ezio's story, and I don't want to get into spoilers but lets just say that Desmond Miles plays a major role in both the first Assassin's Creed and Assassin's Creed 3. So while this game does a great job packaging Ezio's full story into one collection, you aren't getting Desmond Miles' full story. That said, I understand that this is the Ezio collection and not the Desmond collection but for anyone wanting to get into the series, I recommend either playing Assassin's Creed 1 and 3 or at the very least, reading up on it. 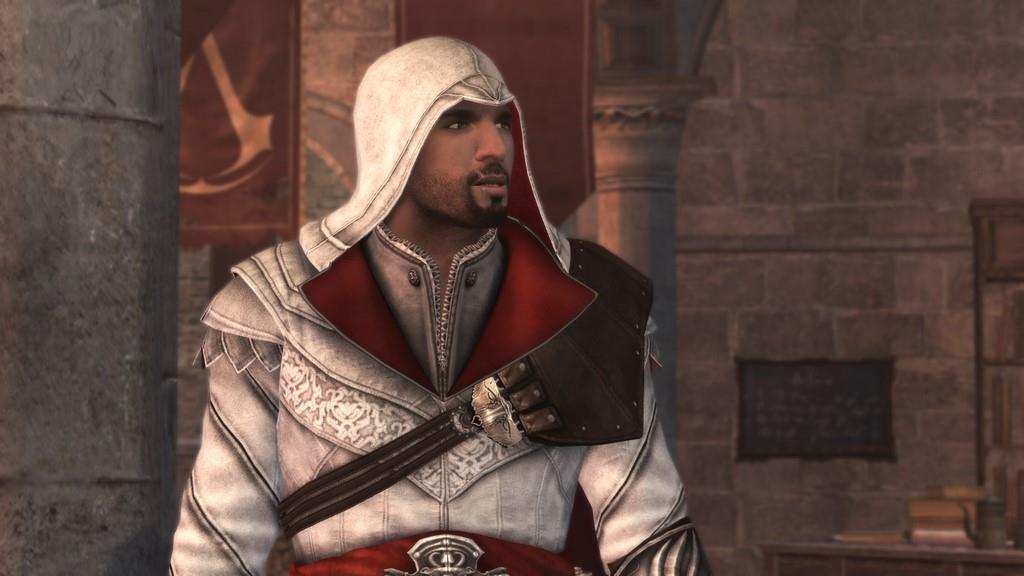 The Ezio Collection is a great collection for anyone with current gen consoles that missed out on the series years ago. The series has seriously evolved a ton between Assassin's Creed 2 and Syndicate but not so much that the old games become dated and unplayable. Fans that have been with the series since the beginning however, there really isn't much here to warrant picking this up as they haven't really added anything to the game. Unless you really want to play the Ezio trilogy again on your newer console, I would recommend just sticking with the original games on PS3, 360 or PC.

The Ezio Collection is a great bundle with three great games, but that's really all it is. Newer fans of Assassin's Creed that have missed out should absolutely check this out but fans that experienced it years ago really don't have much of a reason to pick this up.